How to Support #WomenInTech 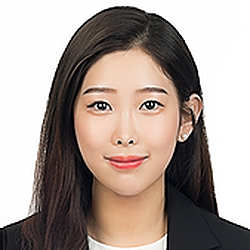 As a 19-Year-Old Korean woman, my journey into the tech industry has been fraught with difficulties that many people are fortunate enough to not even be aware of. Though statistics vary, only 20% of the U.S. tech industry is female, though obviously we make up around half the work-force. According to a WEF Gender Gap report, the situation is even more difficult in Korea, where:

"South Korea ranks 124 out of 149 countries in the world in terms of economic participation and opportunity for women."

This isn't meant to be a treatise or long-form complaint of the difficulties #WomenInTech face, but rather acknowledging the fact that those difficulties exist, and proposing ways for you to help the cause.
Nor is this an article about feminism—the reasons to support #WomenInTech are not rooted in ideology, but rather in cooperation and mutual benefit for all.
Even from a purely economic standpoint, supporting #WomenInTech is a logical cause.
Take a look at this statistic:

"The World Economic Forum says empowering women globally can bring $28 trillion in GDP growth within the next seven years."

Taking this figure down-to-earth, it's because inclusive teams make better business decisions up to 87% of the time. Clearly, #WomenInTech is an important cause, and it's more than just a hashtag.
So let's get down to it: How can you support us?

Decision-making power comes down to authority, authority is based on influence, and influence comes from attention. As they say, "attention is the currency of the Internet," so spending some of this currency on #WomenInTech is a huge help.
Here's a list you can get started with, though there are many more to follow. (P.S. To get started, please share this post on social with #HeyOne)

Starting to notice a trend? The point of #WomenInTech (at least the way I see it!) is to help give equal authority to those with equal merit, regardless of gender, and this can also be done by simply voicing agreement with any women in tech you agree with, which amplifies their viewpoints.
I'm not asking you to support anyone you disagree with, but to simply verbalize any assent you have with the opinions of marginalized women in tech.

Gender parity basically measures the gender balance of a given situation, with the Gender Parity Index (GPI) going into the calculations, but you don't have to always consider GPI. Instead, just keep an eye open to gender balance and be aware of it.
If you see several all-male tech panels, or tech events that are almost all men, you might speak up, invite women to attend, and speak with the organizer to try to achieve gender parity.
In a business context, if you notice that there's insufficient female representation in tech leadership, you might nominate a suitable female colleague.
You might also look for ways to modify the talent pipeline, and change job or event descriptions to be more open to female applicants. Basically, there's a million-and-one ways to take action towards gender parity, so I'd suggest to first look at ways close to home.
Look at your own startup or events around you, and see how you can help.

This article is meant to be one small step in the fight for gender equity and #WomenInTech, by sharing my ideas and hoping to inspire others to join.
I hope you can do the same, and share your own experiences!

Chances are, your friends mostly look like you. If you're a 20-something guy, you probably hang out mostly with 20-something guys. They're probably also in the same industry (or similar), wear similar clothes, and so on.
Basically, we like to hang out with people that we're similar to, because it's easier to bond when we have similar mindsets.
The same holds true for many mentor-mentee relationships, where the mentor and mentee have fairly similar backgrounds (minus age, and the experience that may come with it). This means that many tech mentors are men, and they mentor other men.
I'd advocate for you to reach out to #WomenInTech who may be looking for a mentor, and offer your advice as to how they can increase their standing in the industry.

What Are Generative Adversarial Networks and What Can They Achieve?...