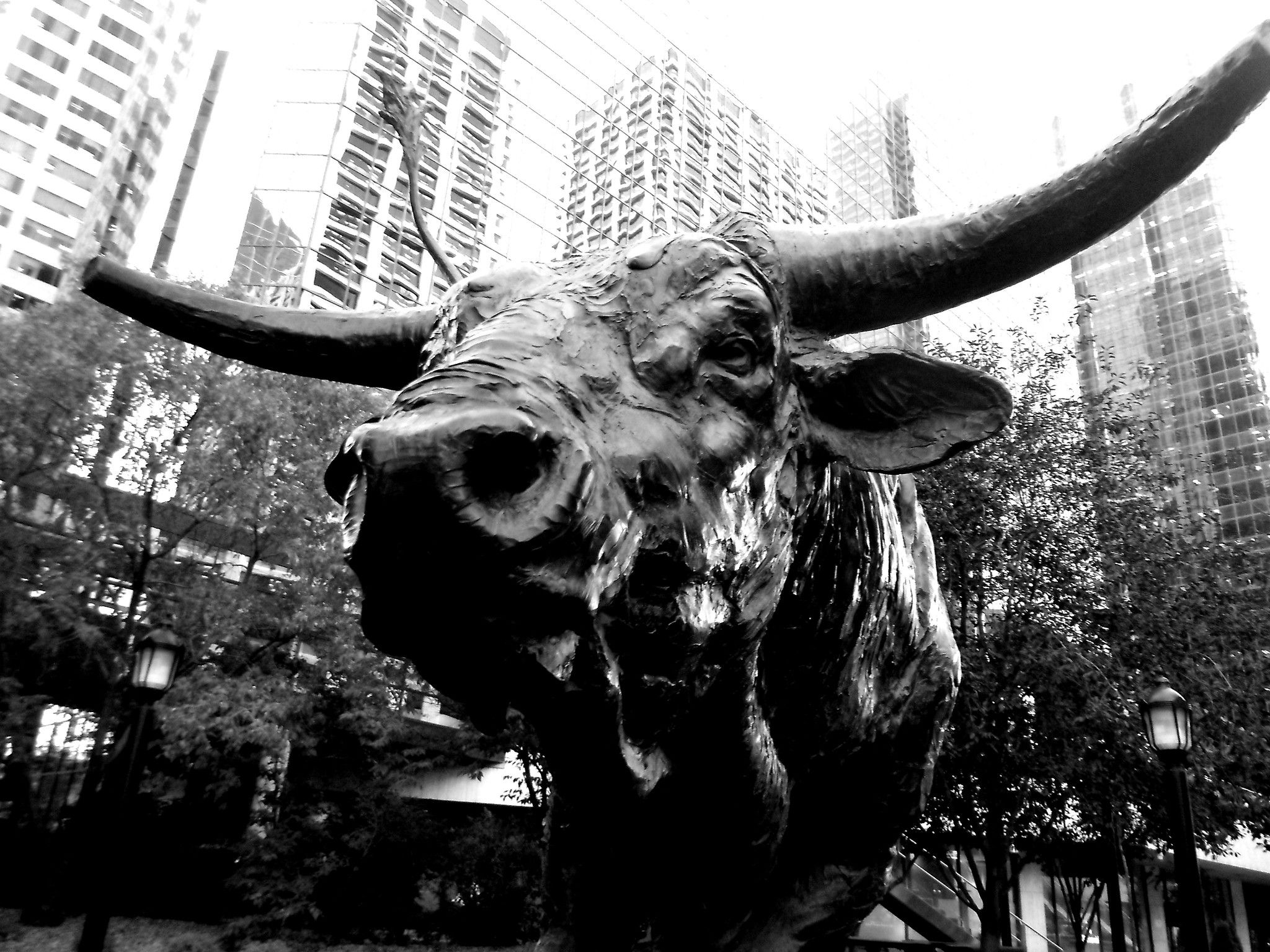 The cryptocurrency market is heating up and many are calling 2020 Bitcoin’s next “bull run” year.

But out of the thousands of cryptocurrencies available, it is hard to know which have a future without putting a lot of time and energy into researching them. I have done this research and in this article, I highlight 11 Altcoins I think have the greatest potential for growth in 2020. Please consider using my referral link when signing up for any new exchanges. 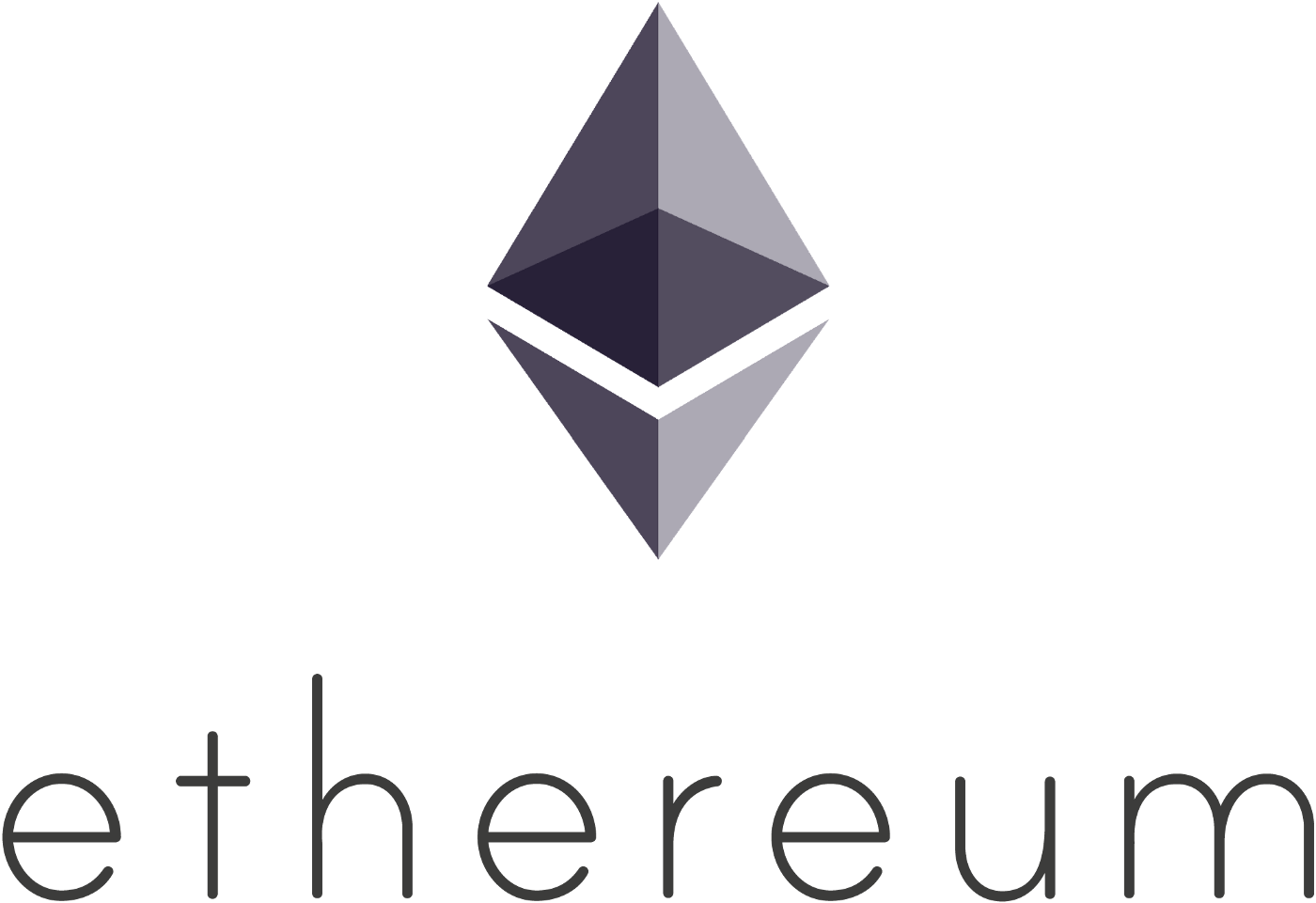 ethereum was created in 2015 and it remains my top altcoin. ETH has massive potential and has been called “the most undervalued crypto on the planet.” ETH is incredibly popular for two reasons. First, its smart contract technology makes it extremely versatile.

Second, the tools it offers make it easy for developers to build decentralized applications on its network. The use cases for Ethereum are vast and include this like banking and financial contracts, records and data management, prediction markets, escrow, and identity management and privacy.

Ethereum transaction time is fast compared to Bitcoin and for the past several years multiple new coins have claimed to be “ETH killers” but have come up short.

In 2017, Ethereum hype was at its peak and people started to wonder if it was going to overtake Bitcoin. This was dubbed “the flippening.” However, this didn't happen and it seemed people gave up hope the flippening would happen. However, recent innovations like tokenized Bitcoin make it possible — at least in theory — for Ethereum to capture a significant portion of Bitcoin transactions.

Buy ETH on Binance or Kucoin

While there are oracles that already allow blockchains to access data from the outside world, they are usually centralized, like Synthetix. Chainlink is distinct in offering a decentralized oracle service.

Buy LINK on Binance or Kucoin 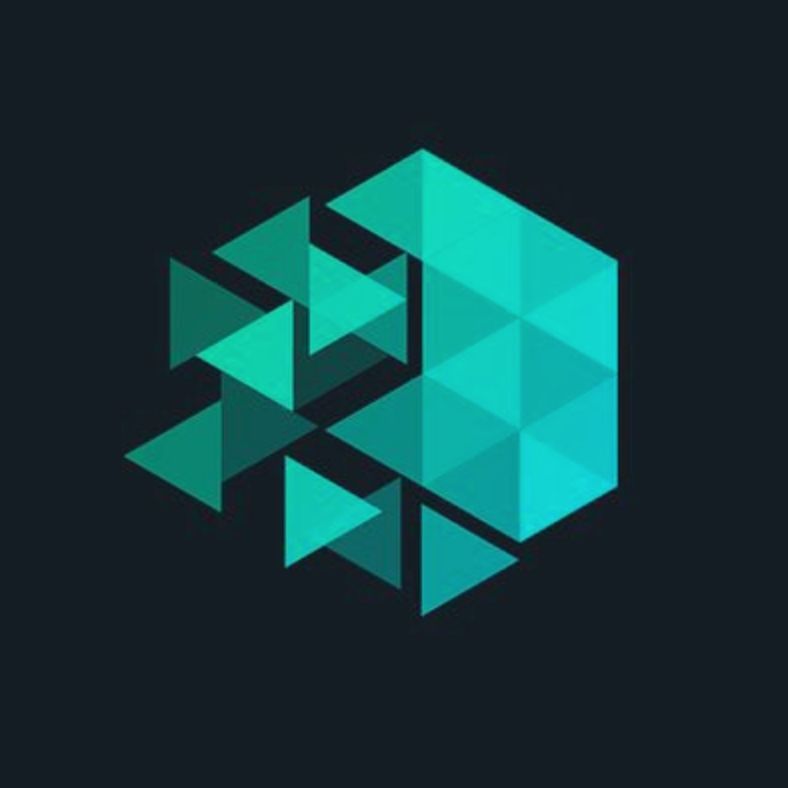 IoTeX is building a privacy-oriented blockchain platform based on the idea of integrating the Internet of Things (IoT). The IoT refers to digital interaction beyond computers and personal devices to include all the things around us with digital capabilities.

By 2022, the number of IoT devices is expected to surpass 50 billion. This mass of digital devices will need secure methods of communication and automation in real-time. This is the niche that IoTex is planning to fill.

The architecture of IoTeX is based on a root blockchain that provides security and governance for the network while managing various sidechains to carry out specific functions.

The sidechains connect IoT devices based on specific parameters, such as working in similar environments, having similar trust levels, or having a similar function. IoTex debuted UCam, which is a private and secure security camera.

IoTeX’s most direct competitor is IOTA. The main difference between the two is that IOTA uses Directed Acyclic Graph (DAG) technology to address scalability. However, this requires a global consensus. IoTeX is opting for another solution, called Roll-DPoS, which uses a randomized and scalable variant of the delegated proof of stake framework.

Buy IOTX on Binance or Kucoin 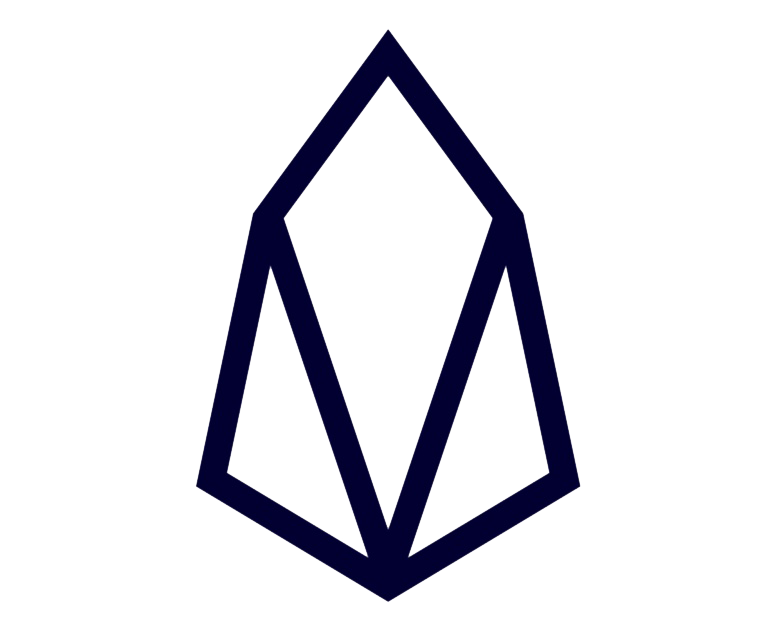 EOS tries to respond to some of the shortcomings of the Ethereum Network. To develop a dApp on Ethereum you need to use a special programming language for smart contracts (Solidity). EOS overcomes this barrier by providing some services to developers, including database and account management services, which do not require programming knowledge.

EOS is fast and more scalable than Ethereum. For instance, the Ethereum Network requires users to pay fees, while EOS transactions are free and take on average 1.5 seconds. EOS also has enormous and enthusiastic community support, and for good reason. The coin is not mined. Instead, block producers are voted in by the community.

Buy EOS on Kucoin or Binance

This is one I am especially excited about. The Republic Protocol creates interoperability for decentralized applications, which means it makes it possible for different blockchains to interact with one another for things like cross-chain lending, exchanges, collateralization & more.

REN started with the goal of making it possible to anonymously purchase large amounts of assets without a centralized third party providing the service of keeping the transactions secure. Ren eliminates third parties with the Ren Virtual Machine (RenVM), which uses a decentralized and trustless network of “Darknodes” to identify and exchange cryptocurrency assets across multiple blockchains.

Now Ren’s mission is to become the interoperable transaction layer for every major blockchain in crypto. On May 27th, 2020 it released RenVM SubZero, which lets users use Bitcoin, Bitcoin Cash, or Zcash in any DeFi application.

The REN token has two functions. It pays trading fees for orders made on the RenVM and it pays bonds to a smart contract that manages the Darknodes in the Ren ecosystem.

In 2020, the Ren Alliance was established, which is a consortium of DeFi projects with the purpose of bringing new users, investors, and developers to the Ren project. Some of its members including Kyber Network, Matic, Polychain Capital, and IDEX.

Buy REN on Binance or Kucoin

Algorand is a decentralized and permissionless public blockchain. The aim of the project is making a global borderless economy possible. To do this, Algorand is solving one of the major blockchain challenges. Namely, building fast and scalable cryptocurrency without trading off decentralization. The importance of scalability can’t be overstated high for the widespread adoption of blockchain technology. Current options like Ethereum can’t handle the traffic and Bitcoin is even more limited. Powering the global economy requires much higher throughput.

Buy ALGO on Kucoin or Binance 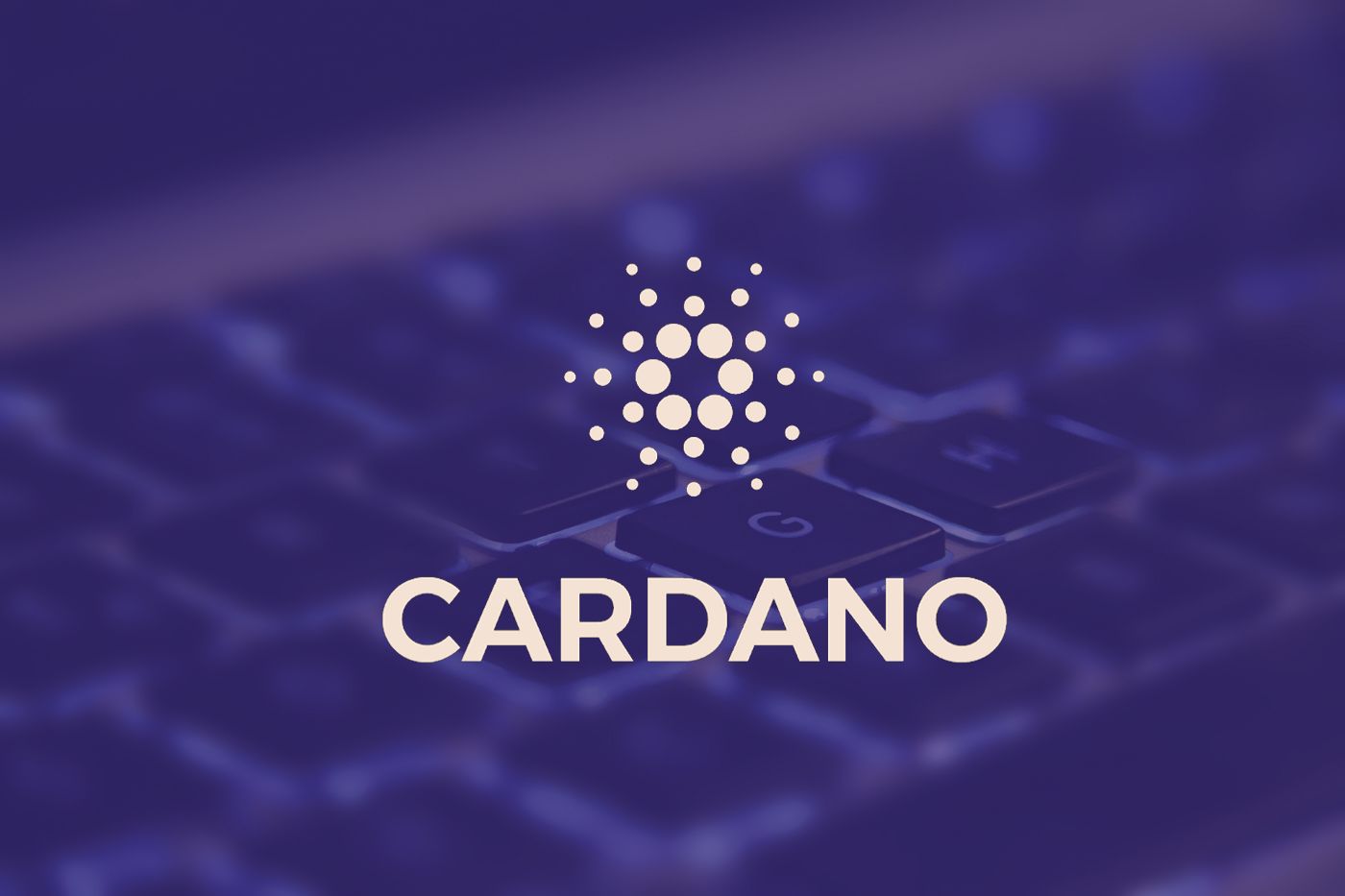 Cardano is a smart contract platform like Ethereum. What makes Cardano distinct is it is cognizant of the demands of government regulators. This straightforward but achievable goal is why Cardano is popular. It doesn’t claim to be trying to overthrow banks and governments. Instead, it wants to work with them. Cardano is correct on anticipating increased regulatory activity by governments in the cryptocurrency sector. Rather than creating another Ethereum copy, Cardano has developed its cryptocurrency network for their use case.

Buy ADA on Kucoin or Binance

COMP rewards come from participating in the ecosystem as a lender and/or a borrower. The COMP token also gives users governance rights within the protocol. This means users have a say in the future of Compound.

Until Compound came around, MakerDAO was the most popular DeFi project on Ethereum. MakerDAO lets users borrow cryptocurrency using Ethereum, BAT, or wBTC as collateral. The two most significant differences between the two projects are first the goal of MakerDAO is fundamentally to support the DAI stablecoin and second that Compound gives users additional incentive beyond interest rates (COMP) to participate in the protocol. 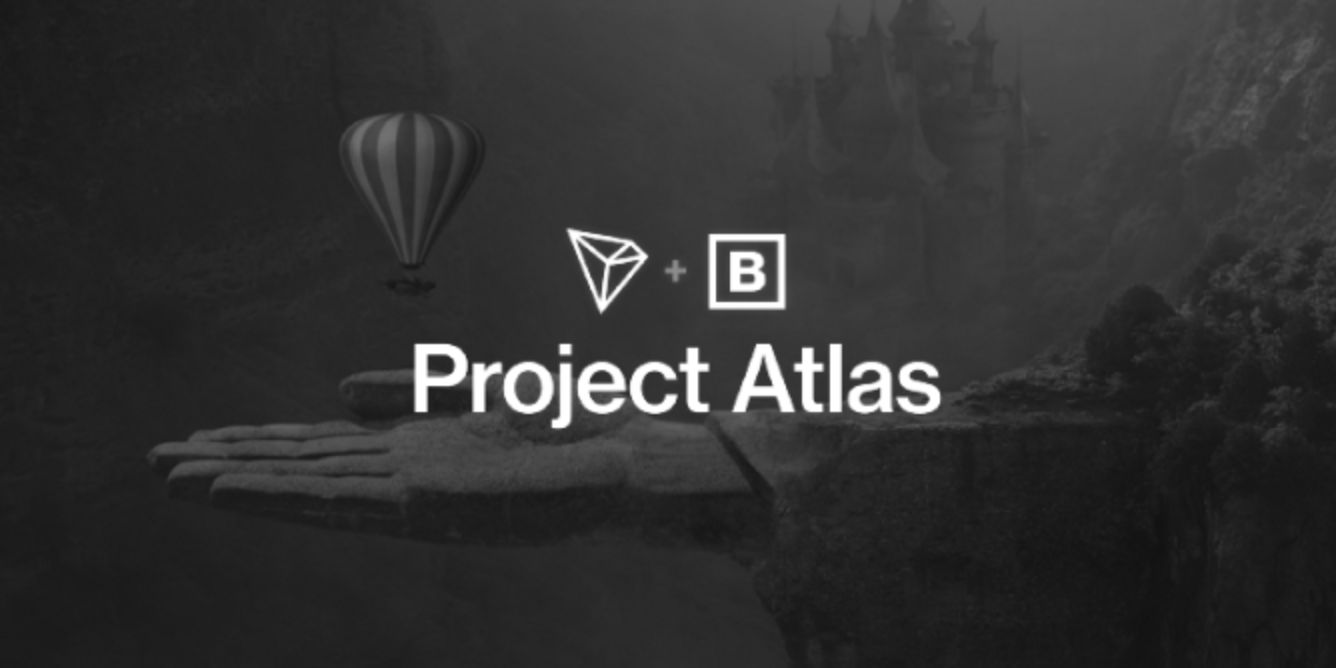 In July 2018, TRON acquired BitTorrent, the biggest peer-to-peer file-sharing protocol in the world. It combined its blockchain network and BitTorrent’s P2P network to create an infrastructure for a decentralized content distribution platform for a global user base. The partnership between TRON and BitTorrent was referred to as ‘Project Atlas.’

The TRON network provides the torrent ecosystem with storage and bandwidth. BitTorrent has always had an incentive model built into it where users who upload faster can download more quickly. However, with TRON’s blockchain BitTorrent can now compensate users with TRX tokens for participating and contributing. Users can also use TRX to access special features, like faster downloads. BitTorrent peers will also be able to offer TRX as an incentive for others to run clients on faster networks and seed torrents for longer periods of time.

Given the strength of TRON and how established BitTorrent already is, it is unlikely the BTT token is going to fail anytime soon. The BTT token is at a relatively low price and I can’t imagine it will not rise with the tide in the next crypto bull run.

Buy BTT on Binance or Kucoin 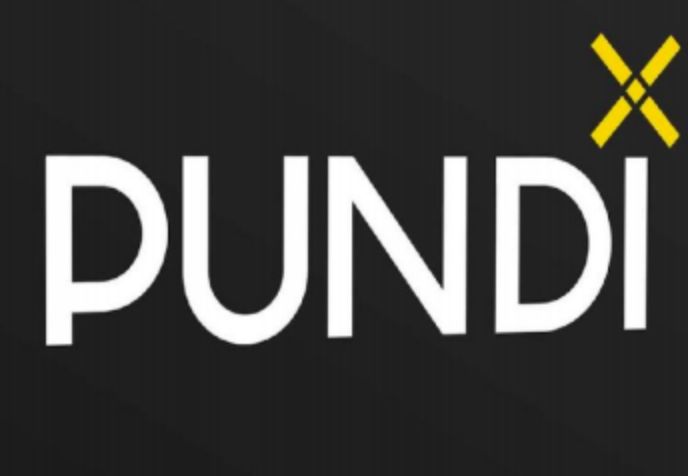 PundiX aims to use cryptocurrency to create a global cashless payment system. Its blockchain-enabled Point-of-Sale (XPoS) devices let shops, cafes, and convenience stores sell cryptocurrency and accept cryptocurrency payments. All a merchant has to do is have an XPoS in their store. Pundi has made several deals with real-world distributors of its devices. Most recently made a deal with a Canadian-based Bitcoin ATM operator to distribute XPoS in that country.

The device works with a mobile wallet called XWallet that lets customers make payments in physical stores. It has a simple interface for buying and selling BTC, ETH, XEM, and QTUM, as well as a check-out menu for making purchases with cryptocurrencies. For each transaction the XPoS prints a receipt and tracks orders and inventory for the store owner.

PundiX is an interesting project because it builds on the success of Pundi-Pundi, which is already a popular (non-blockchain-based) cashless payment app in Indonesia that uses smartphones to make instant payments in retail and restaurant outlets. The price of NPXS is also low at the moment, which means it will likely also rise with the bull market tide.

Buy NPXS on Binance or Kucoin

There you have it. The top 10 altcoins that I am the most excited to watch in the 202 bull market.

Follow me on Twitter and Medium if you want to learn more about blockchain and cryptocurrency. Thank you!