In 2016 Casey McGeever, an ex-coworker and friend asked me to have lunch with him and his wife Jocelyne. He had a proposal to make — he was developing a game, and he wanted me to join the dev team (as the only non-developing dev on the team) to help promote the game through its creation.

An interview with Casey McGeever, Founder & CEO of Heroic Games, makers of Ship of Heroes MMORPG

Casey wanted to make a game that brought the greatness of the old MMORPG game “City of Heroes” back to an audience of both new players, and the hundreds of thousands of players who never stopped missing the legendary game since NC Soft purchased City of Heroes from Cryptic Studios in 2007 — and shut down the game in 2012. 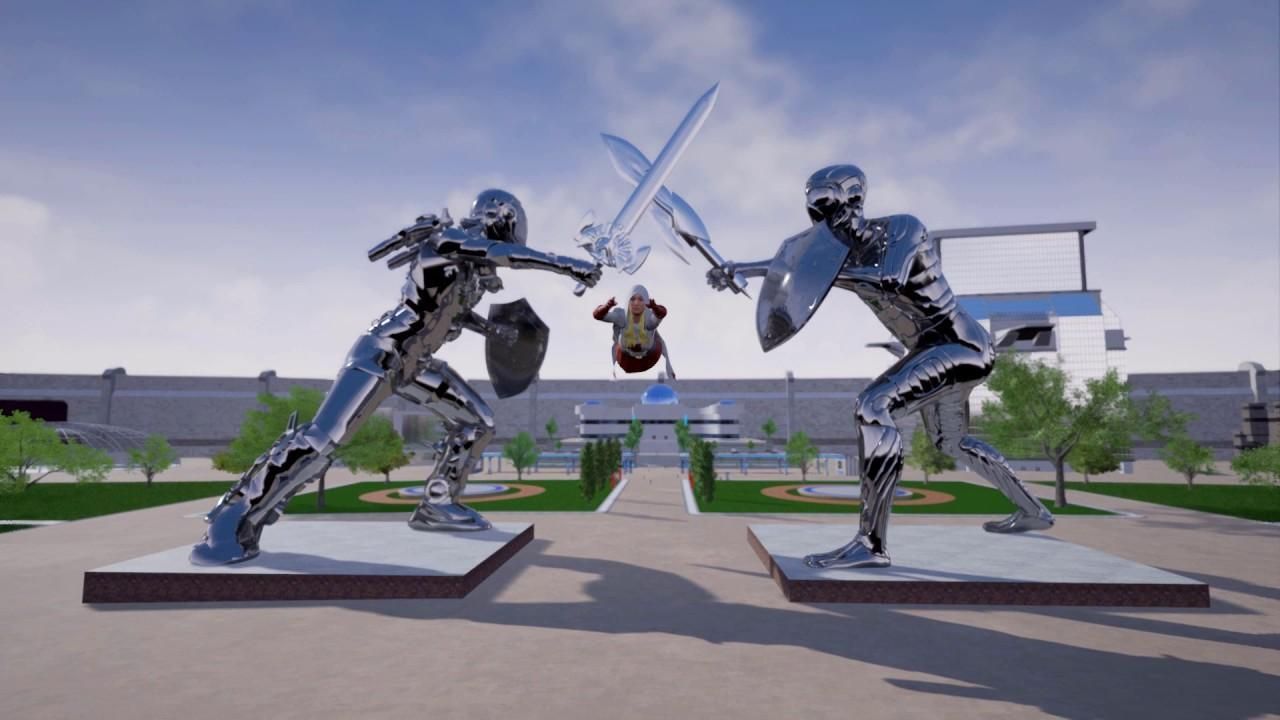 Game images are in the UE4 environment. Dr. Strikewell flies past the monument The Hill of the Beginning.

Full disclosure: I never played City of Heroes. Not because I don’t love games; I have been a gamer all my life. Role-playing games (RPGs) were an indelible, formative part of my childhood — but they were always a pencil and paper affair. I had missed out on MMOs almost completely as a phenomenon, but I loved the idea of working on a game, so I came on board the “Ship of Heroes” team, first as a volunteer and later as a gently compensated contractor.

Over the past 4 years, I’ve learned a lot — about the Super Hero MMO fanbase, about PC Gaming and MMOs in particular, and about the byzantine process and outrageous misconceptions of developing this particular genre of games.

But rather than make an article from my PR POV, titled something like “When you introduce your MMO, everyone assumes you are a fraud, lying, or a lying fraud”, I asked Casey for his insights on making the big game — because make no mistake, any MMORPG is a “big game” compared to a single-player game. 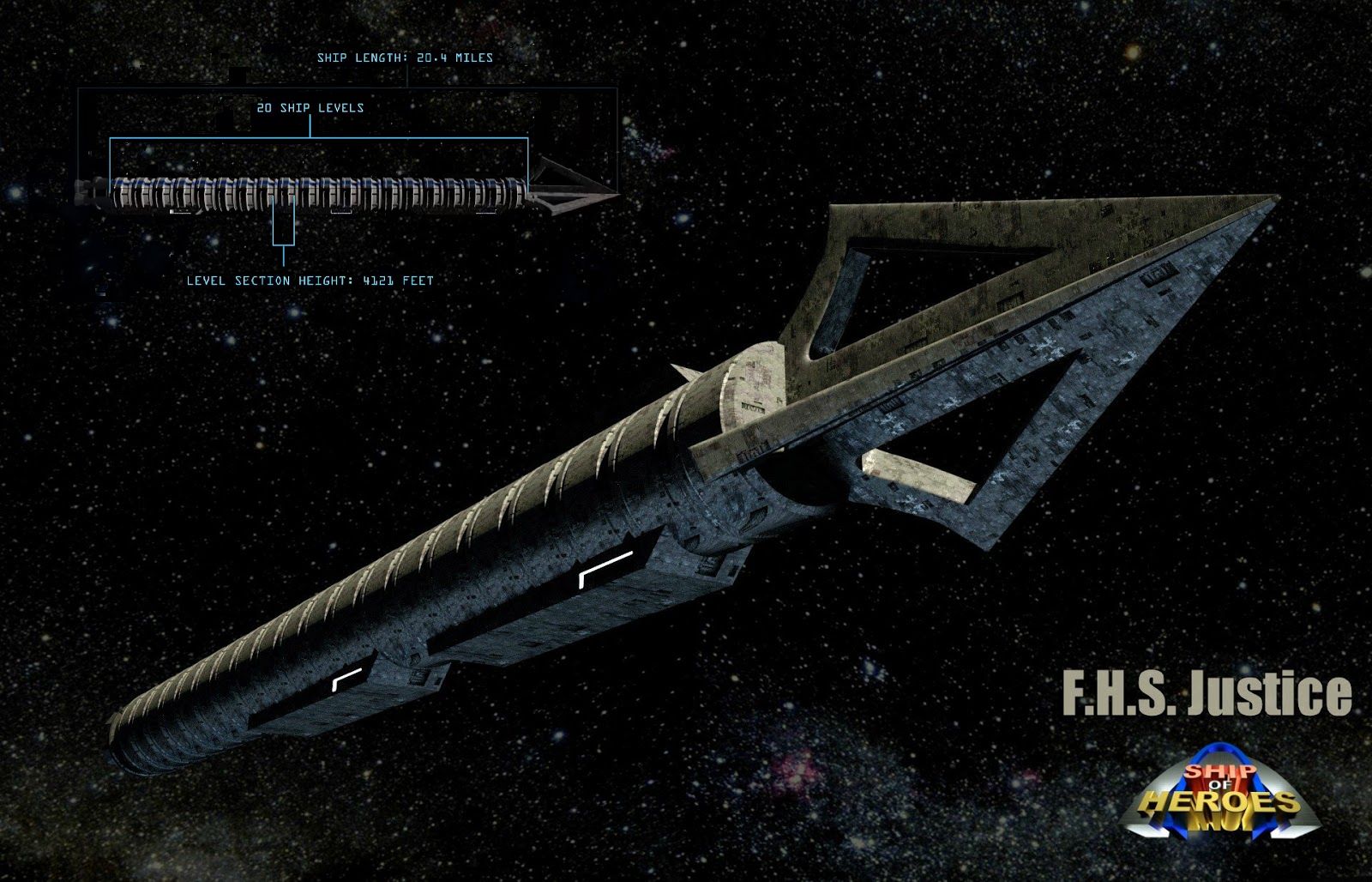 Can you tell us about the concept of the game? What makes it new and different?

Ship of Heroes is about a generation ship in the 25th century, moving from world to world and defending the edge of human-controlled space. It is a political entity all its own, a nation in space, as are each of the Heroships.

Space has changed mankind. Mutation, exposure to new materials, and the effects of space itself have molded humanity in new directions. The ship is mostly populated by regular people, but there are also mutants, superheroes, magic practitioners, cyborgs, aliens, and mixes of various kinds. So we have a completely new setting, but with a mixture of popular themes running through the story. Superheroes in space kind of summarizes it.

The game itself is different in several ways. First is the positive community. If someone is harassing players with foul language or political rants, we’ll silence them in chat. If it keeps happening, we’ll boot them from the game. We’re creating a non-toxic playing space for an essentially social game. And we’ve already attracted a very nice audience; Ship of Heroes is an MMO where it’s safe to join a PUG and hang out with strangers.

Another element is that we’re creating the backstory, not the story. You, the player, create your character, which can look different than every other avatar on the server, and have individually enhanced powers with unique stats. You’re not playing Batman here, and you are not constrained to Batman’s backstory. In this respect being in space helps, as we are not following any other setting or movie’s rulebook.

Coming into the videogame development world, what has surprised you the most?

“…the indie sector is far more entrepreneurial and creative.”

I have been most surprised by how innovative the videogame world is. When people think about the game industry, they tend to think of big names that do endless sequels and reskins. But the indie sector is far more entrepreneurial and creative. There are thousands of small teams like ours exploring new ideas and creating their dream games, and quite a few are succeeding. This has created an ecosystem where game developers have access to a huge array of tools, contractors, and art, not to mention a few incredible game engines. All of this is very positive for “the little guy”.

No one can know what cool features a big game engine like Unreal will add during a multi-year production cycle, either. Heroic Games has paused to incorporate several surprise additions like replication graphs, and the game is better for it — but we didn’t know exactly what we’d get until Epic released that information. 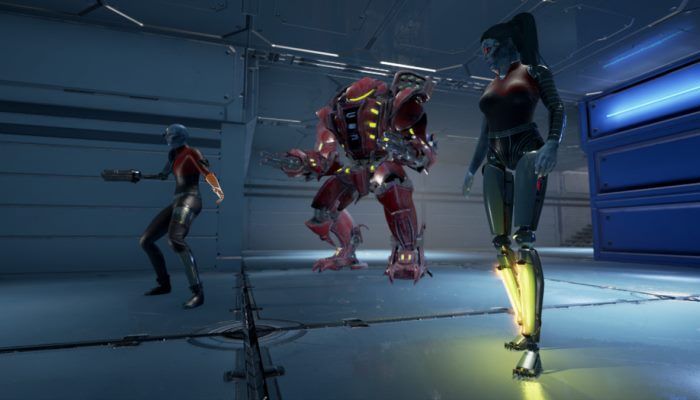 The Prometheans, a cybernetically-enhanced cult that worships technology and hate “unearned” superpowers. Assets like these had to be built from the ground up.

“…there’s very little that can be just plugged into an MMO and used without modifying it.”

On the other hand, there’s very little that can be just plugged into an MMO and used without modifying it. 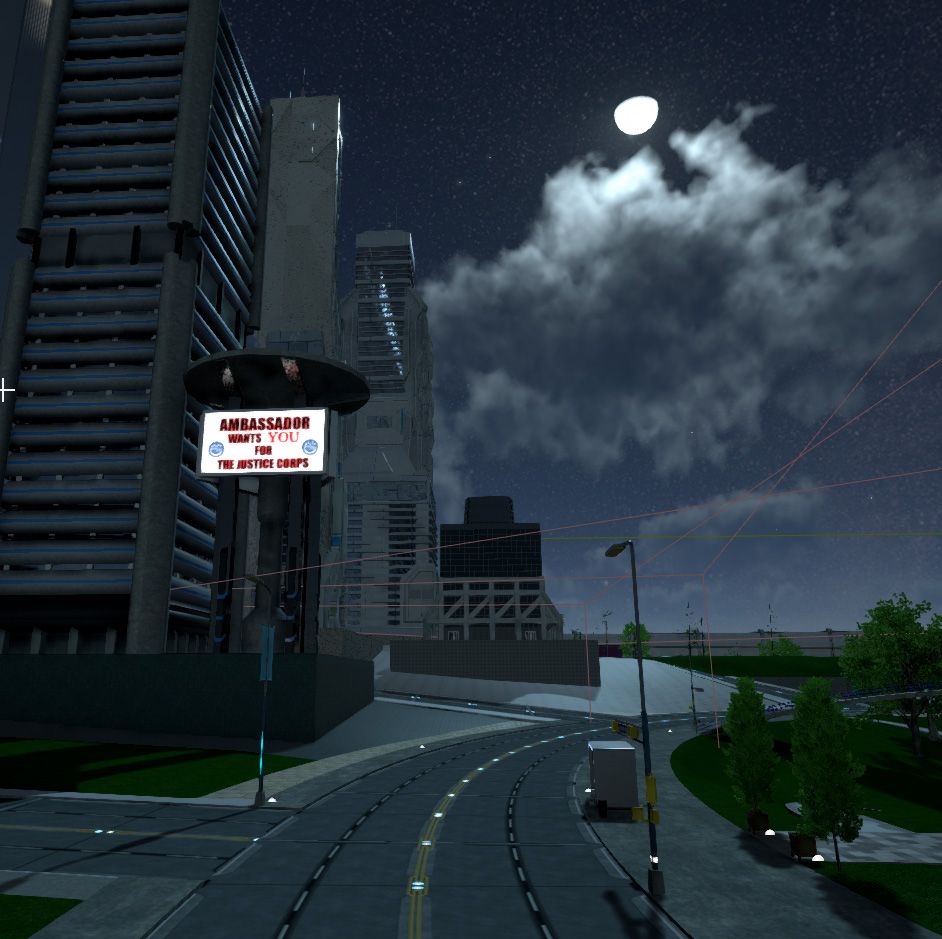 Apotheosis City (the starting board for Ship of Heroes) at night.

Now that you are seeing behind the curtain, as a developer rather than a player, what has surprised you the most?

Games should be all about delivering a great player experience. After all, that’s why we play! In multiplayer games, we also have to contend with how the other guys play, and whether they are fun to have around. But very few development teams really seem to design around this point. 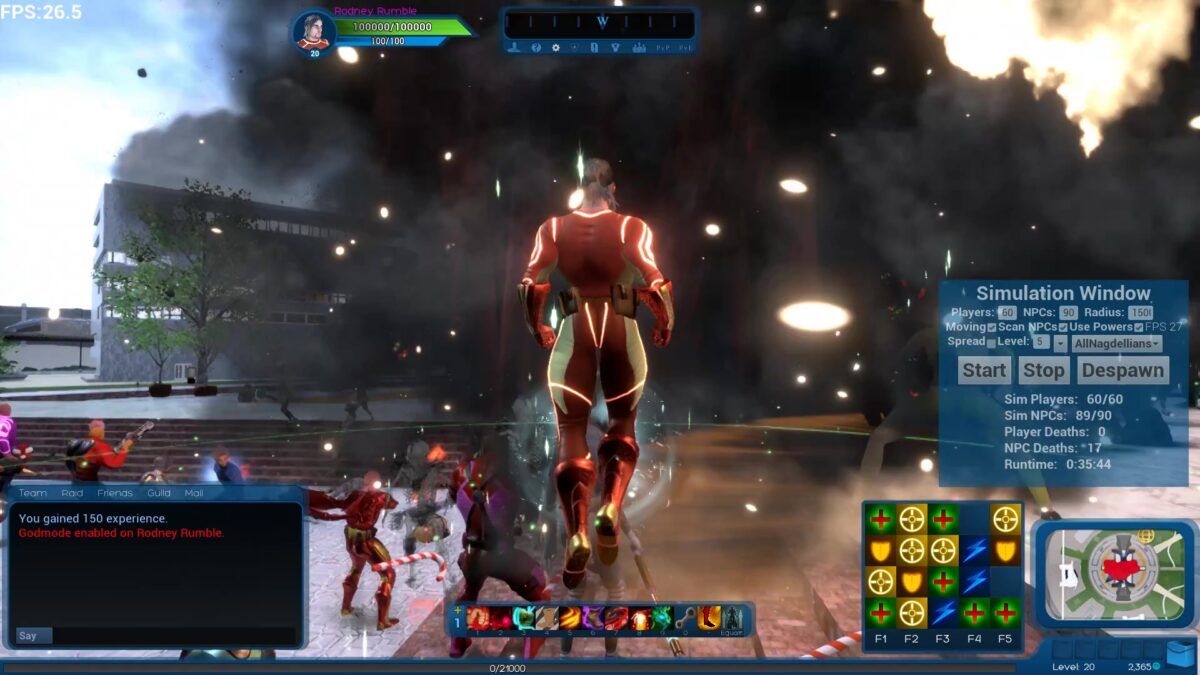 Ship of Heroes has tested raid battles involving 60 heroes and 100 villains, including a boss.

Toxicity is a part of the player’s experience that is not discussed enough. It is common for players to behave quite badly to other players in multiplayer games.

Some games accept this, or even make it a selling point. Some games tolerate it, and others don’t seem to know how to prevent it without shrinking their audience. This variance in culture with games that have a plan for managing player toxicity will become more and more of a differentiator for multiplayer games, as it is a key component of the player’s experience.

Ship of Heroes is somewhat unusual in preferring to create a niche game with only friendly players, rather than a bigger game with mean players.

Did you encounter any challenges during development that you did not anticipate when you started? 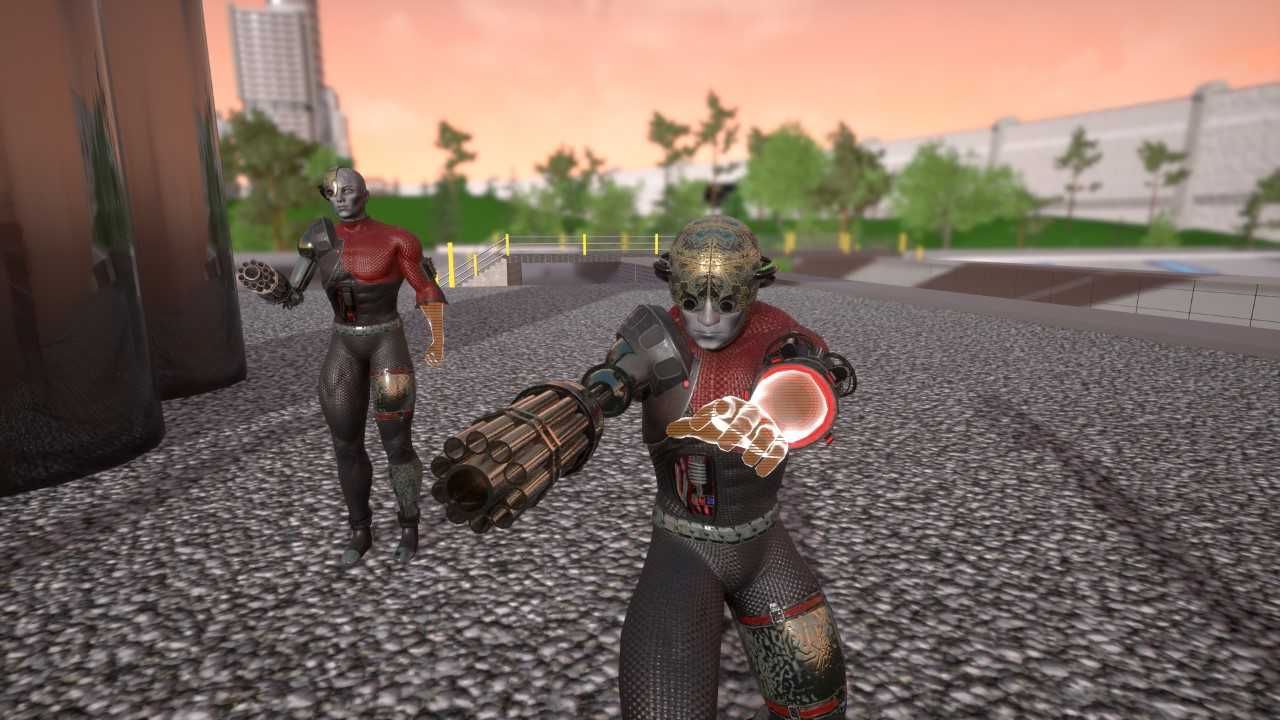 The Prometheans in combat.

It’s no deal killer so far, but the complexity of the project and the variety of talent required have been amazing!

Everyone on an MMO team understands what they are making:

Artists know they are creating an art project quite like a movie.

Coders know that every game is a code project, with some miscellaneous art attached as illustrations.

FX people know that both art and code exist to connect their spectacular FX and allow the viewer to see the FX in sequence.

Story writers believe it’s all about what’s happening in the lore and dialog. (Laughter) 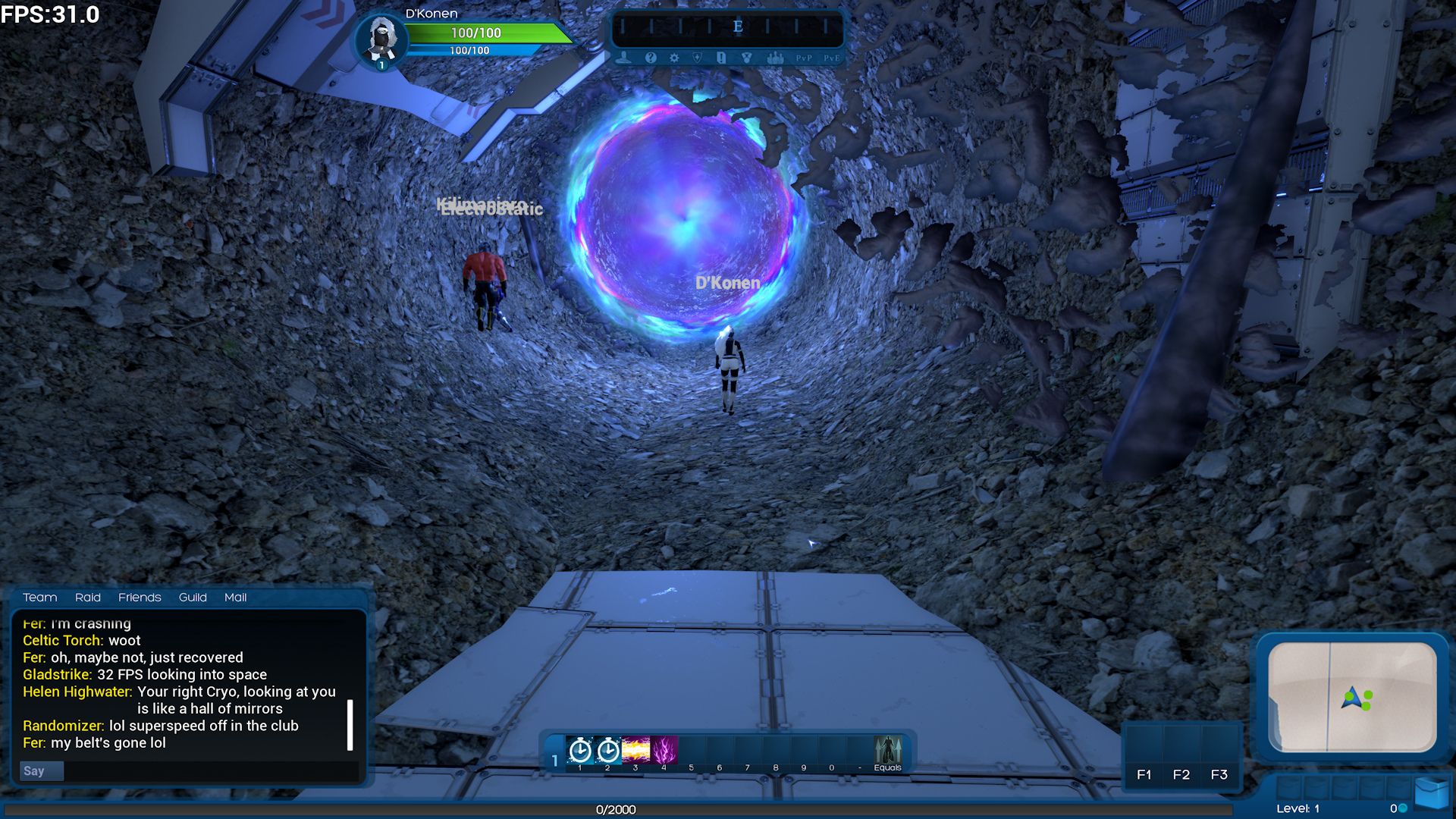 In trying to create an amazing player experience, we are making 10,000 highly technical decisions, and each one impacts multiple aspects of the game. It’s surprising how much the different pieces of a game interact! Any change in art, story, game mechanics, and code decisions can affect any combination of the others.

Project management has been crucial in building a lot of pieces into a harmonious whole, but that could never happen if the team was split into uncommunicative silos.

Recently, a contractor paid us the most touching compliment: he saw one of our videos where his work was visible, and expressed his excitement over how “it came beautifully together”, his words, and how he could see the contribution he made to the project. This was a very rewarding moment for us, as a team. 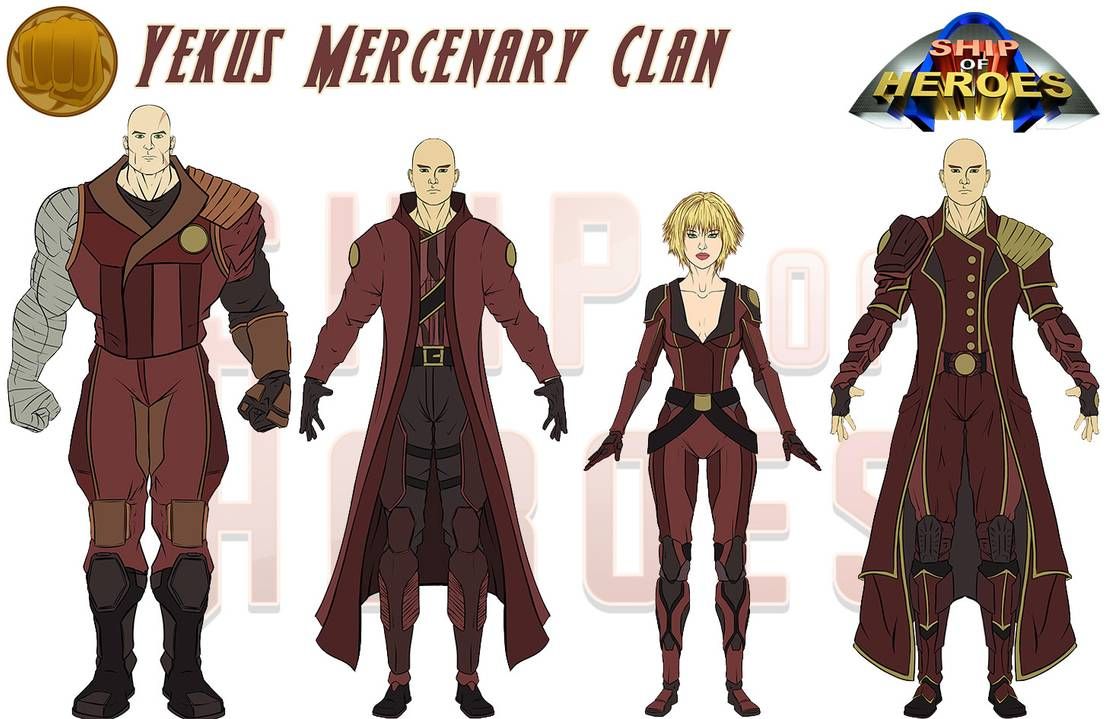 2-D concept art for the Yakus Mercenaries, another villain group (and occasional ally) in the game.

It took five years to build Hoover Dam (finished two years ahead of schedule). That’s about the same amount of time it takes, on average, to build a new high-quality MMO. This is not an accident.

But you know what else is surprising? That the development budgets range from over $200 million down to under $1 million. That’s a ratio of 200:1. In what other category do you see such a drastic range of production costs in serving the same audience? That would be like NEW car prices ranging from $100,000 down to $500!

What technical challenges have you encountered? What unexpected workarounds have you found?

The biggest single issue has been with us since day 1, and that is keeping the game’s FPS (frames per second) high when lots of players are using their super-powers in close proximity.

MMOs have mostly been heading away from this feature for a decade. But some of the best playing experiences that I’ve had in other MMOs involve large-scale battles.

We decided early on that we wanted to push the boundaries on this feature, so we invented our own system for use within the Unreal engine, which we call CROM. I think we’re probably on about CROM 5 right now, as we’ve worked our way through issue after issue, and engine upgrade after upgrade. We’re pretty pleased with the results. We have some of the highest FPS figures out there for a new, modern MMO.

Nagdellian (alien) invaders, another enemy group in Ship of Heroes.

Were there any surprises from the player community?

I’ve been consistently impressed by how awesome our supporters are. They’ve stuck with us through thick and thin. They’ve been understanding of our setbacks, helpful in their input, and complimentary of our accomplishments.

We have elected to be transparent about our progress, simply telling our audience when parts of our game aren’t polished yet, and then improving those areas. Real candor startles people — and it shouldn’t.

An unfortunate number of studios avoid putting out gameplay footage of upcoming games in favor of trailers not made in the game engine. Instead, slick (and often unrealistic) promotions give the impression that the player will be enjoying a completely interactive game with no limits, the graphics quality of an Avenger’s movie, and a completely unique story unlike anything ever written before in human history.

And all too often games that are promised are delayed or never come out at all. That’s another reason players need that transparency — they have been disappointed too many times, even by major studios.

We just tell the truth, show in-game footage, and our supporters accept this. I have no doubt that Ship of Heroes will be a success with such a friendly and supportive player base. 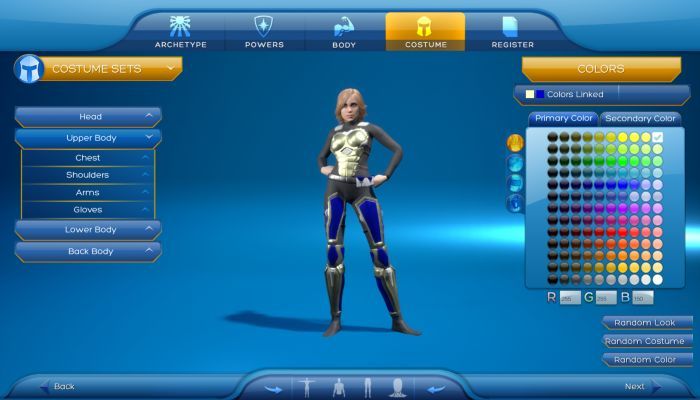 NPC characters and all beta test characters are created in the Character Creator Tool (CCT).

Ship of Heroes has had several limited and open Beta Tests this year (including a recent free-to-join event with over 500 players) with more to come. The game is scheduled to launch at the end of 2020.

To learn more about the development status of Ship of Heroes, check out the forums. To see more of what’s been developed, see the dev videos on their YouTube channel.

Justin Roberti has a background in media and fine arts and has been writing and doing PR/marketing for over 20 years for Fortune 500 and startups in media, gaming, consumer tech, mobile tech, fintech, and blockchain. He writes about tech, media, and web culture. He is the PR Director for blockchain agency Zage.io and a semi-volunteer consultant for Heroic Games.