Is Swiping Right on a Blockchain the Future of Matchmaking? 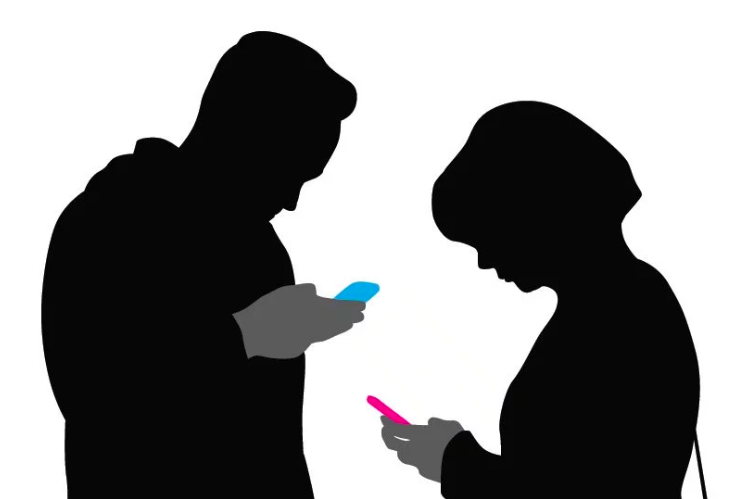 If you’re like most people under 40, you know someone who found their current love interest through a dating application like Tinder, OKCupid, or Hinge. Just a few years ago, though, this was the exception instead of the rule. How popular has online dating become? And how can we expect the world of swiping left and right to change in the near future? Is there an even more efficient way for these applications to bring us together?

It’s no secret that most people want a romantic partner when the time is right. (It’s worth mentioning, though, that you can use some dating applications, like Bumble, to find new friends, too!) In our increasingly busy and productive world, it’s also no surprise that we’ve found some shortcuts to help people romantically connect. Before the internet, there were dating coaches and speed dating events to help. Now, it seems, we trust the apps.

The advent of these applications showed us just how untapped the dating market was. Websites like eHarmony and Match.com were among the first that hopeful lovers entrusted with their romantic lives, and since then the results have been impressive. In 2017, 19% of brides met their spouses online. Newer applications like Tinder or Bumble are targeted at younger audiences, and more casual relationships have become increasingly popular as a result. Since Tinder launched in 2012, it has registered billions of matches and continues to climb the App Store charts (residing now as the 26th most popular app). Even Facebook is jumping on the bandwagon.

Most dating apps ignore the wealth of information stored in a person’s online network. The user gets thrown into a selection process based on photographs and short descriptions, which provides breadth and ease of contact but is also incredibly inefficient. Of the billions of swipes on Tinder each day, only a small percentage results in a match, and an even smaller percentage of those matches results in an actual date.

This is because today’s dating applications completely disregard your actual network, which contains the people that know and love you the most. Many of the problems of dating online could be solved, though, if online matches were more frequently formed through a user’s actual network. Matches would be more efficient, for example, because more individualized connections could be crafted based on the data of who’s in your network. There would be no more fear of someone pretending to be someone they’re really not. And the potential danger of meeting a total stranger would be completely removed. But it gets better than that — building a dating app that implements an incentive program that utilizes your network could prove even more advantageous.

Tapping into the potential of incentives on dating apps

Some dating apps like Tinder offer the option of referring a friend, but they don’t provide enough of an incentive for doing so. Incentivizing referrals more strongly could allow the formation of an incentive market that we don’t quite see in the online dating system today.

Suppose, for example, that a dating application offers advanced features like Mega-Likes, Re-dos, Extra Swipes, and preferential display to other users. These features are worth some number of in-app tokens, which can be purchased or acquired through in-app activity. Referring a friend to the application gives tokens to both parties, and the invited friend’s future referrals recursively rewards the referrer as well. This would create a viral referral system that could spread the usage of this application like wildfire.

“Someday we’ll find it. The rainbow connection. The lovers, the dreamers and me…” -Kermit the Frog

Suppose further that you get more “dateCent” tokens through the successful suggestion of a match between two people in your network. When you make a successful match, you’ll receive an amount of dateCent tokens. Recursive incentives are implemented to make the process even more viral. If Bob sends his profile to Alice and asks her to match him with someone in her network, for example, Alice can send Bob’s profile to Carol — who might not be using the app at that point — and ask her to download the app. After joining the application, Alice can either match with Bob or use her own network to send Bob’s profile to someone, and so on. Let’s say that through this process, Bob eventually gets a match! Each person in the chain leading back to Bob’s match is rewarded according to a recursive rule. The person who found Bob’s match could be rewarded 16 tokens, for instance, and the person who found them could be rewarded 8 tokens; the person who found them could be rewarded 4 tokens, and so on. The token could represent “karma” points to build matchmaker social capital — or even be an actual side hustle for super-connector matchmakers, like a gig economy dating service. This kind of dynamic of using your friend and family’s knowledge of you to find your match has been successfully employed for millennia in cultures with facilitated matchmaking and marriages.

Some dating apps like Tinder offer the option of referring a friend, but they don’t provide enough of an incentive for doing so. Incentivizing referrals more strongly could allow the formation of an incentive market that we don’t quite see in the online dating system today.

By implementing recursive rewards for using a person’s network potential, dating applications could incentivize an increase in the number of their users, the frequency of their matches, and the effectiveness of those matches. Exchange would happen naturally, allowing users to benefit from a “web of trust” where parties do not need to be in a trust relationship with each other to reap rewards from referrals that originate from multiple parties. Pseudonymity with honesty are properties that blockchains handle natively and is a candidate solution to the “transparency” problem in online dating which acts as a trust inhibitor at scale for many. And with the ease and scalability of the nCent protocol in recording referrals and attributing value to referrers, it’s a natural fit for dating applications to use with advanced and recursive rewards program.

If you have ideas of any other applications that can be built on top of our nCent network, email me: kk@ncnt.io and check out yCent to get support from us to turn your ideas int a reality — and help change our future!