Is it Still Profitable to Invest in Bitcoin Mining Hardware or Cloud Mining? What do Reports Say? 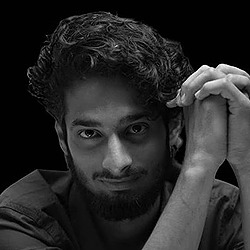 In December 2018, the crypto industry was shaken amid rumors about one of the largest Bitcoin mining firm Bitmain’s plans to lay off 50% of its staff. Earlier in November, one of the most trusted GPU manufacturers Nvidia also reported a decline in the sale of mining chips. This caused a dent of 23 billion in market valuation of the company.

Skepticism about Bitcoin mining being dead has haunted the crypto mining industry since then. To top that, reports stating that the Bitcoin network contributes 22.9 million metric tons of CO2 emission and consumes 0.2% of worldwide electricity only make matters worse.

But the question still remains, “is Bitcoin mining really dead?”
Let’s look into the report released by Token Insight on December 5, 2019, to get a clear perspective and answer that question.

The report by Token Insight covers various aspects of the mining industry from mining hardware efficiency to bitcoin prices, mining profitability and cloud mining.
According to the report, the high volatility in the Bitcoin price and the block reward halving resulted in the decline of the profitability of 16nm-chip mining hardware during the third quarter of 2019.
It is noteworthy though that this did not subdue the demand for mining hardware. Throughout the third quarter of 2019, demand for mining hardware exceeded the total supply. The interest has only shifted towards more high power efficiency mining models.
The report also analyzed the mining statistics from various sources and concluded that mining difficulty shot to an all-time high of 12.76 while the average increase in mining difficulty rested at 6.76% per adjustment.
As a result, mining firms experienced a fall in profitability as most hardware struggled to create enough revenue to cover their buying costs. The network hash rate too peaked to an all-time high of 109 EH/s, and the accumulative rise amounted to 72% in the third quarter.

How Well Are Mining Hardware Keeping Up

Keeping in mind that the third block reward halving is around the corner, it’s more crucial than ever to have mining hardware that’s more power-efficient. According to the report, the performance of high power efficiency mining hardware did not scale to what it was during the second quarter, but they still “outperformed and handled the downside risks better than other mainstream models.” Old models of mining hardware have lost their credibility in the market as the payback period of some has increased by as much as 500 days.

The market now demands more power-efficient models that operate under 50J/T. And mining chip manufacturers have heard that call. There are many such models underway. Antminer S19 Pro is said to work at a power efficiency of 30J/T while the MicroBT’s new model would operate at 38J/T.

Although much depends on how the price of Bitcoin sways in the future, there are still companies working on high power efficiency mining hardware to help keep Bitcoin mining a profitable business.

Cloud Mining To The Rescue of Individual Miners

With the increasing amount of power consumption and the cost of mining cryptocurrencies, individuals miners are almost out of the game. The most viable option for individual miners now is Cloud mining.
Token Insight analyzed the cloud mining contracts of multiple mining firms and concluded that RR Mine had the lowest unit computing power cost of $0.097 per day.
The report also mentioned that cloud mining companies are using multiple categories of mining hardware. This hedges both investors and the firms against the failure of any one category of mining hardware. In such cases, mining hardware except for the ones that failed still continue to provide consistent profit.

Cryptocurrency space at present is highly unpredictable. It has shown moves that caught everybody off guard. Many of the world’s top leaders are divided on whether or not cryptocurrencies will make the promised impact on traditional finance.

Despite that uncertainty, it would be wrong to say that Bitcoin mining is dead considering the report published by Token Insight. The consistent demand for mining hardware and their supply is also proof that miners are still bullish on generating profits in this industry.

There’s no questioning that Bitcoin mining has become relatively less profitable and more difficult for both firms and individuals in recent times, but there’s still a lot to reap from this industry. And with better hardware under development, there are increased chances of mining still being able to generate profits in the times to come.

What is a Copy Trading Platform and Why We Need One for Cryptocurre...