Anand is the Founder of Sphinx Solutions having experience more than a decade.

React Native saves 40% to 90% time in developing apps on different platforms. Though a community of developers may say React Native can’t provide the best to business, it’s clear how the curiosity of working with this framework is growing. However, there are some points that businesses must know before considering it for their app project.

In this blog, we are trying to find out how or is React Native a rational choice for future mobile app development?

React Native can create ultra-reliable mobile applications for the business. Before we dive deep, let’s find out what is it.

React Native is an open-sourced JavaScript library founded by Facebook in 2013. It is a relatively new library that combines the best of both native developments with React. It helps in developing user interfaces for single-page web applications. It comes with a component structure that allows writing more modular and reusable code in less time and minimal resources.

React Native comes with the largest support communities. As it allows creating a single JavaScript codebase that works for different platforms like iOS, Android & Windows. A report by MarketsandMarkets says Cross Platform development is growing and estimated to generate $80.45 billion in the year 2020.

Also, as per the Stack Overflow survey 2018, 64.9% of the developers loved React Native as one of the preferred libraries for mobile app development. 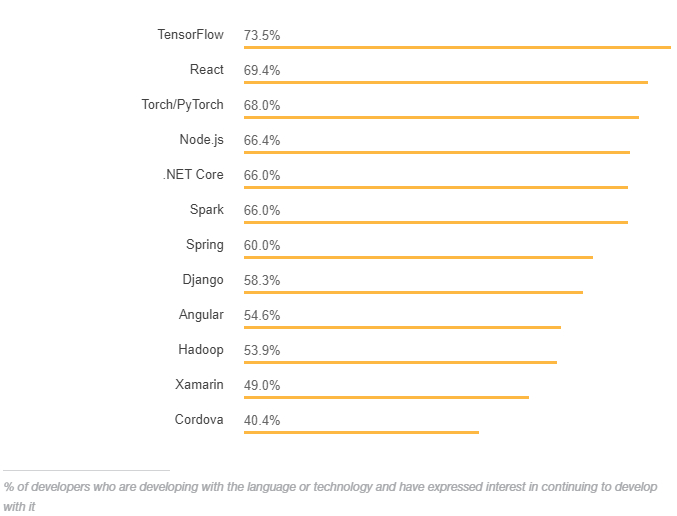 React Native is popular now. It is a sophisticated tool with a vast community of developers helping each other to create better mobile apps. Here you can see the React Native search trend on Google.

It allows mobile app developers to add native codes like Java, Swift, Objective-C for achieving a custom look. Practically, many of the developed codebases can be used in cross-platform. Besides, React Native allows building an excellent mobile app user interface using JavaScript and XML-esquemarkup.

The GitHub repository shows, it is the 14th most starred repository on GitHub.

Though Facebook’s product React Native is enough to grab attention, still, it does come with the required qualities to be famous among the developers’ community.

The top features that make React Native popular among the developers:

In what way we can say it a future?

As a majority of the React Native APIs are cross-platform, it has become hugely popular among the developers. Also, the business that is looking for budget mobile app development React Native is one of the best choices for them. React Native, along with JS, runs the complex apps smoothly. Therefore, businesses find it to be a competitive solution for building robust apps.

Other app frameworks that are doing well, but selecting the right app development framework of any business is crucial.

React Native app development is supported by Facebook engineering. Therefore, it supports a large community of developers. Facebook is continuously working on improving the framework. React Native brings the agility & speed of web app development to hybrid app development with all the native functionality.
It has a better future, provided the business and developers know when to use it and in what way.

When to choose React Native for mobile app development?

Developers who know JavaScript or Swift or Java (certain UI elements & platform APIs), can work on React Native. It let the programmers reuse the code. Facebook, Instagram are some good examples using React Native features. However, it's the best solution for small and medium hybrid mobile apps where the server-side handles the heavy computation.

Things to consider, apps running on the React Native often consume more RAM, and battery drains out more than native app. If a business expects its users to use the app for an extended time, they must choose a native apps. Sometimes, integrating features of React Native in native apps (existing iOS or Android) enhances the overall mobile app quality.

It is one of the preferred frameworks for e-commerce apps, as it takes less time for UI development compared to native. If the apps have more tabs, navigation, animations, third-party libraries, it becomes slower.

The issues reported for React Native may not be permanent, as the community and Facebook engineers are always working to fix any issues. The development process and need depends on the business you are in and the requirement. You must seek the support of your mobile app development team to find the best framework & technology for your app.

How to Get the Identifier For Advertisers (IDFA) in iOS14 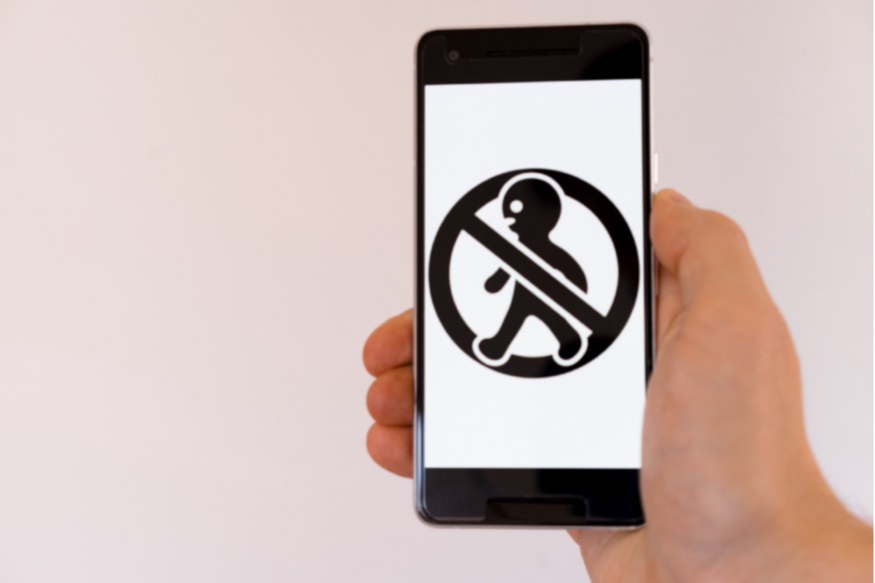