How To Implement The Prefetch Pattern in React Concurrent Mode 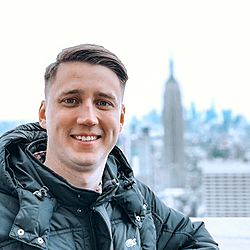 Recently, React announced a feature of the React ecosystem — Concurrent Mode. This would allow us to stop or delay the execution of components for the time that we need. It’ll help React apps stay responsive and gracefully adjust to the user’s device capabilities and network speed.

Concurrent Mode consists of a set of new features — one of the biggest ones is Suspense and a new approach to data fetching.

Basically, there are three ways to do it:

I believe that the concepts of the first two approaches are well known and definitely presented in your code. Let’s dive straight into the render-as-you-fetch approach.

You’ve probably noticed that the explanation of this approach has two parts:

Let’s build an app together that loads major stock indexes. For that, we have a simple “Load” button. Once you click on it, we start loading data immediately:

is a function that performs the  request and returns an object that we’re going to pass to the  component. The key takeaway from this example is that we’re triggering fetch from the  event and not in the render phase.

to the state and starting to render  immediately as well.

On the other hand, we also don’t want to render the list with empty data, so ideally, we’d like to be able to suspend render until we have all the data without writing

Luckily, we have the Suspense component for exactly that purpose.

Suspense is a mechanism for data-fetching libraries to communicate to React that the data a component is reading is not ready yet.

React can then wait for it to be ready and update the UI.

Let me show you an example:

To take advantage of Suspense, you just need to wrap your component with it. It accepts a

prop: the element that you want to show while waiting for data.

How To Fetch Data in Sync With Suspense?

Now that you know about Suspense and prefetch practices, you wonder how this all works together. So, here is the last piece of this puzzle. To solve it, let’s finally check out the

Don’t be scared by the complexity of it, it’s actually fairly simple.

First, we take a URL and pass it to the native

function, receive a promise, and pass it to the  function.

This function returns an object with the

In fact, the only difference we have, compared to traditional fetching practices, is throwing a pending promise.

in , it just executes the  method. If data is not there yet, it throws a promise before actually rendering anything and  will catch that.

How To Experiment With This?

The React team introduced an

releases branch with a modern API.

For that, you need to run

and play with it locally. I also created a live example on CodeSandbox for you that shows everything I did together in one working project.

Can I Use It in My Production Projects?

No. Concurrent mode is still under development and some implementation details could change. Use experimental versions to get familiar with new concepts and maybe propose your own ideas.

For example, how to integrate prefetch practices in routers or provide a good way to cache data.

You Might Not Need Controlled Components - A React Story