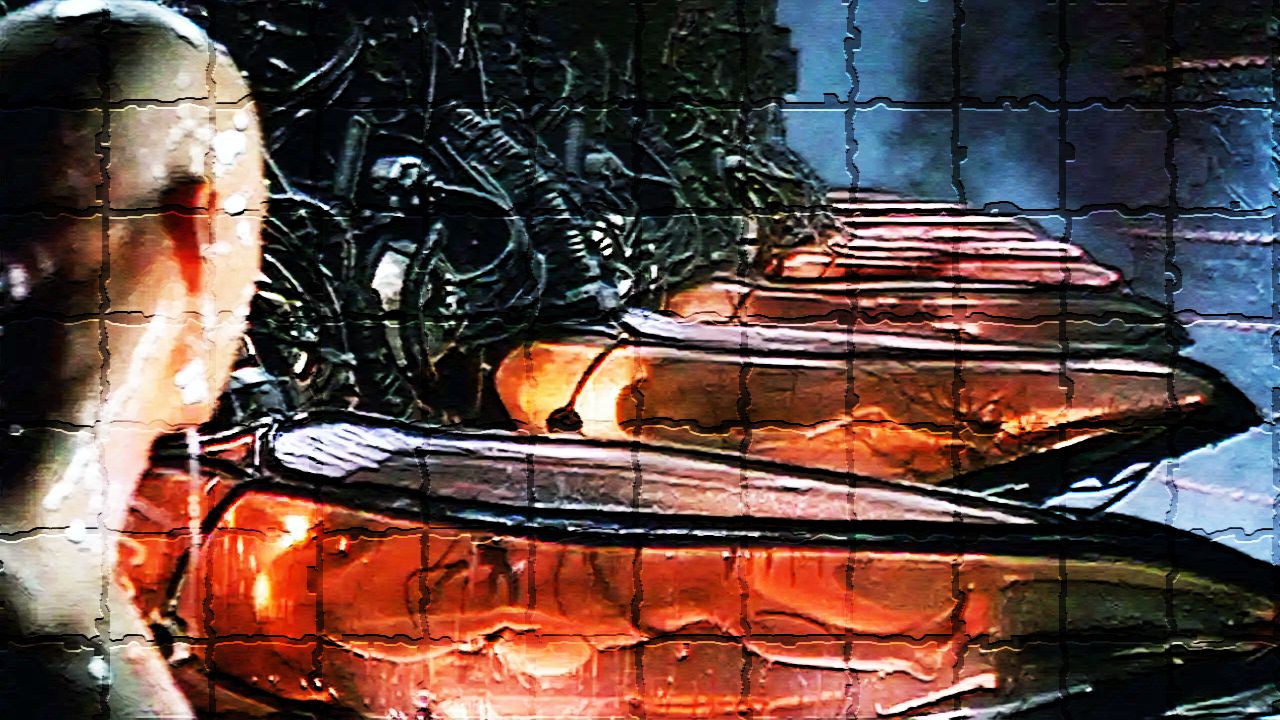 When Neo's brain is unplugged from the network In the 1999 cyberpunk movie The Matrix, he discovers that humanity has largely been turned into an energy source, powering a world that has been taken over by intelligent machines.

Similarly humans today are waking up to the reality that technology companies have turned them into data sources, feeding corporate objectives. While law makers and government agencies have sprung into action to mitigate against the most apparent externalities of technologies optimized for profit, one fact has become apparent:

Current regulation efforts fail to address the core of the problem: the architecture of the internet itself. Current network topology - including most importantly information distribution on the world wide web - positions human beings as consumers of endpoints, requiring individuals to commit agency (more below) upon engagement or entrance, while largely overriding human objectives with those of network operators or other network users. This architecture has relegated human activity to data-generating oracle functions.

This legacy of systems evolution can at the core be attributed to the emergence of database technologies, and consequent connection of these data siloes to networks such as the internet. With the emergence of decentralized software solutions - such as blockchains and graphs - efforts are being made to mitigate against the hegemony of account-based systems, and return ownership of digital data and activity to the individual.

Machines do not forget. It is therefore a naïve attempt to invoke 'Rights To Be Forgotten'. Humans have the unalienable right not to be observed.

Human agency refers to the human capacity do in fact make decisions and enact them on the world, including machines and technologies. Human agency entitles the observer to ask should this have occurred? in a way that would be nonsensical in circumstances lacking human decisions-makers, for example, the impact of weather conditions. If a situation is the consequence of human decision making, persons may be under a duty to apply value judgments to the consequences of their decisions, and held (legally) responsible for observable actions of those decisions.

Having rummaged through dozens of design papers on "decentralized identity" for more than four years, a common threat emerges: engineers introducing the designation identity to describe operational aspects and objectives of technology, consistently fail to establish a functional definition of the term before committing the concept to source code. Developers seem content to appropriate and combine the syntax from various disciplines in a futile effort to obtain clarity of nuanced legal, and behavioral concepts.

Metaphors are to be narrowly watched, for starting as devices to liberate thought, they end often by enslaving it. - Cardozo

Despite disagreements among scholars of social sciences, philosophers, and psychologists about many facets of identity, a general consensus about its uniquely human quality can be observed. Further separating human beings from objects and other living organism are the ability to self-reflect and form intentions. Aside from situational and/or reflexive expressions, the basis for the latter is most often rooted in the sum of experiences, and memories thereof. Baring significant advances in human brain-monitoring technologies, engineering efforts serving human intentions thus far are limited to levels of observance and interpretation. In so far as this threshold is breached by technical implementations - i.e. software-assisted "social engineering" (a form of "hacking" human-assisted processes), definitions must allow for the attribution of human agency.

At the time of this writing  there are no known technologies addressing identity management.

Solutions using the term "identity management" can readily be classified by the type and purpose of data collection: i.e. identification, including (for) access management and authentication, profiling, certification, etc.

The term 'digital identity' is a figure of speech frequently applied to a collection of personal identifiable data.

As with all metaphors it is not literally applicable to the design language of technology. Frequently the term can be replaced with an accurate designation such as profile or persona. 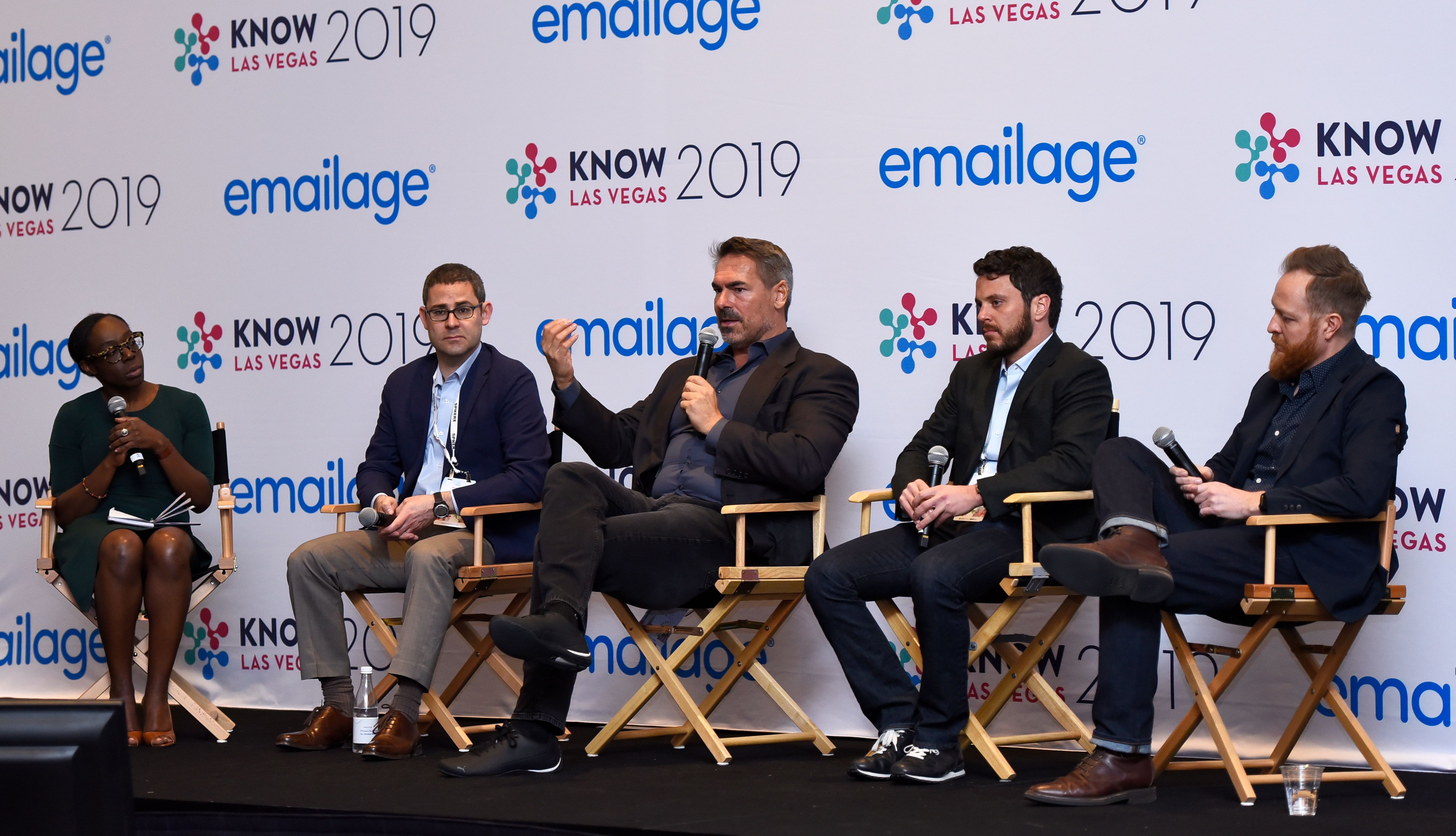 During the largest gathering of 'identity management' companies at KNOW, it was obvious that every participant had their own definition of that term.

Below is a simplified visualization of layers surrounding human activity as seen from current network architecture. 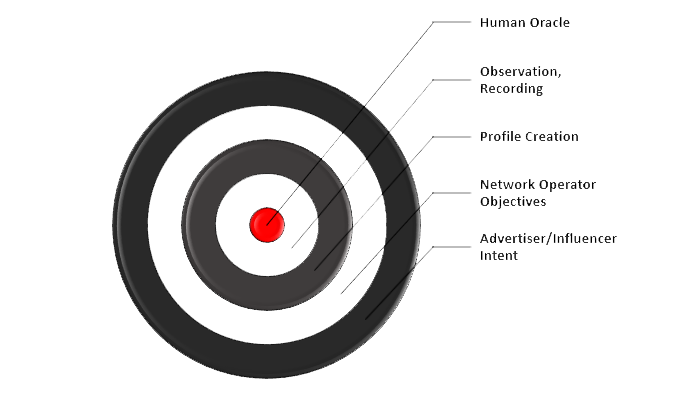 Importantly these layers must be considered both in the context of networks, and without any technology at all. Human activity can be divided into thoughts and emotion, as well as physical expressions. Discounting elaborate implementations such a functional magnetic resonance imaging machinery, only the latter expressions are generally available for observation. However, it is important to note that the observation of physical human activity regularly affects human thoughts and emotion (observer effect). Identity is formed by a process of (self-) reflection. 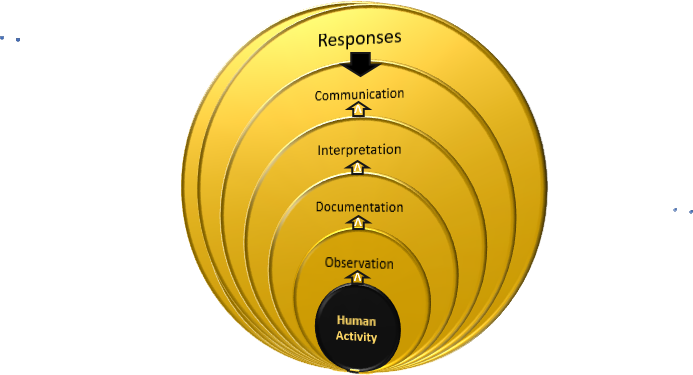 We are currently working on a taxonomy for identity engineering. Contact me if you have a suitable legal or digital forensics background and want to contribute.

*I am a blockchain investor. If you think, you have a solution to outlined problem connect to me.

Related Stories
Subject Matter
Join Free TON Community and Participate Contests! by @Free TON
#promoted
NFT's Real World Use Case: Supply Chain by @kameir
#nft
How to Scale-up Democracy (Without Invoking Skynet)? by @benjaminbateman
#blockchain-technology
How DEXs Fuel the Development of the Decentralized Internet by @anton-dzyatkovskii
#decentralization
Bigger picture with the Decentralized identifiers by @mickey-maler
#web-monetization
Dogecoin: Everything You Wanted To Know About This Memecoin Making A Mockery of 'Serious' Crypto by @@nawazmohammed
#cryptocurrency
How to Create Rock Paper Scissors Spock Lizard in JavaScript by @matviihodovaniuk
#javascript-tutorial