16 Premises for the Decentralized Web 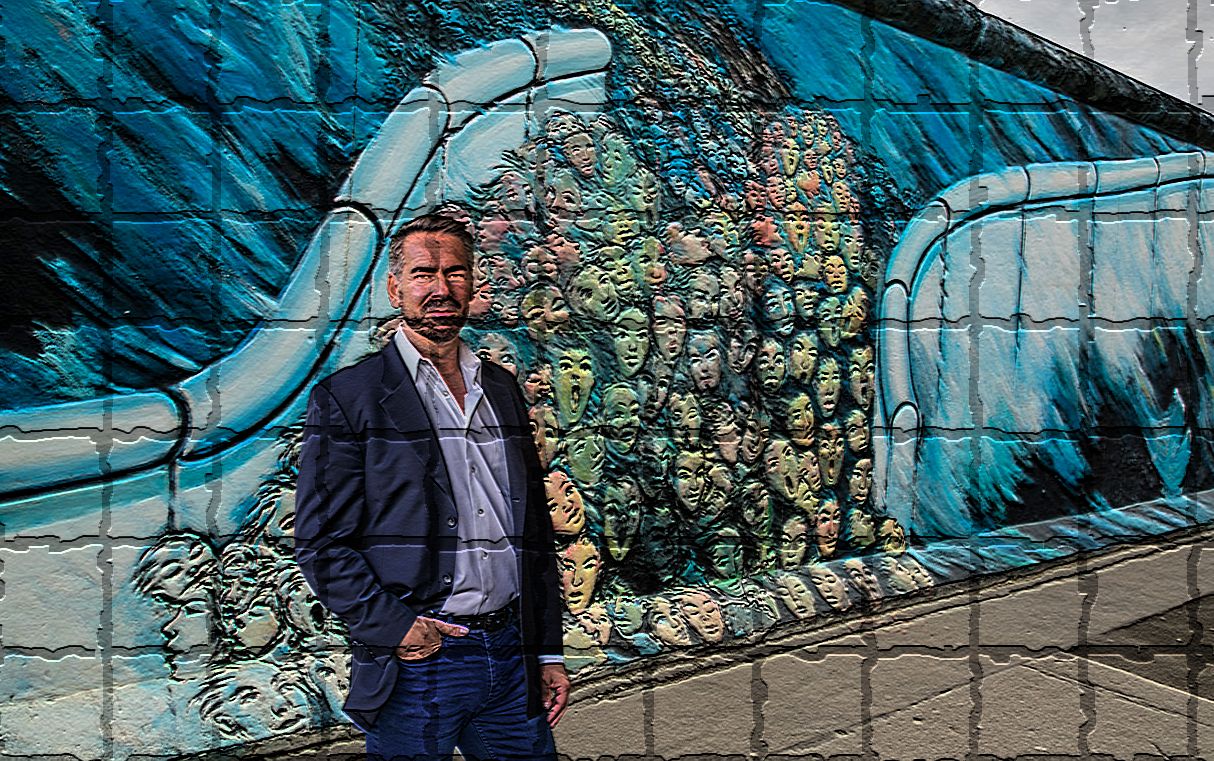 The domain name com was added to the domain name system of the internet in 1985. Its name is derived from the word commercial, indicating its intended purpose for domains registered by commercial organizations. Later, the domain was tragically opened to general purpose use.

The following outlines premises required for a sustainable information management strategy in service of returning the World Wide Web from
the tragedy of the commons to a utility for the exchange of knowledge.

Premise One: The internet, and World Wide Web are intellectual commons – shared resources in which all stakeholders have equal interests and should therefore receive equal control. With the initial implementation of the unfiltered World Wide Web, people had started to constitute intellectual commons free to access by all, by devising collaborative peer-to-peer modes of production and management of intellectual resources (see The Ontology of the Intellectual Commons). No single person, entity, group, or culture can claim exclusive rights to information. Just as physical access to water needs to be available to any human being, the information on how to get to this resource is inseparably attached to it.

Premise Two: Access to unfiltered information must be considered a human right. To protect and promote essential human interests, especially the unique human capacity for freedom (see the work of Andrew Fagan)
access to information has to be free. Censorship, as well as monopolized
information organization – as de-facto, practiced by Alphabet’s Google – is
hence a human rights violation. ‘Right’ being synonymous of ‘legal’ and
antonyms of both wrong and illegal, every right of any human person is
ipso facto a legal right which deserves protection of law and legal remedy
irrespective of having been written into the law, constitution or otherwise in any country, a concept generally referred to as “Ipso Facto Legal Rights Theory”. In a globally-connected world this is the only viable approach to to the human-coordination problem, superseding localized attempts to curtail self-directed human agency, including those of nation-states.

Governments of the Industrial World, you weary giants of flesh and steel, I come from Cyberspace, the new home of Mind. On behalf of the future, I ask you of the past to leave us alone. You are not welcome among us. You have no sovereignty where we gather.

John Perry Barlow - A Declaration of the Independence of Cyberspace

Premise Three: As Plato explains in Theaetetus, Knowledge and access to information are the natural enemies of belief. Beliefs are the enemy of progress. In my own words: belief is simply the absence of knowledge. An effective information management system will be able to  identify and discard information that violate basic principles of objectifiable reality or otherwise claim non-verifiable/falsifiable arguments and thus unscientific theory is not intrinsically false or inappropriate, however, as metaphysical theories might be true or contain truth, and are required to help inform science or structure scientific theories. Simply, to be scientific, a theory must predict at least some observation potentially refutable by observation.

Premise Four: Evolutionary organization of information cannot be democratic and must follow logic and peer review not popularism. As
Isaac Newton expressed: “We are all standing on the shoulders of giants”. No progress can be made without reading and understanding the research and works created by notable thinkers of the past.

A thousand flies can be wrong; or: Social proof is anything but.

Google’s philosophy that assumes that democracy on the web works is observably false.  A functional information management system employs the Hebbian theory (more here).  Just as biological neuroscience explains the adaptation of neurons in the brain during the learning process the same model can be utilized to describe a basic mechanism for “synaptic” plasticity in connected systems wherein an increase in synaptic efficacy arises from the presynaptic cell’s/nodes (connected ‘brains’) repeated and persistent stimulation of the postsynaptic unit.

Premise Five: Centralized commercial interests corrupt and sway development. Consequently, the potential of connected systems and
connected knowledge has been underutilized and de facto halted altruistic)
progress as the majority of Internet users have accepted a marketing driven presentation layer – essentially commercial censorship – as ‘status quo’ (Google is not a search engine – it is a filter). Misalignment of interests
(shareholder, operator user) – a legacy of the industrial revolution (codified
in for-profit corporations) – have created an environment of broken promises which must be fixed by smart contracts that realign platform users, reduce friction, and make middlemen and consultants (lawyers, accountants) obsolete. To re-align platform (earth) and participating network endpoints (humans) we must create decentralized and autonomous organizations (DAO) which eliminate psychopathic
structures such as current corporations where externalities outweigh the
creation of value (not: profit).

Premise Six: DNA before intent and projection. What is needed is an objectified classification of the human element (which I label as “DNA”) within the network. Intent (i.e. Google (“search”)) and projection (i.e.
Facebook) are non-directional approaches. A directional approach requires to locate the user on more than just the location level but also include the level of education and knowledge etc.

Premise Seven: Capturing the cognitive surplus. Cognitive surplus as used here extends over the element of crowdsourcing by utilizing any type of engagement with any type of medium that can be contextually measured,
hence assigning a qualitative element. What is needed is the utilization of the latent potential inherent in the utilization of information itself. Exemplary: access of specific information from a specific individual contains a qualitative measure more relevant than any Hyperlink, i.e. a research scientist spending time on a website containing information relevant to his field of expertise as well as his/her engagement with other (digital) information related contextually as well as chronologically.

Premise Eight: Discarded information carries value. There is a strong tendency of researchers, editors, and pharmaceutical companies to
report and publish experimental results that are positive (i.e., showing a
significant finding) but very few results that are negative (i.e., supporting
the null hypothesis) or inconclusive (Publication Bias). Effective information
management will include negative results.

Premise Nine: Promote the viral distribution of successful concepts while building ‘herd immunity’ against the adaption of destructive or dysfunctional paradigms. Herd immunity describes a form of immunity that occurs when the vaccination of a significant portion of a population (or herd) provides a measure of protection for individuals who have not developed immunity. Herd immunity theory proposes that, in contagious diseases that are transmitted from individual to individual, chains of infection are likely to be disrupted when large numbers of a population are immune or less susceptible to the disease. The greater the proportion of individuals who are resistant, the smaller the probability that a susceptible individual will come into contact with an infectious individual. The concept transcends to information and its consumption by individuals.

Premise Ten: Subjugate linguistic barriers. Humans are regarded as the primates for their social qualities. But beyond any other creature, humans are adept at utilizing systems of communication for self-expression, the exchange of ideas, and organization, and as such have created complex social structures composed of many cooperating and competing
groups from families to nations. Social interactions between humans have
established an extremely wide variety of values, social norms, and rituals,
which together form the basis of human society but at the same time, the
diversity leads to misunderstanding and fear (of the unknown). An effective
information management system will have to first overcome linguistic barriers before transcending into the transfer of knowledge. This extends over the simple translation from one language to another, to the specific jargon of a discipline, and finally the comprehension level of the individual. Any approach starting at the semantic level will come short of this goal.

Premise Twelve: Create an energy-optimized information system that does not require new infrastructure investments. Each connected system must not only capture and disseminate its own data but also serve as a relay for other systems (or: nodes), that is, it must collaborate to propagate
the data in the network (definition of a mesh network). Current ‘search engines’ are highly inefficient and add to the pollution of our environment. Performing two Google searches from a desktop computer can generate about the same amount of carbon dioxide as boiling a kettle for a cup of tea, according to new research. Though Google says it is at the forefront of green computing, its search engine generates high levels of CO2 because of the way it operates. When you type in a Google search for, say, “energy saving tips”, your request does not go to just one server. It goes to several competing against each other. And it may even be sent to servers thousands of miles apart. Matching your query with the best-converting advertising consumes most of the energy (enough to power a light-bulb for fifty-five Minutes).

Premise Thirteen: Create an open-source money system (currency) independent from nation-state governments. While Bitcoin created a
breakthrough example, further steps towards true ‘money-over IP’ are still
missing. - A viable approach will likely incorporate the language of value of the user (which is the de facto remaining function of fiat currencies), while creating a digital bearer instrument (DBI), compatible with legacy systems, and emerging DBIs for credentials, including those issued by nation states.

Premise Fourteen: Establish persistent online entities (separate from Self Sovereign Identity) which support the public commons and the values of civil society. In 1962, Douglas Engelbart first proposed the idea of a networked personal computer, a machine that would, as he described it, “augment human intellect.” He understood that digital technology could enhance the ability of the mind to shape and develop concepts, as well as invite new forms of collaboration. The device that he and his colleagues at the Stanford Research Institute designed, dubbed the oNLine System (NLS), deliberately expanded on the innate human tendency toward creativity, and aimed to support creativity with the appropriate set of digital tools. The computers we all use today are the fruits of their effort. We must go back to these roots.

Premise Fifteen: Replace for-profit corporations as much as possible with for-purpose organizations in form of decentralized autonomous organizations that align the interests of all network participants.

Premise Sixteen: Create a qualified Smart Mob collaboration tool (within the peer-to-peer layer) for impromptu responses to crisis situations and to actively drive topic progress. A smart mob is a group that, contrary to the usual connotations of a mob, behaves intelligently or efficiently because of its exponentially increasing network links. This network enables people to connect to information and others, allowing a form of social
coordination (The concept was first introduced by Howard Rheingold in his book Smart Mobs: The Next Social Revolution).