Originally published by Bitcoin-Maximalist.com on May 25th 2017 1,794 reads 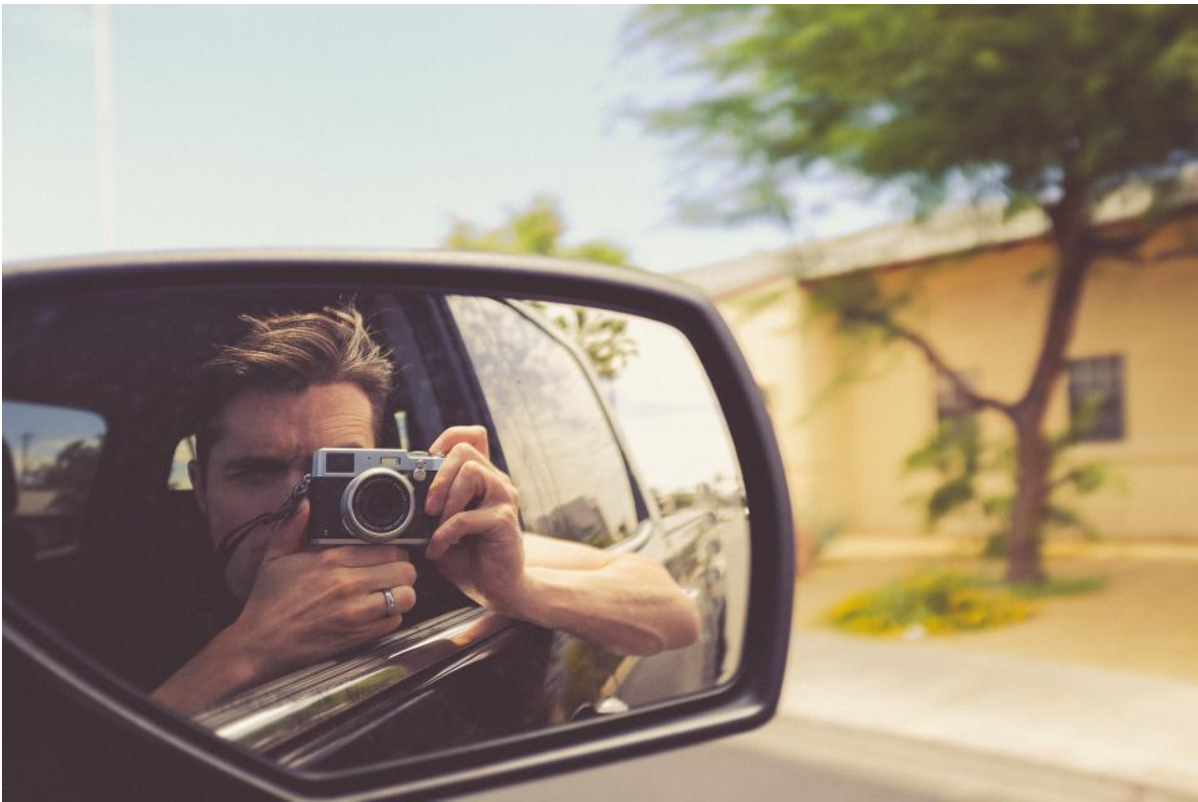 “You have to learn to get over the preciousness of art.”

This is a phrase that my college art professor would say to us repeatedly. It seemed to be his central message. Now, 10 years later, it has proven to be one of the most powerful lessons I’ve ever learned. I’ll tell you the secret now. Skip to the bottom if you just want to hear the money part.

You have to learn to get over the preciousness of art. What could this phrase even mean? Let’s begin with an example. My professor, Dr. Abrams, devised many exercises to instill this principle in our minds. Here’s an early one: place a photographic portrait in front of you. Get a large two foot by two foot piece of draft paper. Now spend 30 minutes with charcoal crayons sketching this face. Craft, explore, draw. Now stop. Feeling good? Grab your gum eraser and spend five minutes erasing your drawing. Erasing. All of it. Your Goal at the end should be to end with the same blank piece that you started with. Hm… how did that feel?

Next, take a photograph of a building or house. Open a new sketchbook and draw that house. Turn the page and draw it again — the same house. Repeat this for the next 50 pages in the book. Draw, turn, draw, turn. Tired of drawing this house? Don’t really even care anymore how each page turns out? Perfect! Exactly! This is what it feels like to be over the preciousness of art. Our goal in fact is to learn to not care. Was it painful to erase away something you spent 30 minutes working on? Good. Will it affect the way you would draw it next time if you knew you would erase it? Good.

Hand a Stranger a Guitar

Hand a guitar to a stranger and ask them to play the guitar. “No sorry, I don’t know how to play the guitar.” Hand a guitar to a child and ask them to play. They will instantly bang on it. They’ll bang on the strings, they’ll bang on the side, they’ll hold it upside down and wrong. My three year old son will holler and wail without a second thought in his mind. Children are not yet bound by the preciousness of art. Yet as adults, we feel bound by the product of art making. We feel bound by the results. Most choose to abstain rather than to perform poorly. Most are bound by the preciousness of art. There’s an inherent feeling that art should be good or proper or correct. Children haven’t learned this yet. They’ll work for twenty minutes on a water color painting then leave it in the mud to be forgotten.

“Great, so you want me to not care about art. How is this helpful to anyone? How will making crappy drawings do any good for anyone?”

The secret, is that this is the only way that beautiful things will ever be made. When a person can experience unbounded freedom, they tap into their full abilities. We all have incredible potential inside of us, we just struggle to unlock it.

I’m known by my friends who is someone who is “good at everything”. I can play the guitar, piano, drums, draw, paint, perform martial arts, recite poetry, and discuss quantum physics. What is the secret that allows me to be good at more things than you? The secret is that at any one point, I am bad at more things than you. At every point in my life, I am constantly taking on new challenges. To be bad at something, you have to be actually doing it. Most people get stuck before the step of actually doing it. Currently I’m studying the history of economic theory and introductory graphic design. Previously I was studying the evolution of the cosmos and learning harmonica. At the beginning of any endeavor, I’m horrible, I’m an absolute beginner. This, is the fundamental dividing point. The one who has gotten over the preciousness of art, or the child, is able to dive into any endeavor whole heartedly.

To give you a glimpse into my learning process, I’ll show you those first efforts I made into graphic design. The project was for a blog called The New Engineer Movement. This was a blog for business skills for software engineers. I decided to try to learn graphic design and to use this logo design as my first project. The first step, just start.

Actually, I kind of like it. It’s more pastel-y than I would have wanted, but for a first attempt it’s actually way better than I though I would do. Ok, I’m going to try to update the colors and the curves, but be careful because I don’t want to mess it up. Any changes that I make have to be good.

Stop! No, no, no, no, no. Careful or have to be good — those are all just code words for freezing up. Those are code words for slowing down. When we make work that has any piece of success, out natural tendency is to try to preserve it, to try to protect it. These are all things that we want to break free from. Now is not the time for safe incremental changes, now is the time for REVOLUTION!

Yes! Drastic, exploratory, radically different. Keep going like this. Technically speaking, this isn’t the energy I was going for. I’m not even sure what this energy is. Skater art from the 90’s? Maybe we need to slow down? No, never! Not yet. In creation, and it art, there is a time to slow down and to refine, but that time is not now. We’re in the beginning phase, we’re in the beginning stages. Now is the time for freedom.

What’s next? Now is the time for refinement. I showed these designs to a friend of mine who was a skilled graphic designer. He was kind and gave encouraging words to move forward. He suggested that I try to pick one or two colors and build out from there.

I had gone too far. Good! Again, this was the point of the early work. Anything that constricts in the early process is detrimental to your development. In those first few designs, I learned so much. I learn how the graphic design tools worked. I learned how to build up a design with layers. I started to get a feel for balance and structure within the piece. I began to learn what features convey an era or a style. Most importantly, I gathered forward momentum.

As the old saying goes, it is much easier to steer a moving ship than one at harbor.

Let’s try another round. Slightly more refined, slightly more focused, but still allowing freedom. When drawing a sketch, you only get out the fine tipped pencil once the entire sketch has been blocked in.

Here we go. I almost like this, but keep going.

Too young for the audience I‘m aiming for, but hey, don’t forget to have fun with this process.

Then, finally. I hit on a design that I was starting to be happy with. It was at that point, only after the rounds of free exploration, that I begin to settle down. Now is the time for the fine tipped pencil. I took 5–10 rounds of iteration on this single concept to eventually came up with the final logo that you see below.

I like it. It fits the energy for the audience I was going for. It may not be a top tier logo that you’d get from a professional from the industry, but for my very first logo, I think it was successful. Also note that this logo has almost nothing in common with our very first attempt. Settling on this logo never would have been possible if I hadn’t allowed myself the freedom of expression at the front end of this project. I was unlocked to learn and create true art only by initially getting over the very preciousness of art.

How does this idea apply to the general workforce? Well the short story is that I went from making $12,000 a year as a professional dog runner to making $150,000 a year working as a software engineer at Apple Computers in under four years.

How? I applied the exact same technique that I illustrated above with the graphic design project. I had decided to try to get an iPhone development job where I lived in Chicago. I made a first iPhone application by following an online tutorial. It was horrible. I used a link to that application to get an interview at a small software development company. I was hired and did a bad job on my first project for the company. But I steadily improved through exploration. I was constantly fearless in taking on the next larger challenge and doing it poorly the first time around. Again, my secret is that at any given moment, I’m performing poorly at something. That is the only way to exceed your current abilities. I bootstrapped, and bootstrapped.

The story isn’t even that I interviewed at Apple and got accepted. Actually, I interviewed at Facebook, and Amazon, and Spotify, and LinkedIn. By the time the Apple interview came around, I was a professional interviewer. The story isn’t even that I was offered $150,000 by Apple and accepted. Actually, I practiced my negotiation skills all the way up the ladder from $12k to $95k. Then, Apple offered me $138,000 and I said no.

I’m not lying to you when I tell you this all stems from that same fundamental idea of getting over the preciousness of art. At any one of these stages in my career, I could have clammed up. $138,000 was more money than I ever dreamed I would make. But if you clam up, if you hunker down, if you freeze to protect it, then that’s all you’ll ever make. I said no. I threw a splash of red paint on a drawing that took me four years to create and was 'nearly finished’. Then Apple came back with an offer of $150,000.

If you’re curious to learn more about The Great Unlocking, a book on the path to economic, political, and spiritual enlightenment, sign up or follow below.

Three stories you should read: