I DO NOT HATE INITIAL COIN OFFERINGS 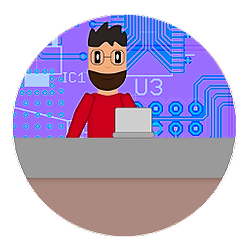 Let’s put things in perspective, I’m not an enemy of initial coin offerings, and yes, in K chin, the startup I founded we implements blockchain technology and uses digital assets, but how do we implement technology and what use do we give it? ?

K Chin is a platform where our users can manage their businesses, create branch networks and connect to the networks of other businesses using the blockchain technology in specific with data streams, they can also use digital assets “Kchincoin” as reward points for their users and implement it within their private network, this asset does not have a market value in reality since it is not interchangeable by other crypto currencies, it can only be used in the offers that each user puts in their business. We also implement the technology to assign the resources that our users deposit to their accounts for the use of the payment network of services such as payment of electric power bills, cable television service, internet services, sale of balance for mobile phones, etc. We also implemented the technology to keep a record of all transactions made within the network and for the handling of disputes.

Although at the beginning it seemed to us a good idea to launch an ICO, after investigating enough, not only in the blockchain ecosystem but with the regulatory commissions of our country we concluded that launching an ICO could present a potential risk for us and our users, so we decided to NOT raise funds by this method. One of the main reasons was the potential risk of the use of the platform for money laundering and the absence of fiscal and judicial regulation that would protect us from possible misuse of our services.

In addition to this, we realized that focusing our efforts on an ICO would involve concentrating our efforts and resources on the ICO itself, rather than on the development and design of our service.

Personally I prefer to look for other ways to take advantage of technology and my main objective is not to make money from nothing but to create a service that provides real value to our customers and helps them grow their businesses. And notice that this is a personal principle, not an inalienable rule. Each person is free to decide how to invest their time, resources and efforts as they please.

So what do I mean in these articles?

Why I refuse to launch an ICO for our startup and why you should also refuse.

You got greedy, Martin…

You plan to launch an ICO, excellent, go and do it, it is not bad, as long as you are honest with those who place their trust in you.

Do you plan to invest in an ICO? great, go and invest, but before doing it use common sense and carefully analyze who you trust your money, do not invest more than you can lose or incur debts to invest because no one can ensure success.

And finally if we do not want to see more governments launching excessive regulations or prohibitions then as developers and entrepreneurs we do not promote the culture of scam.

In the end we can end up with a decentralized utopian ecosystem, open to all, or a tangle of regulations and prohibitions, either by the intervention of the big banks fearful of the end of their economic monopoly or because we simply could not direct the technology.