Don't trust me, Trust my content. I write, edit and write more for brands, magazines and blogs.

When a South African school boy bullied for “being too smart” becomes a trailblazer for billion dollar companies in future — the world wants to peep  into his mind.

Elon Musk is a man who dreamt of going all the way to the moon and did it.

No wonder sometimes you think, “How can someone inject such a high dose of entrepreneurship?”

Let’s turn back the time, Musk was an avid reader from his childhood— as per his brother Kimbal, Musk read two books a day — no matter what they were about.

His booming knowledge is the result of the foundation seed that Musk planted for himself in his initial years. Meanwhile, learning one new skill can be pretty hard for people like “You”. 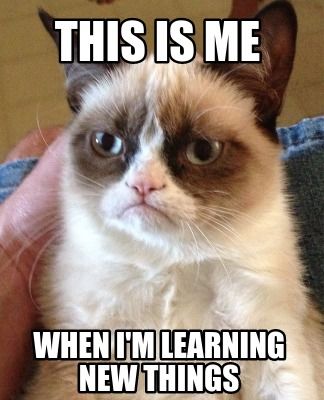 But for Elon musk, it’s all about these two golden rules: enough to bust the myth "Jack of all trades”.

Brain coach Jim Kwik says “Musk brought me in because he realized, like most successful people on the planet realize, to be successful, you have to always be learning,” when Musk hired him for coaching people in Space X.

So what’s the catch here?

As Einstein says “If you want to understand it well, explain it”. When faced, this question on how he manages to learn everything? In response, Musk wrote,

“One bit of advice: it is important to view knowledge as sort of a semantic tree — make sure you understand the fundamental principles, i.e. the trunk and big branches, before you get into the leaves/details or there is nothing for them to hang on to.”

He shared his nuggets of wisdom, everything he applied, from starting PayPal to Tesla and space X.

Basically, he uses first principle, in simple terms, it is the act of boiling a process down to the fundamentals that are true and re-building from there.

He metaphorically says that rebuilding the core of knowledge in the trunk (in case of a tree) is more essential.

Example : Imagine you have 3 things

Now, let’s break it down into single constituent parts

What can you create from these parts? In a nutshell, this is the secret-sauce of learning behind the world's greatest mind, Elon musk.

Connecting is the superpower

You can’t remember what you can’t connect. This is where Musk shines.

By constantly looking at objects, people we meet and the environment we live in, it turns out we start building muscles in part of our brain responsible for the way we understand words, meanings and concepts.

As per many memory experts, attaching meaning or factual knowledge to any of this sensory input is called semantic encoding.

For example, connecting things with someone you know, like going back to your childhood “Christian from Alaska where my brothers lives"

(You are encoding Christian as a name with semantic memory).

The reason we fail to remember names of strangers is that we fail to connect. 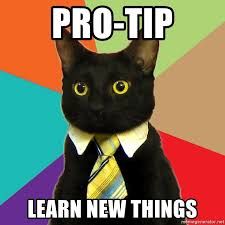 Bottom line — We can appreciate his heroic work ethic but it’s more about the process he follows. There is no magic or superpowers behind it, the key takeaway is :

After reading this, you may not become the next Mars man but at least you can keep learning and fueling your future.

Related Stories
Subject Matter
Book a Demo. Ship Fast. Rest Easy. LaunchDarkly. by @LaunchDarkly
#promoted
The Path to Restful Entrepreneurship: DO More, Stress Less by @shivanijha
#stress-reduction
The Rise of Femtech: Menstruation, Fertility, and Sex — Oh My! by @itrex
#startups
Fractionalising NFTs — Platforms Review by @hugocampanella
#cryptocurrency
What Is EditorConfig And Why You Should Use It by @dm8typrogrammer
#coding-standards
How To Get The Most Out The Pomodoro Technique To Be Highly Productive by @wrgoto
#productivity
The Facebook TransCoder Explained: Converting Coding Languages with AI by @whatsai
#artificial-intelligence