How to Protect Yourself Against Smishing Attacks 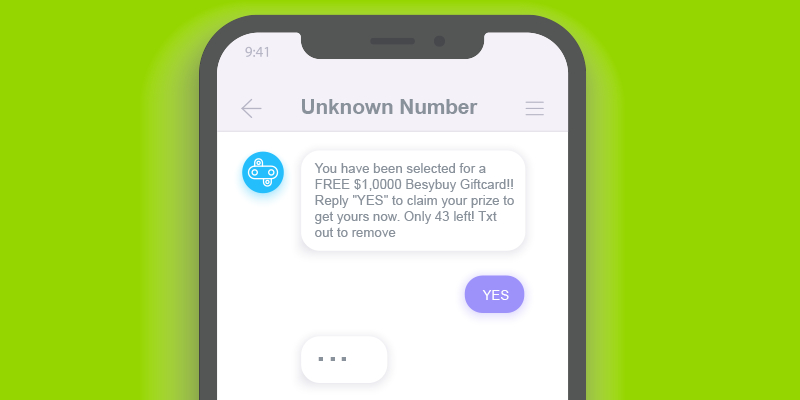 As the threat landscape encapsulating organizations and companies grows increasingly sophisticated, and harbors a growing number of threats and vulnerabilities- organizations are getting more accustomed to commonplace scams such as phishing.

As a type of a social engineering attack, a typical phishing attack aims to lure naive individuals into clicking on malicious email links, through which hackers gain access to confidential information, such as social security numbers, passwords, credit/debit card details, etc.

Unless you’ve been reclusing on a remote island somewhere, chances are you’re already acquainted with the concept of phishing, and have received a couple of shady phishing emails already. Simply put, at their core, phishing attacks are hackings attempts that utilize email as an attack vector, by convincing naive users to click on harmful links. Typically, phishing emails veil themselves as bank requests, promotion hikes, job offers, or a note from a company to appear as convincing to the unknowing user on the other side of the screen. One easy way to prevent phishing attacks is start using certain antivirus software like kaspersky and bitdefender. Click here to read more about these antivirus softwares.

Typically, phishing emails veil themselves as bank requests, promotion hikes, job offers, or a note from a company to appear as convincing to the unknowing user on the other side of the screen.

In more recent years, however, a threat quite similar to phishing, known as ‘Smishing,’ has been garnering attention from several cybersecurity professionals. As the name of the threat quite aptly suggests, smishing is the SMS- based version of phishing scams, and targets individuals through text messages, instead of emails.

In an attempt to aid our reader’s understanding of smishing attacks, and the danger that they pose, we’ve compiled an article that dives deep into the topic, along with providing ways through which innocent users can protect themselves against the text-message based threat.

What Exactly is ‘Smishing?’

If you’re someone who’s a regular receiver of phishing emails, the notion of smishing will be easy for you to come to terms with. Similarly to an email-based phishing attack, the smishing attacks utilize a highly popular technological medium to propagate their scam, namely- text messages.

As per Experian’s findings, the average adult smartphone user, aged from 18 to 24, sends a staggering number of 2,022 texts each month, which averages to 67 messages per day, along with receiving 1831 texts monthly. The rapid frequency with which SMS messages are sent and received each day makes the text message the perfect medium to utilize in the propagation of an attack, hence explaining the overarching popularity of smishing in recent years.

Furthermore, since smishing is still a relatively new threat, several users are still in the dark about the grave impact that a smishing could have. As phishing attacks grew increasingly commonplace, individuals grew more conscious of “sketchy” emails, and marked it as spam, without making the mistake of clicking on it.

With text messages, smartphone users tend to be less skeptical of the message that they’re receiving. Moreover, there’s this underlying (and quite dangerous) assumption that people have, which leads them into thinking that their smartphone is somehow more secure than their computers. Although there might be some semblance of truth in the statement, it is high time that users realize that even smartphone security has limitations, and can not protect against smishing.

With over 3.5 billion smartphone users globally, and the number only expected to increase- mobile users, along with organizations need to prepare themselves for cybercrime targeting mobile devices to ascend to an all-time high. Furthermore, it is also worth mentioning that Android devices are much more likely to face a smishing attack, since there are many more of them when compared to iOS devices.

Another risk associated with mobile phones, that really works in a cybercriminal’s favour, is the fact that most users tend to use their smartphones when they're in a rush, or simply not focusing on the contents on their screens. Not only does this increase the chances of a cybercriminal catching you with your security guard down, it also implies that you’re more likely to click on the malicious link embedded within the text message.

What Do These Smishing Attacks Hope to Achieve?

Up till this point, we’ve established a couple of crucial facts about a smishing attack, namely, the striking resemblance it bears with a phishing scam, the popularity that it’s garnered over the course of recent years, along with how smishing exploits the smartphone for the gains of the cybercriminals involved.

With that being said, however, before we can get into the methods that our readers can employ to protect against a smishing scam, it is highly crucial that we understand the motive that hackers have behind launching a smishing attack. Once we understand the reasons behind a ‘smisherman’s’ attack, only then can we hope to exercise security measures that combat the SMS-centric threat.

Simply put, like most cybercriminals occupying the present-day threat landscape, smishermen hope to steal valuable and highly confidential information. The stolen data- which consists of everything from your credit card details to something as menial as your preferred brand of cereal- is then sold to third-parties for a hefty sum, who may do whatever they please with the sensitive data.

Usually, these fishermen rely on two ways to trick their victims into clicking on the malicious link embedded within the SMS. The first way involves the cybercriminal tricking an individual into downloading a self-installing malware onto their phones, which mines confidential information in the background. The second method, causes the individuals who clicked on the link to be redirected to a fake website, where they’re then asked to type in their confidential information, under some false guise.

In addition to the threat that smishing poses to the layman using their smartphone, with the advent of BYOD (bring your own device to work) trend, smishing should also be considered as a business threat, as well as a consumer threat.

How Can Smartphone Users Protect Against Smishing Scams?

Although we realize the dire gravity of the smishing situation that we’ve painted so far, combatting the ramifications posed by the smishing threat is relatively easy. Since a typical smishing attack relies on a rather naive individual taking the bait presented to them, simply doing nothing with your guard up should be enough to protect against the attack.

Having said that, we realize that not everyone is as security-savvy as we’d like them to be, which is why we’ve included some ways to protect against the SMS scam, which include the following:

At the end of the article, we’d like to reinstate what we’ve said above, and remind our readers that similar to phishing, smishing is a crime rooted in manipulation. As we’ve already said before, the best way to respond to the cybercriminals launching smishing scams, is to simply ignore and not respond to them! 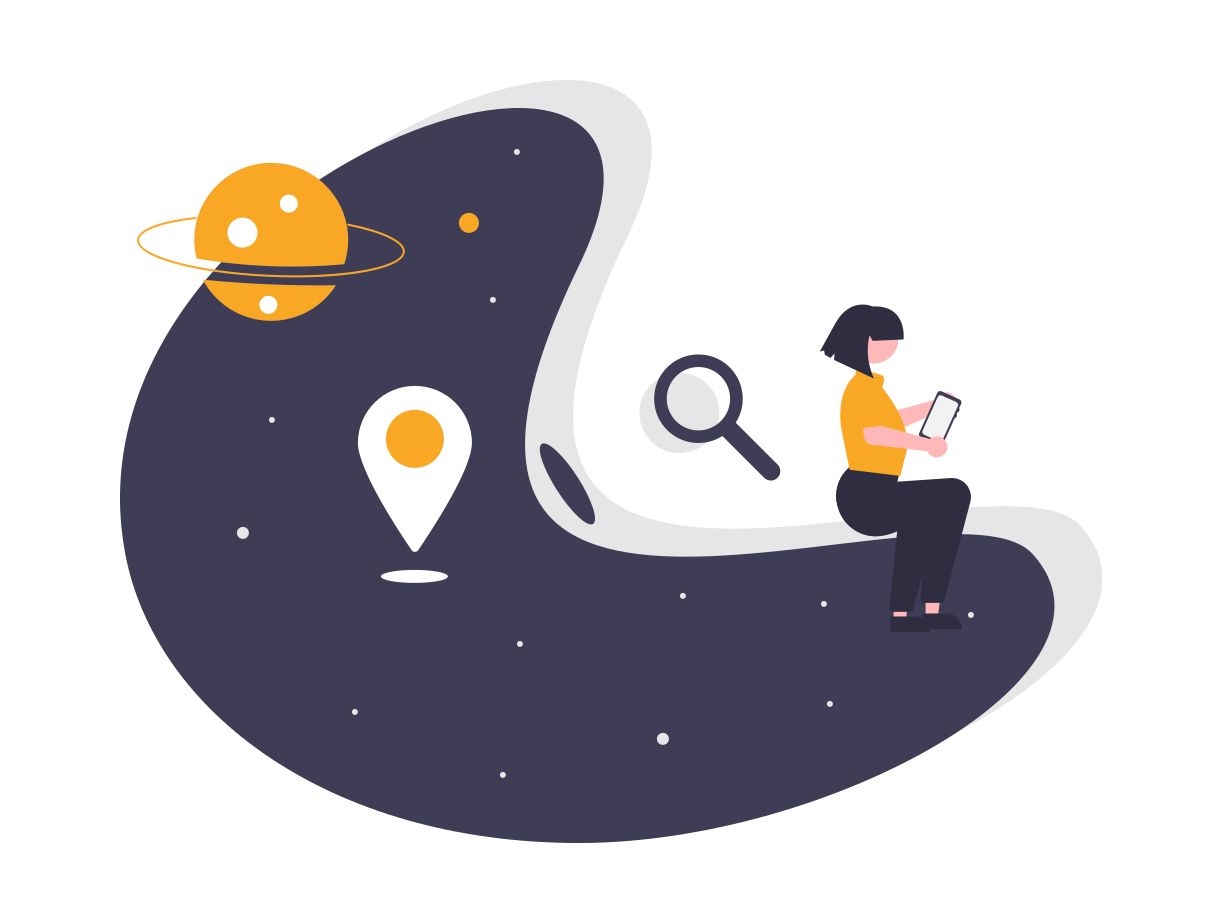