How to Organize DeFi Events in the Online Era - Interview 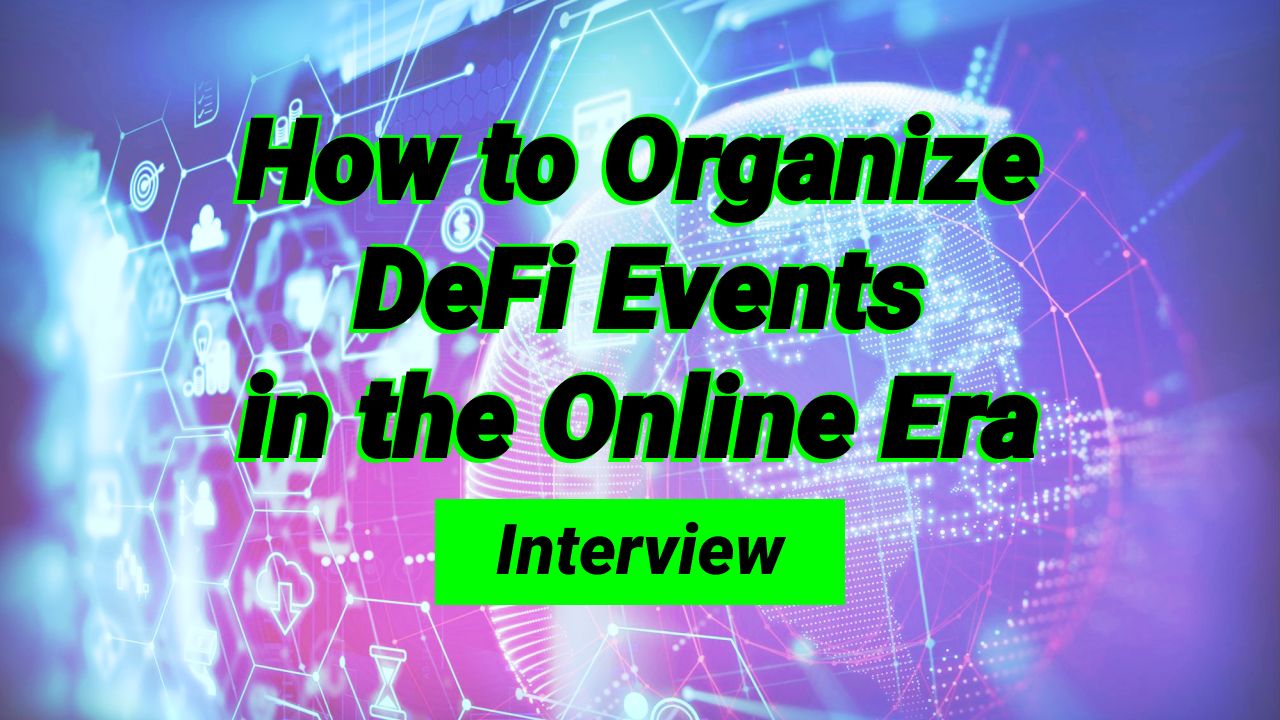 How to organize large online conferences in the crypto space, attract international speakers, and design features for decentralization enthusiasts: read about all these and many other insights in my interview with Ilya Churakov, the founder of DAO Consensus, one of the players in the blockchain event industry.

In this interview, we talked about the DeFi conference and about the difficulties his team had to face. 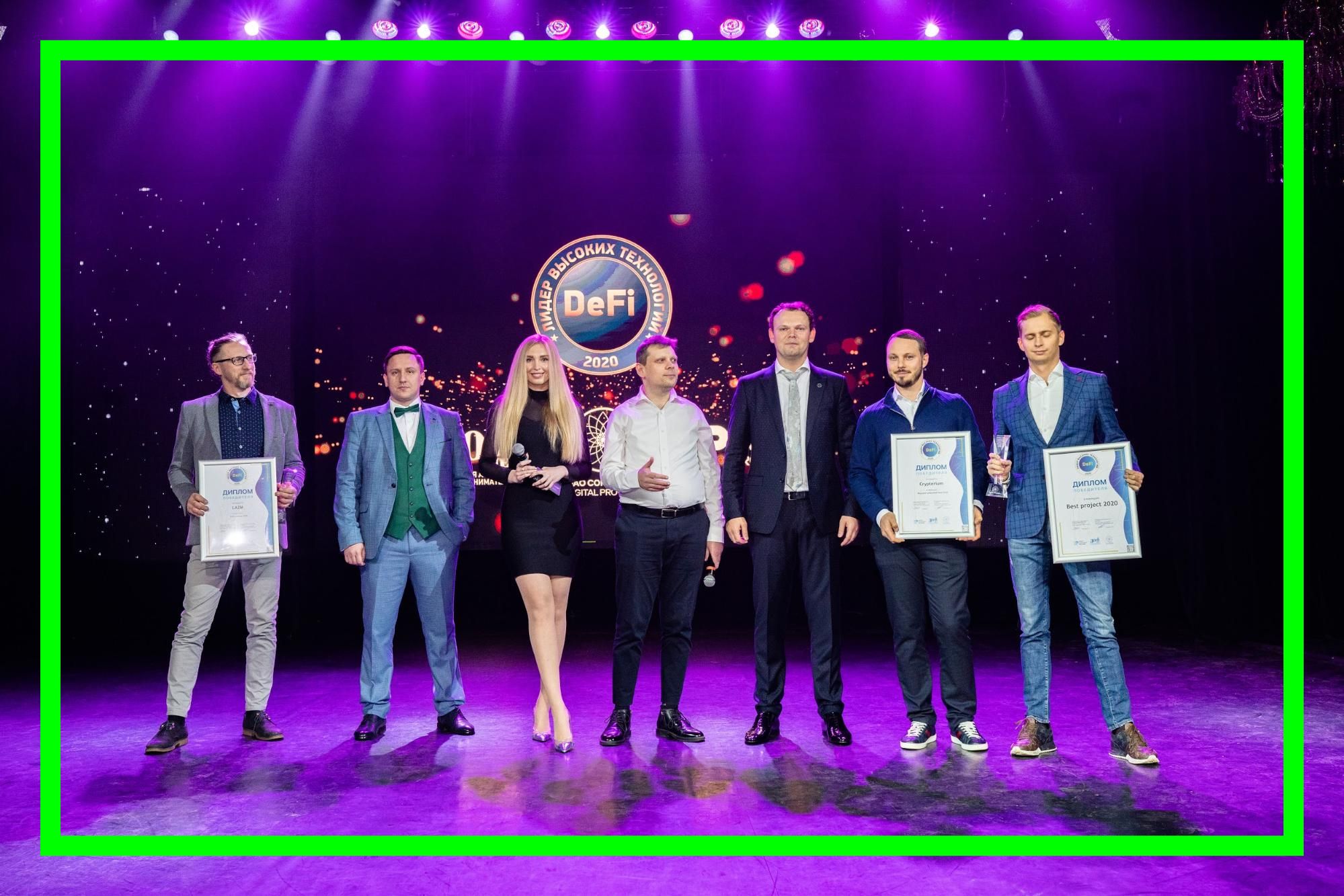 Elay Romanov: Ilya, you've managed to organize and host the Decentralized Economy Global Summit – an online conference dedicated to DeFi, which brought together tens of thousands of participants. How did you get the idea, and how long did it take to turn it into reality?

Ilya Churakov: This wasn't our first online conference. We've been hosting online events since 2012, and one of them was even entered into the Guinness Book of Records as the world's largest business webinar. At some point, we had 12,000 visitors online at the same time, and the total number of unique guests reached 100,000. 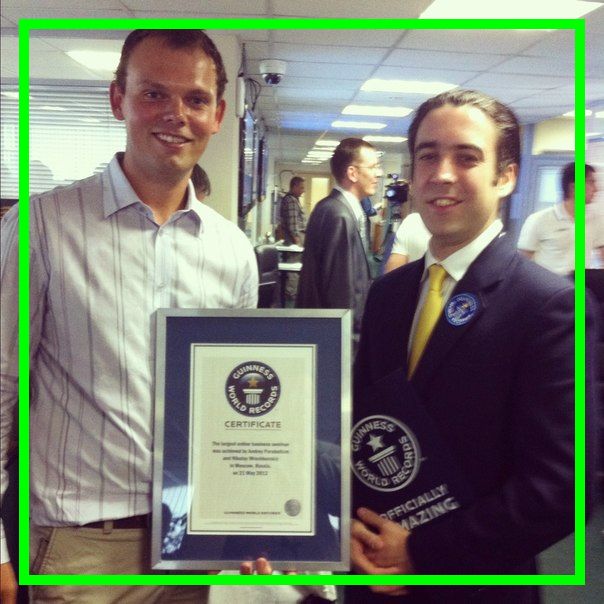 Elay Romanov: That's a real achievement! How difficult was it to have so many people online simultaneously?

Ilya Churakov: With YouTube's current capacity, it's not difficult at all. The complicated part is to offer the same image quality as what you see on TV. You have to use a host of special programs that let you add special effects to the stream. During the conference, we had our speakers talk on Zoom, we streamed that video into a program that added special effects, and then the resulting video was redirected to YouTube and other streaming services.

Another challenge was localization. We wanted to cover as large an audience as possible, so we offered synchronous translation from Russian to English and vice versa, depending on the speaker's language. So, we actually had more than one stream running at the same time.

We also had to be aware of potential copyright issues and the risk of getting blocked on YouTube, but those were secondary problems. The most important thing was the team's professionalism and ability to work together smoothly. 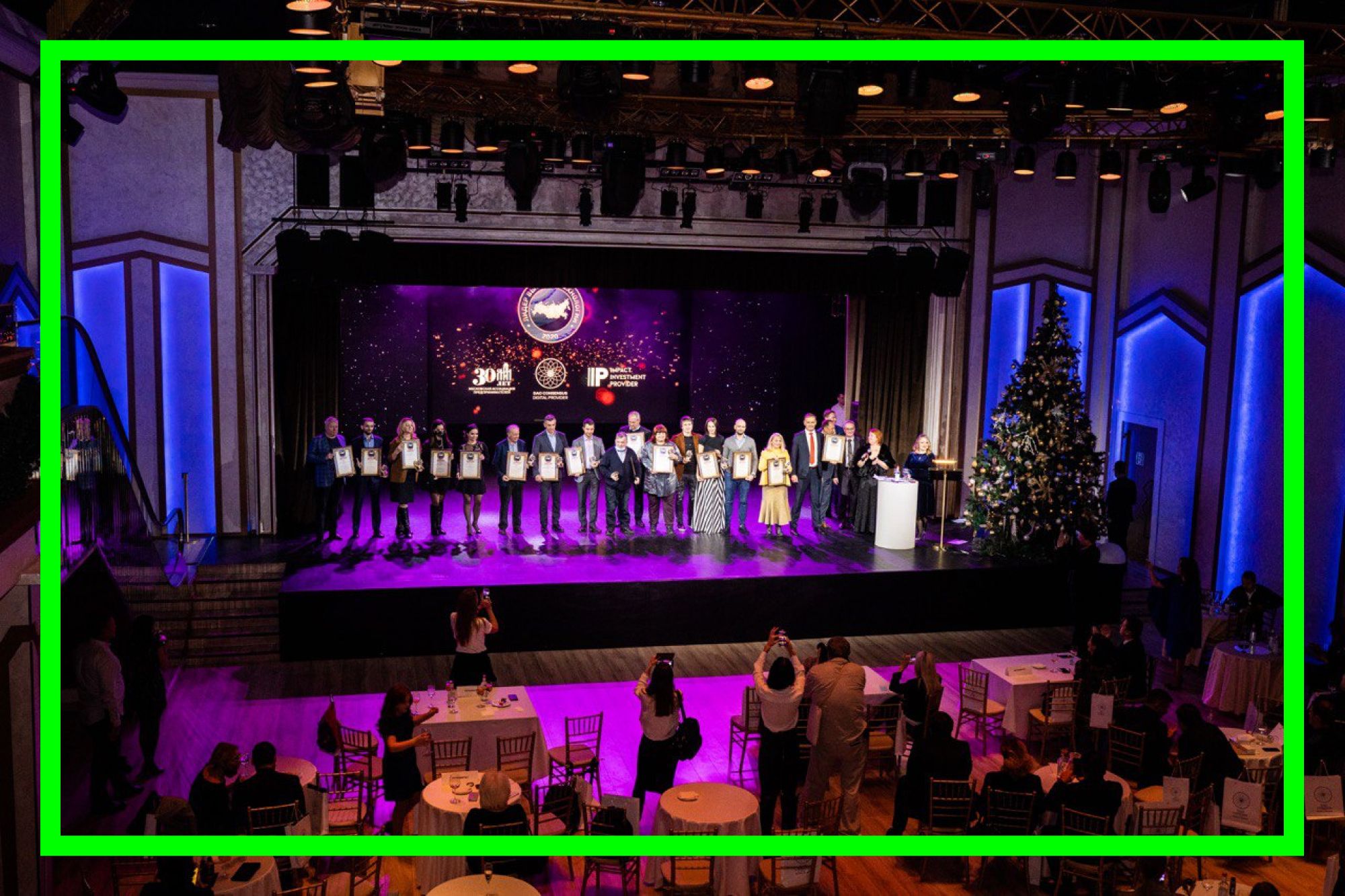 Choice of subjects and the impact of trends

Elay Romanov: You've chosen to organize an event geared at the blockchain community and to dedicate it to the very hot subject of DeFi. Was that the recipe for success? Did it matter that the topic was so trendy?

Ilya Churakov: Of course you should try to pick a trendy theme because that makes it much easier to attract traffic. In the past six months, the DeFi market has exploded by a factor of 14, from $1bn to $14bn. We're seeing an outflow of funds from classical instruments into digital assets, the interest in this subject growing, and more and more people are trying to get into the DeFi space.

On the other hand, when you organize an event around decentralized finance or crypto in general, it gets tricky to promote. Many traditional advertising platforms don't allow crypto-related ads, so we had to use alternative and even viral tools. What’s more, DeFi is still very niche: even though it's trendy, most people don't really understand what it's all about. Many still don't know how blockchain works. What we're talking about is a transition of the industry from the 2017 hype to a mature ecosystem with quality products that actually work. I think the enthusiasm around DeFi is totally justified. And since we're pioneers of a sort, our potential audience is still limited.

An award ceremony as a way to generate traffic

Elay Romanov: What about your award ceremony, The Best DeFi Projects & People Awards 2020? How did you pick the nominees?

Ilya Churakov: We decided to center the summit around DeFi awards. This industry is so young that we know about and follow all the projects of note, and there are some objective metrics for evaluating their impact. Everything in DeFi revolves around smart contracts, so you can monitor and view all the data you need: turnovers, total value locked, and so on. I'd like to congratulate the winners one more time: you've really done a lot for the industry this year, guys, and I hope we'll all do even better next year. 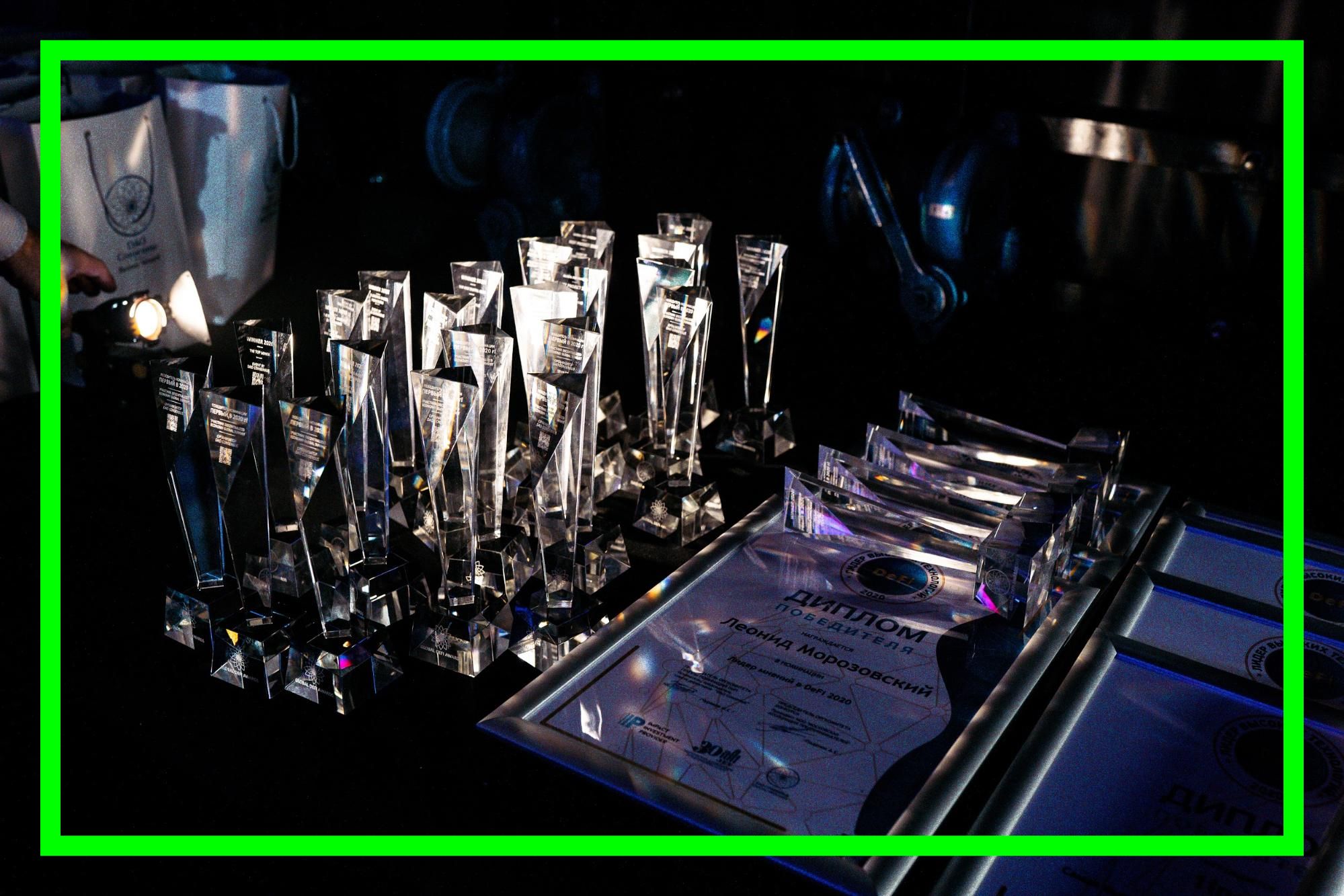 Elay Romanov: Would you say that award ceremonies are a marketing trick? I'm sure this format attracts a lot of viewers.

Ilya Churakov: Yes, indeed. We used community votes to determine the winners, and all the nominees did what they could to win: they wrote about the award ceremony on social media, mentioned it in their newsletters, and so forth. This wasn't our first time holding an award ceremony, though: last year we used similar techniques and managed to attract 46,000 users in just one week.

Elay Romanov: What I'd really like to know is how you convinced high-profile speakers to come. There were many well-known people on the list, so you must have had some trouble persuading them.

Ilya Churakov: Let me remind you that we've been in this space since 2016. In 2017, we held one of the largest ICOs of the year and raised $50 million from a total of 70,000 investors. Right now, our product is a fully operational digital bank with over 200,000 active users in 180 countries. So, we knew many of the speakers personally and had worked with some of them during live conferences – for example, at an event in San Francisco where 2,000 people participated, as well as in Singapore and Seoul.

In other words, we have a wide network of contacts. Plus, we have a coordinator for professional speakers on the team. We sent out personal invites with a detailed description of the event and agreed on the date and time with those who were interested. Then we ran rehearsals and even recorded some of the presentations in case there were any problems.

Sure, there were difficulties. One of them was fake Telegram accounts. We decided to invite Tony Vays – a well-known analyst and speaker – and spent lots of time negotiating with him on Telegram. He sent us an invoice for $10,000, but at the last moment, I found out that Tony (the real Tony) speaks Russian! So I offered to discuss things over a call and started speaking Russian, but he couldn't understand a word. That's when I realized it was a fake account. We did manage to get in touch with the real Tony, and he even did a presentation for free.

Elay Romanov: How did you promote the conference? What tools did you use and what sort of challenges did you encounter?

Ilya Churakov: As I said, traditional marketing tools don't work for blockchain: crypto-related ads won't pass moderation on Google or Facebook. Instead, we worked with influencers and bloggers on YouTube and Telegram. The award ceremony format did have an impact because the nominees shared info about it on social media. As a result, we amassed 3,531 event registrations worth about $2 each. The conversion rate for ads was 0.8%, the cost per click $0.65, and the website's CR 35%.

Participants' experience and the character of the conference

Elay Romanov: What did the guests say about the event? Online conferences tend to suffer from low engagement rates...

Ilya Churakov: The thing about this event was that it was held in three realities at the same time: as an online conference on the web, as a live event, and as a Decentraland broadcast. Decentraland is a virtual world similar to a computer game where every user has their own digital avatar. This universe has its own congress center where we broadcasted the conference. The guests could experience and discuss it within the game, which created a certain amount of hype and added interactivity. 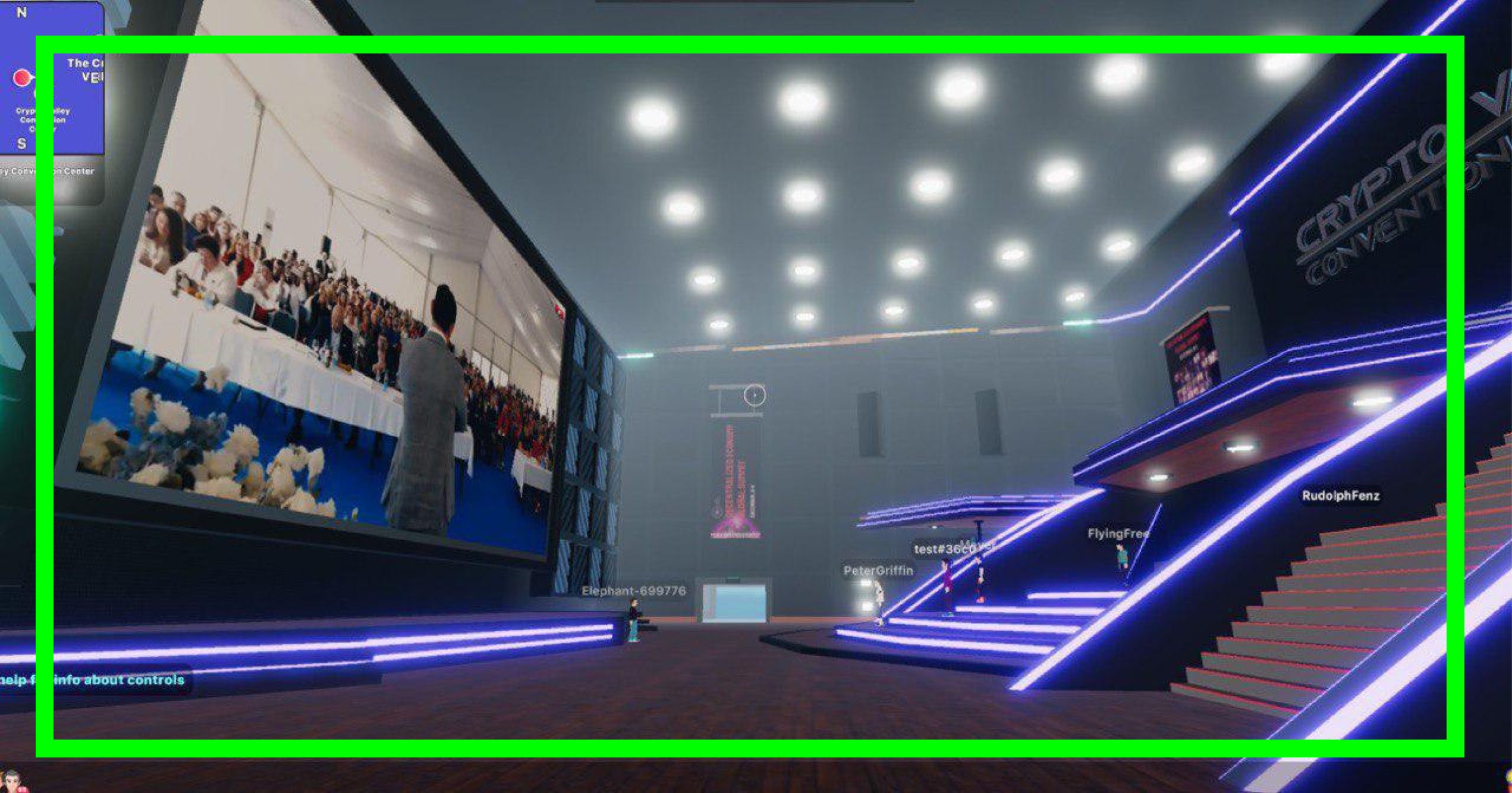 The key way to promote engagement during the online conference was the chat: we answered questions in real-time and kept the discussion going. We also used contests: for example, there was a $1,000 prize for the most active chat participant. The winner was a guy from India, and his family was extremely happy to get the award. The synchronous translation feature was another important factor: there was no language barrier.

The broadcast was limited to four or five hours a day on each of the four days. Every individual user stays engaged and active for 15 to 20 minutes a day, so over the course of several days, you have a constant flow of traffic. After the event, many users remained active, buying a recording of the stream to watch it at their own pace. We also made reels composed of the most interesting bits.

Most of the users said that it was fantastic, amazing, and just overall great. As for me, I was happy to see that so many people are excited about DeFi. 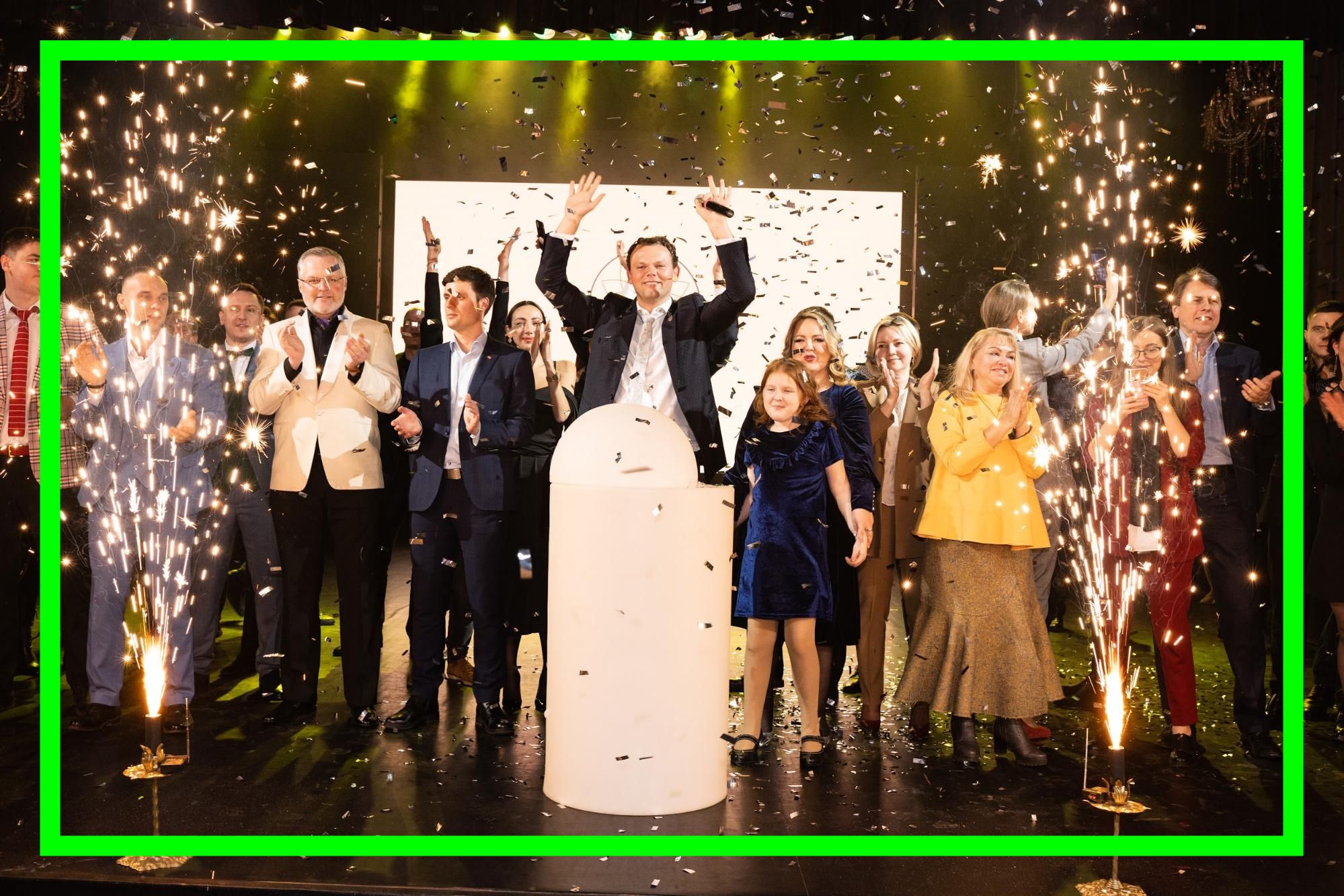 A new generation of business entities

Elay Romanov: Tell us a little bit about your own DeFi project, DAO Consensus. How did you manage to combine the event industry and blockchain?

Ilya Churakov: DAO Consensus is an example of a new type of business organization that runs on smart contracts. DAO stands for Decentralized Autonomous Organization – a sort of a joint-stock company but registered on a blockchain. This approach allows for the creation of organizations run by many stakeholders who use tokens to vote on decisions. The main advantage is 100% transparency: you can track money flows, vote results, everything. These organizations are decentralized in the sense that a lot of people participate in decision-making and there is no focus on one specific person or a narrow circle of executives. This makes the DAO model more stable and scalable: since voting and financial management are governed by smart contracts, you can eliminate the human factor.

DAO Consensus is a business community and an accelerator for decentralized organizations. We help businesses and individuals access the international digital market and use the tools that it offers. We also teach people in-demand professions in the DeFi market. In other words, we help users adapt to the new digital reality. That's also why we hold monthly events and online summits. By the way, our next conference will be held in Sochi in January and will focus on current market trends.