The Ultimate Guide for Web Developers — Part I.

“The Blockchain cannot be described just as a revolution. It is a tsunami-like phenomenon, slowly advancing and gradually enveloping everything
along its way by the force of its progression.”

First, What Is This Blockchain Thing?

Bitcoin’s extreme volatility makes predicting its future difficult, but it is blockchain — the technology that powers the currency, that is capturing the imagination of businesses across the world.

In future posts I will be diving into a deeper technical discussion on Blockchain and it’s implementations. However, this post is intended to provide an introduction for Web Developers and Software Engineers who are (and should be) interested in learning how to get into this exciting new paradigm of Web 3.0.

So for now we just need a short high level overview, and this excellent 5 minute introduction by Simply Explained is one of the best ways to jump right in …

Revolutionary Features of the Blockchain

What are the benefits of blockchain technology?

There is no need for a trusted third party or intermediary to validate transactions.

As blockchains are shared and everyone can see what is on the blockchain, this allows the system to be transparent and as a result trust is established.

Once the data has been written into the blockchain, it is extremely difficult to modify it or tamper with it.

As the system is based on thousands of distributed nodes in a peer-to-peer network, where the data is replicated and updated on each and every node, the system becomes highly resiliant and available.

All transactions on a blockchain are cryptographically secured and provide integrity.

In the financial industry, blockchain can play a vital role by allowing the quicker settlement of trades as it does not require the normal lengthy processes of verification, reconciliation, and clearance.

As no third party or clearing houses are required in the blockchain model, this can massively eliminate overhead and administration costs.

What are the Potential Use Cases to Industry?

Beyond the obvious application of blockchain to cryptocurrencies there are many potential use cases. Here are some that are currently being explored:

A blockchain can be used to reliably and transparently track the movement of goods, their origin, quantity and so forth.

In industries such as food and pharmaceutical quality assurance is critical. If an irregularity is detected somewhere along the supply chain, a blockchain system can lead you all the way to its point of origin.

Recording transactions through blockchain virtually eliminates human error and protects the data from possible tampering. In addition to the guaranteed accuracy of your records, such a process will leave a highly traceable audit trail.

With smart contracts, agreements can be automatically validated, signed and enforced through a blockchain construct. This eliminates the need for mediators and therefore saves the company time and money.

The promise of blockchains in voting all boils down to trust. It could significantly diminish the likelihood of electoral fraud, which is a hot issue for democracy in the world today.

Australia’s stock exchange has already targeted switching to a blockchain-powered system and the Nasdaq has also piloted programs. Meanwhile fully decentralised exchanges on the blockchain (such as 0x) are already a reality.

Traditionally, renewable energy is tracked through through the grid using tradable certificates issued by governments but there are many administration and trust issues that blockchain would be able to solve inherently.

Of course the meteoric rise of cryptocurrencies Bitcoin, Ethereum and Ripple in the market isn’t without merit. It has enabled amongst other things the fast, reliable, secure and cheap transfer of funds across the globe.

All this looks great but why does any of this matter ? …..

1. The Cryptocurrency Space is Growing Fast

Money is pouring into cryptocurrency startups.

More than $6 billion has been raised through ICOs in the first half of this year alone.

According to AngelList, in the first half of 2017 there was more money invested in cryptocurrency startups than in all of 2016 combined.

As cryptocurrency companies are growing, raising larger amounts of money, so are their hiring needs for finding top talent. As a result demand is off the charts for blockchain talent.

An article published earlier this year by TechCrunch states there is a huge shortage of blockchain engineers:

“At the moment there are now 14 job openings for every one blockchain developer.”

The number of job listings on AngelList by cryptocurrency companies have nearly doubled in the last six months.

There are over 2,000 thousand blockchain vacancies advertised on LinkedIn in the US right now — a number that has increased 4-fold since 2017.

Upwork is a freelance talent marketplace and last year it reported blockchain rise to the fastest-growing skill out of more than 5,000. It’s growth exceeded 2,000% for three quarters in a row.

According to the Upwork Q1 2018 Skills Index, which ranks the 20 fastest-growing skills for freelancers, Blockchain is on pace to be the new “Cloud” of the 21st Century.

“Blockchain appears to be the next uncharted, highly talked about technology similar to what the “cloud” was back in the mid-2000’s.”

According to another report by Burning Glass Technologies, there were 5,743 full-time job openings calling for blockchain skills in the last 12 months, which represents a growth of 320%.

2. Blockchain Jobs: So Who Is hiring?

There are indications that increased hiring is occurring in a variety of sectors and industry verticals.

Large companies and startups alike are looking for developers and architects in the field of blockchain development in the US, Europe, and all over the world,

While some industries have already started adopting blockchain in their businesses, many are still only just beginning to explore the best ways to begin.

Similar to any other high-growth startups, cryptocurrency companies need to hire at job functions across the entire organization, and fast. There are positions for software developers, co-founders, technology directors, and designers among these vacancies.

It goes without saying that experienced engineers who’ve worked on cryptocurrency projects are in high demand, but so are talented engineers with an interest in blockchain technologies.

How Much Can You Earn as A Blockchain Developer?

According to a report by AngelList, cryptocurrency startup salaries beat the industry norm by about 10–20% across the board. It is also worth noting that most cryptocurrency companies have great perks, including profit-sharing arrangements.

Blockchain developers in the US earn up to $130k a year, by estimates of Computerworld compared with average salaries of $105 for software developers. In hi-tech regions of the US, such as Silicon Valley, New York, and Boston, this average annual wage is $158k.

According to data was published Burning Glass Technologies, Blockchain development engineer consultants earn anywhere from $50 to $100 per hour in freelance markets.

In Switzerland these figures are even higher. The country has seen a surge in blockchain companies setting up shop there thanks to the permissive approach of its regulator to a new form or fundraising using cryptocurrency tokens or “initial coin offerings” (ICOs).

Thomas Bertani, the CEO of Switzerland-based startup Eidoo, told Business Insider that developers with expertise in blockchain technology, can command salaries of $120,000 to $180,000 a year.

Working in the cryptocurrency industry improves your chance of being able to land a remote gig by 22 percent. This doesn’t account for numerous cryptocurrency startups who have flexible work policies where you are only required to be at the office on certain days.

Cryptocurrency employees are more likely to enjoy distributed working arrangements and are geographically disperse compared to traditional candidates. It’s interesting that within companies that focus on distributed technology the candidates are also so distributed.

As can be clearly seen, we are at the very nascent stages of a new paradigm. While the learning curves can be steep there are huge opportunities for those who are willing to embrace these new technologies.

In future posts, I will be diving into more detail on the technology stacks and skills you need as a to acquire as well as exploring in depth such topics as Consensus Algorithms, the Scalability Trilemma and Coding in Solidity along with all the best up-to-date tools available for you to use right now to get started on your optimal path in going from being a Web Developer to becoming a Web 3.0 Blockchain Engineer.

In the meantime you can head over to www.optimizme.com and check out the platform we are building to help you harness the power of accelerated learning to upskill for the new economy.

How to Land One Of The Best Jobs In The World (As A Blockchain Engineer)
The Ultimate Guide for Web Developers — Part 2hackernoon.com 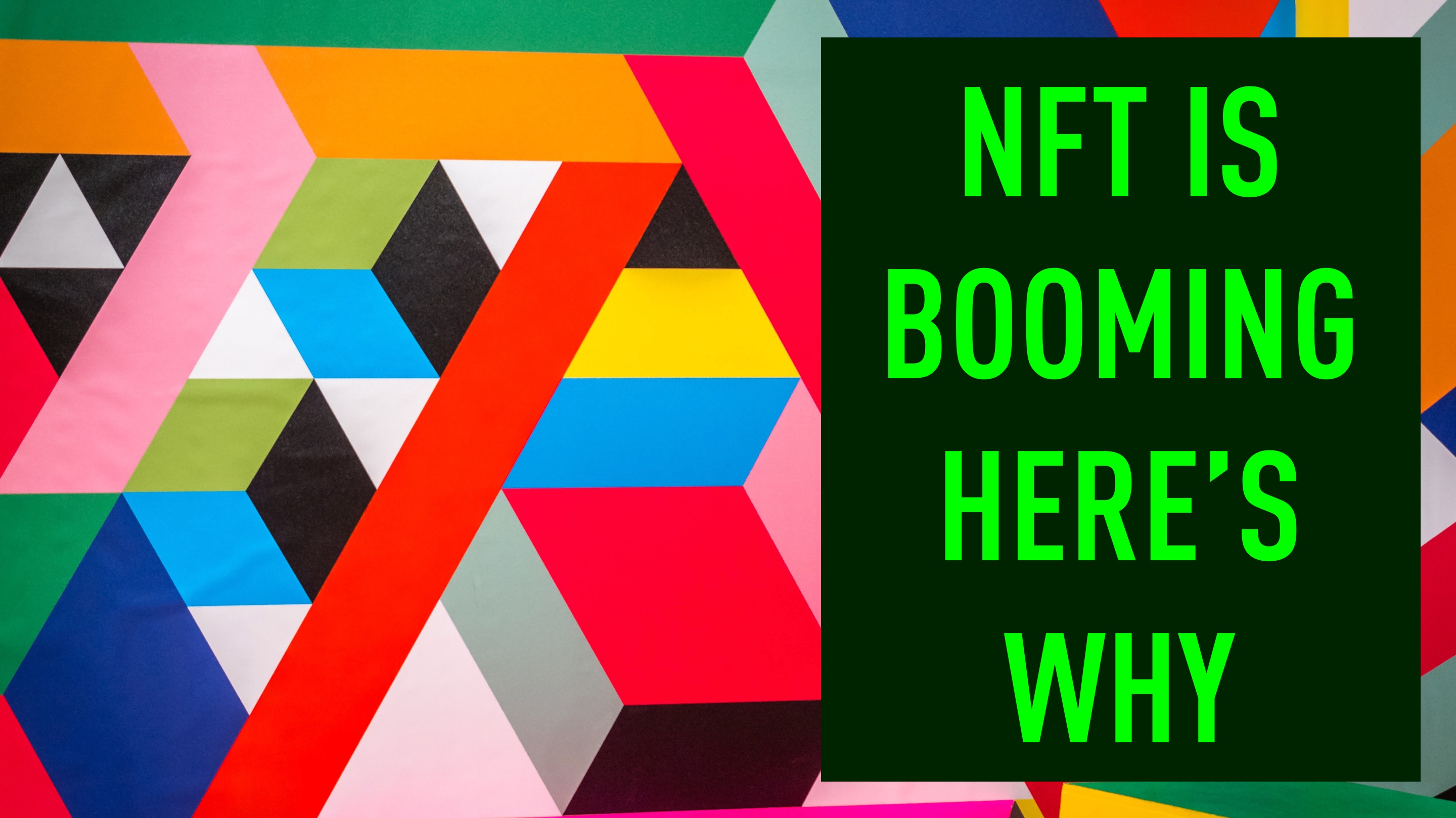