How to Build a Twitter Bot with IPFS Cluster 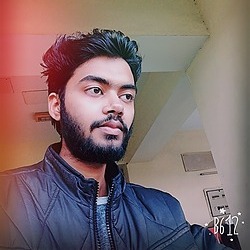 Till now, we have explored a number of fun examples using InterPlanetary File System (IPFS), InterPlanetary Linked Data (IPLD) & Libp2p. We have built Websites on IPFS, Youtube on IPFS, Online Publication on IPLD & Chat Application on Libp2p.
In this tutorial we are going to build a Twitter Bot(or a Pinbot) using IPFS Cluster.
You can see our Twitter bot in action!

The bot will reply with the links to your content stored on the IPFS Cluster Network.
Cool, right? Let’s see how you can build your own twitter pinbot!
In this tutorial, we are go through:
You can find the full code implementation here: simpleaswater/twitter-pinbot
If you get stuck in any part or have any queries/doubts, then feel free to reach us out on our discord channel.

Before setting up our own IPFS Cluster network, it’s good to spend a few minutes to understand why do we need IPFS Cluster and what is it.
If you are new to InterPlanetary File System (IPFS) then we would recommend you to check out this post first:
Understanding IPFS in Depth(1/6): A Beginner to Advanced Guide
If you are familiar with IPFS, then you already know that IPFS aims to make the internet decentralized using content addressing approach.
The way this works is similar to services like BitTorrent where every user does not just consume the data but also serves it to other people in the BitTorrent network. That means you can not only get the data(let’s say Star Wars movie) from anyone on the network who has it, but also share this data with anyone who asks for it on the network.
But if all the people who have the Star Wars movie go offline, then you are out of luck.
No movie for you 😔

Now to understand why do we need IPFS Cluster consider the following scenario:
Let’s suppose you want to store your collection of favorite songs on the IPFS Network. You upload your playlist on the IPFS network and the people who also love the same songs can get the songs from you.
Now, you may also have other things on your device that you want to keep(your Movies, vacation photos, etc.). So, you decide to remove the playlist from your device. After all, you can get your playlist from the people who downloaded it from you earlier. So, you are not worried about your songs getting lost, and go to sleep happily.
One fine day, you want to get your songs back for your long workout session but are devastated to see that you can’t find your playlist on the IPFS Network 😨
But how can this happen? You saved it on the network, right?
It turns out that all the people who saved the playlist are either offline or have deleted the songs, as they got bored with them.
The problem was that our playlist was not stored redundantly on a number of nodes(or devices) so that we could be sure that it would not get lost in the oblivion.
So, how do we ensure data availability and redundancy on IPFS?
Enter IPFS Cluster.

The purpose of IPFS Cluster is to make it easy for you to orchestrate/manage data across several IPFS peers by allocating, replicating and tracking a global pinset(list of saved data) distributed among multiple peers.

This way you can build a network of IPFS peers which redundantly store data for us.
If you want to know more about IPFS Cluster and see how it works under the hood, then head here: Complete IPFS Cluster Guide: Concepts, Tutorials & Examples
If you have any queries/doubts till now, then feel free to reach us out on our discord channel.
Now, as we have explored why we need IPFS Cluster let’s setup our own IPFS Cluster network, on which we will save our tweets.

Setting up Your IPFS Peer

As IPFS Cluster network is a collection of IPFS peers, first we need to install & run an IPFS peer.
You can follow this guide to install IPFS Peer on your device.
Installing & Updating IPFS on Windows, Mac & Linux
After installing the IPFS, you can test your installation using

NOTE: Throughout this tutorial, we use the $ character to indicate your terminal’s shell prompt. When following along, don’t type the $ character, or you’ll get some weird errors.

Now, let’s initialize your IPFS peer using ``
Voila! Your IPFS peer setup is complete!
If you are having any problems while setting up your IPFS peer, then feel free to reach us out on our discord channel.

Setting up Your IPFS Cluster Peer

In order to make the twitter bot example work, we need to change the IPFS Cluster config a bit. If you want to know why we are doing these changes, then you can refer to this discussion thread.
To make the changes, first open your IPFS Cluster config located at .
Now, scroll down to the api JSON object. In the api section, you will find restapi JSON object. You need to add these 3 key-values: , and as shown below.

NOTE: The private_key that we are using is just for the demo purpose. If you are building a production bot, you should create your own libp2p private_key and id.

Now, as we have installed IPFS and IPFS Cluster peers, we can start our Cluster network.
1. Open a terminal window and start the IPFS peer using .

2. Open another terminal and start the IPFS Cluster peer using .

If you managed to reach here, then you deserve a pat on your back!
You are now running a IPFS Cluster network with 1 peer. For the purpose of this tutorial we will proceed with this setup. In case, you want to setup a more complex production infrastructure, then you can refer to IPFS Cluster docs.
If you have any queries/doubts, then feel free to reach us out on our discord channel.

3. Now, select the “Making a bot” option for your primary reason for using twitter developer tools, and click “Next”.

4. In the next page, you will be asked some personal details. Fill them up and click “Next”.
5. In the next page you will be asked a few more questions about how will you use twitter’s APIs. Fill up the answers by saying that you are creating a bot for fun 😉. After filling all the info, click “Next”.
6. In the last page, you will be asked to confirm the details that you provided.
7. You may have to confirm your email account. And wait for sometime to get your account approved.
After your account has been approved, you can go your twitter apps page, and click “Create an app”, fill the app details and hit “Create” button.
Congratulations! You now have a twitter app 🎉
Now, come back to the twitter apps page, where you can see your app. Click on the “details” button.

Navigate to the “keys and tokens” section, where you will find all the credentials we want. Copy the “API key”, “API secret key”, “Access token” & “Access token secret”.

Now, as we have everything we need to build the Twitter Pinbot, let’s fire up our code editor!

We are going to use Golang to build our Twitter bot. You can download Golang from here.
First you need to download Golang.You will be redirected to a page with installation instructions. Follow these instructions to install Golang.
After installing Golang, we are ready to start with the twitter bot code.

Now, it’s time to test our code.
First build the code by executing in the directory/folder(twitter-pinbot) where you have saved your main.go file.
This will download all the modules that we have imported. After this is done, you will see an executable file named twitter-pinbot.
Before starting, make sure that both, IPFS dameon and IPFS Cluster daemon are running, that we started above.
Now, you can run the executable file by executing .
If everything works fine, then you would see a list of your bot followers like this:

Now, we are waiting for your tweets…

If you get stuck in any part or have any queries/doubts, then feel free to reach us out on our discord channel.
This article was first published on our open-source platform, SimpleAsWater.com. If you are interested in IPFS, Libp2p, Ethereum, Zero-knowledge Proofs, Defi, CryptoEconomics, IPLD, Multi formats, and other Web 3.0 projects, concepts and interactive tutorials, then be sure to check out SimpleAsWater.