How The World Bank Can Lead Blockchain Innovation In Developing Countries 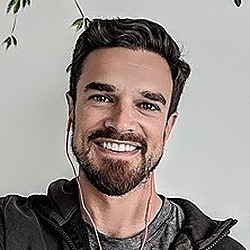 I approach these subject as a retail/tech entrepreneur with a management consulting background. MBA.

The World Bank has a unique opportunity in front of it.
There is one blockchain platform with the exact same mission, “to end world poverty”. As I wrote about in a recent article, this same platform has quickly become the most promising blockchain ecosystem in the world. The blockchain platform is called EOS.io.
In an April 2018 post from The World Bank’s blog entitled, “Blockchain & Distributed Ledger Technology (DLT)”, the Brief notes,

Since this technology is still nascent, the World Bank Group doesn’t have general recommendations about its use for international development. We are in dialogue with standard-setting bodies, governments, central banks and other stakeholders to monitor, research and pilot applications based on blockchain and DLT.

Technology moves quickly. EOS launched in June 2018, two months after the above post was published by The World Bank. Since then EOS has rapidly risen to the top spot in blockchain activity globally. Meanwhile World Bank CEO Kristalina Georgieva and her team have recognized the importance of blockchain technology. They may appreciate the significance of one EOS governance mechanism in particular — a mechanism with the proven power to deliver economic opportunity and social freedom to humans around the world. That mechanism is: Voting.

Above Photo: World Bank CEO Kristalina Georgieva
EOS delivers #DigitalDemocracy, and its reach is global.
EOS is a democratic system in which coin holders vote for the companies that run the network (“nodes” or “producers”), and the top 21 highest vote-earners (“block producers”) collectively dictate development priorities for the EOS.io platform’s technology (also through a voting mechanisms). The EOS coin-holder voting system is continuous — running 24/7 — with hundreds of companies around the world for coin-holders to choose from. Many of these companies are in poor countries.
There are also EOS proxy voters. These are entities — people or groups — who are willing to vote on other coin-holders’ behalf. Coin-holders can “stake” their votes to a given proxy voter, and the idea is that these proxy voters will vote in a way that’s consistent with the coin-holders’ values. To date there is not a comprehensive, formal, in-person dedicated auditing process being applied by any proxy voter team, though this is something that is sure to evolve.

The World Bank belongs on the list of EOS proxy voters, at the top.
Purchasing $1B USD worth of EOS at its current price — around $5 USD — would make The World Bank the single largest voting entity on the EOS blockchain, with far more voting power of EOS founding entity block.one. They could then use their voting influence to lift the most promising groups located in the poorest developing countries. EOS nodes that earn more votes are paid more money. By voting in this way, The World Bank would retain all of its EOS coins while doing this, effectively delivering free economic stimulus consistent with its mission to end world poverty.

Above Photo: Top 10 Largest EOS wallets — block.one at #1 with 10% of all EOS coins (source: Etherscan.io)
By proxying its EOS investment to itself, The World Bank would instantly become the largest EOS proxy voting entity by a long shot. Other EOS coin holders would follow suit. Led by the World Bank, a significant portion of the EOS coin-holder network could dramatically impact ecosystem-wide behaviors by rewarding entities that best demonstrate values consistent with the mission of ending poverty globally, while also stimulating economic development in countries most in need of support.
As an EOS proxy voter, The World Bank could theoretically lift an organization such EOS Nairobi into the top 21 EOS Block Producers, which would increase their compensation, and also grant that company rights to participate in votes over platform-changing decisions. Given the importance of empowering women, The World Bank Voter Proxy could dramatically enrich the compensatory rewards received by the all-women ShEOS node service provider. EOS Venezuela might be another interesting candidate for vote support from The World Bank.

Above Photo: More than 200 companies around the world compete for votes from EOS coin holders (EOSAuthority.com/vote/producers)
The cost of EOS coins is likely to increase in coming months and potentially skyrocket over the next 1–2 years, as hundreds-to-thousands of decentralized apps (dapps) are launched and begin to penetrate mainstream society on a global scale. The time is now for a large entity with explicitly positive intentions to lead by example and establish a foothold in what may well become the world’s future Internet. If an investment in the EOS blockchain platform delivers outperforming financial gains from appreciation in the EOS coin price, The World Bank could either maintain its position as a dominant influencer on the EOS blockchain, or it could distribute gains to companies in countries where technology development funding is needed, through EOS VC, or through The World Banks’ own venture capital efforts.
It would be worth it for The World Bank to form a team of 3–7 analysts to audit EOS node service providers and EOS dapp startups around the world, in order to back the right group — to ensure votes are intelligently distributed and the most promising startup teams are funded.
The World Bank’s purpose is to fund global change. With EOS it has an opportunity to influence the development priorities and geographical expansion of what has quickly become the most dominant blockchain ecosystem the world. By rewarding community-building behaviors with votes, promotion, and funding, The World Bank can have a massively balancing and net uplifting global impact on the EOS blockchain ecosystem. All stakeholders in the EOS ecosystem would benefit from the entry of this benevolent behemoth.
Presently a disproportionately high number of the EOS coins are concentrated among exchanges, which is a reflection of where the EOS blockchain platform is in its lifecycle — just over a year old. Holders haven’t yet begun to move their EOS coins off of exchanges to utilize the many revenue-generating dapps EOS has to offer, so they sit in a pool controlled by whichever exchange they used to purchase the coins. It’s only a matter of time before those coins begin to flow outward into the EOS dapp ecosystem.
The price of EOS is likely to rise soon, and The World Bank should take this opportunity — and move with some urgency — to establish itself as a global leader in ushering in new technologies that can help bring greater economic wellbeing to those most in need of it. Kristalina Georgieva is known to be a forward thinker. I hope she and her team make it happen with EOS.
*End Note*
World Bank website: WorldBank.org (click here)
Informational excerpt from The World Bank’s Wikipedia page:
The World Bank (French: Banque mondiale)[5] is an international financial institution that provides interest-free loans and grants to the governments of poorer countries for the purpose of pursuing capital projects.[6] It comprises two institutions: the International Bank for Reconstruction and Development (IBRD), and the International Development Association (IDA). The World Bank is a component of the World Bank Group.

Is EOS Overtaking Ethereum? A Deep Dive into Network Activities