How The Bitcoin Threshold Will Be Broken Via Institutional Adoption 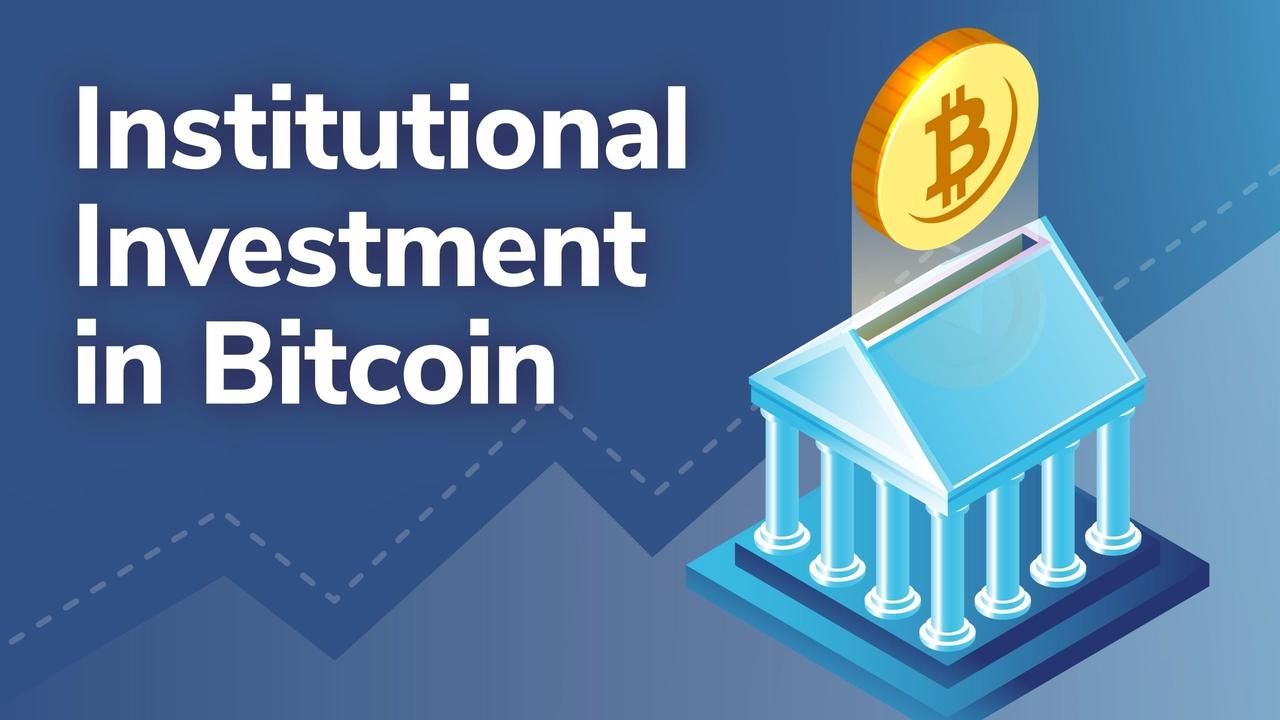 Reaching a new all-time high (+$23,000) gaining +100% in value from its $10,260.03 low towards the end of September, Bitcoin is the talk of the year with not just individual investors, but institutions as well. News of prices, prominent investors, and institutions getting involved in the crypto space has re-lit the interest of bitcoin's utility and its future. During the month of August, many investors were excited to see Bitcoin shatter past the $12,000 barrier, but it was unable to hold steady after hitting a high of $12,482.20 on August 16th. Over the weeks, prices plummeted back down to ~10k and on some days experiencing lows of $9,000. What caused the enormous bull run after failing to stabilize at $12,000 you might wonder? It all starts with Paypal’s announcement of a new service to trade cryptocurrencies like Bitcoin for its users.

Paypal, operating as one of the largest global online payment systems, announced on October 21st that users will be able to buy, hold, and sell cryptocurrencies. Dan Schulman, president and CEO of Paypal, stated, “the shift to digital forms of currencies is inevitable, bringing with it clear advantages in terms of financial inclusion and access; efficiency, speed and resilience of the payments system; and the ability for governments to disburse funds to citizens quickly."

With over 305 million active users on the platform in 202 markets, public adoption rate will substantially rise within the next few years as more individuals understand how cryptocurrencies function with its different use cases. To aide in the adoption of cryptos, PayPal will provide educational content for users to deepen their knowledge on the risks and opportunities of different cryptocurrencies (Currently Bitcoin, Ethereum, Bitcoin Cash and Litecoin are accessible for users). The company also has plans to expand these features to Venmo, a mobile payment service that allows anyone from students to small businesses to transfer money with a click of a button.

Following the announcement, PayPal has been buying 70% of new mined Bitcoins in the month of November along with Square, a financial service and mobile payment company, buying 40% of newly mined Bitcoins. With Bitcoin’s inelastic supply, more coins can only be bought at higher prices which means other institutions will have a harder time following the adoption. The price rally this year is incomparable to 2017s run simply due to financial services like Webull, Robinhood, Cashapp, and PayPal allowing crypto trading to 300+million users. During PayPal's official launch, Bitcoin prices have skyrocketed well over $12,000 (~$16,752 at the time of launch).

Before cryptocurrencies truly flourished, crypto services practically begged financial services like Visa to work with them and now the tables have turned. Back in 2019, Visa partnered with Coinbase to create a crypto-backed debit card that allowed user's cryptocurrencies to convert to fiat currency when spending. On December 1st, 2020, Visa announced that it’s partnering with BlockFi, a crypto financial service, to create a credit card that rewards its users Bitcoins instead of traditional point credit card rewards. A bitcoin reward system allows users to really put their money to work since you will receive a small portion of Bitcoin that will grow in value over time. With the existing point credit card system, users are racking up points that have a fixed value and are sitting around until they convert to airline miles or cash. According to Bloomberg, users will receive 1.5% of their purchases back in cryptocurrencies and a lump sum $250 if spending exceeds $3,000 within the first three months. The card requires a $200 annual fee.

Coinbase revealed MicroStrategy's initial $250 million investment in Bitcoin occurred in August. In the following month, the company added an extra $175 million worth of Bitcoin into its portfolio. CEO Michael Saylor stated, "Bitcoin is part of the firm's new allocation strategy that aims to maximize long-term value for shareholders while reflecting the cryptocurrency's use as a store of value with greater appreciation potential than holding cash."

The whaling doesn't stop just yet as the company disclosed an additional $50 million bitcoin buy at $19,427 per Bitcoin. Several days later, MicroStrategy made an announcement to raise $400 million through debt(Senior Convertible Notes) to buy more Bitcoins! The company now holds over 40,000 bitcoins and is now the first public company to hold a vast amount of cryptocurrency to hold on its balance sheet as a primary treasury reserve asset.

On November 27th, Guggenheim's Macro Opportunities Fund filed an amendment with the SEC to gain indirect exposure by adding 10% of its funds into Grayscale Bitcoin Trust. MOC currently has $4.97 billion in net assets which means $497 million will be invested in Grayscale. The company acknowledges the risks being taken and may change exposure to crypto depending on future performance.

On December 3rd, S&P DJI confirmed that it's partnering with Lukka, a blockchain data provider, to launch crypto indexes with 550 coins in 2021. An absolute power move will slowly close the gap between traditional and crypto financial services.

Many companies, millionaires, and billionaires are voicing their bullish opinions on Bitcoin and that includes those who were skeptical years ago.

Ricardo Pliego, Mexico's second wealthiest man recently revealed 10% of his liquid portfolio contains Bitcoin. He tweeted about a book about Bitcoin and believes it’s imperative that all individuals should understand the utility of cryptocurrencies and how it will protect them from poor government actions.

Three years ago, Ray Dalio, billionaire hedge-fund investor, was a non-believer in cryptocurrencies and believed it to be a soon to burst bubble. He clearly stated that Bitcoin could not be an effective store hold of wealth due to volatility and that the amount of speculation and lack of transaction leads to Bitcoin not being a legitimate currency. Today, he is still skeptical on Bitcoin but believes that he might be missing something. Through a series of tweets, he addresses the problems regarding Bitcoin's volatility, validity as a medium of exchange, government intervention, and institutions/banks not likely to move away from gold. It seems as though Dalio has taken some interest in Bitcoin this time and is waiting to be proven wrong so he doesn't miss out on an opportunity.

Like Ray Dalio, BlackRock CEO Larry Fink had negative views of Bitcoin calling it an "index of money laundering". Fast forward 3 years later, he takes Bitcoin's side believing it can possibly evolve into a global market asset and states, “ Having digital currencies has a real impact on the U.S. dollar, making it less relevant on a global scale for international holders of dollar-based assets.” BlackRock's CIO, Rick Reider, is also bullish on the digital currency as he affirms that it's here to stay and credit goes to millennial's openness on digital assets and digital payments.

Mass Mutual, a Massachusetts based life insurance company with over five million clients, reportedly added $100 million of Bitcoin into it's investment portfolio. With an investment portfolio holding $235 billion, ~.04% has been allocated to Bitcoin. The purchase happened through NYDIG, a fund management company holding $2.3 billion of various cryptocurrencies. Ross Stevens, the founder of the management company, stated other insurance companies have been investing in Bitcoin for general accounts. Interest rates hovering near zero and a depreciating dollar has caught the attention of many companies throughout this year.

According to JPMorgan's quantitative strategists, a major shift in the gold and crypto markets has only begun as investors pour money into bitcoin funds and out of gold. As gold ETFs continue to bleed and bitcoin funds absorb, the price of gold will suffer in the future but in the short term, JPMorgan determined that recovery for gold is due as Bitcoin prices have overshot.

Through public adoption and research, more and more prominent figures and institutions are finally seeing the opportunity with digital assets. And of course, the pandemic played a huge role due to the Fed's $9 trillion stimulus injection. In other words, 22% of all U.S. dollars were printed in 2020.

Many investors are cautious and fearful for the next coming weeks of rumors that the U.S. Treasury Secretary Steven Mnuchin may have plans to regulate cryptocurrency services and crypto wallets. Additionally, Mnuchin hosted a viral meeting with G7 Finance Ministers where they came to the conclusion regulation of digital currencies is crucial. But take a deep breath. President-elect, Joe Biden, selected Gary Gensler, former chairman of the Commodity Futures Trading Commission and Goldman Sachs executive, to lead the financial policy transition team. The Wall street veteran is known to be crypto-friendly and testified before congress on cryptocurrency's efficacy. The next administration may boost adoption of both blockchain and cryptocurrencies in the coming years.

Volatility is still an issue with Bitcoin, but the spike is related with the immense trading volume($55 billion on December 1st) that's been happening during the last 3 months. Looking at Bitcoin's correlation with the S&P and Gold, both traditional assets are not correlated with the cryptocurrency especially during this year's bull run. 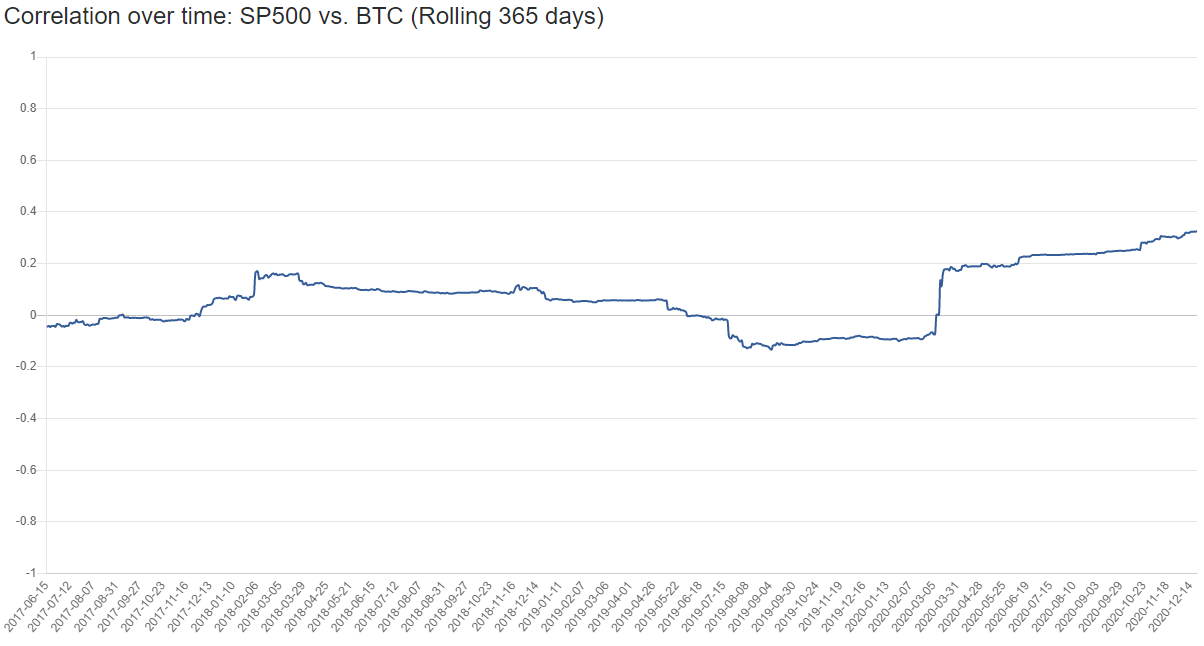 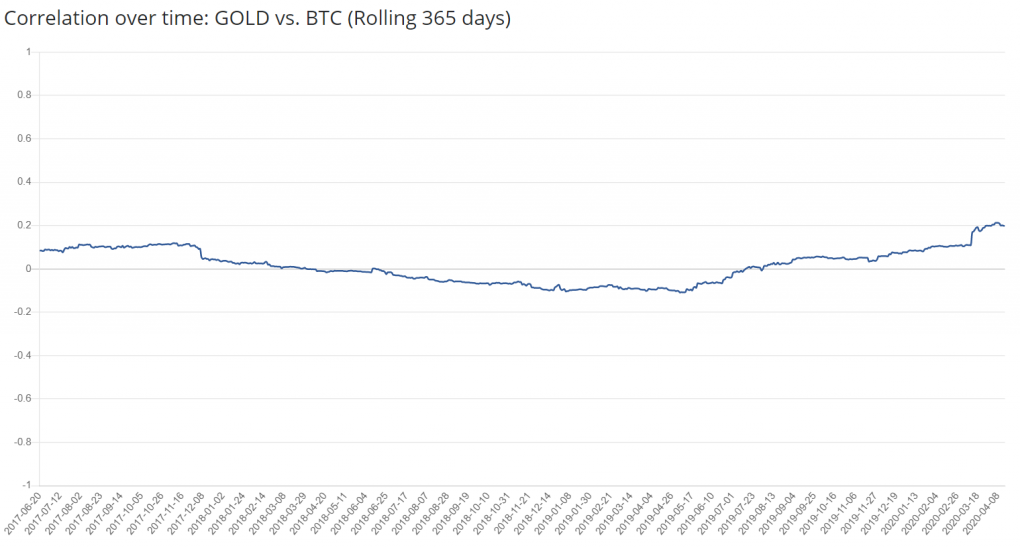 It’s been three years since Bitcoin prices have skyrocketed this high and it shouldn’t be a surprise that investors, specifically whales, would want to cash out during this time. As prices explode past $20,000, holders might feel pressure and afraid of early sell-offs since 2017's Bitcoin bull run ended around $19,800. Only time will tell when Bitcoin's +$20,000 milestone will remain stable and how both the public and institutions will react.

Related Stories
Subject Matter
Earn Crypto Rewards Monthly by @Mysterium Network
#promoted
Bitcoin: You can’t print it, but you can mine it by @joshchang
#bitcoin
Building the Network for the WFH Future by @brianwallace
#remote-work
Introduction to AWS Log Insights as CloudWatch Metrics by @thedigicat
#aws-lambda
The Role of Blockchain and Decentralization in the Digital Economy by @maddykutechno
#decentralized-internet
$Fil Mooned Right After I Sold It. Am I Weak Hands? by @digifinex
#filecoin
My First Impressions on BitClout by @TheLoneroFoundation
#bitclout