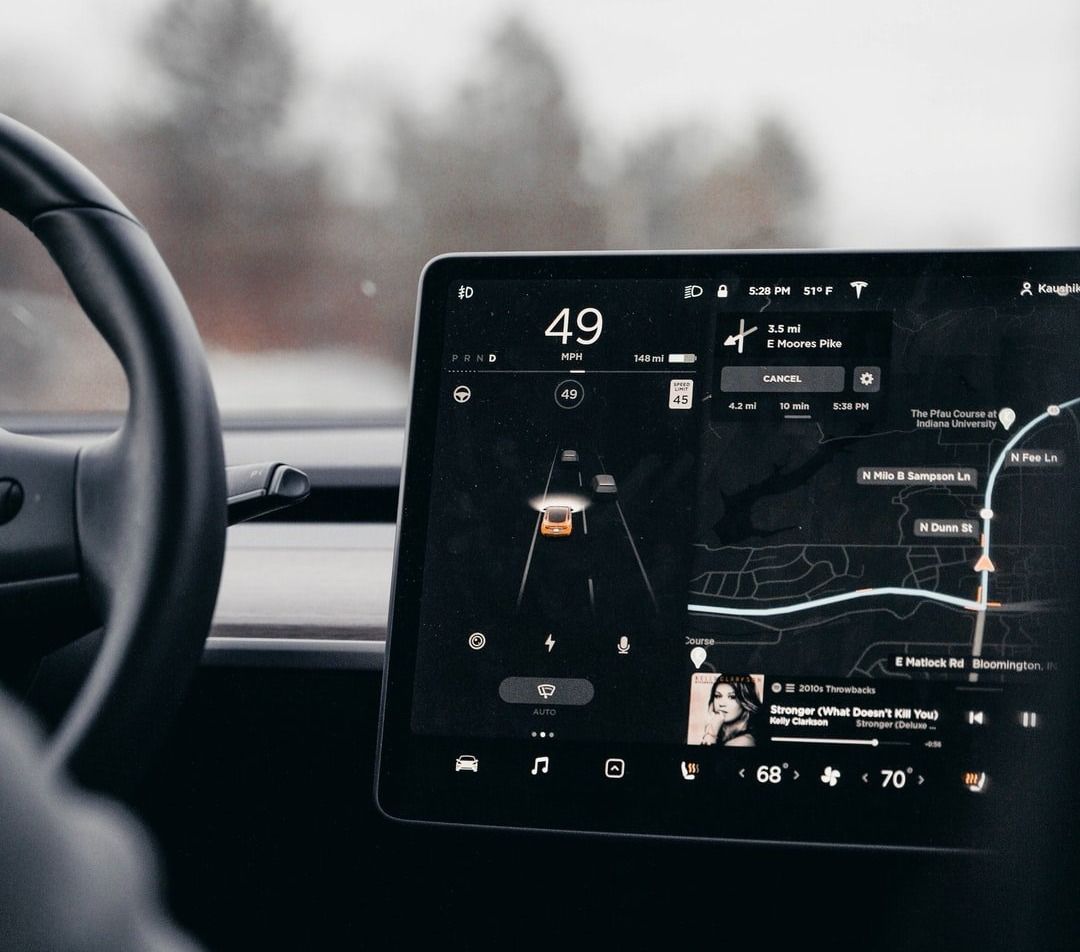 Going by the number of countries that Tesla has got its footprints, it's beyond doubt that the electrification of vehicles is on a tremendous rise. Passenger EV sales have seen a staggering five-fold increase in the last five years and we're witnessing a movement that is growing slowly but steadily.

As Li-ion battery pack prices dropped by 87% in the past decade and policymakers are making the move for building better charging infrastructure, the EV share of total vehicle sales is projected to hit 58% by 2040.

Until the number of charging stations catch up with those of fuel pumps, relying on optimal charging through EV routing schemes brings down anxiety levels. Apple launched an EV routing feature to eliminate range anxiety and is working with the likes of BMW to ease routing in its range of electric vehicles.

Before we dive in and talk more about EV routing and how inbuilt GPS in EVs would put drivers' fears at bay, let’s take a quick look at a few EV - specific terms we’ll be using in this article.

Range - The EV equivalent to the mileage of a petrol or diesel-powered vehicle; the range is the maximum distance traveled by an EV on a full charge.

Range anxiety - Claimed to be the reason behind the birth of Tesla, it’s the fear of an EV driver that the vehicle would run out of charge before completing a trip. Over time, as one starts using an EV on a regular basis, the anxiety wanes but it’s seen as one of the biggest barriers to purchase an EV.

Internal Combustion Engine Vehicle (ICEV) - Vehicles, like your normal car or bike, are powered by the internal combustion of fuel like petrol or diesel.

State of Charge (SoC) - The level of energy present in a battery relative to its full capacity. The available drive range is derived from the current SoC in an EV.

Now that we’ve got the terms covered, let’s dig into the specifics of EV routing.

But first, how is EV routing any different from a usual vehicle routing problem?

Isn't routing a common challenge for all automobiles?

You still peep into GMaps to know the fastest route to reach your office. So how is it any different for an electric vehicle?

Well, when an ICE vehicle is used to reach a certain destination, the driver would pick a route that saves time rather than a path that would cut back fuel consumption.

Switch gears to the mind of an EV driver. Here are some questions that would pop up instantly -

Energy efficiency precedes the time factor for EV owners who are more concerned about the limited range of the vehicle and the lifespan of the battery. Studies reveal that EV drivers would opt for a route that minimizes energy consumption and save the worry and time taken to charge, though it would take a tad longer to reach their destination.

EV routing algorithms to the rescue

Cracking the optimal route, EV routing algorithms have to consider the following factors -

Battery characteristics - The range you can cover relies on the battery’s current state of charge (SOC) and the number of charging stops is forecasted based on SoC. Battery degradation or health also determines how effectively it can hold a charge.

Driving style - Pumping on those brakes and accelerators hard or hitting a new high by touching those speed limits? Fun fact: Even for ICEs fuel consumption can be cut down with a decent driving style. No doubt, when energy consumption is our main criteria, the way you zip and zap through the lanes has a big impact on routing.

Recharging time and schedule - Till we have Superchargers around, a pit stop for EVs would be close to an hour with DC fast charging at a public charge point. So the waiting time and the detour (if needed) play a vital part while routing EVs, unlike ICEs that can be topped up anywhere on the go.

Attempts to address the electric vehicle routing problem (EVRP) began in 2010 when EV-specific constraints were observed, and modified algorithms were proposed. The contribution of every factor to the overall route scheme is still being studied extensively and workarounds are done by tweaking these algorithms.

Now that you clearly see why GMaps wouldn’t be enough to give an EV-specific energy optimal route, let’s turn to the other options in hand. Mobile apps for EV route planning are available in the market but have their own limitations of accuracy and usability.

Critical data from the vehicle including current SoC, driving patterns, and vehicle load that immensely influence the route prediction can’t be sourced by the apps and have to be manually entered every time you plan a trip. These details also have to be updated every time you stop for a battery recharge.

Independent routing apps also rely solely on your phone’s GPS which is prone to signal interruptions and could steer you in the wrong way.

Ouch! Missed that turn did you?

Turn-by-turn navigation for electric vehicles comes along with the challenge of finding charging stations in the vicinity to bate charging worries of the driver. An inaccurate GPS could easily throw an EV driver off balance when charging points are unavailable in alternative routes suggested after a missed turn.

So how exactly does an integrated GPS help in smart EV routing?

When a GPS sits ingrained in an electric vehicle, details such as battery SoC along with real-time and historical driving patterns are easily sensed and interleaved with traffic information to map out reliable routes.

The high precision of built-in GPS comes from its ability to detect vehicle position, speed, direction, and altitude even when GPS signals are weak. This accurate positioning is achieved through techniques like dead reckoning that take the vehicle’s last known position that’s merged with your vehicle’s wheel tick, gyroscope, and accelerometer data to pinpoint the exact vehicle location thus compensating the loss in GPS signals. Interpreting signals from multiple satellite systems instead of relying on just one further improves the availability and accuracy of the positioning system.

Since an integrated GPS holds data on the EV’s internals, driver stats like braking and accelerating patterns, and understands the lay of the land, it can put together an ideal driver profile to guide the driver. So the next time you go hard on the accelerator while running low charge, your navigator buddy would pop an alert reminding you to go easy on the pedal and save charge.

EV drivers will have the option to choose between an energy-optimal route or a time-saving route and also alternate between the two during the journey. Given the accuracy of the vehicle integrated GPS, estimated arrival times will be on the dot and routes can be updated quickly along with the charging stops to reduce charging worries. Charging stations would also be listed with wait times based on the EV’s supported connector type and battery technology. 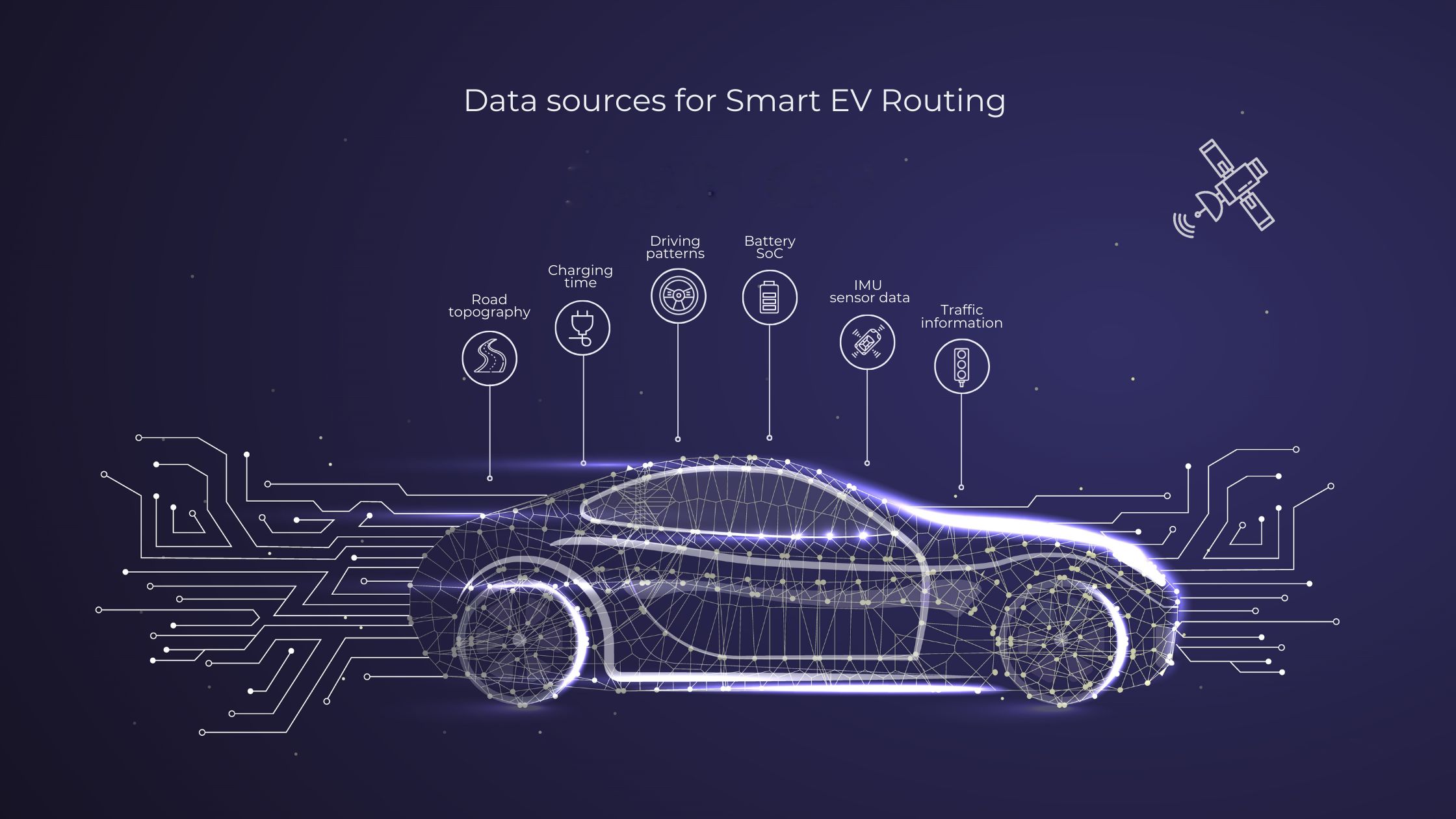 Innovative ideas are being implemented to break the barrier of range anxiety that prevents a vast majority of people from considering an EV. Take for example the on-route battery warm-up feature introduced by Tesla, where the EV inbuilt sat nav would sense that the vehicle is nearing a charge station and beginning heating up the battery so that the charge time is reduced. Pretty cool (or warm!), right?

EVs sounded alien a decade back, just like Fords did when horses prevailed. But you know how history played out. Technology is growing leaps and bound with connected cars becoming mainstream and eco-friendly vehicles being adopted better as people embrace sustainability.