How Instant Access To Information Affected Our Perception Ability 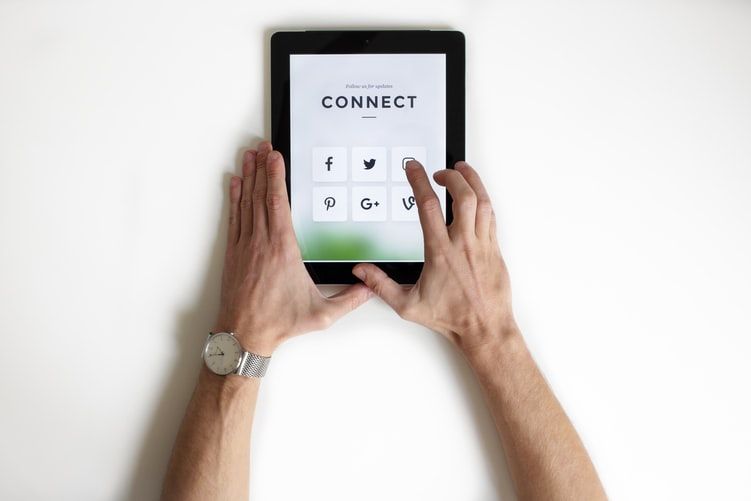 The emergence and development of the Internet can be considered an event comparable in importance to the invention of printing: the technology of printing with movable letters for a couple of centuries has turned all the principles of reproduction, distribution, and consumption of information. The Internet did the same thing for several decades.

How have we changed as a result? What are the features of the perception of information by today's average person? Do they have positive or negative consequences? Let's try to answer these questions.

I have identified several trends that have emerged among active users — those people who are most immersed in digital communications. This list is subjective and describes what I see around me and what changes I observe in myself.

We have become faster

Now we perceive more data per unit of time.

The daily volume of information necessary for assimilation is growing, and the time for consuming individual fragments is becoming less and less. At the same time, the information capacity of messages tends to remain at the same level. This leads to a “compaction” of messages.

However, we can not say that the speed of high-quality information processing also increases. We can load more in less time, but does it speed up the analysis and processing?

Our multitasking has increased

We can simultaneously consume information from several channels or conduct several parallel communications.

Technologies are developing symmetrically to this, trying to provide us with maximum multitasking. The spread of the "Picture in picture" function, clever notification systems that "load" new data units into the background,
multifunctional services like Booking.com — all this causes a lack of focus.

We find it increasingly difficult to concentrate

Research conducted by Microsoft in 2015 shows that our ability to hold our attention on a single object has been reduced to 8 seconds.

Is it true? On the one hand, everyone will agree that reading fiction has become more difficult — you constantly want to be distracted by something else. On the other hand, it had little impact on the workflows. The ability to concentrate depends on the task
being performed and the degree of motivation of the person. The reliability of the conducted studies raises some questions about the stability of attention.

The boring conversations about clip thinking are largely based on the analysis of a modern information product, explaining the changes that are taking place by the needs of viewers, although this may be explained by trends in the content creation industry. So, for example, this study shows how the average editing time in films has been continuously reduced from 10 seconds in the 1930s to 4 seconds in the 2010s. It seems that the representatives of the film industry have learned to work effectively with editing and keep the viewer's attention.

At the same time, it is impossible not to note the desire to constantly jump from channel to channel, which is not so much due to poor concentration, but to the fact that all new stimuli require our attention.

Pictures have become a new letter for us

One of the most ancient forms of writing was pictographic – the image of an object denoted this very object. Having disappeared for several millennia, in the XX century it was revived in the form of navigation pictograms.

In the future, pictograms evolved into hieroglyphs – a letter with a formalized outline of signs, where each glyph, depending on the context, encoded a specific word, part of a word, or a complex concept. Although the design of the signs still imitated real objects, their meaning could be quite different. So, for example, the hieroglyph "hills" in Egypt could mean a foreign country.

After a couple of millennia, ideographic writing is back with us. Now — as an emotional addition to written speech, more accurately set the tone and context of the message. Emojis, stickers, and memes are all new characters. For example, the Quartz news app uses emojis and gifs to communicate with the user.

We communicate with pictures, building quite complex narratives since images often carry several nested contextual meanings like hieroglyphs once did.

In any messenger, you can send GIFs or stickers instead of or in addition to messages, everyone uses emojis. There are both well-known sticker packs and memes that operate in mass contexts (well-known movies, characters), and niche ones designed for certain groups (programmers, journalists, Reddit users).

A well-chosen image that relates us to a certain context allows us to quickly and succinctly convey a set of emotions and express our attitude to something.

Information has become a building block for us

Technology has allowed everyone to create, creating new information objects from scratch or compiling them from existing ones. Each piece of information is considered by us as a brick that we can use to construct our narratives and meanings.

A fragment of a movie, a photo found or taken independently, a screenshot of a conversation-everything becomes the basis for new communications.

The needs of users are sensitively captured by software developers who have written more than a dozen different programs and online services for generating memes, creating simple compositions and videos. A great example is Coub. This is one of the most popular services for creating your viral content by compiling ready-made video and audio fragments.

We perceive information objects as bricks for new messages, and not as completely unchanging things. Any fragment can become a part of a new semantic collage.

We read the information in fragments and diagonally

We don't have the time and patience to consume content from the beginning to the end. Research shows that netizens no longer read in the usual sense of the word. They "scan" the page snatching out individual words and sentences.

The term "F-Pattern"— the principle by which Internet users often view resources (increased attention to the first lines and a cursory view of the beginning of the next ones). At the heatmap level, it does resemble the letter F.

Scanning is not just about textual information. We rewind videos, movies, and podcasts. As a result, content that is read diagonally is created for such consumption.

This is expressed in the rigid structuring of texts, the fragmentation of content into fragments, the introduction of navigation, or the function of accelerated viewing in the video.

Many sites have started to implement navigation in the player, marking the iconic places of video or audio on the slider, or putting them in a separate table of contents. Some go further and try to create new (obviously inspired by Stories) formats, such as this project from The New York Times.

Nevertheless, thoughtful reading is still with us and, according to experts, plays a big role in the development of thinking outside the focus: how reading is changing in the digital age.

It is easier for us to operate with abstractions

Everything turned into an interface. All the information has become virtual. Physical media is a thing of the past. Now, instead of disks, books, cassettes, and records, we have their virtual casts, concepts of information things.

Interfaces are moving further away from simulating real objects in the direction of texts. The "Delete" button no longer has an urn drawn, and the "Save" button has a floppy disk, just words. We instantly correlate the written word with the effect it will have on the virtual object.

And the buttons themselves no longer look like buttons. Almost everyone knows how to design a simple hyperlink, almost everyone is a bit of a programmer.

For us, there is less and less difference between beauty and ugliness

Global access to the Internet equalized the distribution rights of all users. Everyone can translate their taste into the information space. As a result, we see the same amount of beauty and ugly.

Now the key indicator is expressiveness and information capacity, not beauty. Our range of aesthetic perception has greatly expanded.

In search of new styles and ways of expression, designers are inspired by both modern technologies (a cartoon that uses random effects in working with 3D visualization) and the low aesthetics of mass software (this video plays up the style of early text and image editors).

What's next for us?

There is a reverse trend - a return to slow consumption (Slow TV), a digital detox. All this is a reaction to the development of technology that is too fast for a person. It is unlikely that this will become mainstream, but it will help us find a balance between online and offline and teach us how to consciously consume information.

Each new round of evolution has its pros and cons, but people have always found ways to adapt to the changing reality. This is the very quality that has allowed us to evolve from rocks and sticks to spaceships and atom splitting. The more interesting it is to observe how the information environment we form changes us.

Related Stories
Subject Matter
How To Be More Productive with Pomodoro Technique and Google Calendar by @vineethv
#productivity
Project Management Mastery: 3 Tips for The Well Rounded Developer by @memattchung
#beginners
5 Reasons Why You Should Start Blogging by @rishikesh
#blogging
15 Most Useful Tools for Software Devs in 2021 by @villivald
#productivity
My Experience as A Team Lead For Unity3D Gamedev Team by @tymurkoshel
#game-development