My name is Levon Terteryan, I’m the founder of … well… many things. But, in 2012 I decided to take time off from running multiple businesses, shut everything down and set off traveling — first to India and then to other countries. My passive income from renting real estate allowed me to enjoy being a nomad and doing nothing for quite a while (almost 2 years to be precise). Then, I started having that itch of wanting to do something again. Since I was learning a lot about meditation at that time and dedicating several hours per day to the practice, I wanted to build something useful for others to join the path. One day, I was on the beach reading “Fast Company” about a startup that was tracking people’s sleep. I thought “hey, wouldn’t it be cool to track how conscious or aware people are?” Few people know that we spend most of our awake time not being awake at all. While on auto-pilot, we act unconsciously — rarely fully aware of the things we are doing, often wandering in thoughts, memories or time travel to the future. The idea seemed interesting to me, but I didn’t have a clue how it could be possible to measure one’s level of consciousness except mounting portable neuro scanners (I own a set by the way 😀) to someone’s head. But I thought at least I can create a tool to keep someone aware and conscious by sending reminders and meditation assignments during the day to return users’ attention from what they are doing to themselves. So that they would check in to their physical and emotional states, and return to the present moment. The idea seemed simple to me, just compose a list of assignments and reminders and send them to the user. I had put together 70 short meditative assignments that would be sent to users asking them to focus on their emotional, physical or mental states, engaging them through one of the 6 senses or through feeling and thinking. I’ve also composed a handful of awareness reminders just to alert users to be here and now at random intervals throughout their day.

LET’S GET IT STARTED

I reached out to a developer in Moldova and they quoted me $5,000 for an iOS & Android app + backend + landing page and promised the development would take no more than a couple of months. The budget seemed fine to me and I thought I can afford losing that much money to validate the idea. Needless to say, I ended up spending much more money and time trying to build the app. All kinds of hurdles kept coming my way, development kept being delayed, bugs were popping up and the contractor just didn’t seem to be able to fix everything. Also, not familiar with lean startup methodology and the concept of MVP, I was trying to do everything right, ordering an explainer video, all kinds of marketing materials. Worst of all, when the app was almost finished, I showed the product to a consultant and decided to modify significant parts of it before launching. The redesigns took another 5 months!

At the same time, I was paying a marketing consultant to find the right name (it’s called Zenify by the way 😀), to write the script for the animation video and for a whole lot of other things, like trademark registration and making screenshots for the app store, etc. (stuff I would never pay for today 😀).

When two years and $50K later I finally launched the product, I didn’t realize the most difficult part of running a startup was yet to come — marketing and promotion. I had no idea how to promote apps or online businesses and was just taking random shots in the dark — from Facebook ads, to price drops and other tricks I would come to learn. One day, Buzzfeed decided to write a review of meditation apps and included Zenify on the second spot of that list 😀! This gave us a huge spike of new users, which unfortunately didn’t last long. Some time later, I learned that launching on Product Hunt is a big thing (nowadays, we launch a new product there every week 😀) and so that’s what I did. It gave us another big spike of traffic, which we unfortunately couldn’t sustain either. I translated the app into the 10 most spoken languages (including Chinese, Korean and Japanese), covering about 80–90% of entire possible audience. Unfortunately, I just couldn’t promote the app well enough to generate substantial revenue. At its peak, the app generated about $1,000 in monthly income. Later, revenue dropped to $500/month and now is averaging $300-$400/month. The great thing, though, is I’m not required to do anything except answer occasional support emails 😀.

Emotionally exhausted and disappointed of this project, I was looking for other ways to generate income as my passive one was declining due to devaluation of the local currency. I moved on to found Bubblewits and later Zeroqode, focusing on no-code products and services. We build no-code templates, plugins and provide no-code development services to those who want to build “codeless” web and mobile apps fast and at a fraction of the cost. I learned the hard way (as it turned out later, most of the newbies in the field go through something similar) about the dangers of lengthy and costly development procedures. I was quite sure there was something wrong about the way apps were built. Therefore, over the last couple of years, I have been focusing on simplifying the web and mobile app development process. About two weeks ago, we learned about Telegram’s plans to launch their ICO and introduce their own currency, “Gram,” later this year. We recognized the messaging app will be growing fast and started exploring possibilities of building something interesting for it.

Suddenly, we realized Zenify could be a perfect fit for a Telegram Bot — it would send daily assignments and reminders to users. Since I promised myself to never build anything through conventional development again, I looked into the possibility of building the bot without code on a platform we use, called Bubble. With some experimenting, I built the bot myself in 2 weeks. The landing page and the user profile page were built without codeand without spending a dime.

Today, we are launching Zenify Telegram Bot and if we receive positive feedback from users we’ll do the same for Slack! Check out our updated web-site here zenifyapp.com

How to Get Unlimited Cloud Storage on Telegram App 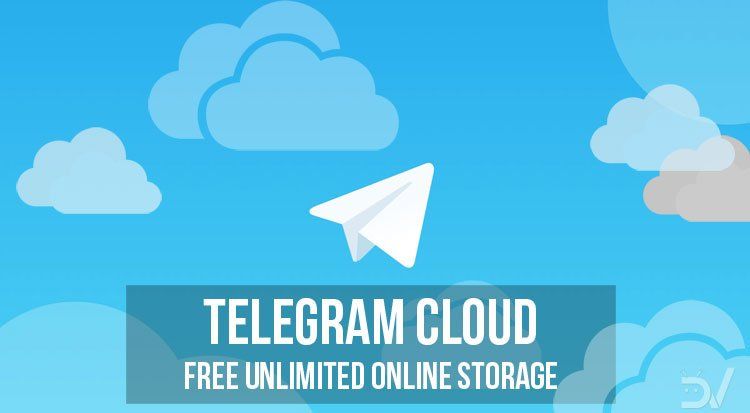 How to Create a Telegram Chatbot 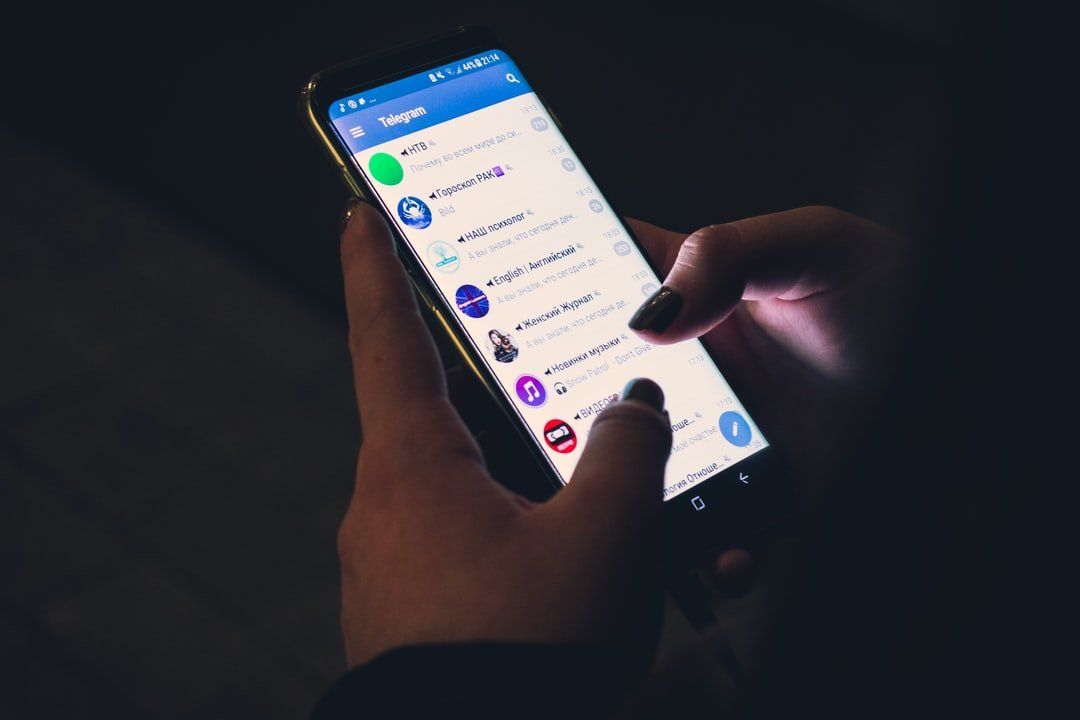 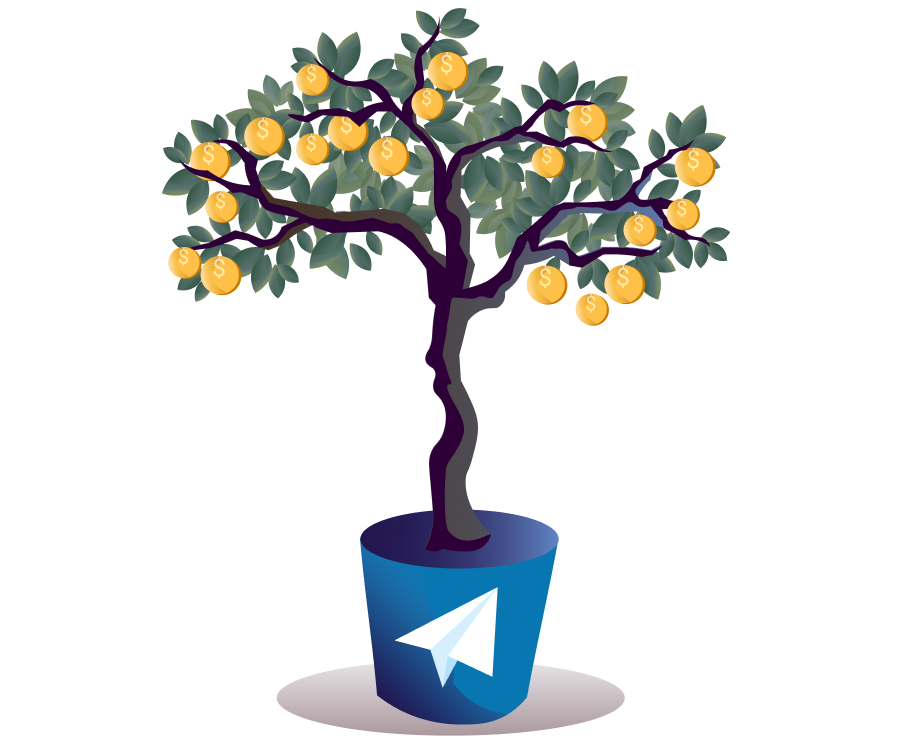