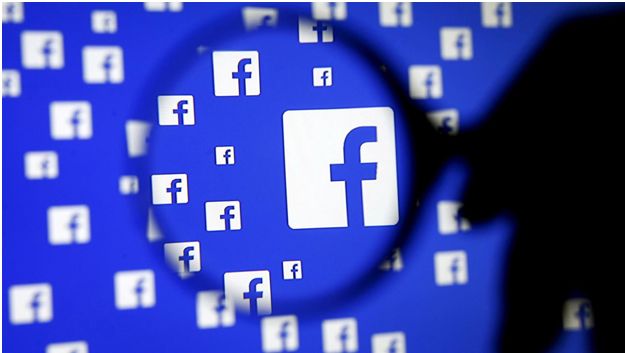 I am programmer and digital marketing specialist

This situation is not a thing of the past. Back then it was Standard Oil, but today it is occurring with another household name — Facebook. Facebook is no stranger to criticism, but its monopolistic behavior has recently come under public scrutiny once again.

Since the Menlo Park giant acquired Instagram in 2012, it has held majority control of the social media advertising market, allowing it to profit richly from an almost exclusive and unchallenged monopoly.

Across all its platforms, Facebook made over $55 billion in 2018 from advertising alone. This level of dominance in the market gives Facebook the ability to show favoritism towards billion dollar companies with deep pockets who spend heavily on their platform while strong-arming smaller, local competitors and stifling entire industries.

One powerful example of this involves Smile Direct Club, a three billion dollar company with a massive in-house marketing department of 125 people.

Smile Direct Club is a social marketing behemoth, with over 1,100 Facebook ads live in the United States and over 100 in Canada — undoubtedly making them one of Facebook’s largest advertisers.

Their massive budget allows them to reach tens of millions of consumers each day. Their ads attract more consumer attention on social media — in the form of likes, shares and social buzz — than much larger household multi-national brands. However, a large advertising budget, while notable, is nothing newsworthy.

The real story here is the type of ads Smile Direct Club is able to run on the Facebook platform. These ads do not follow the regular rules and regulations that the rest of Facebook’s advertisers are held to. In fact, many of their ads are in direct and blatant violation of the rules Facebook has created for the public good.

How is this the case after all the promises Mark Zuckerberg made to Congress to protect Facebook users? It’s easy enough to see for yourself. Following criticism over Russian interference in the 2016 presidential election and the lack of transparency surrounding ads on its platform, Facebook responded to numerous Senators’ concerns by releasing the Facebook Ad Library — a publicly accessible tool that allows anyone to view the ads any company runs on Facebook.

Looking through Smile Direct Club’s ads, one consistently sees ads that show before and after smile shots, zoomed in simulations of moving teeth, close-ups on only a portion of the face highlighting the person’s teeth and lips, and questionable unsupported claims about medical efficacy. One can also see ad copy that makes direct claims about how their treatment will result in improvements in a person’s confidence, smile and even instructs the viewer to fix their ‘snaggle tooth’.

Each of these is a clear violation of Facebook’s Advertising Policies, specifically those pertaining to Section 4.19 on Personal Health.

Yet Smile Direct Club has hundreds of these kinds of ads running every month.

Facebook even gives examples of ads that are compliant and not compliant to make it clear to advertisers what is and is not allowed on the platform.

Yet when you compare many of Facebook’s examples to what Smile Direct Club is actually advertising, it becomes apparent Facebook is not enforcing their own rules.

What’s worse is that not only is Facebook allowing a company to blatantly run almost a thousand ads across numerous continents that are in direct violation of its ad policies, it is also preventing Smile Direct Club’s competitors — dozens of small local orthodontists — from running similar ads.

After speaking with numerous orthodontists in both Canada and the US, we have learned that massive discrimination is taking place with advertising on Facebook.

After public trust was already rocked with allegations of election interference through Facebook, this is sadly not shocking. It is affecting thousands of small business owners which make up the heart of the American economy.

These orthodontists assert that they have had almost all of their ads denied by Facebook over the last several months. Facebook cites their ad policy — Section 4.19 — as the reason for the denial, yet that very same ad policy does not seem to apply to Smile Direct Club.

What’s worse is that many of these orthodontists have appealed the decision, citing Smile Direct Club ads, yet the orthodontists’ receive auto-generated responses while their ads continue to be denied.

Wanting to investigate this further, we designed a number of ads explicitly modelled off those that Smile Direct Club was running. We looked at active ads from Smile Direct Club and designed ours to have the same visuals and make the same claims. Every single ad we tried was denied by Facebook . We received various feedback including:

Each and every one of these comments would also be applicable to the Smile Direct Ads.

Hilariously enough, the very same ads sponsored by Smile Direct Club appear in our very own News Feed to this day. Advertising for any small business is difficult enough, but recently Facebook has, by all appearances, made it nearly impossible for orthodontists to have a presence on their platform by discriminating against small businesses in favor of their larger competitors with deeper pockets, arbitrarily blocking ads and shouting out the little guy’s voice.

So while it is difficult to find quantifiable ‘proof’ that Facebook has been discriminating against smaller advertisers — just like it would have been difficult to prove that they were exposing confidential user information to a political consulting firm or allowing Russian trolls to interfere in US elections — if we consider the repeated experiences of these orthodontists all over North America and our own personal experiences in failing to have our own ads similar to those of Smile Direct Club published, it is hard to see how anything but this is occurring.

What’s worse is that not only does Facebook appear to be showing favoritism and arbitrarily applying their advertising standards, they are also ignoring the prevailing medical opinion while doing so.

The American Association of Orthodontists and The American Dental Association have time and again warned about the dangers of do-it-yourself orthodontics citing the high number of cases gone wrong, some with irreparable damage.

Attorneys general in 36 states have received complaints against Smile Direct Club from the AAO. Dental boards in Alaska, California, and West Virginia have opened investigations into the company’s practices as well.

So, Facebook is essentially saying that professionally licensed and regulated in-office orthodontic treatment offers “unlikely before and after results” of a properly aligned smile, but that same consumer can achieve a more likely result with a few aligners received in the mail from Smile Direct Club after taking pictures of their mouth. Meanwhile, others on Wall Street are taking notice.

A story on Business Insider cites a report that “SmileDirectClub is taking the startup approach of ‘moving fast and breaking things’,” analysts wrote. “In this case, unfortunately, they seem to be ‘breaking’ many of their customers’ teeth.”

Thus, it would appear profit is a more important corporate value to Facebook than protecting the health and wellbeing of its users.

Facebook is using its monopoly over social media advertising to empower companies with deep pockets like Smile Direct Club, giving them special treatment while shutting out the little guy despite what dental professionals recommend.

Even the co-founder of Facebook recently wrote an op-ed for the New York Times remarking on Facebook’s monopolistic behavior, saying it is time to break it up.

This behavior is bad for consumers and competition alike. Just like in the days of Standard Oil, consumers are deprived of their right to a free market. They are not given a chance to see all their options and learn about the benefits of traditional orthodontic treatment.

Facebook wants to present itself as a neutral platform for content and advertisers, but more and more this just does not seem to be the case. Facebook may or may not legally qualify as a monopoly — that is a question for the lawyers — but its behavior is manipulating the market against consumers’ best interests. Regardless of whether Congress decides to break up Facebook or not in the coming months this hypocrisy and discrimination must end. Zuckerberg’s behemoth cannot be allowed to continue promising equity and reform in public while discriminating and showing favoritism in private. Facebook and Mr. Zuckerberg must be held accountable for their actions.