How Cube Intelligence Plan To Make Our Cars Secure

Cube Intelligence is a company looking to be at the forefront of making autonomous vehicles secure using blockchain technology. Having just finished selling out their ICO in just a matter of hours, we want to explore why there has been such an interest in Cube and what we can expect from them over the coming years.

Most of us already know that a reality with fully automated vehicles is no longer a matter of if but when. Huge companies such as Google, Uber, Tesla, and (more quietly) Amazon are all developing this technology, racing to be the first company to have their autonomous vehicle technology go mainstream. There are regular tests being carried out, such as a 2,400 mile trip across the US by Embarks’ self-driving truck and also by a number of companies in California, a state that has already revised its road laws to allow testing and use of fully autonomous vehicles.

For advocates of a driverless future, safety for car passengers is a driving force (excuse the pun) behind the technology. An Axios report looking at traffic accidents in California involving self driving cars between 2014 and 2017 found of the 34 accidents that had occured, only one incident found the autonomous vehicle was at fault. With more and more data showing that these vehicles will make the roads a safer place, people are now turning their attention to the matter of ensuring these vehicles are secure.

There are already a number of cars on the market with autonomous functions such as self parking or autonomous braking systems, however, these vehicle functions are not performed on a wireless managed network and therefore aren’t yet susceptible to a malicious attack. Soon this will no longer be the case.

Multiple tests performed over the last few years have demonstrated just how easy it would be for a hacker to access a self-driving car, taking over control of a Jeep travelling at 70mph for example. While its not likely that a high level of vehicle automation will be commonplace on the roads in the next few years, more and more autonomous features will be, allowing opportunities for hackers to steal driving data, upload viruses, alter a cars GPS and generally wreak havoc on the roads.

Cube Intelligence is using blockchain to develop technology that will ensure autonomous vehicles can communicate with each other and their hubs securely. Their short term goal is to release an OTA (Over The Air Market) technology which will allow companies to remotely provide secure software diagnostics, installations, upgrades and bug patching. Currently, drivers would have to take their cars into manufacturers to have these kind of actions performed, often at a cost to themselves, something which Cube is trying to negate.

Their OTA version 1.0 is due to be released in Q2 this year. And this is just the beginning of Cube’s plan, with the completed development of their autonomous vehicle security platform using blockchain expected soon. But why stop there? Creating a smarter and therefore more secure network for fully autonomous vehicles is the next stage of development. Hackers will hack, so autonomous vehicle security systems are going to need to stay ahead of the game. An Artificial Intelligence layer will give the secure system the ability to learn and adapt to the ever changing threats from hackers. This layer of security is already being worked on and is expected to be commercialized in 2020.

As if this project couldn’t get any more intriguing, Cube also created a cryptocurrency, one that they hope will one day become the primary cryptocurrency used in the Automotive industry. They hope to have Cube Tokens used with affiliates that provide automotive services, such as gas stations, mechanics, car insurance providers and car dealerships, with those vendors offering discounted services for Cube Token holders. Big data consumers like automotive companies, insurance companies and traffic information companies will also pay Cube Tokens to drivers who agree to provide them with driving and vehicle information gathered by the OTA software.

This is certainly an ambitious project, one that touches on a number of exciting new technologies and that will be aiming to combine them in a unique way. We will be watching with interest and anticipation! 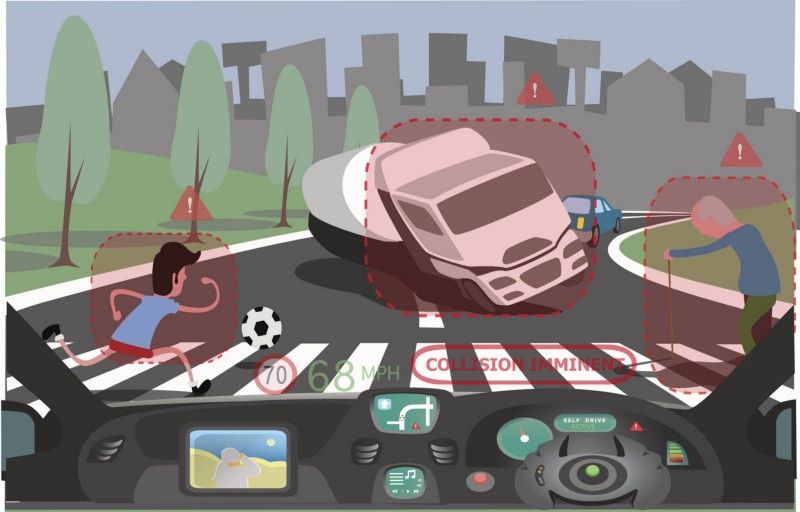