How Blockchain is Driving the Fourth Industrial Revolution 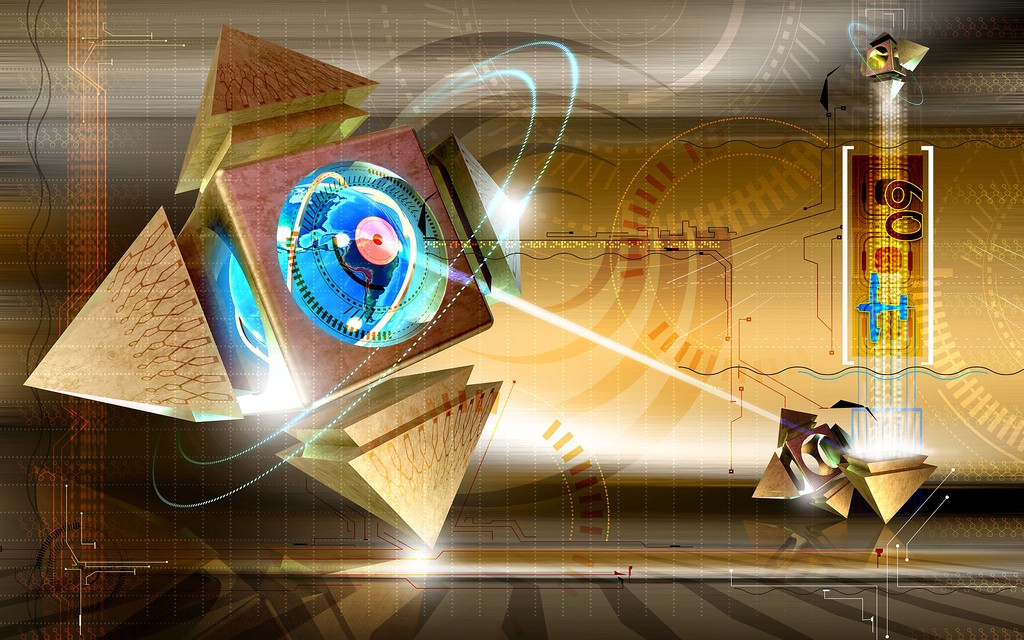 The “fourth industrial revolution” was described by the World Economic Forum as a new era of technology and industry. A trinity of disruptive technologies is driving this revolution: blockchain, the internet of things, and artificial intelligence

You might be asking, when will the fourth industrial revolution begin? The answer is it already has. The World Economic Forum (WEF) concludes we have likely already entered the transition phase into a new era of economy, politics, and society. The technologies driving the fourth industrial revolution are still in their infancy, but they are here to stay.

The Internet of Things: A New Network

The Internet of Things (IoT) names the fact that now many of our devices and machines can be fully connected to the internet and to each other. Technology like Bluetooth mean right now we are connecting phones, computers, music systems, and home technology like alarms and light bulbs.

All this technology can now communicate with each and every other compatible device, sending instructions and activity data back and forth. This is dubbed “the internet of things,” since the network is made up of “things” (phone, smart TVs, etc.) that are interconnected.

IoT could theoretically use sensors and the internet to blend digital technology with physical machinery. All types of machinery and even animals wearing electronic sensors will deliver real-time information to computers and their operators, helping to make better decisions — and even have technology make some decisions for us.

The acceleration of IoT development intensified in 2018. We’ve seen mass adoption of IoT platforms across businesses. The number of connected devices or things doubled to 20 billion IoT devices across the globe. Hundreds of IoT start-ups received billions of dollars in funding. World organizations and Governments adopted IoT innovations in Smart Manufacturing. According to Forrester Wave, more than 60 percent of businesses and decision makers are already using or planning to use IoT-enabled software applications in the next two years.

In the domain of artificial intelligence (AI) and machine learning, computers, software, devices, and robots are being taught by humans to think for themselves. Programming and algorithms loaded with data from numerous real-world experiences teach computers how to respond to certain scenarios and make their own choices and actions.

The goal is that AI enabled software, computers and robots will collate incoming information and make decisions on things like emotion and intuition, originally only the domain of humans.

The ability to automate business practices or create new business models and ecosystems, definitive decision making and redefining the customer experience are just some of the potential uses of AI. These innovations cover everything from intelligent retail management, sales systems, to AI enabled cybersecurity systems. The latter, from an Ottawa-based startup which raised $24 million CAD in 2018, can analyze masses of data to quickly highlight cybersecurity risks and dismiss false alarms. Google demonstrated that it could teach the bot (AlphaZero) to learn the rules of chess in 4 hours before defeating the world champion in the Computer Chess Tournament Stockfish.

AI will also change data analytics by making it possible for machines to learn from past analytical tasks and enormous amounts of data pulled from the previous queries. Machine Learning is the core of AI, and 2018 saw many new product releases from major technology vendors with machine learning components at their core. ML will power business analytics by identifying potential problems or concerns that might not be detected by humans.

From a business standpoint, AI is all about automation, preventative, predictive and prescriptive analytics, business process automation and driving efficiency and productivity. According to Gartner, 59% of the organizations are building their AI strategy while many others are adopting AI programs or piloting. Hence, the market for AI solutions is predicted to reach US$47 billion by 2020.

Blockchain is the Essential Link

While AI and IoT are disruptive technologies in their own right, it is the mediating role that blockchain can play that really make them constitutive of a “revolution.” Blockchain represents a new way of storing and sharing data, as well as doing transactions that is more secure and immutable than the current internet. Blockchain uses cryptographic hashing to encrypt data to provide more security than existing computer programming and systems. Encrypted with this data is time and date information that cannot be changed, resulting in records that cannot be disputed.

Blockchain technology is also decentralized. Data is stored on participating nodes, or computers, across the blockchain network, rather than in corporate-owned central computer or data farm. Decentralization moves the power over data away from governments and larger organizations. It makes data safer from hackers. A decentralized network also makes it much faster for those using a blockchain network to access the information they need.

Blockchain technology has garnered a lot of attention and has moved from mostly hype into early technological developments, proofs-of-concept and pilot projects during the last 12 months.

The distributed ledger is being investigated in literally every industry but primarily in finance, logistics, trade, healthcare, and government records. Blockchain is even being explored as a possible technology solution for political voting, which could greatly benefit from the security and tamper-proof qualities of the technology. The IT giant IBM has been the pioneer in investing in blockchain technology. According to data provided on blocklr.com, IBM has filed the second highest number of blockchain patents in the world. IBM contends it has filed 9,043 patents.

A Trinity of Disruptive Technologies

Blockchain, IoT and AI are perfectly suited to work together. Thus, the integration and interoperability of these technologies are fast becoming a priority for developers. The three technologies and more will eventually work together fluidly. For example, IoT will generate data about everything happening around us. AI could make a decision based on new information provided by IoT in the absence of a human to give instruction. Underlying all of this, blockchain networks could be carrying and securing this information, delivering to humans and control centres for more informed decision making.

Life in the Fourth Industrial Revolution

Take a concrete example: You leave your home on vacation. If you have an IoT connected thermostat it could sense a change in temperature while you are away. If it senses your home is becoming too cold because of a sudden change in weather, it will communicate with an AI-powered heating-system, which would know you are on vacation and understand that there is a temperature dive that could kill your houseplants or freeze your water pipes.

It would then decide to turn the heat on in your home, without you having to give it that instruction. Meanwhile, Blockchain technology would record all this and notify your mobile device, which alerts you to what has happened.

The Future is Now