If you are someone who has used both the pioneer mobile operating systems for some time in recent years, you might be well aware of the fact that Apple ships one of the best vibrators.

Umm... I mean when compared to the likes of what we get with Android devices. ;) Let's take a trip down vibration lane, shall we?

It all started with Macbooks

Right from the first Apple 1 computer, Apple is known for putting constant efforts in improving the experiences that the users directly engage with. Now, while using a laptop, there are 2 primary things used- keyboard and trackpad. And no wonder why, both are one of the first things to get repaired. 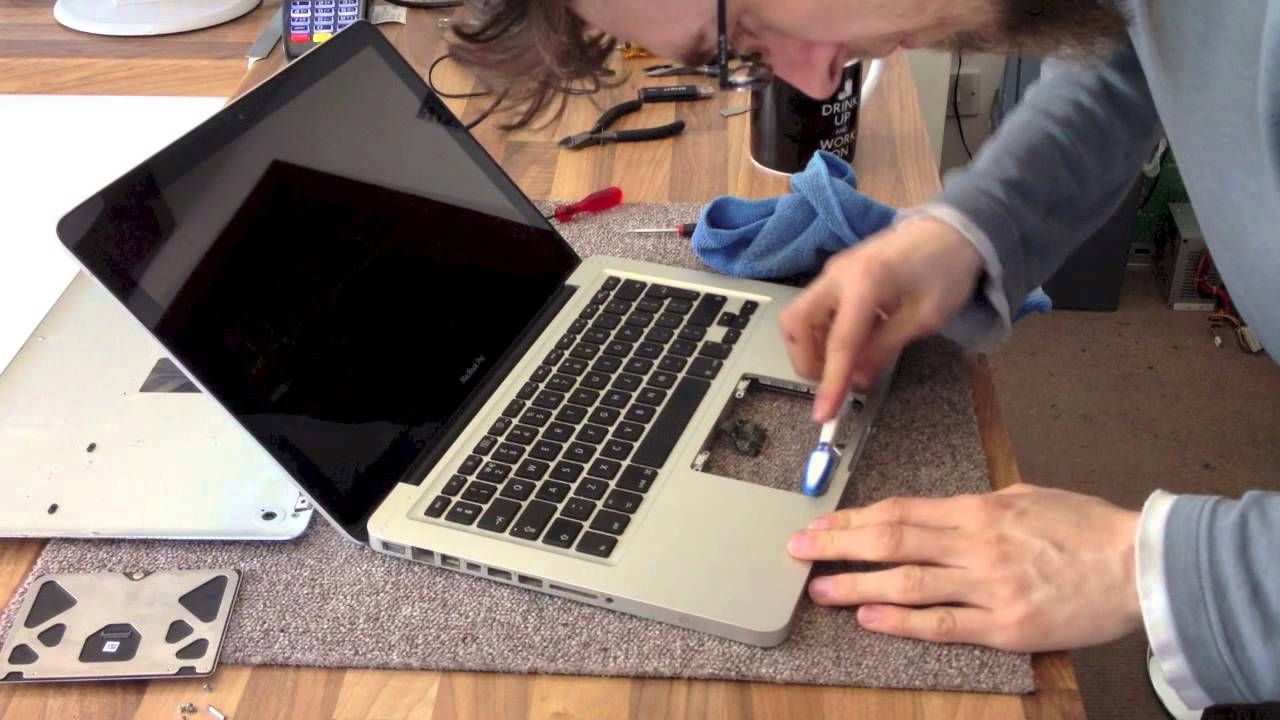 While Apple has had and is having a hard time getting their keyboards right, they have pretty much settled on the trackpad by removing the only worrisome factor - fragility. To achieve this, they introduced a single piece, non-clickable or immovable trackpad that measures the intensity of the force with which the user presses it to differentiate between a tap and a click.

The major problem here was- how deep should the users press? There should be an output mechanism that can signal the users to stop. Let us take all 3 viable senses one by one(they can't obviously produce an instant smell or taste!).

Visual output, maybe on screen or in the form of a small LED could have been possible but, it would also count as a major distraction to the user every time they click. Producing a small sound will partially solve that issue(Samsung has used this in their phones). But we can easily understand just by imagining the scenario that it will be kinda weird for the users who are currently hooked to the physical button. 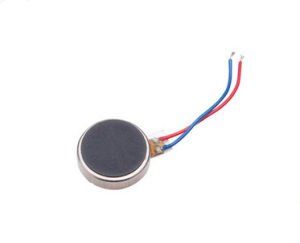 I believe we can think through this scenario using the first principles reasoning process. The user is not able to theoretically click like a physical button. But, they want the user to feel that they are clicking like a physical button. Now, that doesn't necessarily mean the click sensation must be produced by the users themselves. They can make a system that can click, or more importantly produce the sensation of a click when the user presses the trackpad.

This paved the way for Taptic Engine, that simulated the feel of a physical click button. In simpler words, it was more like the trackpad is back tapping the user to create an almost similar sensation. It was well appreciated well by the users, especially because they won't have to deal with trackpad replacements. Thanks to the success in Macbooks, Taptic Engine, in a smaller version, made its way to their beloved iPhone lineup, starting with iPhone 6s.

Technically, its just an oscillator(orange) that works by the principle of magnetism. In simple words- there's an electrically controlled magnet that triggers an oscillator with a jerk. So all in all, rather than the trackpad back tapping the users, it's the Taptic Engine's oscillator clicking against the walls(dark blue) of its casing. And this proves to be one of the major reasons why it almost feels like an actual click.

It started off with the same need as Macbook- a robust and durable home button. On top of it, Apple also wanted to catch up with the competition in the waterproofing game. Home Button was very dear to Apple. Practically it taught the users how to use touch screen phones. In fact, in the years between ~2007-2015, if any tech-savvy person would imagine the outline of a smartphone, it would be a simple round-edged rectangle with a circle at the bottom representing the home button. They had historically resisted any change in the home button, but by ~2015 the complaints grew too much that it was about time that they were forced to do something over this.

To settle the user complaints and compete in the waterproofing race, and at the same time preserving their love for the home button, Apple ended up faking the home button experience by downscaling the Macbook's trackpad (topped with a fingerprint reader of course). In this downscaling process, Apple also ended up borrowing the Taptic Engine. The desperation was so much that Apple ended up removing the "obvious" audio-jack citing "making up space for Taptic Engine" as one of the reasons. 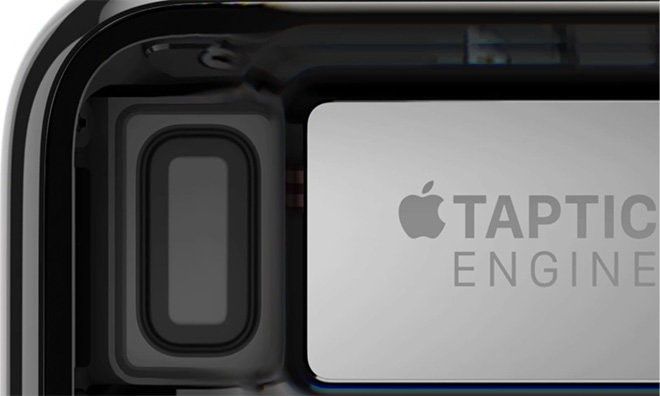 Top developers have used it in innovative ways. While Tweeting if you are near the word limit, it sends gentle feedback to warn the user. Other use cases are when we like a post on social media, on "pull to refresh", and many more. Apart from the third-party developers, Apple also enhanced their in house apps and iOS interactions with the Taptic Engine. Some of the commonly observed use cases are- when zooming in/out to maximum value, Siri, volume controls, long presses, etc.

One of my favourite noticeable use of the Taptic engine is when we purchase anything from any of the online Apple stores. It makes the user celebrate their purchase, even as small as a free App download. Whenever I am deciding whether to download an app or not, this acts as an additional push :D.

Where do others stand?

It's not that Android never tried their hands on the customizing the vibrations. In fact, many devices including Xperia XZ2, LG V30, etc. tried a variations of vibrations on different actions. The major problem with Androids in this scenario is the weak integration of the software and hardware. And yes, you guessed it right, Google Pixel with its model 2 came closest to the Taptic Engine with different ranges of vibrations. But again, even if it's opened to the developers, they won't be taking out special time to cater just a few Pixel users. All in all, whether Androids are unable to have this level of software-hardware integration, or they are not taking vibrations seriously yet, either way- Androids still can't compare with the Apple's Taptic engine even after years of its rollout.

Well, the magic of Taptic Engine did not end with just the home button. In fact, after a couple of Home Button based models, Apple completely removed the home button starting in iPhone X.

Although it can be said that Apple might have had plans of removing the home button earlier, and they introduced the Taptic based button to make the transition slow for users' adoption, I really don't believe this because Apple had reportedly forced themselves into bezel-less phones after looking at the competition. But bezel-less phones dropped in the market in late 2015, and eventually got popular in 2016. Whereas iPhone 7 was launched in 2016 and probably conceptualized way before that.

Either ways, the home button was gone, leaving behind the Taptic Engine, which was instrumental in giving a button-like feel for 3D-Touch which Apple introduced in this first Home Button-less model- the November 2017 iPhone X. Even after a couple of years, when they completely removed 3-D touch from most of their devices, Taptic Engine is still there.

Moving forward, one of the major things Apple is focusing on is Augmented Reality(AR). They are making continuous improvements in the hardware and software to prepare the world for AR. Taptic Engine can prove to be very instrumental here as well. Giving the actual feel of an object or a movement like dropping something can be efficiently done with the help of vibrations. And with the Taptic engine, Apple has already sorted that aspect with minimal effort.

Apart from this, Taptic Engine is of great use for other domains that Apple is currently focusing on like gaming, accessibility for differently abled, etc. Out of a few pieces of technology that Apple has retained from their 2015 models, Taptic Engine is the one that is here to stay for atleast few years down the line.

I write articles on various products, services, and features, analyzing their technical, business and consumer aspects and try to put them in simple words :). I run a medium publication Ivy Insights here, subscribe for more researched articles like this. For any queries and potential collaborations, you can know more about me and reach me out at- LinkedIn.

How Does "Hey Siri!" Work Without Your iPhone Listening To You At A...