How AI is Rocking the Finance Industry 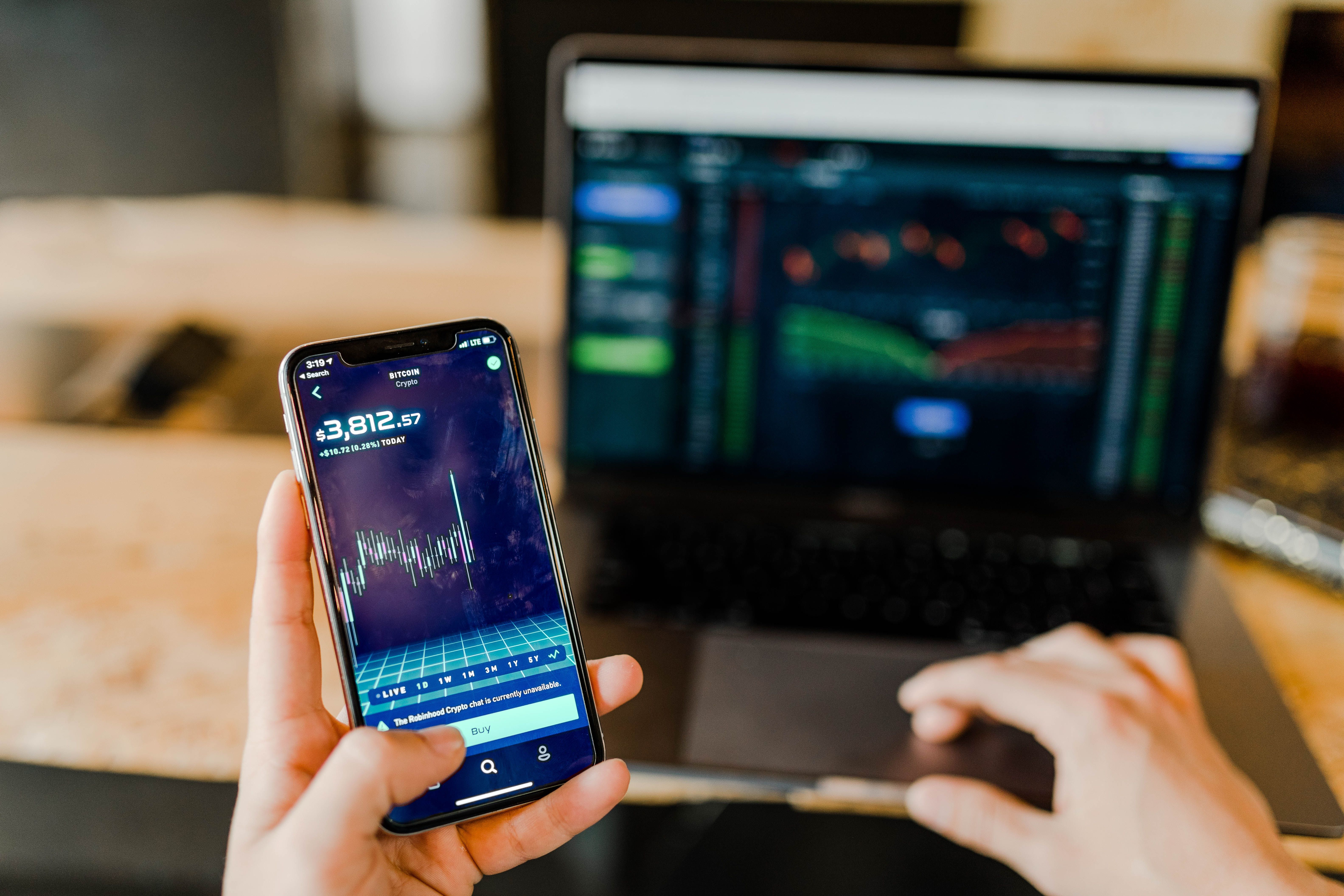 The financial market has evolved from what it used to be. There are a lot of redundant pictures stuck in the heads of everyone who are not a part of it and do not know how far it has come. The financial technology sector has accelerated its development during the last two decades and has created opportunities for people to trade from all across the world utilizing either their home computers, tablets, or even smartphones.

The idea of technological innovation has rocked the world of finance numerous times. With the global advance of computers and mobile devices becoming much more accessible and affordable, the Internet has become a pivotal part of our day-to-day lives. But what does it mean for the world of finances, financial market, and trading?

The idea is simple - the way financial markets were set up until one and a half decades ago was much different from what it is right now. At the end of 20th-century, trading on the foreign exchange market, stocks, and other commodities were only accessible to select few.

This was something only big financial institutions delved into like banks and hedge funds. Right now, it is readily available for anyone who has a computer and access to the internet. Not only that, but we have additional markets like cryptocurrency exchanges among the list of different assets that can be traded.

The Ways of The Past and Into the Future

What comes to mind first when you think about trading floors? Perhaps a large room filled with financial experts literally standing on top of each other to open and close their trades. Now everything has changed. The world isn’t as messy as it once was and everything has moved down from people shouting and screaming at other workers of the institution.

It was much like an auction with the floor brokers and floor traders and specialists in the middle where everyone is trying to negotiate prices until they can settle on the amount. Now things are happening through the usage of a computer. A huge chunk of trading is done online using fast internet connections where people even set up Virtual Private Networks closer to the exchanges to keep the latency as low as possible.

In fact, according to the Forex Brokers List website, as much as 82% of the trades are done electronically with only a small share remaining using a hands-on approach. This number is even more squelched due to the fact that we have a global pandemic going on since the outbreak of novel coronavirus. The pandemic has made lots of countries just shut their borders down to keep the spread of the virus as well as impose heavy social distancing rules that make having trading floors, given the circumstances, literally illegal.

All of these floor brokers are now being replaced by powerful machines operating on complex and very sophisticated algorithms to study the market and make objective decisions on how it will go with the addition of liberty of making trades.

For example, one of the biggest users of such technology is Citadel Securities which trades as much as 900 million shares a day. This makes up an eighth of every stock trade in the United States alone (which has two of the biggest exchanges in the world - One in New York and another one in New Jersey). The firm has minimal involvement on the floor with 40 people being allocated as “boots on the ground.”

Although these people are stationed there to oversee those very computers that utilize algorithms to execute trades. Another good example is Goldman Sachs which employs more programmers and engineers than the tech giant Facebook. If it isn’t obvious at this point, the information technology sector is rocking the world of finances and everyone is jumping on the bandwagon.

Furthermore, with the development of Artificial Intelligence (AI) and Machine Learning (ML), the world is becoming that much more automated and that much less human.

Machine Learning is basically a subset of Artificial Intelligence. This is the process that focuses on the development of computer algorithms that will autonomously enhance and upgrade themselves. They are able to make the code more and more sophisticated without human involvement to the point where we only have to feed it the information it needs to study the subject. There are three main types of ML: Supervised learning, unsupervised learning, and reinforced learning.

Supervised learning is trying to create predictive models. At the starting stages, a dataset is fed into the computer that has an example of input and output. This is the part where this method gains the name “supervised.”

After the feeding frenzy, the algorithm starts to run in the test environment until its settings and accuracy are adjusted to the level that the supervisor deems acceptable. After analyzing the datasets, the algorithm comes up with additional functions that it uses to predict future outputs. For example, the algorithm is going to be trained to recognize X output. After enough time, it is going to be able to predict whether the later output coincides with X or not by analyzing the recognized patterns.

This time there are no classified examples for the AI to learn from. In order to differentiate data, the algorithm is working on developing the algorithm to separate the data sets into clusters.

Each of these clusters has its own criteria for the data to be classified under said group. The training set is usually set up so that these different datasets have some kind of common features for the algorithm to start recognizing.

Reinforced learning is the method that tries to come up with a sequence of decisions to maximize rewards. In this case, the AI is trained by situations where it basically plays a game by trial and error learning which moves are correct and yield maximum rewards.

The programmers in this case are manipulating the data so that there are both rewards and penalties for making correct and mistaken decisions. This trains the computer to perform such patterns that give rewards instead of penalties. Once the AI has an ability to be left alone and make decisions on its own, the complexity of the tasks increases and so does the tactics.

This is the type of learning utilized in advanced Chess-playing computers, Elon Musk’s Dota 2 AIs that beat even the best players in the world, and Google’s AlphaGo program that trained and won against the world champion in the game of GO.

Now that we have talked about the popularity as well as the training process of Artificial Intelligence we can safely transfer our knowledge into finances.

So how exactly do AIs operate in the financial sector to aid huge companies, brokerages, or even tech-savvy traders on their way to success? It is widely used in investment banking, stock brokering, asset management, and hedge funds. Basically both the selling and buying sides of the market. This gives us a system where a vast network of artificial intelligence is trading with each other at a fraction of second speeds trying to overcome each other. This is no task for a human, but we do supervise the process to make sure things are going as planned.

The selling side is utilizing the AI to test out investment combinations like in credit and trading. Banks and other technology companies are very much interested in natural language processing software which they use to “listen” to their customers and personalize their ad campaigns. This can be used to suggest something customers may want to buy or conveniently offer a credit when someone needs it. Banks are also incentivized to utilize AI technology to get recommendations for best rate swaps that aid the firm’s balance sheets.

Supervised machine learning systems are used to find correlations among asset prices in order to predict different currency prices even a minute into the future. This may not seem like much but gives a significant advantage to the companies and investors heavily trading on the Foreign Exchange Market (Forex, FX). While at the same time reinforced learning is running millions of simulations to come up with the best one to do client orders that will have low market impact.

On the buying side, the computers are basically going through the history of every kind of asset like a stock, commodity, bond, and currency to predict how they perform in different economic scenarios. This gives them the ability to identify the traders and give them suggestions for portfolio construction.

They also pay attention to market changes to adjust the trades with it. This is done via analyzing different data involving consumer’s attraction towards this or that asset. The data may be anything starting from satellite imagery to property listings to see economic trends. Language analysis is also utilized here to track news, see what sentiments there are on social media, and more.

In conclusion, artificial intelligence has already added a lot to the finance sector, moreso when it comes to trading. We haven’t even touched upon the subjects like High-Frequency trading (HFT) and other methodologies to utilize computers and AIs to the benefit of the investor. We may not know where all of this ultimately will lead but the fact stays the same: AI has revolutionized how we do finances and it will continue to do so for better or for worse.