Hocus-Pocus: How The Remastering Process Transforming Classic Movies Into 4K 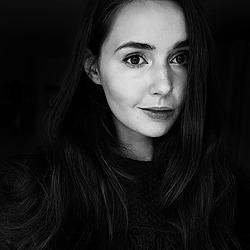 The process of old movies remastering into digital 4K resolution is gaining momentum. And that’s quite obvious: people are full of day-fly action movies with repetitive scenarios. They want to rewatch golden era films they were growing up with: BladeRunner, Matrix, Star Wars.

And that’s really cool the modern world can give us this opportunity to enjoy our favorite films on the biggest screens and feel comfortable. 2K, 4K or even 8K - everything is possible.
But the process of remastering is an extremely complicated one. That’s why every new movie released in digital 4K is a big deal. Because it takes around 6 to 12 months to remaster an old movie.

The restoration process refers not just simply to a movie encoding into a digital file for DVD. It includes the total recovering: peeling away the layers that have prevented you from seeing what’s been on the negatives all these years without adding any fake information.
To do the proper remastering job companies always try to find an earlier-generation negative which haven’t been destroyed with either fading or frequent rubbing in a projector.
These negatives may be cleaner, well-contrasted and have more sharp images per frame. Of course, they need to be preprocessed too: to have dust and scratch removal as well.

The process of restoration today is equally balancing on human resources and automated AI processing. The automation processes may misunderstand some details that look similar to them (having the same color or structure) and accidentally do even worse.
Humans prevent these things happen by controlling what software does.
The final result highly depends on the efforts the studio makes and how elaborately the job was done.

The first thing in the remastering chain is - scanning.
To scan 90-minute into 4K movie the scanner works all day long for at least a week. Scanning into 2K requires twice less time.
But 2019 and 2K not really a good combo…

Why so long?
Because the scanning process goes converting a movie into computer files frame by frame. After that, they are collected back together into a movie flow. When the whole movie was scanned, here we go to the next step - digital cleaning.

Earlier without proper software people did it mechanically literally using Q-tips.
That was very dangerous since you are touching the treasured original nitrate negative. And with one wrong move removing the dirt you could remove the part of the film besides.

With digital cleaning you don’t even need to touch the film. With a special software team of professionals does a cleaning frame by frame.
The main idea is to clean but not create artifacts or to put something extra that wasn’t there.

What should be removed?
After that, it’s high time to move to color restoration.

The process of remastering should take into account the cinematographers and directors’ work from that time period.
It should consider the location as well - where it was shot? In a studio or outside?

There is no doubt monochromatic movies require much less colorization job to be done on them. The main point in their editing - making them more contrasted and structured. As well as adding some bright black colors since these movies lost its natural contrasts by cause of the running several times through a projector.

Another side of the deal with colored movies.
The colors tend to rapidly fade on the film during its cinema screenings. Long-throw and large screen sizes require higher power Xenon 1-7kW lamps.
And all this light pressure was exposed every time per each frame. Quite challenging for a film to stay colorful, right?

Due to this process, the colors were getting paler and paler after several runs. Especially warm reds/pinks/oranges tend to vanish extremely fast, leaving a somewhat dulled greeny-blue print compared to a virgin one.
The remastered movies supposed to reveal to the world bright reds, purples, oranges with deep blues and greens, adding the whole new depth to the movie.
That works well either for black-and-white movies or for colored ones made after 50-ies. But there is a specific type of movies that requires an insanely difficult restoration process. We are talking about the first technicolor movies.

So what’s the problem with technicolor restoration, chief?

Technicolor originally was born in the two-colored system - green and red. Blue came into the mix in 1932 when the Technicolor company added the key third strip.
Adding one more color let the cinema art to get the full possible spectrum of colors opposing to the limited two-colored paradigm in the previous version.

A specific and tough challenge to remaster Technicolor movies which were made in 1922 till 1955 is caused by the process of recording the movie. It was possible thanks to the innovative camera running three different strips of the film simultaneously.

These strips were regular monochromatic (black and white) running behind the color filters, sending the light into three different sources: RED light to one strip of film, GREEN light to another strip, and BLUE light to the final strip.

It ended up having three copies of the same image in three different color variations. After several photo processes in turning negative prints into positive.

Every positive matrix needs to be soaked in the dye interdependently to the color of light recorded by the negative printed on it: cyan for red, magenta for green, and yellow for blue.
The most interesting thing is that getting the final single colorful strip was an entirely mechanical process, not photographic. These three various-colored were physically pressed into one single strip making the whole range of spectrum possible.

Afterward, the final print was imbedded in the gelatin for the final positive print. So no photosensitive chemical, only hardcore pressing film together with very tight tolerances. So cyan, yellow and magenta combined together made the vivid and ultra-saturated Technicolor we have today.

That all went well till Eastman Kodak introduced the 3-in-1 film in the mid-1930s. The last Technicolor feature film was produced in 1955 and the epoch of 3-striped gone forever.

But how to remaster this type of movies?

We will take as an example “The Wizard from OZ” restoration.
Firstly there is a photochemical restoration need to be done. It takes around from 8 months up to 1,5 year inspecting existing elements frame by frame.
"The Wizard of OZ" was scanned 4K at 16-bit linear digital color space. 16-bit linear system means that 65536 colors are available per each pixel. 4K contains 4000 pixels wide per frame.
That’s why every scanned frame was about 50 MB.
“The Wizard of OZ” was scanning as a black-and-white record. Each colorful film strip required to be scanned separately (one from the cyan, one from yellow and one from magenta), so technically there were 6 scannings to make the movie possible.

Afterward, there is a process of digital cleaning. The main difference with the average digital film cleaning that you need to do it 3 times in a row! That makes the process lasts for so long.
What’s more, if you skip any spot or scratch at one strip - it will appear on the whole movie. After the cleaning process, the software marries these three films together.

The main problem in this case is the different degree of shrinkage of 3 color-separated films, leading to inaccuracies in combining films into one. However, modern technologies overcome this difficulty by scaling and combining the image frame by frame to make the perfect alignment. It must be done elaborately right to the pixel.

The process of remastering keeps the art of shooting on celluloid film away from extinction. And allowing us to enjoy the highest possible quality in digital.
God save the film.
And technologies.

AI in Media: Can a Silicon-Brained Journo Beat a Flesh ’n Blood One?