Here's How Russian Universities Are Moving Online Due To Pandemic 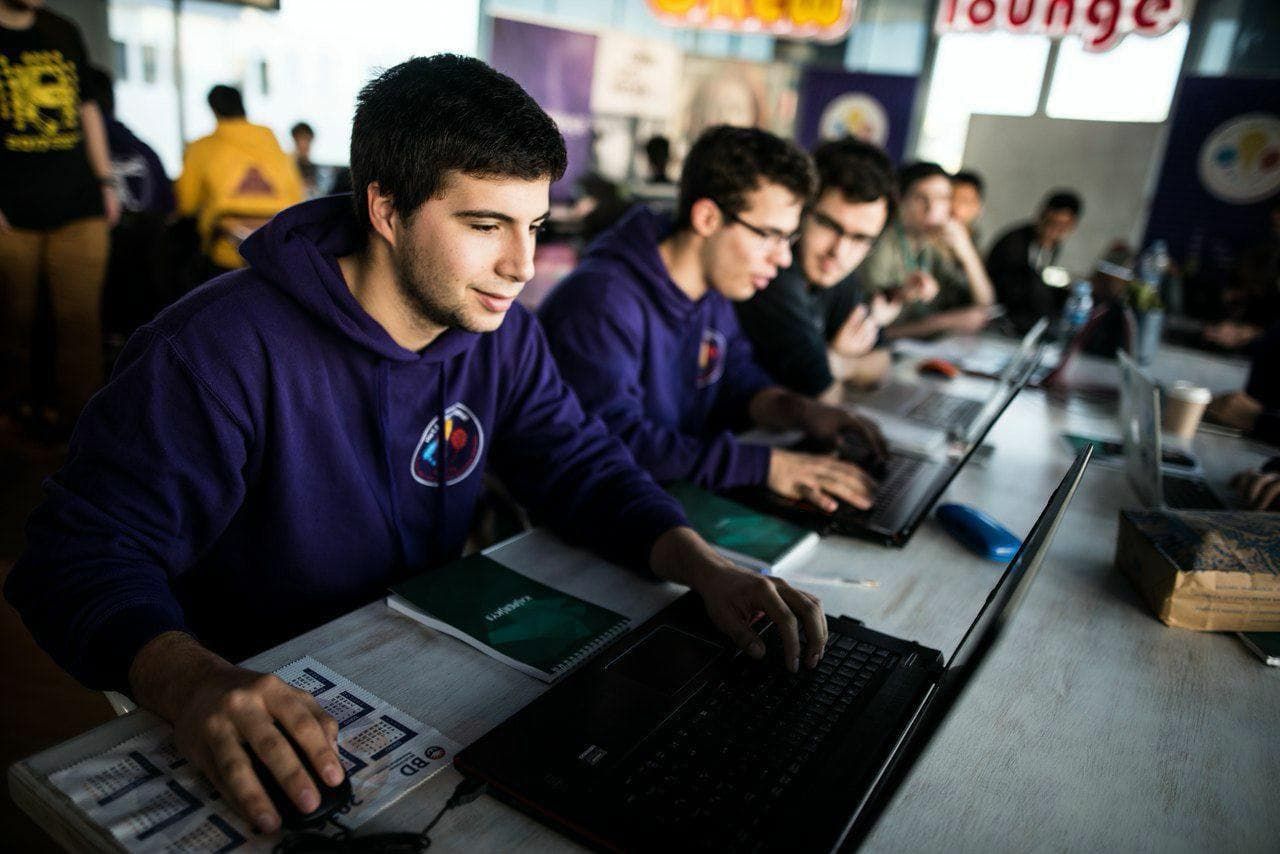 The digital technology race sweeping all countries in the world has made them fiercely compete for talent. The Russian approach is access to affordable higher education for everyone and a series of championships motivating talents to grow and test their skills. Nowadays, this also means availability online.

AI is a big deal in that digital race. The best minds of the current century have said that those who control AI would control the world and that AI is more dangerous than nukes. AI and other digital technologies certainly have a significant impact on our life, not just on separate nations but on us as species. The United Nations declared that we have entered the Age of digital interdependence stating that “no one individual, institution, corporation or government alone can or should manage digital developments; and that it is essential that we work through our differences in order to shape our common digital future.”

Russian specialists have become well-known in the field of AI and Machine Learning, winning worldwide professional competitions and getting highly-paid jobs as data scientists in the biggest tech-corporations all over the planet.

One of the major suppliers of young scientists with outstanding training in math, statistics, and physics, who also perform very well in AI/ML, is MIPT. As an educational institution, MIPT sees its mission as providing equal access to digital professions that are in demand in the innovative global environment, creating an ecosystem that nurtures talent and prepares young generations for jobs that make a difference and bringing mankind closer to mitigating the major risks, including climate change and current and future pandemics. To do this, MIPT, together with other Russian higher education schools, started the RuCode Festival.

Education in Russia is still available to everyone as it used to be in the time of the Soviet Union. Each individual has the chance to be accepted to the best universities and colleges without paying anything or having lifelong student debts put on their shoulders. MIPT is making the entrance to recently appearing professions even easier. A project called Moscow Workshops started at the university’s campus. It is a series of short courses based on an intensive immersion in programming. These courses quickly became popular among talented students and young professionals across the globe.The main benefit of this educational format is that participants can quickly learn a new field and dive directly into it. This approach is similar to one taken by Executive MBA institutions. They enable a student to achieve a BA degree without quitting the  job while providing knowledge and practical training on a module basis.

They’ve since developed a new initiative focusing on instant education — RuCode Festival- in cooperation with 15 higher education organizations. With its more affordable and democratised format everyone, even without any experience in coding, can take a month-long course in Artificial Intelligence, algorithmic programming or C++ at RuCode. All of the content is free and available on the Stepik platform after the event is over. The 4-week curriculums were developed by 50 lecturers from top Russian universities and higher education facilities.

Those who finish the courses leave with a clear understanding of their future career,

“Instant education allows you to acquire basic skills in a new profession in a very short period of time and then to apply for an internship or junior position in an IT company. It should be clear that the largest and most prestigious corporations will hardly employ inexperienced specialists right away. Experience is very important for major employers, in addition to skill and professional knowledge. That’s why, for most newbie programmers, their career path starts at smaller IT companies and IT departments not focused on software development or as freelancers. The next step, once they’ve gained some experience is to take a chance applying for a position with an IT giant,” commented Sergey Brazhnik, Director of educational projects at Yandex.

For young people with some skills in these fields, RuCode offers a separate track — intensive courses in which they solve real business problems that MIPT’s partners, the larger corporations, are facing. Anyone can apply to participate but all applicants have to go through a competitive selection to take part in these “intensives.” In the second and most recent RuCode festival which finished on October 3rd, 1,300 participants were chosen from the 2,300 wishing to take part.

Participants spent two weeks working on solving problems with help of AI or algorithmic programming before showing off their solutions on October 3rd. The first assignment was provided by Gazprombank, one of the top Russian employers, according to Forbes list. Participants had to develop an algorithm for anonymizing personal data in accordance with state regulations. It was important to make a system that didn’t allow reverse data restoration and that saved the meaning of data and visual presentation.

Another assignment, provided by Sberbank, the largest bank in Russia, was not connected to the financial sphere directly but rather had participants create a predictive algorithm with the ability to verify news and understand whether or not it was fake.

“We had initially decided to organize the festival in cooperation with other universities and businesses, because our goal is to turn the project into a global educational initiative that new co-organizers can join. This will make it possible to regularly conduct short, high-quality intensive educational programs for all willing to acquire knowledge and master advanced IT skills. In such rapidly changing conditions, these are exactly the kinds of services that what will be most demanded by both beginners and professionals,” said Aleksey Maleev, Director of Remote Programs, Moscow Institute of Physics and Technology (MIPT) and the initiator of the RuCode festival.

For companies, it’s a way to discover talent and potential employees which is crucial for making sense of innovative technologies. A study by SnapLogic shows that one of the major barriers that businesses in the US and UK face in adopting AI is lack of talent. During the survey, 93% of organizations’ representatives claimed that AI is a business priority for them and that they plan to run projects in this field or have already started doing so. However, 51% acknowledged that they don’t have skilled AI talent in-house to bring their strategies to life. Initiatives such as RuCode are a way to fill this gap and overcome the number one barrier to driving forward their AI initiatives, not just for the UK and US, but also for Russia and other countries. Experts’ estimation of IT-specialist shortage in Russia varies from 200,000 to 1 million.

Banks, telcos, industrial companies and other organizations take part in all kinds of hackathons and IT competitions to find talent or ideas for solving their business problems. Maxim Fedyna, chief analyst in innovations at MegaFon (one of the top-3 mobile carriers in Russia) explained that such festivals allow their company to meet a lot of young professionals in a short period of time, evaluate their ‘hard’ and ‘soft’ skills and invite them to a job interview. Or, if a team is taking part in a competition, it could be a good start of a long-term partnership. MegaFon offers early-stage startups and teams of IT professionals a spot in their ‘sandbox’, which is an environment for quick testing of hypotheses, piloting projects and implementing new solutions. Many of those solutions have been deployed after piloting in the company and now constantly bring benefits to its business.

Education in the Soviet Union had an element of gamification. The best students had the chance to participate in so-called ‘Olympiads’ at their school and then on a regional and national  level. Such events started 80 years ago with multilevel country-wide competitions in maths, physics and chemistry. This was the most direct and surest career path for young talent. Having won awards  in physics or maths in the Olympiads was the same as having a golden ticket to a bright future.

Russia continues this noble tradition today. Every year, including 2020, despite the pandemic, the Ministry of Science and Higher Education publishes a list of officially recognized Olympiads for school children of all grades and subjects, some of which are national. Last year, 80 such competitions took place in 29 academic disciplines. In the 2020-2021 academic year there will be 83 Olympiads in addition to the previous year- in geography, history,  law science and theory of music. Winning any of them gives an edge when it comes time to apply for a prestigious university place . Prize - winners always emphasize these achievements in their resumes  and HR recruiters compete for such talent.

The RuCode’s primary purpose is providing affordable and fast education in the hottest fields. In addition, organizers decided to combine the educational part of the festival with an Olympiad-like competition as the final part of the festival. For those who took courses participating in the challenge is mandatory. This way they demonstrate their freshly obtained skills and get the certificate at the end. This document is accepted as confirmation of their qualification by any Russian higher school.

The RuCode festival was conceived as an educational opportunity for everyone not limited by geography, age or professional experience and for a much larger number of participants. The first RuCode, in April 2020, attracted more than 11,000 participants from Russia and 58 foreign countries. The second one took place in October 2020 and brought together more than 20,000 people from 80 regions and 56 countries.

Also, any person or a team of up to three members from anywhere in the world could take part in the final Olympiad. Aged from 10 to 55, participants competed in the RuCode Finals solving 10 algorithmic programming assignments in 5 hours. All the assignments were translated into English which opened doors for foreign professionals. In the championship, during the first RuCode festival, which took place in April, students from Warsaw University took the first prize.

One of the largest consumers of IT talent in Russia is the internet giant Yandex. The company takes part in all the significant hackathons, competitions, Olympiads and couldn’t miss RuCode.

“Such contests are an important part of an IT community's life. They allow young specialists to compete with participants from all over the world and test their skills” — said Dinar Gumirov, the director in Olympiads at Yandex. — “The format of such a competition gives an opportunity to learn time management, how to build teamwork effectively and most importantly — it’s a chance to communicate with like-minded people. Our educational initiative is aimed to help talented programmers who are at the beginning of their path to develop technologies of the future.”

The original idea for the RuCode festival was to make an offline event spreading across 10 Russian regions. With the pandemic messing up these plans, the organizers ended up moving it online in just a month. It wasn’t easy but it made the festival more economically efficient and opened virtual doors for participants worldwide attracting a significantly larger number of people and making the initiative more impactful. This is also true for championships, Olympiads and all kinds of hackathons organized by top Russian universities that were transferred online as well. This pandemic worked as a ‘growth hormone’ for new forms of the Olympiad tradition and catalyst of the digitalization in education in Russia.