Hacking UFO Tech, SETI, and the Boundaries of “Respectable” Science

Where Do We Go From Here?

This weekend a groundbreaking story in the New York Times, Glowing Auras and Black Money: The Pentagon’s Mysterious UFO Program , which was covered by media internationally, was the first acknowledgement by the Pentagon since the 1960’s that they were taking UFOs seriously.

It is being hailed by many in the world of UFOs as the beginning of a drip drip disclosure not only about the existence of so-called black government projects to study UFO sightings, but also what is perhaps a more interesting revelation for scientists and engineers: that in our airspace there exists technology that defies our known laws of physics, and we are actively trying to reverse engineer it.

Until now, if you asked any serious scientist about UFOs publicly, they usually gave a CYA answer. It reminds me of the old saying in the business world, “no one ever got fired for going with IBM.” No academic or researcher ever got fired for saying that “there is no evidence that UFOs exist, therefore we shouldn’t study them”. On the other hand, if they said that the matter should be taken seriously and given funding, they would subject themselves to all kinds of ridicule and possibly lose their job.

This brings to mind an exchange in the movie Contact (based on the book written by very respectable astronomer Carl Sagan), between Ellie Arroway (played by Jodie Foster) and her mentor, the very respectable scientist David Drumlin (played by Tom Skerritt). He basically told her: “You’re a promising scientist. Don’t throw away your career … looking for little green men.”

With this bombshell report and the DoD’s admission that it takes UFO seriously, is that attitude about to change?

Before we answer that, let’s look at a little history.

Almost 50 years ago today, on December 17, 1969, Project Blue Book, a government funded effort to study UFO sightings was shut down (on a strange personal note, this was also the day I was born, though it happened half way around the world!).

The popular narrative for the shutdown of “Project Blue Book” (and related projects) was that most UFOs were mis-identifications or natural occurrences, and since the military didn’t consider them a threat, the government was officially no longer in the UFO business.

There were 3 problems with this narrative:

2) Many suspected that the government continued to show interest in and pursue UFOs in top secret programs in the DoD even after claiming they were “no longer interested”. In fact, there are many claims that the most interesting UFO cases were investigated by the DoD directly and never turned over to BB.

3) Dr. J. Alan Hynek, who was the chief scientific consultant on the project, later became an advocate of serious UFO research, often debating with none other than Carl Sagan, who (publicly at least) believed that money should be spent on “serious” science like radio astronomy. Hynek not only invented the terminology “Close Encounters of the Third Kind” but also had a cameo in Spielberg’s 1977 film.

This year, on December 16, 2017, along with the NYTimes story, the Department of Defense released its first “official footage” of UFO encounters with the military. They admitted for the first time since 1969 that there was another secret organization that was formed and funded by Senator Harry Reid and others to study the phenomenon.

If you read the information contained in that report and others, the real story wasn’t just that the DoD admitted they were studying UFOs — but that this was the first time they admitted publicly of having real evidence — including video, radar, eyewitness, photographs and even physical artifacts — of encounters between US military aircraft and unknown craft which were defying the known laws of physics.

The aspect of the story that’s most interesting to me, and perhaps to you if you are an engineer or scientist is right here:

Under Mr. Bigelow’s direction, the company modified buildings in Las Vegas for the storage of metal alloys and other materials that Mr. Elizondo and program contractors said had been recovered from unidentified aerial phenomena.

This is an astonishing admission. In fact, this may be the first time since the 1947 Roswell incident (where the military did a press release saying that it had captured a flying saucer, only to retract the story over the next few days) that anyone in the government is actually admitting to having flyer saucer/UFO/UAP technology in their possession.

How Will Scientists, Engineers and Silicon Valley React?

Will this cause mainstream scientists to be a little more careful when asked about UFOs?

A few years ago when I was at SETI-CON (sponsored by SETI, the Search for Extra Terrestrial Intelligence, whose executive director, Jill Tartar, was a respectable radio astronomer and who was partly the inspiration behind Contact’s heroine), I asked Seth Shostack, the chief radio astronomer there why SETI wasn’t studying UFOs.

Seth’s response to me was something along the lines of: “Well the UFO people are crazy. They think they have evidence that UFOs are here when there is zero evidence. I repeat zero evidence.” I always suspected this was a standard CYA answer, since there was actually tons of evidence that he didn’t want to take the time to sort through.

Now that the Pentagon has pretty much confirmed that there are UFOs flying around in our skies, and they have not only been studying them, but that we have artifacts from them, the real question is:

Shouldn’t civilian scientists in academia and in industry be demanding that we try to figure out how this stuff works?

There should be a big cry from Silicon Valley — which is supposed to be the heart of innovation ( I live here and am just down the road from both Google and SETI in Mountain View). Instead of Elon Musk spending his time trying to make rockets (a 50+ year old technology) work better, if he truly wants us to become an inter-planetary (and perhaps inter-stellar species) shouldn’t he be investing some of his billions in figuring out this not yet understood form of transportation?

While Google has the Lunar X prize for us to reconstruct technology that we had working 40 years ago to go to the moon, shouldn’t they be investing more $$ in an X prize that would mark a real advancement in physics and human exploration — demonstration of a non-rocket based system of flight and propulsion to the stars?

The truth is we don’t really know how this UFO tech works, and in the realm of basic research, Silicon Valley may be more of a laggard than an innovator. And by “we”, I’m saying that it’s our mainstream science that really doesn’t know how it works. Arthur C. Clarke once said that sufficiently advanced technology is indistinguishable from magic -and there’s nothing that our “respectable”mainstream scientists hate more than something that appears to be “magic” because we don’t understand it.

“We’re sort of in the position of what would happen if you gave Leonardo da Vinci a garage-door opener,” said Harold E. Puthoff, an engineer who has conducted research on extrasensory perception for the C.I.A. and later worked as a contractor for the program. “First of all, he’d try to figure out what is this plastic stuff. He wouldn’t know anything about the electromagnetic signals involved or its function.”

I can say that I have personally spoken to researchers from top universities (Stanford, MIT, Harvard) who have seen the “artifacts” that the article references, and other similar ones that are even more secretive (and perhaps more functional).

Although I’m usually the one who brings up science fiction scenarios, one researcher brought up an apt one to me: In the movie Terminator 2, scientists and engineers were given limited access to “it” — the pieces of the microchip and the skeleton of the terminator which had come from the future. They were reverse engineering it trying to figure out how it worked. It was far ahead of anything that had been developed to date.

Sounds familiar? I’ve been told that the reverse engineering effort is just like that.

This is a very big challenge. Think of the advances we made in science and tech in the past 100 years, and imagine the advances we’ll make in the next 100 years. Now imagine that we have tech from a civilization that is a million years ahead of us!

We will need the best minds on this — not only from the military or a few covert researchers who are sworn to secrecy if we are to figure out how this stuff works. This is a much bigger project than anything else we’ve endeavored to do — because once the basic materials questions are answered, we may need new kinds of electromagnetic signals and a new type of computer science than what we’ve been taught. I’m told that some of the tech that’s been discovered and hasn’t been talked about involves interfacing consciousness with physical artifacts, something that also sends most of our mainstream scientists and engineers scurrying to their CYA corners, muttering about “pseudo-science” and “anecdotal evidence.”

Those of us who have researched this phenomenon know that this weekend’s article is just the tip of the Iceberg. I’ve personally seen old photos from the 1950s and 1960s that were much clearer than anything released thus far. Tom DeLong, the former blink182 musician who formed To The Stars Academy and who was instrumental in getting this announcement going himself tweeted: “There’s a lot more s — t coming!”

The big question in my mind is, what will the “respectable” scientists do now that the cat is out of the bag and as more information comes out?

I see one of three possible ways forward:

1. Scientists and engineers from the mainstream continue to deny, deny, deny and give a CYA answer: There is no evidence of UFOs or UFO technology and it doesn’t deserve to be studied.

2. As more information leaks out, at some point, the David Drumlin effect happens. What is the David Drumlin effect? In the same movie, Contact, after an actual signal from another world was discovered, the same scientist that ridiculed Ellie Arroway suddenly became an “expert” on the new signal and aliens and tried to co-opt the work, never acknowledging their prior attitude of closed-mindedness.

3. Scientists and engineers work together with UFO researchers and the DoD, all the while staying humble and keeping an open mind. A new open-minded approach may be needed where scientists and engineers may have to start with an attitude that “we were wrong”, and that “we have not discovered all there is to discover, not by a long shot” as a starting point. This may result in a re-discovery of some fundamental ideas about aerodynamics, quantum physics, and even, I’m told consciousness and its ability to affect the material world.

As more comes to light, we may need to reconsider our arrogance of not just being alone in the universe, but also in thinking our science/tech is technologically advanced that we can make definitive statements about other civilizations and their ability to “visit” us. Those of us who are “pro-science” may also have to reconsider some fundamental aspects of our own science and technology, and even more difficult, our prejudices and close-mindedness to things we don’t understand.

PS — a big thanks to the efforts of people like Tom DeLong, former DoD officer Luis elizondo, journalists Helene Cooper, Ralph Blumenthal, and the tireless Leslie Keane, and others who have stuck with this subject and were instrumental in getting this announcement out via the NYTimes, etc.

The Bible's 666 Mark of The Beast Prophecy, COVID-19 Coronavirus Va... 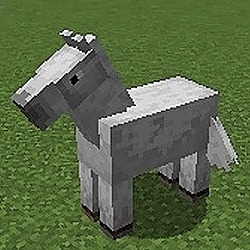 The REAL Life of Pi: Ethereal, Romantic, Mysterious And Completely ...