When someone declares an advertising medium (like newspapers) worthless, I listen.

When a group of people declare it irrelevant, I’m interested.

When the majority say it’s dead, I start buying.

I think one of the biggest misconceptions about advertising is that it’s all magic, or about “the big idea” or whatever. Certainly, that’s a big part of it, but an equally large piece is the media buying. You see back in the far recesses of the office pouring over spreadsheets is your humble media buyers and planners. These are the folks that make sure your ad gets to the right people, on the right platform, and that you’re getting a good return for your dollar. It’s not a super sexy job but it silently is an undercurrent of many companies marketing campaigns and its proper execution is often the difference between a success and a failure.

As a person that spends their days running a small media buying shop, I’ve noticed that those of us in the weeds tend to think about media in a gradient, rather than a binary.

What do I mean by that?

Often times they’ll have read something, or heard that a friend or colleague grew their company super fast using some medium and they need it right now. The tactic has been pre-decided and the forest is decidedly lost for the trees.

On the client-facing side of media buying, you learn to be a bit of a mind reader. Reading between the lines and understanding what a client is *actually* trying to say rather than what they literally said. It’s really important to understand what the real goal is so you can plan to help folks achieve it.

Usually, real marketing goals are one of the following:

Whenever you figure out what that actual goal is, and the client is rational and listens to your expertise you can start deploying media day trading.

So what exactly is media day trading?
For those of you that trade stocks you probably have a reasonable idea of what I’m about to say. For those that don’t, I’ll do my best to give a quick and dirty version without getting too deep into the rational market theory.

Media has buyers and sellers (with various middle parties taking cuts and doing various value adds) in the transaction between advertisers (the companies buying ads) and publishers (media companies with spots for advertising). In the simplest version of this market, publishers set the prices and advertisers either accept them and pay, or they don’t. In the most modern iteration, there’s real-time auction-style bidding going on where the media may have a floor but mostly it’s perfectly price elastic based on demand or at least is in theory. The theory, like with stocks or any other commodity, is that in the aggregate the market will rationally assign the “true” value to a media spot, and it will be priced accordingly.

Reality is a lot messier, beyond technical issues like marketplace opacity or bots etc, there’s another big element.

People
See us humans tend to have a lot of bias. These biases can oftentimes affect what sort of media we choose to purchase, when we purchase it, how much we purchase it for etc. Your media buyer could read a well-written article extolling the virtues of Facebook advertising, or hear a friend say how they got taken to the cleaners on television ads. Most of the time though the data we get is piecemeal at best, and mostly anecdotal rather than representative.

This presents a serious problem when you’re trying to understand the “true” value of your media. It also presents a massive opportunity.

If you have some budget and risk tolerance, it’s not an awful idea to run towards mediums that folks are running away from. Since media is priced based on competition between buyers you can get an absolute bargain on media that still has a lot of inventory, but buyers have decided is no longer cool for whatever reason. While not all media is created equally and a newspaper impression is certainly different than a Facebook impression, both have value to a large degree and if the price is right you should always strike. This is the job of a proper media buyer/planner that is given the proper latitude in their job.

So practically speaking, how do you take advantage of media day trading to grow your company?

Books can and have been written about how to properly execute a great media strategy. Rather than pontificate on high and giving absolute advice when I know nothing about your companies I’m going to instead talk about some techniques that those of us in the industry use to determine if something is working or not.

Don’t Let Perfect be the Enemy of Good

None of the following are perfect. You will never capture the full value of a specific piece of media. Everything that follows should be treated as indicators. When you see an day trading opportunity though, you’ll know because the ROAS, or Return on Ad Spend, will be so much higher it will be an obvious pattern break. Think of yourself as a VC. You’re going to make a lot of small bets with the hope of finding a Unicorn.

Get Your Analytics Sorted

The first thing you need to do is get your analytics sorted. Before you spend $1 on media you at the very least need:

You don’t even need to be running Facebook or Google ads right away to make this worth it. Between Google Analytics and Facebook’s so good I can’t believe it’s free Attribution tool, you can have a pretty reasonable idea of where your traffic is coming from and what it’s doing. This step is the basis of anything else I’m going to say so in all seriousness if this isn’t done stop reading, drop GTM on your website, and then roll Google Analytics + Facebook through GTM. Once that’s done we can move on.

Match market testing is a really great way of testing out the potential of media from both an online and offline perspective. Match market testing is nothing new. Advertising agencies have been using this technique for decades. Basically you test different media channels and marketing ideas by only targeting them to the folks that live in one specific city.

Want a head to head showdown of Facebook versus Twitter and you don’t know how to calculate the value of the impressions and engagements on top of just the clicks and direct conversions? Find 2 cities that are similar in size and demographics and run one platform to each. Run Facebook to Kansas City and Twitter to Tulsa as a potential example.

Then, to measure the results, you simply count up the orders over a period of time, say 90 days, and see which performed better. This obviously isn’t a perfect system, but nothing is. Use it as another indicator.

For Digital: CPC, CPM, and Conversion Rate is the 3 Most Important Numbers

To figure out if this is working you need to keep a very close eye on your numbers. Since we’re basically Sherlock Holmes chasing down clues trying to find a secret opportunity that most of the market has missed we need to record, analyze, and be very detail-oriented in this. Our three most important numbers though, for anything we buy has to be the following.

So, for online, this is a bit simpler. What is the cost for someone to come to my website? (CPC). What % of these people purchase? If my cost per click is $1 and 1% of people become customers, then my cost per new customer or CAC is $100. If my product is $300 then I have a 3x return and I should be profitable in most cases.

For offline, using a match market technique it gets a bit harder but basically follows the same sort of formula just with more estimation. So if I buy a radio ad for $500 that reaches 50,000 people and 500 visit my website and I have a 1% conversion rate I should sell $1500 in product and have a 3x return rate still.

It’s all just math to understand your returns whether you’re using online or offline mediums and see if you can spot day trading opportunities.

One thing many folks don’t realize is that in traditional media deals it’s expected that you’ll negotiate.

It breaks my heart when I hear folks paying whatever the media seller quotes them.

At scale, large agencies will get probably at least 50% off what your average media salesperson will quote you. Agencies are able to do this because we bundle together many different businesses media spends and use that leverage to drive down their margins.

While you won’t quite get that as an individual business I would encourage you to try and take at least a significant percentage off the top. You’d be surprised what they’re willing to do to make a deal happen.

You should always been spending 10% of your media budget on speculative ad platforms. Like a well-balanced portfolio, you want to spend some percentage on high-risk platforms so you can go all-in if you find something that’s really working for you.

At my advertising agency, Moonshine Marketing, we advise all our clients and agency partners to balance their media buying with at least some % of experimentation every single month to help them find great opportunities to grow on the back of underpriced media.

With all these tools you’ll be able to find and leverage media day trading opportunities to grow your startup with a super unfair advantage. While the dumb money flows into whatever the fad of the moment is you’ll be buying media like a champion blowing past the competition with tools and platforms they considered irrelevant. 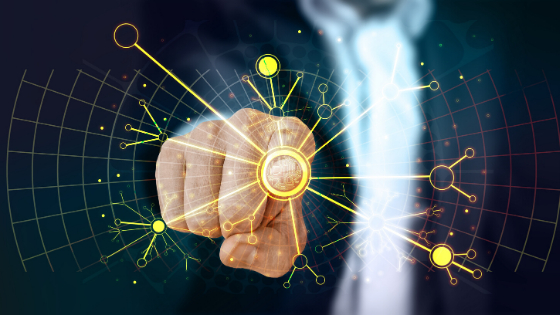 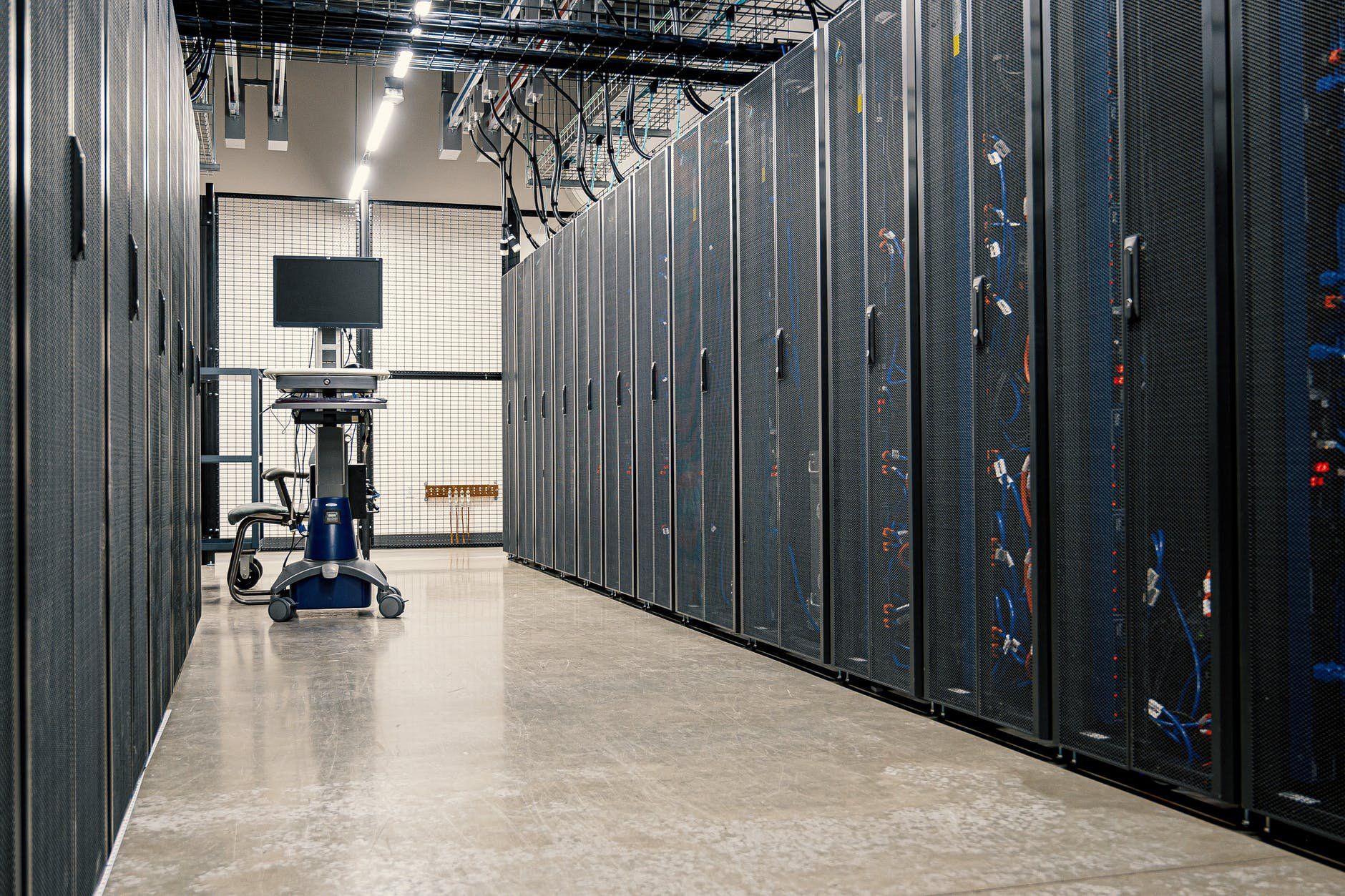