My code-free experience learning how to clone, test and trade eight extremely profitable quant finance algos on the Quantopian platform.

Last week, Boston company Quantopian released its first Multi-million dollar capital allocations to algorithms crowdsourced from the Quantopian community in amounts ranging from $100K to $3M. The algorithms were submitted by an open community of authors from all over the world. Capital allocations from the Q fund were made to authors in eight countries, including Australia, Canada, China, Colombia, India, Spain, and the United States, and are now trading live, with third-party capital that Quantopian manages. Quite amazing!

Understandably, Quantopian hasn’t released publicly to which specific algorithms it has allocated the capital, nor how much.

This gave me a wacky idea.

I had been lurking around Quantopian Community Forums, and a couple of their hackathons.

I distinctly recall realizing quite early that I had stumbled onto something huge, but I try to remain suspect of my own biases.

Years ago I moved West for a spell and was brainwashed by hippies into always questioning my own worldview and assumptions. Coincidentally, this starting point seems to accord with the quant teachings of some of my favorite math snobs, like Delaney Granizo-Mackenzie and his Quantopian lectures and seminars, including this one from QuantCon last year: You don’t know how wrong you are.

Thus began my interest in Quantopian, which seemed to consistently reinforce my personal bias in favour of democratized quant finance.

My internal ‘confirmation bias’ detector tingled a little stronger last July when Hedgefund-superstar Stephen A. Cohen pledged a cool quarter $Billion to be managed by Quantopian. And then, just last week, mega-tron BlackRock Capital fired every one of its stock-picking hedge fund managers in NYC, in favour of exclusively quantitative algorithmic trading going forward.

And so, with only wannabe coding skills, and just a simple background in philosophy, but (hopefully) a knack for calling myself on my own bullshit, I set out to crib from the best Algos being discussed in Quantopian forums, run the backtests, understand the strengths and weaknesses of each, learn all the required ‘Quant’ concepts (Sortino, Sharpe, Alpha, Beta, MaxDD etc.), and ideally set each Algo alive into ‘paper trading’ (ie. pretend money) all with plenty of time before QuantCon 2017 (April 28–30 in NYC), where Quantopian plans to release their much anticipated Futures API, to be used by anyone that joins their open quant finance community.

I researched, cloned and backtested eight separate Algos from the open-source Quantopian Community Forums. (There are some really powerful ideas being discussed there!). A great starting point is this Post linking to the 10 most cloned Algos and Notebooks on Quantopian. Another place to start is this Q Algorithm Research and Ideas library, which has some overlap.

When choosing these Algos (delineated below), I tried to use the same allocation criteria that Quantopian uses. Then I set a few of these Algos loose (in paper trading). Five of the Algos are live paper trading today! (If you sign up below, I’ll keep you posted of the results of each Algo on a weekly basis).

For the initial Eight Algos, I chose 4 from the Quantpedia ‘Earnings Announcements’ series (which appeal to my ‘legal and regulatory’ background). For the remaining 4 Algos, I dug a little deeper into the substantive Quantopian Community Forums. There many familiar (and unfamiliar) quant strategies, concepts and variants of Algos are cloned, debated and improved by minds much more seasoned and insightful than mine. It’s quite a sharp learning curve, fascinating and rewarding!

I like each of the Eight Algos that were chosen for different reasons, with a few consistent themes: Each Algo 1) demonstrates consistently profitable backtests, 2) uses a wide universe of stocks and broadly distributes capital, independent of any particular stock or sector, 3) remains market agnostic, and 4) meets the criteria prescribed by the Quantopian team. I describe each briefly below, and have created deeper Medium and Quantopian Posts for each separate Algo (including some definitions of those funny words above), just click!

Andreas Clenow, author of a several classic books on ‘Momentum Trading,’ has published his own version of the underlying Momentum Algo he promotes, which had already seen many prior attempts and iterations by the Community. Let’s check out both variants.

An ‘implied volatility’ strategy much discussed and iterated upon in Quantopian forums, originated by Charles Witt in 2016. Originally termed “Robinhood Extreme Vetting.”

Originally submitted by Peter Bakker in June 2016, with much input and iteration from the Community.

Using an academic paper as a starting point, the 101 Alphas Project aspires to create 101 profitable Formulaic Quant Trading Strategy. This is Alpha #41.

With just a little exposure, I am consistently having more and more ideas for variants of these Algos and others, some of which I hope to publish soon (or maybe submit at the QuantCon 2017 Hackathon). One logical next step would be to create a meta-Algo that smartly allocates capital among each of the other Algos, perhaps even borrowing from these starting points.

My goal here was to simply leverage (i.e. clone, test and trade) several Algos from the open source quant community that comprises Quantopian. (As Quantopian itself has done in its own initial capital allocations). Some of the community’s ideas are way cooler than mine anyway ;) But I’ve got a couple in mind for the QuantCon Hackathon in NYC on April 30, 2017 (some using Quantopian’s shiny new Futures API and data!).

The Search for Truth

The Truth [is] a universal secret about the way the market works that [can] only be discovered through mathematics. Revealed in the study of obscure patterns in the market, the Truth [is] the key to unlocking billions in profits…It [is] about money, of course, but it [is] also about proof. Each added dollar was another tiny step toward proving they had fulfilled their academic promise and uncovered the Truth.

There is a new era upon us. A democratized algorithmic era, where we can all code our own Truth(s), backtest our algorithms, and employ our strategies in our present day scenario and marketplace, testing at first, and eventually with real dollars and risk (and ideally build in our own escape hatches, in the case of market hiccups, crashes and other events). Dare I say that the ‘Truth’ is knowable by anyone, with a little discipline, insight and code.

I take no credit for any of these Algos — they were created by the Quantopian open quant finance community, and iterated upon therein. I just read everything I could, found these fascinating threads (and many others), and cloned the latest versions, ran some more backtests, and started paper trading. I try to ascribe appropriate credit where possible — and may be in error, or have forgotten you. If so, please advise. I encourage all feedback (negative and positive) and discourse!

I feel indebted to Quantopian, and grateful for the fascinating discourse happening with thousands of diverse brainiacs on the Quantopian Community Forums. I have become quite impassioned, and have already found the next 5 Algos I want to try.

This is not investment advice. I am not affiliated nor associated with Quantopian in any way. Also, I have not mentioned herein some of latest features and functionality on the Quantopian platform, including Alphalens and Optimize API, which I hope to use and discuss in subsequent posts.

Manage Your Investment Portfolio Like a Pro: A How-To Guide 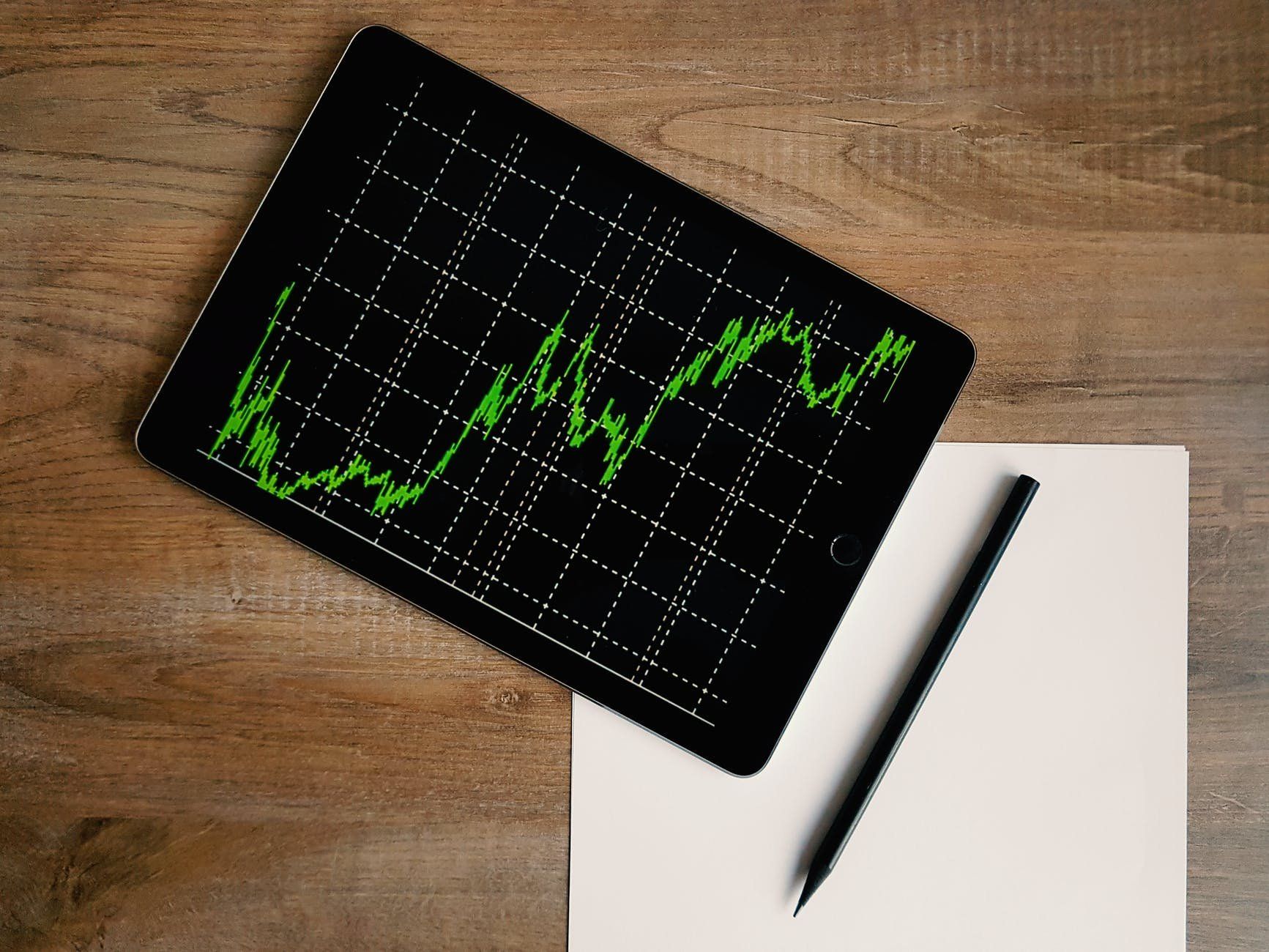