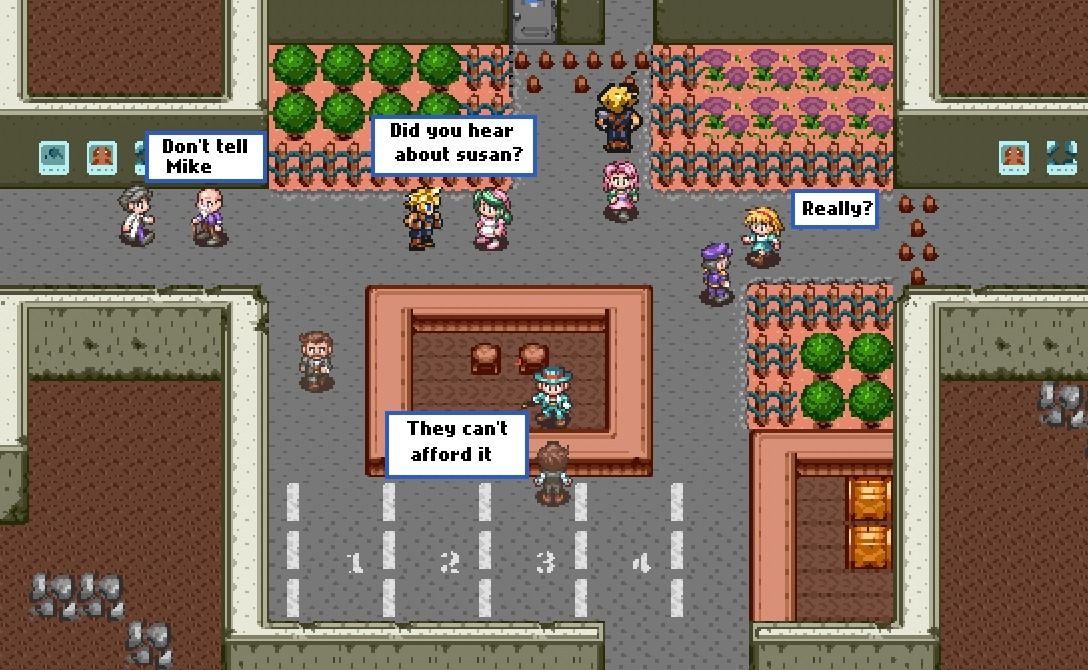 Head of Data and DevOps: focusing on building non-mainstream projects to learn more about the world and share ideas.

Recently whilst struggling to fall asleep, I had a bizarre idea; how important is gossip to our species and our evolution? Anthropologists have long debated the value of story-telling and collective belief in success of the human race - surely gossip is a big part of this?

As such, i've decided to build a game of sorts, in this game/simulation there are residents who partake in the occasional gossip. They are just rules based bots who go about their day. 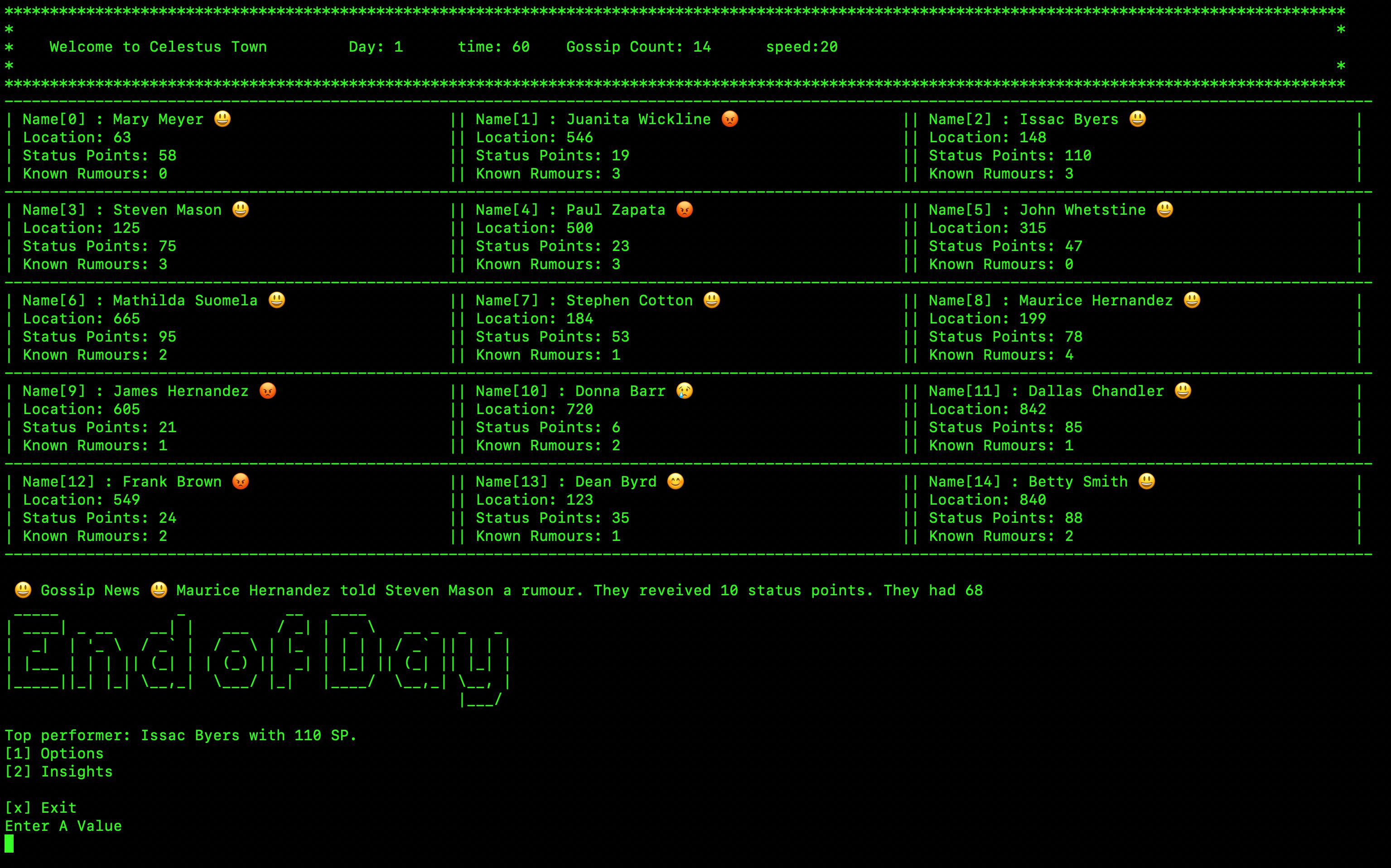 Image: The Sim comes with interactive terminal and generates Json,CSV and Parquet reports.

To get the ball rolling I had to think high level and develop a set of rules, from which I could build on. 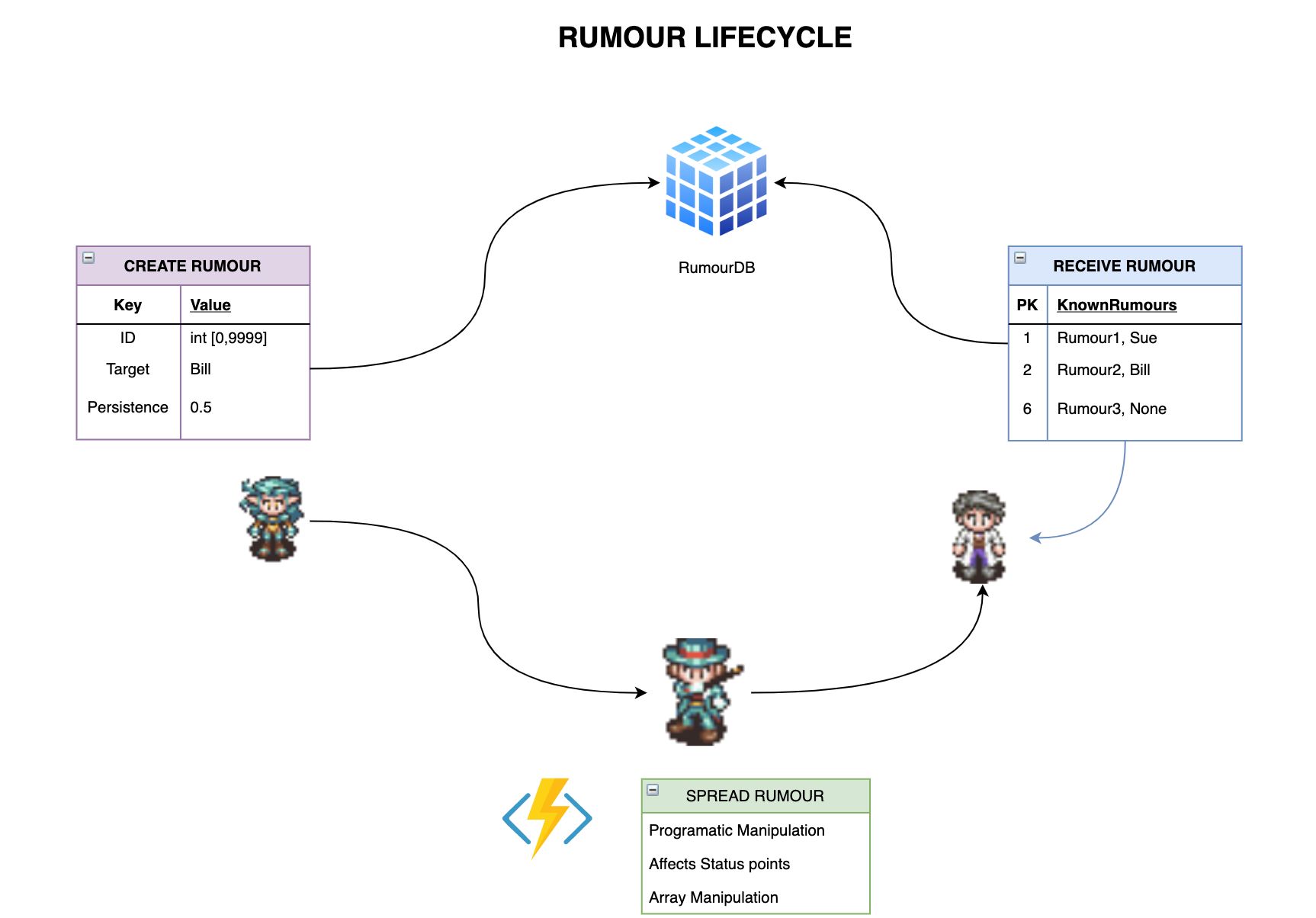 These rules were only the foundations that allowed me to build all the functions, thanks to the help of sociologists friends and some research i've been able to embed all these rules and a lot more into playbook templates, each of which map to a given psychology/sociology framework.

This means we can run the simulation over and over again, to see how the world evolves under different academic assumptions. The key is not to make any assumptions myself, but to code as much flexibility to iterate through all the possible sociological frameworks to compare, validate and learn.

Integrating AI models and make sure they behave

one of the key reasons for building two engines in one project [Data Oriented System (DOS) and Game Like System (GLS)] , is so that the AI models can integrate through the terminal DOS interface - this allows them to operate at CPU speed. Of course doesn't let us humans get in the middle of the training process (other than setting breakpoints at certain iterations in the loops to allow value tweaking).

Once the models are trained, (Rnn, Genetic, Random Forrest etc), they can be deployed on the game platform and run at human speeds so I can interact with them and see how things evolve at a more manageable pace.

A big challenge to all this isn't the models themselves, but ensuring they behave and don't have access to data that would allow them to cheat. For example let's say there is a rumour about Jim, three other people know the rumour, let's call them Sarah, Bob and Dave. Jim doesn't know who started the rumour, but me (Adam, a real person) has to track the original creator of the rumour. I track it in a gossip Database, Sarah Bob and Dave are rules based bots so they only access the interfaces I let them including their internal references. If however Jim was an AI, even if I restrict his access to the gossip Database he might be able to infer the original gossip source via relationships in the data, especially if it's leaky and designed poorly. 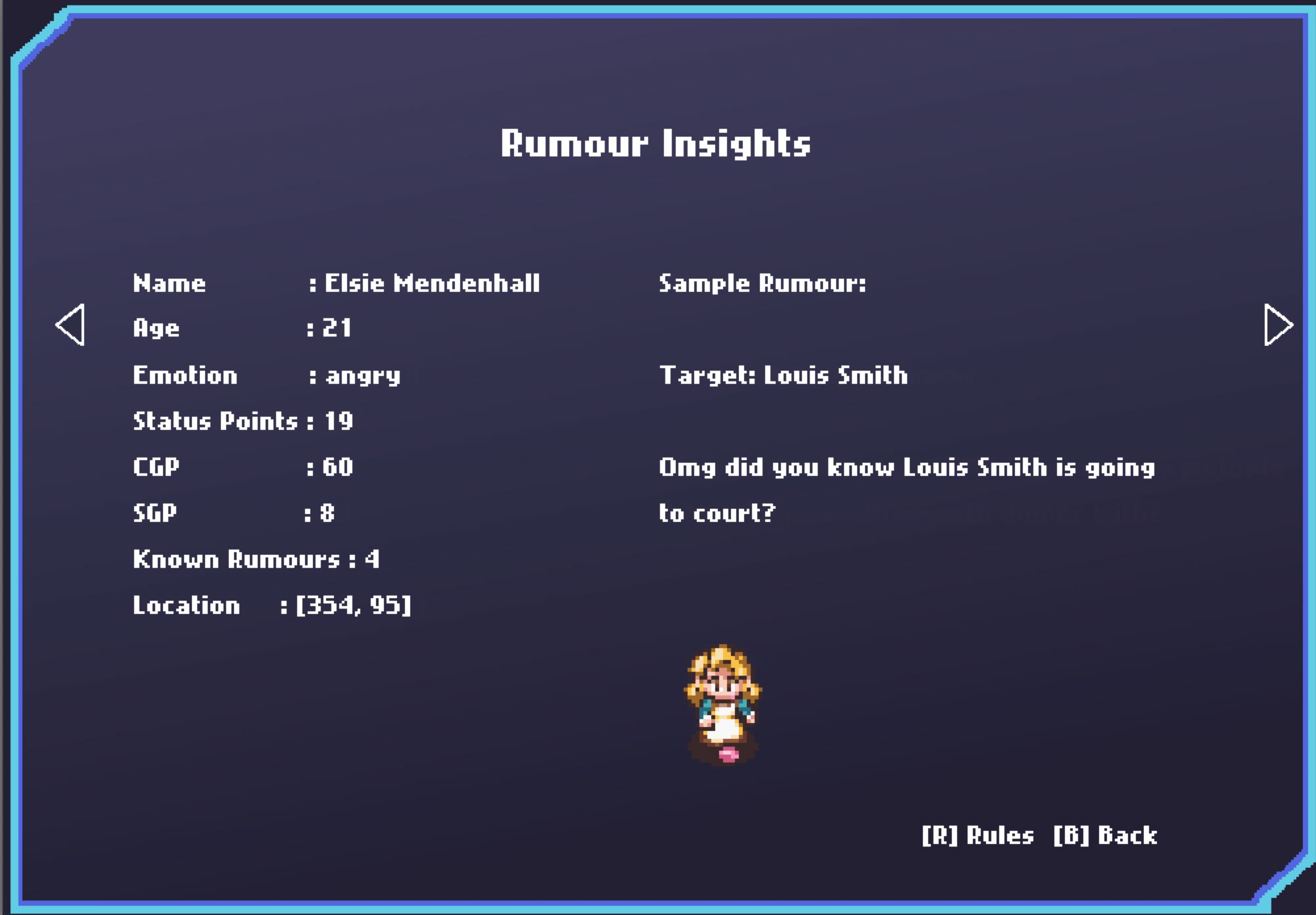 It's all about Status....and other things

You might be thinking, what is it then that drives these agents? Or if you are more experienced in AI litterature you might ask 'how are you managing and defining value?'.

The answer isn't straight forward, so here is a list: 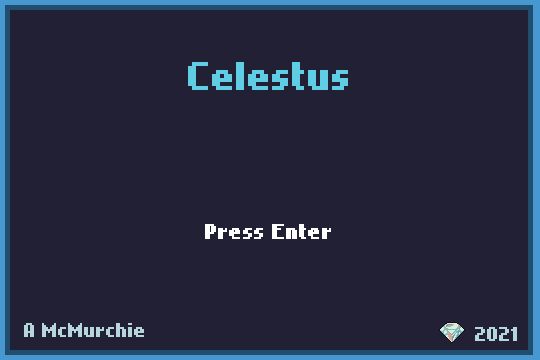 At the risk of sounding wishy washy, it's fair to say we have already transitioned from humans can hack machines to machines can hack humans.

More importantly they take advantage of the evolutionary blind spots in our reasoning and logic. Usually this is done via an subtle manipulation of our internalised social framework (i.e. adverts disguised as news articles about someone you respect). A near future scenario could include overseas call center bots impersonating the voice of a close relative asking for money.

Even if this is blown out of proportion, by simulating societal mechanisms, producing synthetic and hybrid data it might be possible to shine a spotlight on our specific social mechanisms that get abused and possibly even develop counter-measures.

If that's all sounds a bit pie in the sky, then what I can say is, it's fun! By having zoom calls with my friends with sociology, psychology and marketing backgrounds i've been able to brainstorm, refine ideas and help bring together different disciplines to hopefully synthesize something of value.

Related Stories
Subject Matter
VPNs for Netflix: Benefits and Must-Have Features by @clearvpn
#vpn
How To Build and Deploy an NLP Model with FastAPI: Part 2 by @davisdavid
#natural-language-processing
Jupyter Notebook Tutorial Using the Modzy Python SDK by @modzy
#modzy
Pitfalls Of Court Hearings On Zoom by @TheMarkup
#zoom
How to Find The Stinky Parts of Your Code [Part XI] by @mcsee
#refactoring