Geo-Blocking Should Be Illegal - Change My Mind 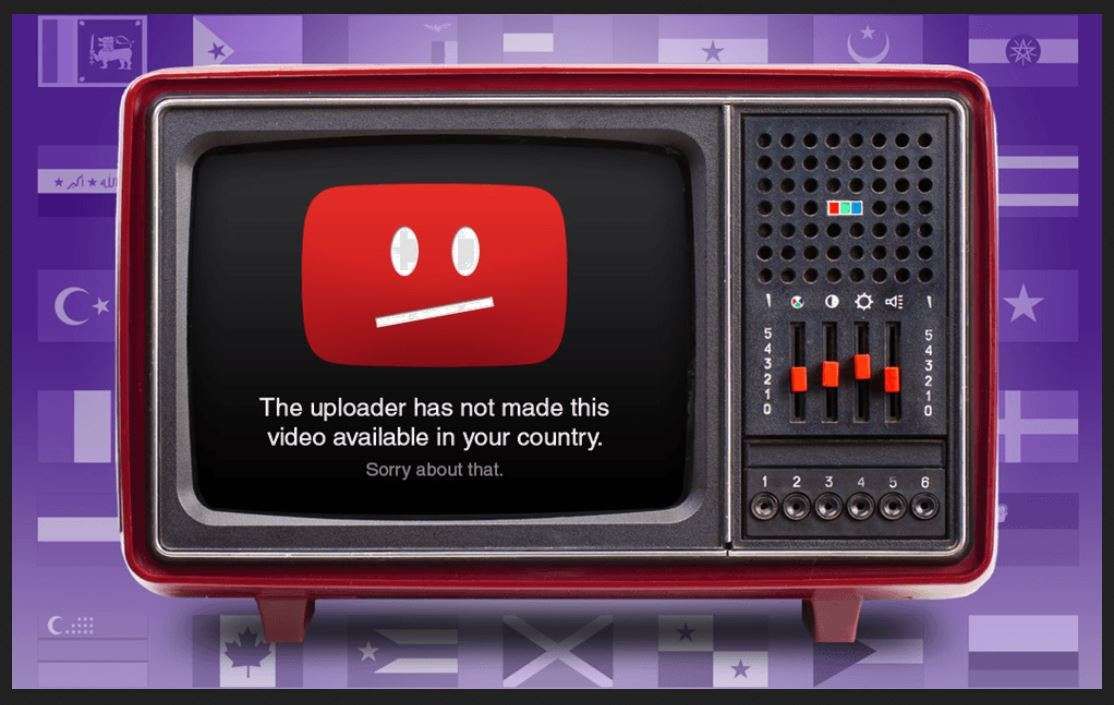 We’ve all been there; “this content is unavailable in your country.”

The true cost of “free” speech to corporations and governments

For many, geoblocking is an everyday inconvenience. To us, it’s a disguised form of censorship. This widely accepted practice allows companies to restrict access to their service based purely on your location.

While this is generally for the sake of copyright and basic economics, in some extreme cases, it’s a violation of our human rights — such as the right to access information freely.

When the internet turns against you

Just imagine if the next time you went out to see a movie, you and your fellow viewers were each charged different ticket prices depending on your nationality.

This is essentially what’s at play with geoblocking — location-based discrimination. And it’s happening to you every time you shop, stream or browse online. 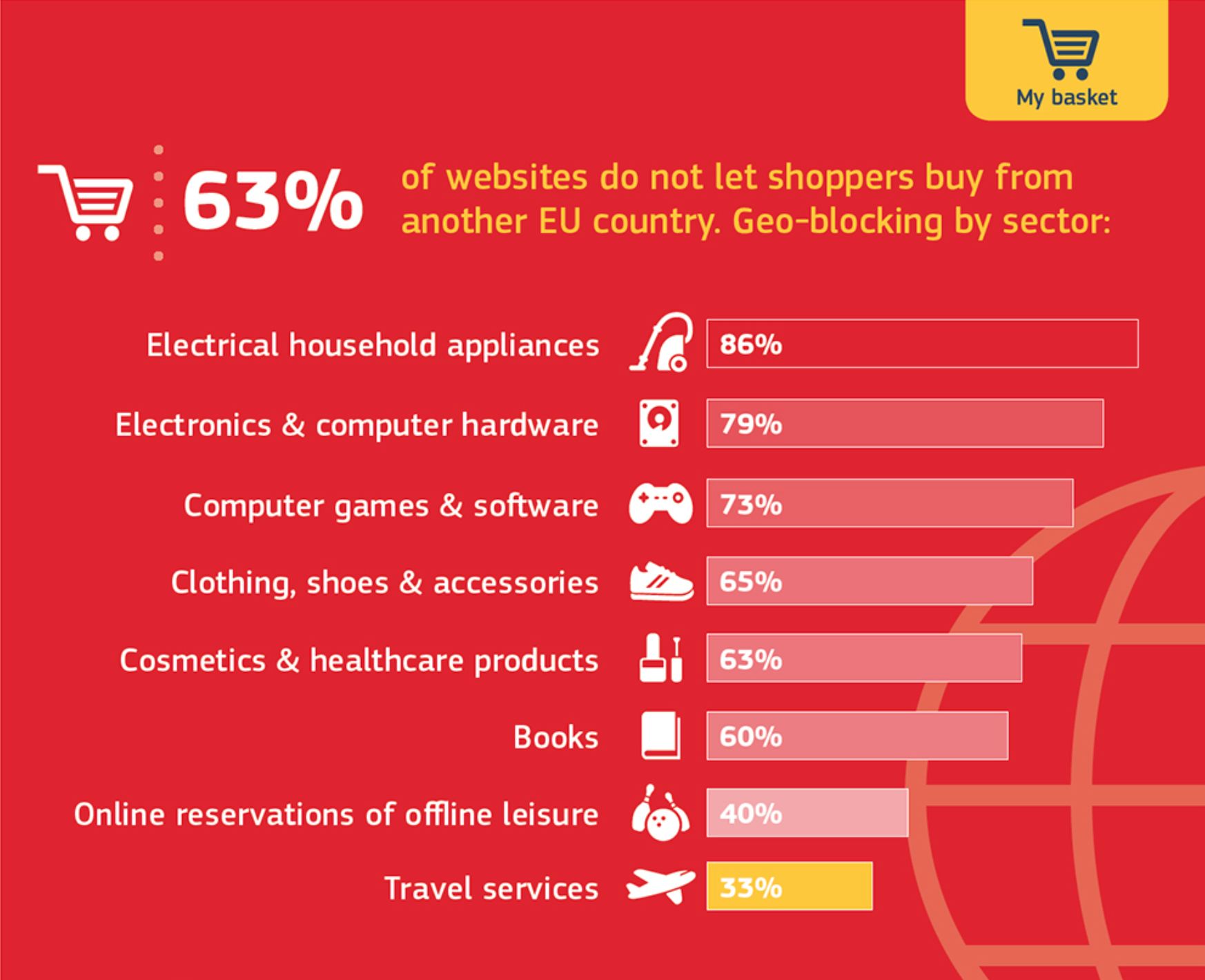 From Apple to small e-commerce stores, businesses the world over are varying their prices based on what they expect you to afford. Prices may even change depending on what time of day it is or the temperature outside.

The digital economy has made it easy for companies to collect this data, later used to exploit your spending habits or socio-economic status.

Even if you’re just a few suburbs apart, what price you pay may be vastly different to someone else in your own city.

In 2018, laws were introduced by the Council of the European Union to protect consumers from this kind of discrimination “based on customers’ nationality, place of residence or place of establishment.”

And while these anti-geoblocking regulations may be one initiative for tearing down these digital walls, there’s little to get excited about.

These regulations only apply to businesses selling goods and services, but not online content more broadly. And ultimately, it’s up to the governments of its member states to enforce — so it might as well be optional.

Yes, much of geoblocking comes down to basic economics.

But the web was not designed to be segmented this way. It was designed to create a global village, where a user in Tibet had precisely the rights and opportunities as someone in Toronto. In an age where we’re supposedly more equal and connected than ever before, it’s a shame we can’t do better.

We’re still a long way from the equalized cyber utopia the internet promised us in the nineties.

Some films and TV shows cost hundreds of millions to make. To their producers, these pieces of content are considered investments, which we help pay off every time we pay to watch them.

But digital piracy has become a huge problem worldwide, taking a huge cut out of their studio’s profits. Tens of billions of visits were made to media piracy sites worldwide in 2018 alone.

If you can watch movies online for free, then why would you pay to see them in the cinema, or subscribe to a streaming service?

This unfortunate trend means the lifecycle of these films become shorter once they leave the cinema. In response, studios have begun selling their movies through on-demand streaming services like Apple’s iTunes store and Amazon Prime.

These platforms can also sell ad space, milking more money out of their advertising space.

But every market demands different content. What is a hit in some parts of the world is a flop in others. And with so much money at stake each time a film is created, studios enforce strict copyright laws to ensure they maximise the return on their investment.

Each content-deal is carefully negotiated by territory. Studios charge outlets like Netflix far more to offer certain titles in some countries than others. This is why geoblocking has become such an effective method for honouring these copyright laws and agreements. 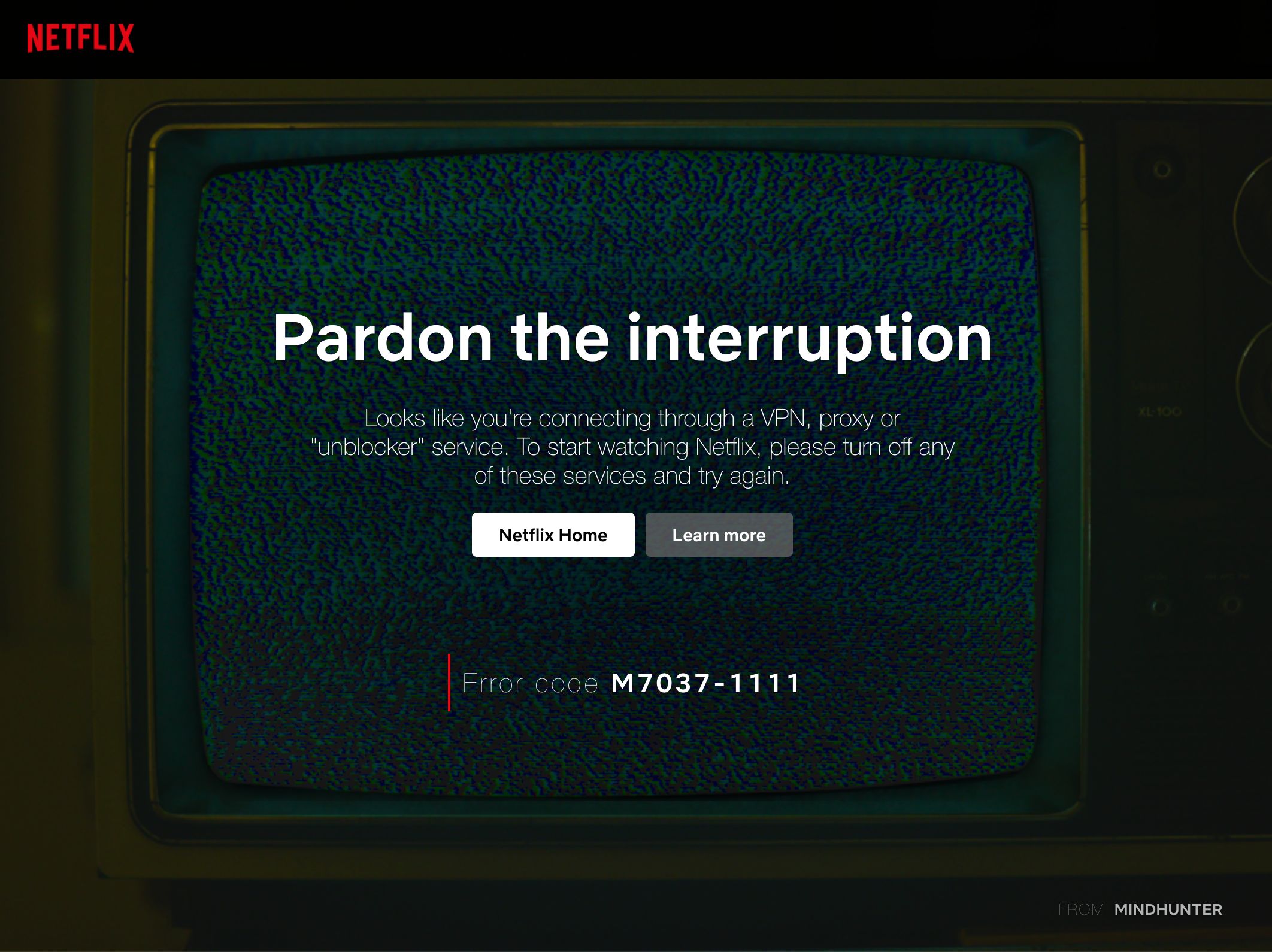 Yet in today’s attention economy, the ultimate goal is to get as many eyes on a piece of content as possible. The more eyes, the more content can claim to be worth in ad revenue.

If you geoblock something that a customer is willing to pay for with their potentially undivided attention, you may be sabotaging a potential revenue stream. This kind of thinking is surprisingly alien to those stuck in the ages of traditional television.

Free streaming — or freedom of speech?

Geoblocking is an inconvenience for those of us fortunate enough to access most content online. In some parts of the world, its use is far more sinister. Governments are even forcibly removing content from streaming services to aid their political agendas.

In Turkey, for example, streaming services were previously allowed to operate outside the country’s censorship rules. But since September 2019, every streaming service will now have to apply for a license that complies with government-enforced internet regulation.

The aim is to inhibit dissent, in all its digital forms.

With a flick of a switch, businesses can willingly convene with oppressive regimes to prevent free access to information.

Geoblocking has no longer become a method for business, but a veiled form of censorship.

Our constant battle for free speech has become more obvious in the digital world. 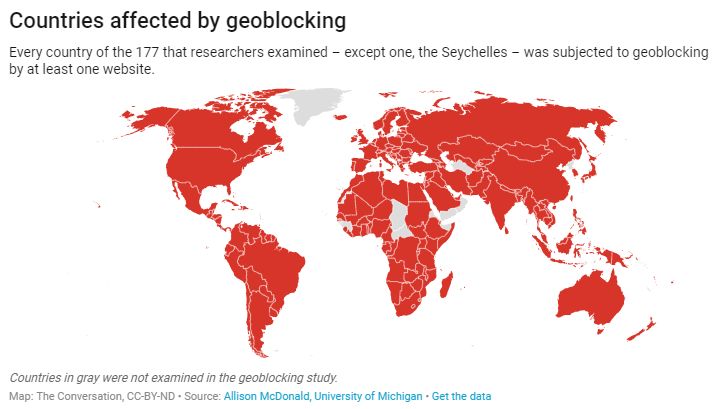 The open sharing of ideas built the privileged world we live in. Companies should be encouraging, not hindering, the flow of cultural and artistic exports around the world.

In fact, this 2018 annual SEC report lists both censorship and “the need to adapt content… for specific cultural and language differences” as a commercial risk for these entertainment businesses.

But more importantly, if we shelter society from alternative or diverse ways of thinking, we risk a cultural vacuum where nothing is challenged or changed.

If censorship had its way, the civil rights movement would never have happened and we may still be convinced that the Sun orbits the Earth.

The BIRD is NOT the WORD 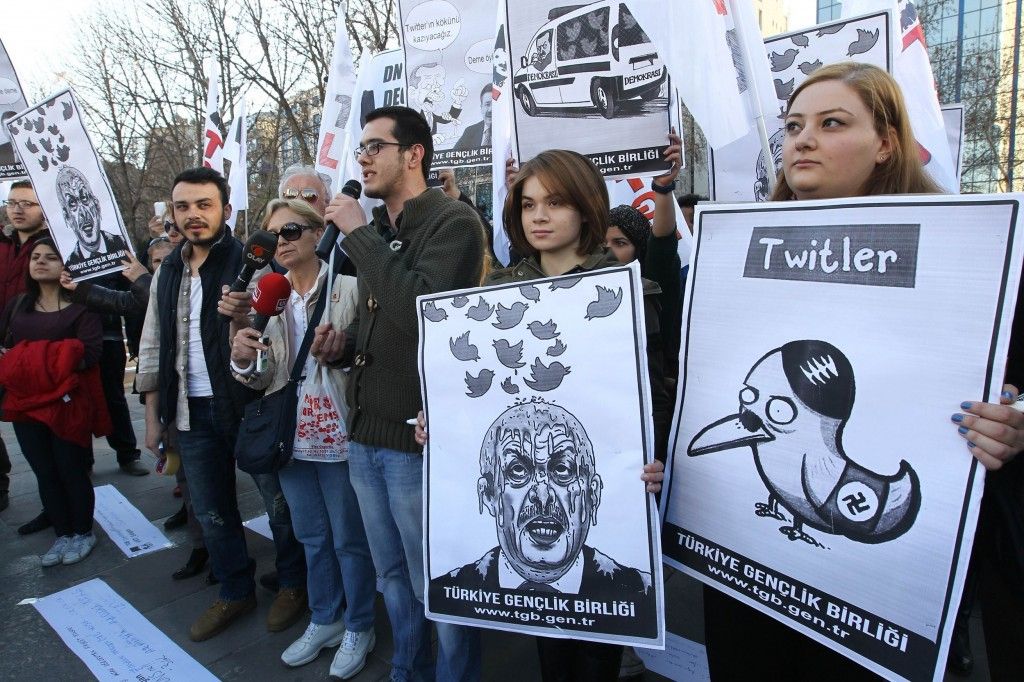 Geoblocking can also serve as a tool of government oppression, putting a chokehold on democracy. A prominent example again is Turkey, where the government demanded that Twitter withhold hundreds of accounts affiliated with voices opposing the current regime.

Similar injustices included blocking Twitter entirely just two weeks before the 2014 general election, and later again in the wake of a coup attempt against the Turkish president.

”We’ll eradicate Twitter. I don’t care what the international community says. Everyone will witness the power of the Turkish Republic.

Situations like these, in many ways, say more about the alarming power of the big media platforms such as Facebook and Twitter than anything else. They’ve become as influential as a utility company.

When paired with an unscrupulous government, the internet’s potential for fostering free, diverse discourse is starting to dwindle.

When it comes to protecting free speech and human rights, the internet has the ability to be the world’s superhero. But censorship of our online tools and platforms is is very much now the kryptonite slowly killing this hope.

Over the past few months alone, we've seen protests in Hong Kong, Russia, and now, Nigeria, hidden from the rest of the world via government-sanctioned chokeholds on social media and the press.

Help us sink the Censorship — the power of the VPN

It’s unlikely that governments and media platforms will support an open internet. If we’re to figure out this mess, our only hope is to find our own ways of circumventing unethical geoblocking and creating an internet that we all deserve.

The world is well aware of this too. In fact, a quarter of the world uses VPNs every month. Looking at the leading markets of VPN usage, Asia Pacific leads the demand.

This is closely followed by countries such as Turkey and Saudi Arabia (no surprises there). Wherever there is high tech and low freedom, demand for VPNs blossom.

In today’s world VPNs are essential for online security and privacy. But the risks that occur with your typical VPN are more apparent than ever.

Doing this adds an extra layer of security and privacy; previously one’s only option was for our identities to pass through a centralized VPN, having them store our information in the process.

This process meant that our identities were, all too often, protected by unreliable security measures.

When you use a decentralized VPN, the service is powered entirely by other web users like you. Each person can rent out their IP address and bandwidth to others in this P2P network and earn crypto in exchange.

Due to its distributed infrastructure, none of your data can be physically stored anywhere, and all traffic that is routed through these personal nodes is heavily encrypted. 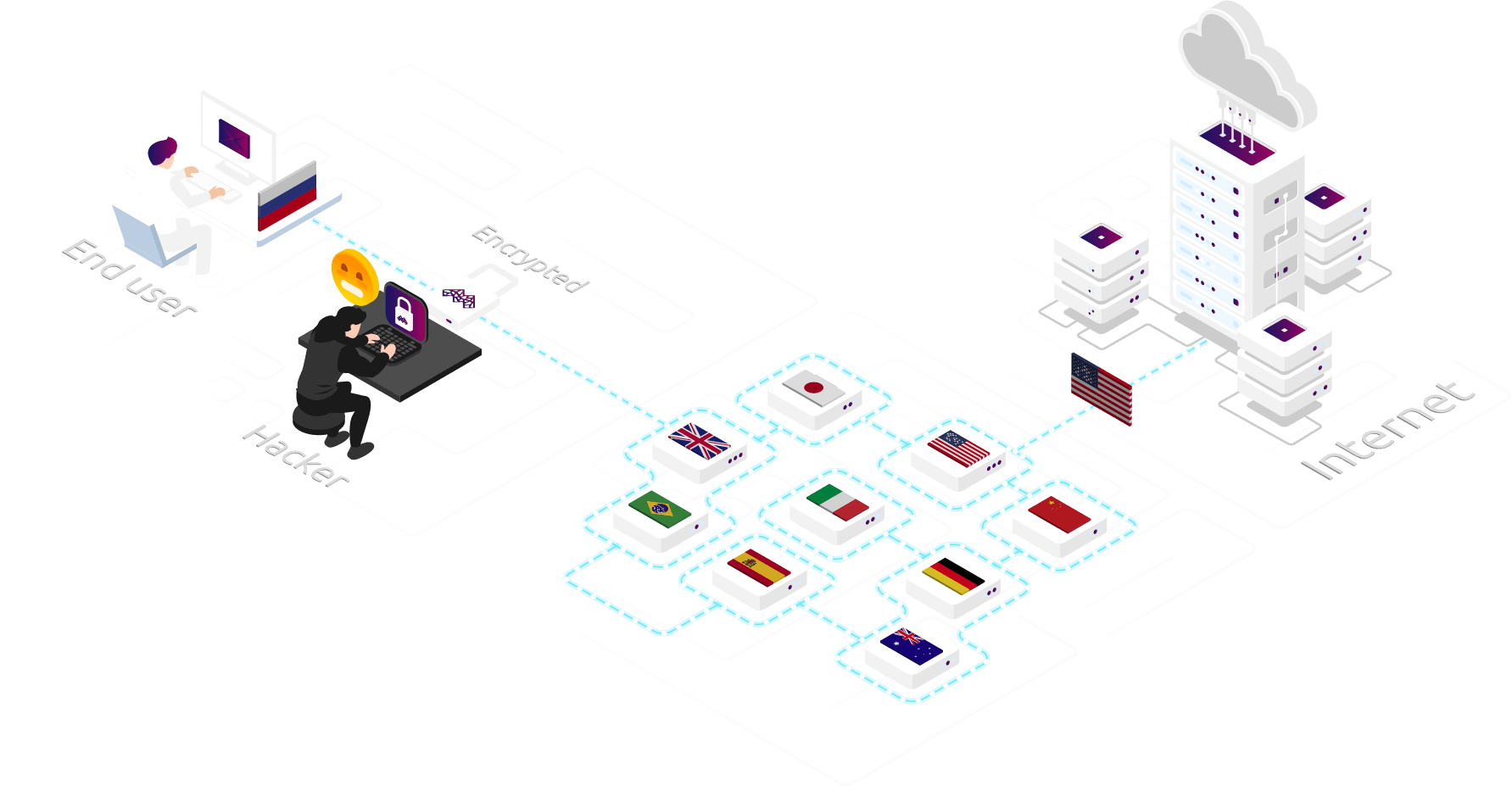 The more nodes that join help increase the network’s speed and efficiency. So by simply offering up your spare bandwidth, you enable fellow Mysterium users to browse freely, avoiding geo-blockers and every other force that quashes a free and open internet.

The more nodes we run, the freer and more private our online lives become. It’s that simple.