Genius.com's New President Is A Good Start But The CEO Needs To Step Down Too 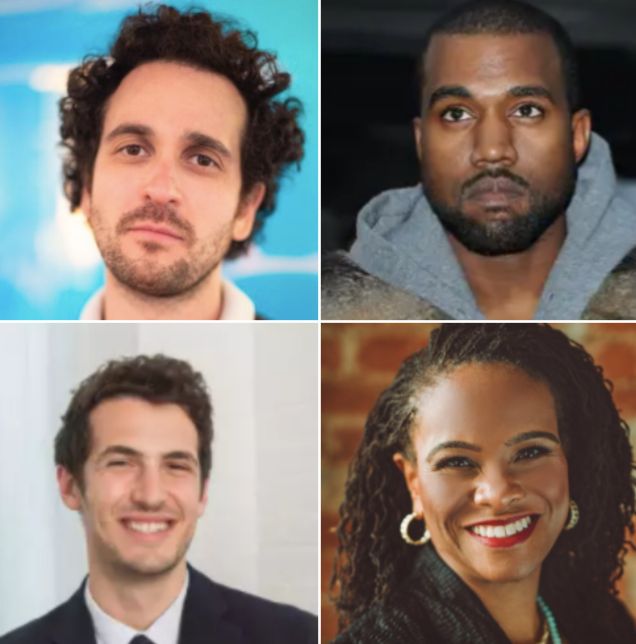 Book a call
with @mahbodmoghadam

The last essay I wrote for Hacker Noon has had extraordinary consequences for the fate of my company, but I am still not satisfied.

It has been nearly a year since the wife of my former Genius co-founder resigned as CEO of The Wing because her staff alleged her racist outlook created a hostile work environment.

Audrey Gelman’s resignation inspired me to write my Hacker Noon article calling for the resignation of her husband, Genius’ former President Ilan Zechory, as well.

At the time I wrote the article, with George Floyd protests going on in every city, I felt a particular urgency; but, my sentiments in the article have been simmering since Genius rebranded to only lyrics and, de facto, returned to the Rap Genius roots of mainly covering hip-hop.

Why, I thought, are two white guys, who know nothing about rap culture running the biggest rap website on Earth?

My Hacker Noon article went viral. I heard that people were discussing it in major newsrooms.

I regret giving it a title that was based on race - “The Genius CEO Must Be Black” - I did it to be polemic; but it still didn’t get my point across completely.

I think the leader of Genius should be someone who is an integral part of hip-hop culture, and has played an integral role in the development of Genius’ community.

Writing that article (kind of) worked!

After the viral shitstorm, Ilan resigned as President of Genius a month after the article came out.

Now, Genius has named Miki Toliver King, who was previously Chief Revenue Officer of the Washington Post, as President.

However, I am far from satisfied.

Ms. King is black, so at least the disgrace of having the two clueless white guys running Genius has been lifted, but she still has no experience, to my knowledge, of working with hip-hop, and she certainly has not played a major role in establishing Genius’ community.

Although I’d be very curious to know how much equity she is getting, my guess is that it’s not much.

Appointing her as President seems to be a ploy to let Genius’ CEO Tom Lehman continue as the de facto leader of the company even though he is utterly unqualified.

However, it’s not good enough for genius.com

Tom was the original coder of Genius, he built the thing. That’s why I wrote in the previous article that he has more legitimacy than Ilan, who basically did nothing.

But here’s the thing: GENIUS IS NO LONGER A TECH COMPANY!

It is a media company and:

Like I said in my previous article, imagine how embarrassing it is when the rappers come into the Genius studio and they see this white loser, like “Hi! I’m Tom! I’m the CEO.” I can’t believe he won’t just resign out of shame.

The funny part is that Genius is trying to copy Ilan’s wife’s strategy - after Gelman resigned from The Wing, the board appointed three co-CEOs for the company, one of whom was black.

Since Genius is based on black culture, they did a 2-to-1.

But it is the same hypocritical fake woke posturing as The Wing.

Tom is a terrible leader for Genius. He is still trying to code stuff that doesn’t take off just to stay relevant, instead of focusing on Genius’ cultural strength.

For the past year, his main focus has been coding Genius Live, which enters the ultra-crowded virtual concert space, competing with Stubhub, Fortnite, etc.

Genius Live has hardly had any acts and I doubt it made any money. And now it looks like concerts are going to be coming back pretty soon, so it was a waste of time.

If Genius had the right leader, there are so many more valuable things we could be focusing on.

The one code-heavy thing Tom could be working on to add value would be anything crypto-related - micropayments to the community, Cameo-type ways for artists to connect with fans, NFTs for rappers’ lyrics - but one of the worst things about Tom is that, even though he’s a nerd coder, he’s hostile to crypto.

I never found a publisher, so the book never came out - but I still made some good money thanks to Tom not giving a shit about his bitcoin.

(P.S. here’s the Google Doc if you want to read it - send me BTC donations, mahbodmoghadam@gmail.com, I’m on Coinbase)

But the most perverse part of Tom staying as Genius’ CEO, even now that it’s focused on hip-hop and not technologically complex, is his own racism.

Tom is a weird dude, and I think he gets a “White Man’s Burden” sicko gratification from running Genius. Tom comes from a freaky environment, his mom loved to tell me that her great-Grandfather was the Jewish slave owner who owned the most slaves in his state.

Her favorite part of every dinner was reminding me of this fact. Every time she told me this, Tom would mumble and groan, but like I’m saying, his family history fits in with his “White Man’s Burden” narrative.

I remember one time getting freaked out when he intimated to me that he would never be attracted to a black woman.

He is the type of person who doesn’t see non-white people as humans. Even with me, the reason he liked me was because he considered me his court-jester; since I was always kissing his ass cause he knew how to code.

When I’m telling you all these awful racist things about my former co-founder, you might ask yourself, why was I working with him?

The entire time I was working for Genius I was 100% sure that we are going to expand beyond rap lyrics. I thought we’re just starting with rap just like Twitter started with famous rappers tweeting.

That’s why I felt it was ok for these quasi-racist dudes to be in charge. I always figured that if we fail and we have to focus on only rap, then we will sell the company to complex.com or whoever and be done with it.

I never thought Tom would be so power-hungry to stay in charge when he has no qualifications.

As I wrote after Ilan resigned, my dream CEO for Genius would be Kanye West. Kanye basically designed the current Genius app, so he is a major part of the site’s cultural heritage.

He’s best friends with Ben Horowitz, the Genius sugar daddy. Kanye could turn Genius into “Y Combinator for Rappers” - a record label with a fair, transparent deal for musicians that could disrupt the shady music industry. He has tweeted about this - Genius is already the perfect platform and community to transform into the YC for rappers.

Every single day I have up-and-coming rappers asking me for Genius interviews - getting interviewed with the “yellow screen” is basically how rappers know they made it.

Why not combine the yellow screen with a record deal? It just makes sense. With Kanye, or Rob Markman, or Steve Stoute, or any of my suggestions for CEO in charge, no rapper would say no to it, just like no founders say no to YC.

If you are reading this, and you are a fan of the Genius community, then please push for the CEO to change as well.

My first article got the President to resign, this one needs to get the CEO to resign. I have a dream! I want the person in charge of Genius to love the site, not just because he built it, but because of what it is.

Related Stories
Subject Matter
Book a Demo. Ship Fast. Rest Easy. LaunchDarkly. by @LaunchDarkly
#promoted
The CEO of my company, Genius, must be Black by @mahbodmoghadam
#genius
Building the Network for the WFH Future by @brianwallace
#remote-work
Introduction to AWS Log Insights as CloudWatch Metrics by @thedigicat
#aws-lambda
$Fil Mooned Right After I Sold It. Am I Weak Hands? by @digifinex
#filecoin
Interchain Transaction Bridge - The Missing Key to Creating Seamless UX in a Multi-chain Universe by @weitingchentw
#bitcoin
Nothing Can Stop Bitcoin, Not Even Governments by @ras
#bitcoin