From Graduating College to Raising $1+ Million Dollars in 9 months 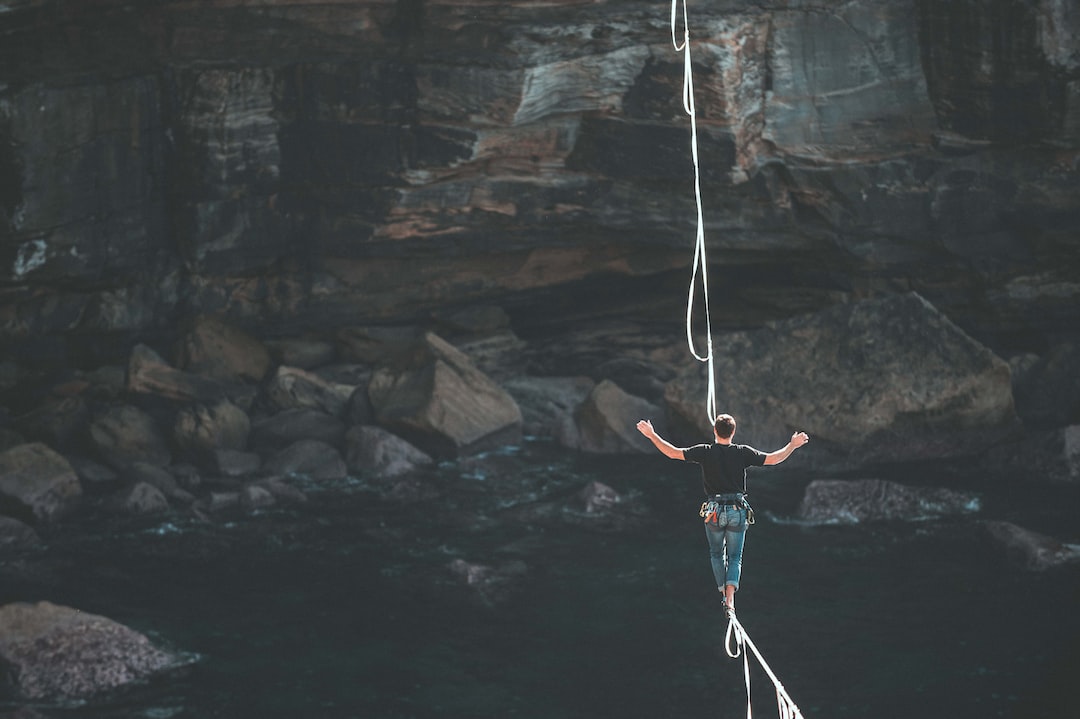 I was studying Mechanical Engineering in my final year at college in the UK when I joined my roommate and his friend in building an app called Cluttr they started developing in the Summer of 2017.

We were trying to solve everyday roommate issues such as chore delegation, group calendar, bill tracking, instant messaging and even a house board. It ended up being a control center for roommates but also very feature full ... If there was a feature you can think of for roommates we probably added it.

After graduation, we took our first big leap of faith. We went full-time on this idea with little to no savings and rejecting full-time offers from Cisco and Nextdoor. So how did we survive? Our co-founder Boateng accepted his Google Internship offer over the summer so that he could pay for us to survive in the UK for at least 4 more months. Bear in mind, this is money he would typically give to his parents. He sent us $1500 each to get through the summer. Our runway was essentially non-existent.

Apple gave us some recognition on the New Apps We Love tab which was generating 200-300 downloads a day for about a month. So with the combination of running out of money and the sudden growth, we thought it was time to apply to an accelerator.

Then Apple decided to promote us from New Apps We Love to App of the Day. There are pros and cons to being on App of the Day but either way we obtained 3,000 downloads that day alone. 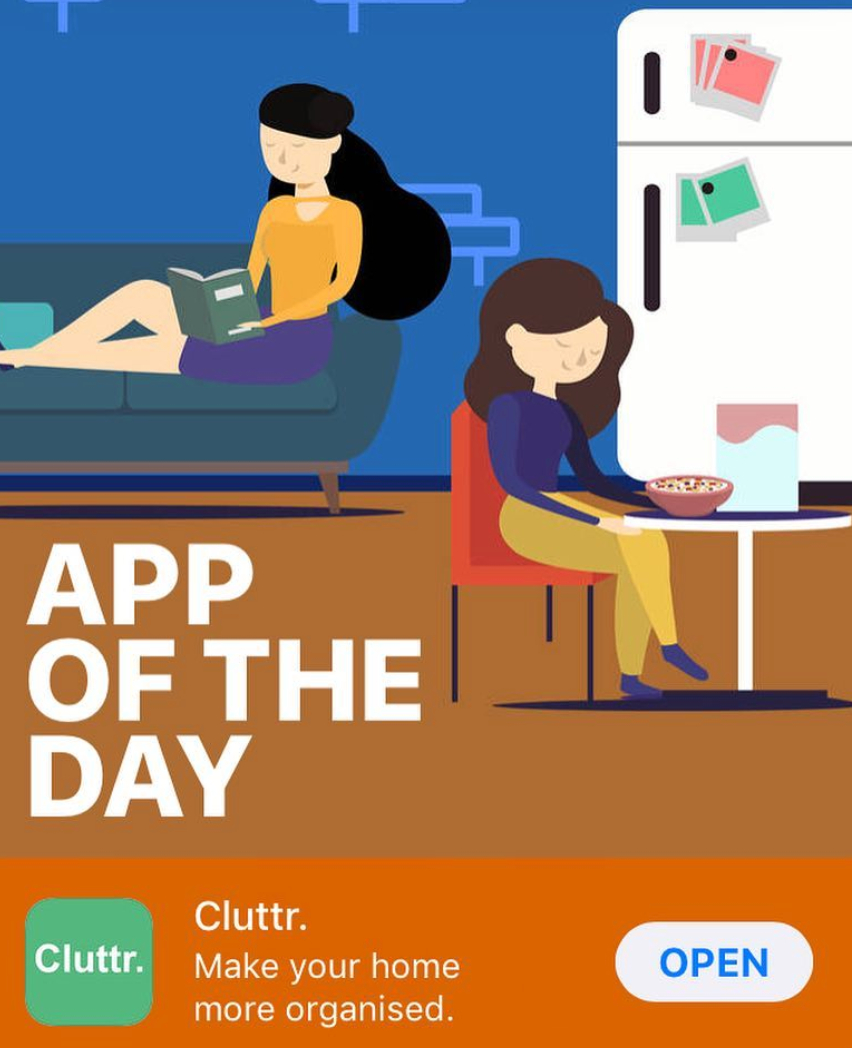 We applied to a few accelerators with our improved metrics and heard back from most. Many rejections. We had however not heard back from Y-Combinator. Then we did and well after an interview in Mountain View California … we got in.

I would attribute us getting the interview to the following 3 reasons:

1. We have strong backgrounds in tech with internships and job offers from the likes of Google, Nextdoor and Cisco.

2. We never let them think we needed them to do well and it was clear from our metrics that it could be a mistake if they didn’t give us a chance in that batch.

3. We did YC Startup school during the months leading up to YC where our mentor advocated and ended up recommending us.

This got us an interview and it went well. Having done over 15 mock interviews with YC alumni so we knew our weak and strong points going in. If you wish to learn some more about our application process let me know in the comments.

Getting into YC changed our mindset on a few things.

1. We were reminded that our current business model was not clear.

2. We were not building our rocket ship idea.

Welcome to second leap of faith. On our flight to the US to start YC, we pivoted. It wasn’t a random pivot. Our new solution would solve the two concerns I mentioned above, and so Cluttr, transformed into YSplit. We were in YC with the best and brightest network of founders in the world, if there was any time to build a rocket ship it was now.

The beauty of the pivot was that we never changed the market we were entering. It was always solving problems for roommates. The key insight that sparked the pivot was the financial and relationship issues that came from being owed money by roommates. We were inspired to fix this because while building Cluttr we too were experiencing these pains. Our current solution was not solving this issue, but no one else was either.

It is important to note that we now had jumped to having $0 in our bank to $150k and we had now moved from rainy South West London to Sunny Sunnyvale in Northern California.

12 weeks of YC came and went very quickly. Here is a summary of our experience. Week 1-2, we built and shipped v1. Week 2-5 we worked on building a user community for improving v1 while manually acquiring users. The weeks following were a combination of growing our weekly GMV by 7% and getting us into a position where we were able to raise a pre-seed round post demo day.

Working on a cycle plan with Myself (Landon Vago-Hughes), Tunde Alao and Boateng Opoku-Yeboah in our temporary Sunnyvale home.

Demo day came. The best way to describe it would be fast-paced. I didn’t stop talking to potential investors for a minute.

Getting answers to these 2 questions meant I could leave conversations very quickly and find investors who were worth the precious time we had.

The script was secure and I would adapt it based on what I felt was working and remove what I felt wasn’t. Real-life A/B testing if you would. After the event, we have over 100 investors who we needed to follow up with and 3 investments secured.

Everyone was very tense. 200 companies in the span of 2 weeks trying to secure +$1MN in investment can be chaotic. We luckily had leverage. Pre-demo day we had raised $200k to get the ball rolling. It helped that we had at least 1 reputable angel in your arsenal to use as leverage when talking to the others.

Not all our investments came from this day and this was just another reason how YC played a crucial part in our fundraising adventure. Everyone was motivated to sharing and introduce everyone to each other,

Hey I know we (YSplit) might not be the best fit for you but have you heard of X?

It was true comradery. Without these investments, our company would not have much time to figure out how to achieve product-market fit. I’ll make another post about our fundraising strategy as a pre-seed company.

The dust had settled and 4 weeks after demo day we had secured just over $1million in investment for our pre-seed round. No institutions, only angels. A lot of Angels but this to us was optimal.

Raising from institutions this early on did not make sense for us. Giving up board seats and with a lot of pressure to hit certain KPI’s would most likely force us to make rushed decisions. As first-time founders, it would have been easy for us to be naive and listen to everything they had to say. We were also just not ready for it. We did not need to hire and we did not have hockey-stick like growth in our market yet. Dave Bailey's writing summarized our thinking at the time.

"Every successful founding team I know has had to painfully learn the basic skills needed to build their ideas themselves. This includes how to design, develop and sell their idea, and a need to raise money early is often due to a lack of these skills."

The full post can be found here. We wanted to learn all the skills we could to stay as lean as possible. A list of skills we have acquired includes graphic design, video editing, and writing. To this day we are still a 3 man team. Our inspiration to grow our company this way can be attributed to Instagram who had ~10 employees when they got acquired by Facebook. With 30,000,000 users, that is a 3,000,000:1 users per employee ratio.

It was scary to think about how far we came in 9 months. If you told me 9 months prior that I would be living in San Francisco, working on a rocket ship with Paul Graham as an investor I would have laughed out loud. I would not be surprised if someone told me where I would be in 9 months. A huge amount can be achieved in 9 months.

After completing YC, our partner Dalton Caldwell released a video called How to create luck:

This video is a perfect resource for this article for anyone who is in their dorms at college right now building a product they believe can benefit the world.

I would attribute us getting to where we are now because we increased our chances of getting lucky. This is not to say we are not the best at doing this, but we have had our fair share of luck over the past 9 months.