Freedom, Kant, and Why You Should Flush Your Smartphone Down the Toilet 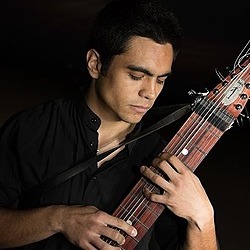 You are free to do as we tell you

Our general understanding is that we are free when we're able to do what we want. Pursue your dreams, be yourself, follow your bliss, and Do-You are all maxims that correspond to this view of freedom. Today, we take this vision to an extreme. In our age of abundance and easy access to information, products, and services, getting what we want is easier than ever.
As a consequence, we're supposed to be freer than any time in history. But this is not the case. This superficial understanding of freedom masks the fact that, in a hyper-connected world, we're every day less in control of our desires and, hence, our decisions.

Doing what you want is not freedom

For Kant, doing what you want is not freedom, because what you want is ultimately determined by agents other than yourself. In the old days, religion and belief systems established your desires. Later,  mass media, propaganda, and grand ideological narratives replaced tradition. Today, what we want is mostly shaped by targeted advertising, algorithmic curation of content, influencers, and the self-help industry. Kant's concept of non-freedom is especially relevant in the era of targeted advertising and algorithmically served content. In this tsunami of information, we've lost the space to reflect on where desires come from.

For Kant being free implies not doing what you want, but doing your duty. Duty not in the disciplinary sense, but rationally following your consciousness. A free act is a rational one that aligns with Kant's Categorical Imperative: "Act as if you wanted your actions to be a universal law." Desires do not determine this free action.
I won't go deeper into what this idea of freedom implies, or what constitutes a free action in itself if such a thing is even possible. I think it's not, as free will requires a self than is capable of freedom. The more we understand how the human mind operates, the less we can pinpoint where the self lies. The ego is an illusion, and as a result, freedom is an illusion, as well.
Nevertheless, the idea of free will is still a useful framework for how we operate in the world. So I leave it to you to think about what following your consciousness means. I intend to put forward the idea that doing what you want does not constitute freedom.

The need for mental space

Whatever a free action is, there's one sure thing: To act freely, we require mental space to be able to separate our inauthentic desires from our consciousness. Mental space means having time to reflect and a relative absence of stimulation. This space allows us to process our thoughts and emotions in a way that decisions and actions we derive from them both make sense and feel right.

What does this have to do with my phone?

Smartphones have changed the way we engage society, as in that light, are changing individuals and the course of history itself.
One way they change individuals is by acting like enormous obstacles to free action. The physical attachment with your phone, or any wearable device that continuously interacts with you modifying your conduct, eliminates the space needed to reflect on your actions, motivations, and attachments. Smartphones occupy all the dead time we need to mature ideas.

Smartphones have replaced T.V. as the mass behavior machines, and the extent of their reach is far beyond that of the tube. Not only we don't separate from them, but the targeted content gives it a mask of individuality that makes it even more effective as a mass behavior tool.

Flush your phone down the toilet

Getting rid of your smartphone has other benefits besides freeing your thoughts and opening up creativity. The link between social media, anxiety, and depression is a fact. So you'd make your health a favor if you struggle to keep these at bay. There are even monetary benefits as you'll probably engage less with compulsive online shopping and mindless spending.

But I need it for work!

I know you're thinking. But what about all my apps? I need them for work and networking! I'm not telling you not to use these technologies. Forcing yourself to disengage them would indeed be a form of not being part of this historical time, and inauthentic as well. All I'm asking is for you to break your bodily attachment to it. That's the first most crucial step to free your mind.
Besides. Are you even engaged in quality content? Do you need to see yet another selfie, brunch pic, or rant? Are these people that important to the world? They're not. Also, do you need to read the email or message right now? Are you that important to the world? You're not.
Free yourself from all this digital excrement and flush this electronic i-turd, or whatever you own, down the toilet.