Evolution of Multiplayer Software: From Games to Tools ⚡ 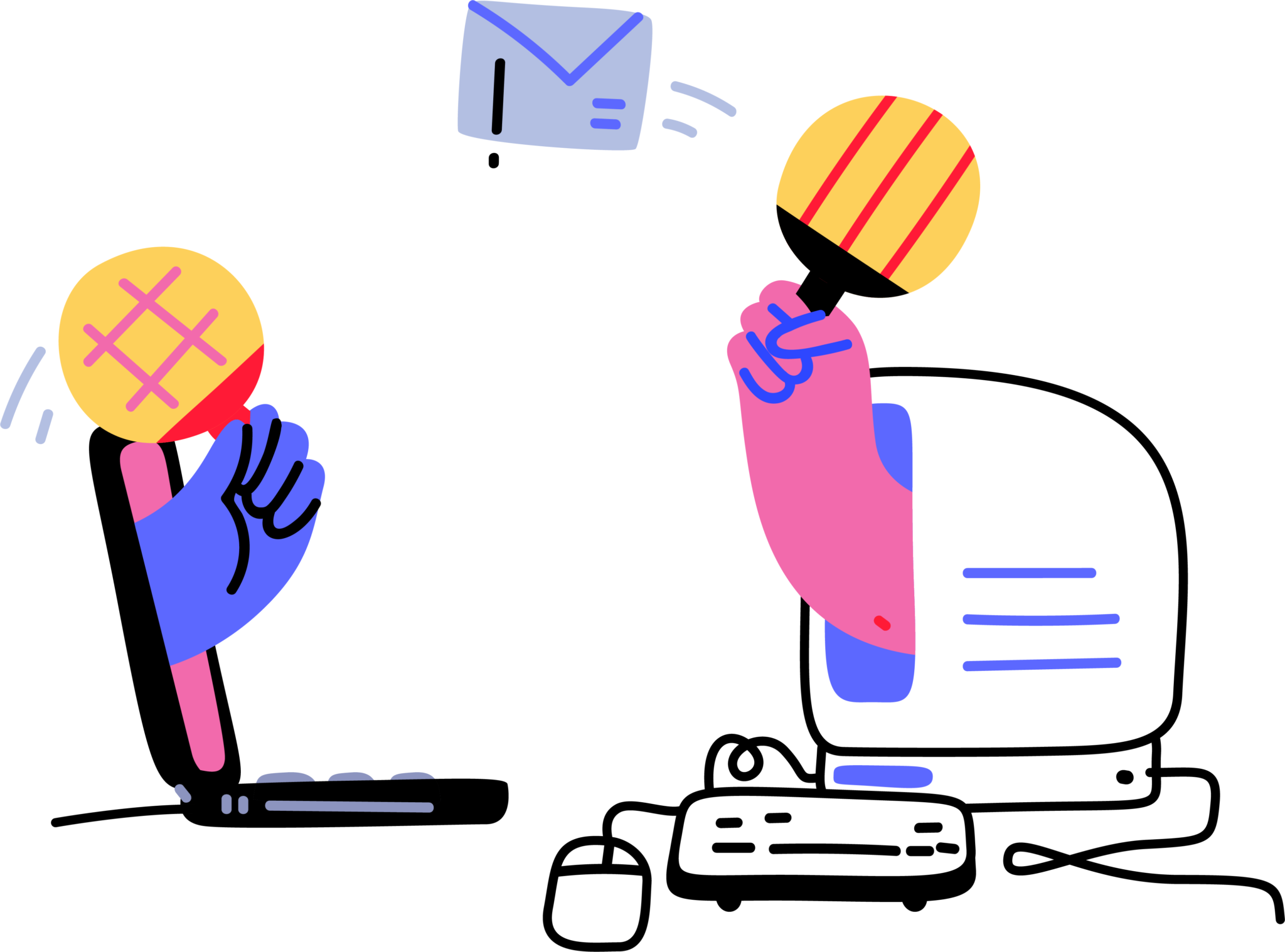 Have you heard the news? Epic Games, the developer of a wildly successful multiplayer game Fortnite, has just announced a massive $1.78 billion funding round. Want to know what it has to do with collaboration software?

In this article, we wind back the clock and explore this unusual relationship:

If you’re itching to find answers to these questions, let’s buckle up and dive in.

What Are Multiplayer Games? 🎮

In a nutshell, multiplayer games provide the environment, interface and technical infrastructure that enable two or more players to participate in the same session of a game.

While most modern games leverage synchronous, real-time gameplay, some multiplayer titles can be played asynchronously, e.g. through a turn-based or “hotseat” system. 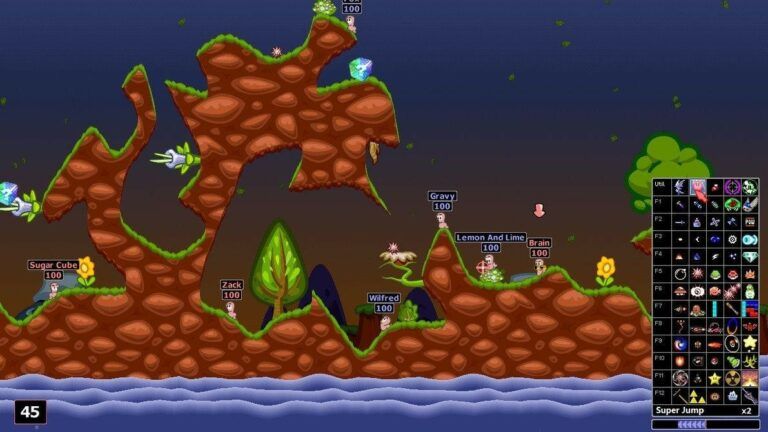 Multiplayer mode is usually implemented as:

One thing to note is that the essence of multiplayer is not really about playing games at the same time but rather sharing the experience and interacting with other players.

The Humble Beginnings of Multiplayer Mode 👾

Disputes over “which game was the first?” or “who developed it?” are
staples in geeky discussions around the web. The same is true for multiplayer games.

On the one hand, we have titles like 1972 Pong which was the first multiplayer game to hit the consumer market. On the other, there’re projects like William Higinbotham’s Tennis for Two which introduced multiplayer gameplay as early as 1958 (!).

Unless gaming historians reach a consensus in that regard, we should better look for the origins of multiplayer mode elsewhere.

Before video games became a thing, people would gather around their
favorite board games and spend hours rolling the dice to their hearts’
content. But gathering several people in the same time (and space) was
often a nuisance so players started using snail mail to kick things off.

One of the first play-by-mail games was 1954 Diplomacy by Allan B.Calhamer, a strategic board game for 2-7 players set in pre-WWI Europe. The game leveraged communication and collaboration elements and
required players to coordinate their actions with each other. 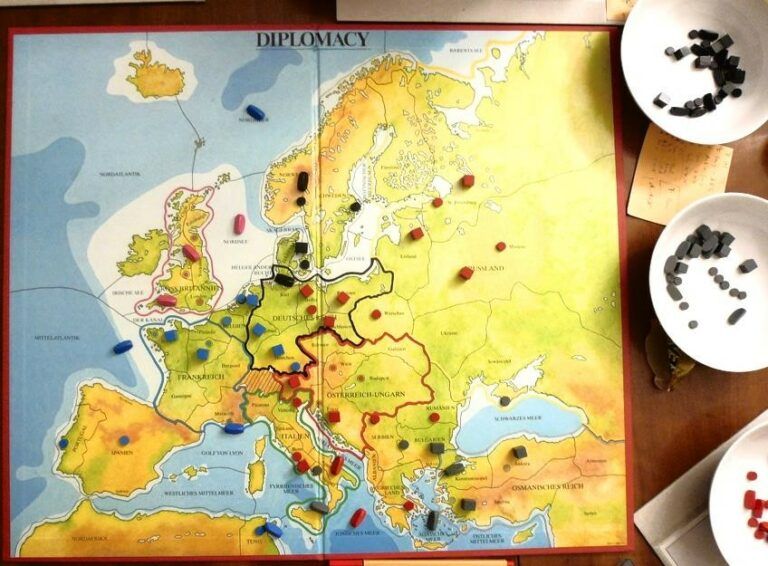 A game of Diplomacy via Haoran Un.

In a sense, Diplomacy’s play-by-mail multiplayer was similar to analog collaborative writing or co-authoring where writers would work on a text together and mail bits of it to and fro.

In 1960, professor Donald Bitzer of the University of Illinois created PLATO (Programmed Logic for Automatic Teaching Operations). An Army-Navy-Air Force subsidized project, PLATO was a terminal-based educational system that ran on universities all across the U.S.

The capabilities of Bitzer’s system were impressive. PLATO terminals let teachers and students create and participate in multi-discipline educational courses, communicate via chat (called Talkomatic) and share
notes, among other things.

Video games were the next natural step in its evolution.

In 1973, John Daleske, a student at the Iowa State College created Empire, one of the first fully-fledged multiplayer games. In Daleske’s own recollection of the events:

“(Empire) started out as a final project for an education class I was taking at Iowa State University, Spring Quarter of 1973. It evolved over the course of many years providing the base and inspiration for many spin-offs including Xtrek, Netrek, Conquest (PLATO), and Galactic Attack.” 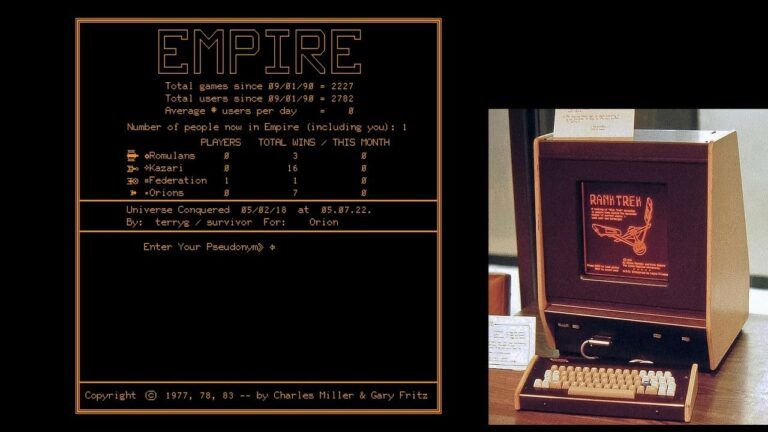 Empire IV opening screen with a PLATO V terminal on the right via John Daleske.

Empire IV multiplayer sessions could handle 30 players (one ship per player) in four teams at the same time, all connected to a host system via PLATO terminals.

Another interesting PLATO title was Spasim developed by Jim Bowery. In the words of its creator, Spasim was “the first multiplayer online game (MOG) with 3D,” which put it just behind Daleske’s achievement the previous year.

To some extent, Spasim followed in Empire’s footsteps and included similar game design as well as team-building mechanics. The game took advantage of the Talkamatic chat and stressed the importance of teamwork as teams had to manage resources and control planets.

“Date-wise, it was Autumn 1978. The game was originally little more than a series of inter-connected locations where you could move and chat. I don’t think it was called MUD at that stage, but I’d have to ask Roy to be sure.” 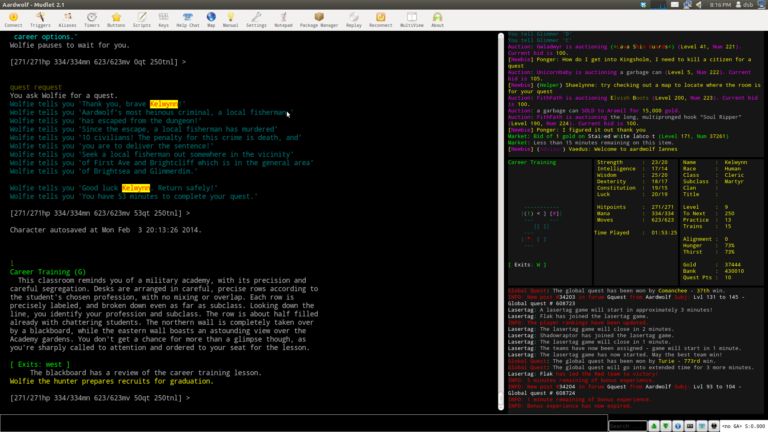 Trubshaw and Bartle’s game “lived” inside the University of Essex network and let players explore the entirely text-based world full of dungeons and monsters and attain the end-game goal of becoming a Wizard.

On paper, MUDs were similar to traditional board games. They involved role-play, randomization (similar to dice throws), in-game communication among players, collaboration, exploration and several other multiplayer mechanics.

It wasn’t long before multiplayer games emerged from a niche market and went mainstream. When titles like Unreal Tournament (1999) and Quake (1996) rocked LAN parties around the world, another (quiet) revolution started to unfold.

Beginning with 1991 Neverwinter Nights and Ultima Online six years later, developers turned their attention toward the Internet. By 2002, online gaming exploded, in part thanks to services like GameSpy, Blizzard’s
Battle.net, Steam and Microsoft’s Xbox Live. 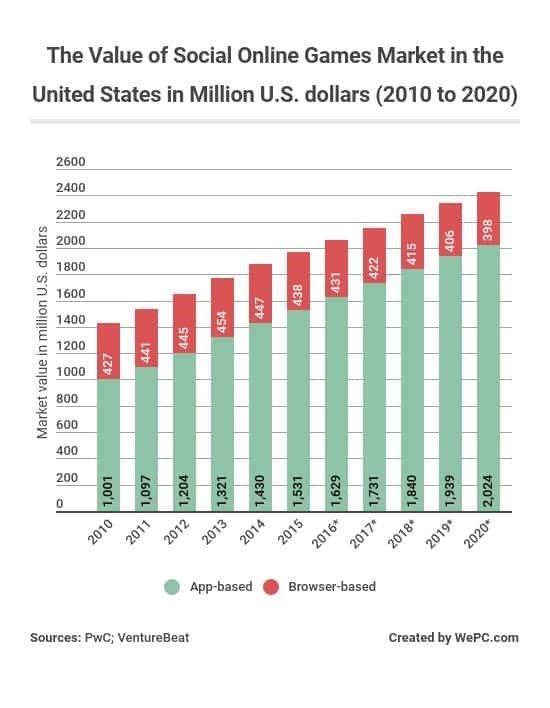 These days, oldies like World of Warcraft, Team Fortress 2 and Rune Scape have been joined by casual “battle royale” games represented by Apex Legends, Fortnite, PUBG and Rust, just to name a few.

Yet, despite changing user preferences and technological advancement, the core mechanics of multiplayer mode remain mostly unchanged. The thrill of the competition, spirit of cooperation and allure of social interactions are the reasons why we love spending time online.

But multiplayer mode isn’t only the domain of electronic entertainment.

Now that remote, real-time collaboration has become a focal point in
collaboration software, we should wind back the clock and find out where
it all started.

So, when did video games and collaboration software cross paths?

“The Mother of All Demos” 🥚

The early bird presentation of multiplayer mode for non-entertainment applications happened in 1968 during what’s known today as “The Mother of All Demos.”

The 90-minute presentation took place at the Computer Society’s Fall Joint Computer Conference in San Francisco. It showcased the capabilities of the NLS computer system designed by Douglas Engelbart from Stanford Research Institute.

During the demo, Engelbart showcased several groundbreaking features, including:

The real-time collaborative component was way ahead of its time but
Engelbart’s show paved the way for real-time multiplayer collaboration.

After an uninspiring romance with enterprise-grade Lotus/IBM Notes (1984), there was little true innovation in the collaboration space.

That is until 2009 when Google announced one of its most ambitious projects to date.

While email turned out to be a great communication tool, it didn’t (and still doesn’t) pan out for online collaboration. To find a better way for teams to get work done together, Google engineers Lars and Jens Rasmussen set out to answer one important question:

“What would email look like if it were invented today?”

The Rasmussens wanted to create a multiplayer collaboration platform that would unify teamwork and communication and simplify the process as much as possible.

“It’s concurrent rich-text editing, where you see on your screen nearly instantly what your fellow collaborators are typing in your wave. That means Google Wave is just as well suited for quick messages as for persistent content – it allows for both collaboration and communication. You can also use”playback” to rewind the wave to see how it evolved.” 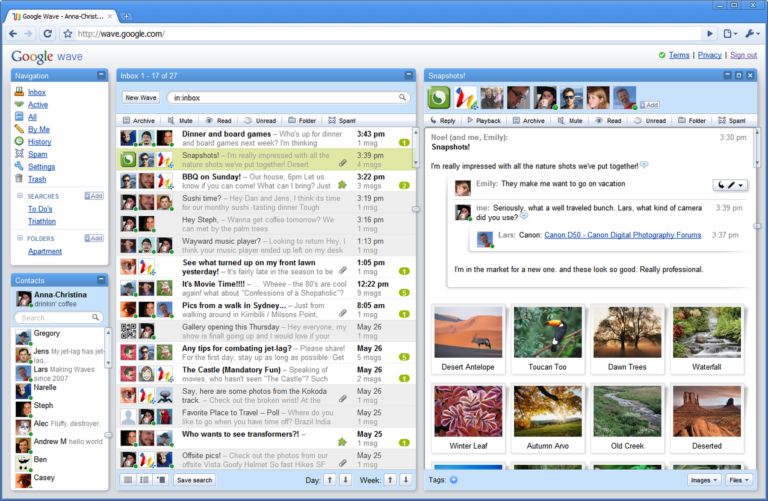 Long story short, after a fairly successful launch at Google’s 2009 I/O conference, Wave started hitting roadblock after roadblock. The platform’s multiplying problems, including poor marketing, inability to scale the infrastructure and lack of vision for the product, effectively stifled its growth.

Although Google pulled the plug on the project in 2012, Wave became the first mainstream attempt at implementing real multiplayer mode in collaboration software.

Jump over here for an in-depth analysis of Google Wave’s story. 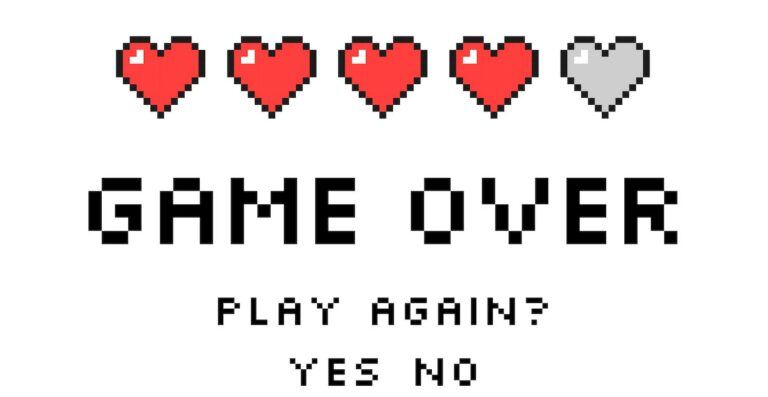 In games like CS: GO, effective team-communication is often the difference between winning and losing. As observed by a Team Dignitas blog user:

“Communication is an essential skill in the game of Counter-Strike; it is generally used for coordinating strategies, informing teammates of valuable information and enhancing team play/coordination (…).”

The same is true for professional multiplayer software.

Whether it’s a basic chat functionality, video conferencing or the ability to make calls, most modern collaboration platforms (like Taskade) make communication, and with it the social experience, the essential elements of effective teamwork.

The role-play mechanics may have originated from board games but have since earned a rightful place in the world of electronic entertainment. So much so, the entire genre of MMORPG (Massively Multiplayer Online Role-Playing Game) is one of the most popular types of multiplayer games around.

The two key drivers of MMORPGs’ popularity are social interactions, player/world progression and, well… role-play! The ability to assume different roles and responsibilities and coordinate those roles with those of other players make for some very compelling experience.

This mechanics is no different from user roles and permissions in modern collaboration software. For instance, in Taskade, users can be assigned roles such as:

Each role comes with a unique set of permissions and “abilities” to
either actively change the course of events or just passively observe
the “gameplay” unfold.

With the significant increase in the processing power of mobile devices, the world of multiplayer games has moved beyond PCs and consoles.

In simple terms, cross-play functionality means that users can enjoy one multiplayer session of a game together, even when they’re playing on completely different devices. 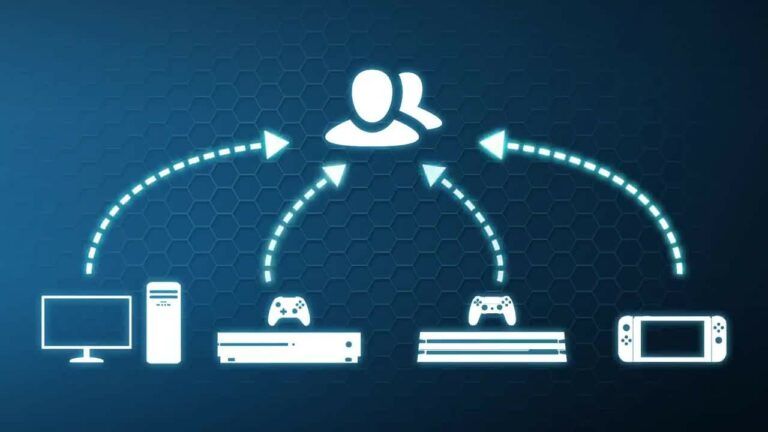 Here are a handful of examples:

Cross-play is also nothing new in collaboration software.

Major collaboration platforms like Google Docs and Office 365 let users work, chat and interact with each other regardless of the device they’re using. The cross-platform experience makes modern collaboration software more flexible and removes many workflow bottlenecks.

On the surface, saving in-game progress may seem like a domain of single player or co-op, local games where players advance in a synchronous, linear way. But some multiplayer games, like Eve Online, offer what’s known as a persistent world.

According to Richard Bartle (yes, the same guy who co-created MUDS1) persistent world “continues to exist and develop internally even when there are no people interacting with it.” 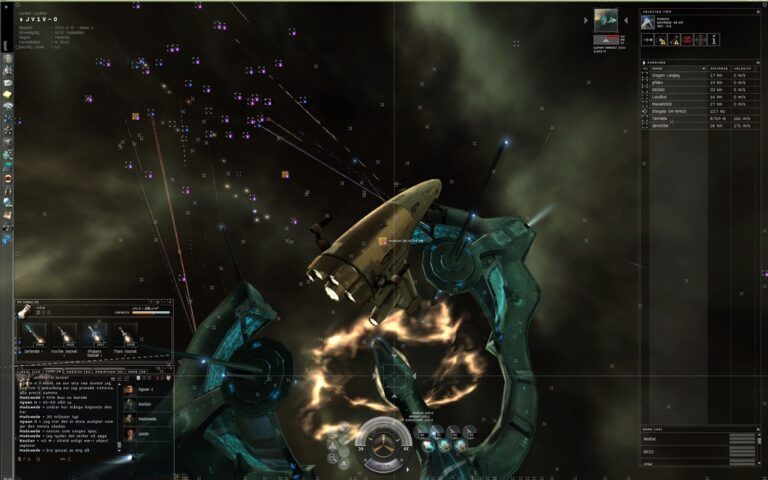 A Battle in Eve Online via CCP Games.

A persistent world is essentially a less flexible counterpart of version control or editing history in tools like GitHub or Google Docs.

When you edit a document or code in the cloud, the changes you make will stay there for good. That is until another team member decides to tamper with the project. In a sense, the online “world” changes after you close the editor, but features like version control let you restore its previous state from a certain moment in time.

For many, the allure of multiplayer video games lies in social interactions. Whether it’s assembling teams, building guilds or competing with friends, the collective experience is enough to warrant hundreds or even thousands of hours spent in online worlds.

While you can technically “solo” games like World of Warcraft or Guild Wars 2, the real fun begins when others join in. Not only does co-op let you explore larger chunks of in-game content, but it simply makes a game
narrative much vibrant. 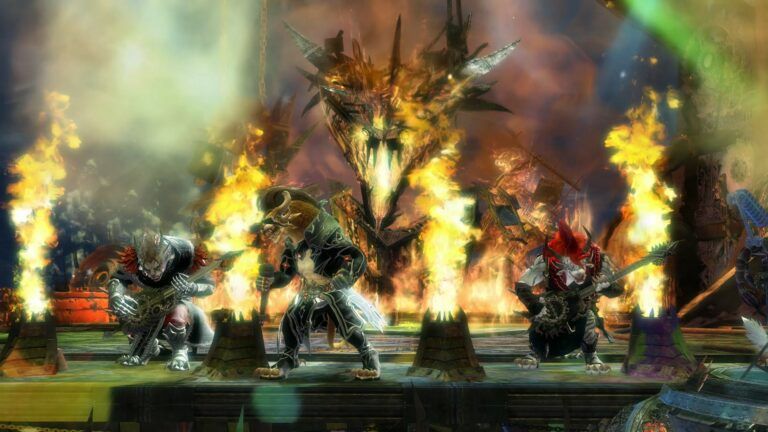 Team-building activities are also a staple in the professional space. Teams with strong internal culture, a spirit of companionship and solid track record can communicate, collaborate and coordinate work more effectively.

If you’re looking for more ways to engage your remote employees, check our article on the Digital Ikea Effect for some ideas.

Big things have unexpected beginnings. The world of collaboration
software owes a great deal to enthusiast developers who pioneered, if
only through curiosity, multiplayer games.

They combined communication, collaboration and coordination long before it was cool.

collaboration software is still very much in the process of change. While perfecting the user experience is going to take a while, here at Team Taskade we’re proud to be part of this (r)evolution.

Team Productivity Doesn’t Have to Suffer When You Go Remote 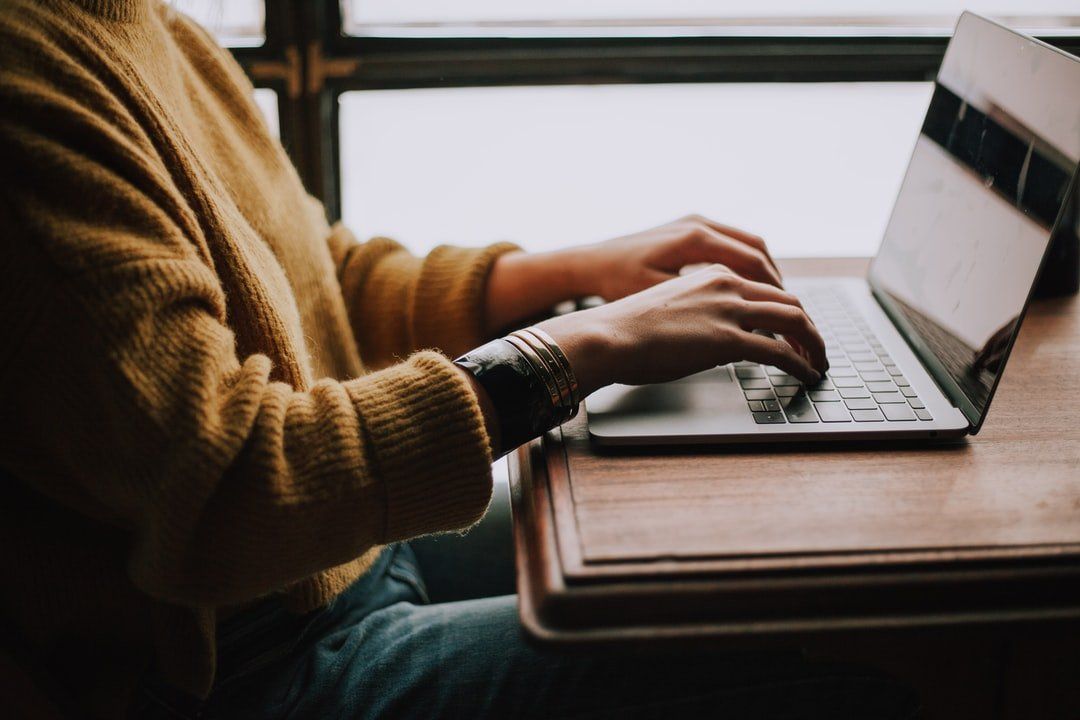