That sentence feels awesome — and a little crazy — to write. The public reaction to Etherbots has been unreal since our launch. Players have bought over 1100 robot crates. The discord is thriving with users already hooked on perk trees, legendary Etherbots they received, and suggestions for tournament battle modes and wagering. We’ve even had users spend hours making game guides and beautiful infographics for fun. (The only downside is we’ve heard is how addictive the crates are to open). We’re iterating the contract as fast as we can to make the game insanely amazing and gorgeous.

We have some incredible fans. ❤

I remember seeing CryptoKitties’ success a few months ago, when a Gen 0 “Bug Cat” sold for 131 ETH (then ~$60K USD). It seemed an absurd premium to pay for a set of layered images generated from a random string. But I didn’t realise two things. First: scarcity is a powerful force. And if that scarcity is immutably guaranteed by thousands of computers across the world, it becomes very powerful indeed.

Secondly: up until now, users never owned their data, whether it was characters in computer games or information online. The idea of complete ownership of digital assets — being able to trade, send and use them at your whim and with no external control — is a fundamentally revolutionary one. The innocuous game about collecting cute kittens heralded an important social message: decentralised and trustless ownership is here, and it’s here to stay. It’s cheaper, immune to fraud or database errors, and gives you full autonomy — always. The popularisation of these tokens through games like CryptoKitties and Etherbots is not a fun gaming niche, either; it marks the beginning of tokenisation everywhere.

We have the utmost respect for them (and use the ERC721 token they standardised), but ultimately CryptoKitties did it half right. It’s a beautiful proof-of-concept and a great collectible, but it lacks meaningful gameplay and competition. What use is ownership if you can’t do anything with it?

Etherbots has both in spades. Battling takes into account the level of your robot parts, their rarity and their element, but it also takes into account strategic moves you input which can drastically affect your chances against a tough opponent. Investing in a tree vertically can empower one move in comparison to others; allowing you to dominate — or even trick your opponent into thinking that you’ll use it!

We want the user experience of our game to be a magical one. We want them to know the robot they own is special and unique to them (which isn’t hard with over 2 million possible robots). And we want the decisions they make in the game to be important — rather than a cosmetic for a battle functionality which is ultimately a random outcome.

But that’s enough talk. Check out some of our users finest crate openings below, or get your own at etherbots.io. 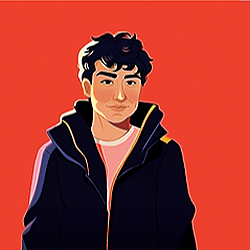