Special thanks to Signia’s Alex Lloyd George, who coauthored this article.

Ever since Bonobos started shipping men’s pants that fit just right in 2007, direct-to-consumer (D2C) startups have infiltrated every part of your bedroom, bathroom, makeup routine, and closet. A decade later, D2C brands are no longer nipping at the heels of CPG giants — they’re either teaming up with them or becoming them. Bonobos co-founder Andy Dunn is at the heart of the braintrust Walmart has assembled to take on Amazon, and Warby Parker, Casper, and Dollar Shave Club are billion-dollar brands.

A recent study found growth in most consumer categories has shifted to brands that have cultivated direct consumer relationships. That’s one reason why talk of “unbundling P&G” doesn’t seem ridiculous; and why General Catalyst Managing Partner Hemant Taneja believes we’ve reached the “end of scale.” Within the world of CPG, we’ve reached an era in which small is superior.

Not all D2C disruptions are created equal, however, and the differences among them are critical to their prospects in the long term. I think about D2C disruption in two ways: supply-chain disruption and brand disruption.

Supply-chain disruption is when startups use the distribution and exposure advantages of the internet to deliver a more convenient product experience at lower cost.

Dollar Shave Club is a classic example: it took a poor customer experience — going to CVS and paying out the nose for a five-blade Gillette razor that has to be fetched from a glass cage by the store associate — and made it cheap and easy via an affordable monthly subscription.

Internet-based platforms that emerged in the last decade made this possible: Dollar Shave Club didn’t need to compete with the likes of P&G for precious drugstore shelfspace — the internet has infinite shelfspace. AWS made it easier than ever to host and scale a website. Founder Michael Dubin didn’t need to spend tons of money on television or print ads to make your potential customers aware of his little enterprise — instead, he could just spend a few grand on a release video that went viral on YouTube (though to be fair, there’s no way to guarantee virality). These new channels enabled Dollar Shave Club to follow a new business model that greatly simplified the front end of the supply chain, cutting out the drugstore intermediary and reducing friction for the customer.

The other principal kind of D2C disruption is brand disruption. This is when startups use internet platforms that revolve around content — such as social media and blogging — to create a more multidimensional brand experience that creates super-engaged customers and a devoted digital community.

The standout in this space is Glossier. Glossier was the CPG butterfly that emerged from the caterpillar that was founder Emily Weiss’ Into the Gloss beauty blog. Originally launched in 2010, the blog was drawing 1 million unique visitors a month by the time Glossier shipped the “Balm Dot Com” face salve in its first line of products. Into the Gloss provided a willing immediate audience for Glossier, but Weiss took her insights about community-building further. The production process for the infamous “Milky Jelly Cleanser” incorporated 400 social-media comments from customers; the company started a Slack channel for a few hundred superfans who provide regular feedback and free marketing through planning events; and the Glossier Instagram page has amassed 1.1 million followers and no shortage of user-generated content.

Brand used to consist of packaging and whatever personality was conveyed through television and print ads. Those channels aside, there simply weren’t that many ways for the brand to express itself. With brand-expression channels like Instagram and blogging, a company like Glossier can publish visual and textual content at zero marginal cost as frequently as it wants to. That new power gives companies with brandable products tremendous scope for building a brand personality and an engaged following.

Supply-chain disruption provides a fast and effective way to gain traction and steal market share from incumbents. Because it’s fundamentally an innovation around the business model, however, it’s replicable, and thus doesn’t make for a strong moat. Brand disruption, on the other hand, builds a moat with a loyal fanbase that both reduces customer-acquisition costs through brand evangelism and extends lifetime value by driving the same customers to come back again and again.

Casper and the Case of Double Disruption

The two kinds of D2C disruption aren’t exclusive to each other and, in fact, some of the best D2C companies of the last decade have combined elements of both. Take Casper as an example.

Supply-chain disruption was critical to Casper’s breakout success. The company started out by appealing to consumers with a reasonably priced high-quality mattress-in-a-box that could be purchased through an exceedingly simple process — a far cry from the complex, inconvenient, expensive mattress store experiences of the past.

Casper simultaneously built a strong lifestyle brand around sleep, with a consistent irreverent voice across social media, blogging, and traditional advertising. They don’t style themselves as a mattress company — who gets excited about mattress companies? — but instead as the “Nike of sleep.” The company has put together a focus group of 20,000 fans around the world to provide extensive data on their sleep patterns and product feedback.

The success of Casper’s business model spurred copycat startups (Yogabed, Leesa, Helix), gave new exposure to existing competitors (Saatva, Tuft & Needle), and forced countermoves from incumbents (market share leader Mattress Firm now also offers a bed-in-a-box with free shipping and 120-day returns). Some industry observers estimate that there may be as many as 100 brands selling mattresses online. Casper’s initial hook — its innovative business model — had effectively been neutralized as other companies replicated it.

And yet, Casper has still managed to sell around 40% of all mattresses-in-boxes since 2014. Why? Their fantastic multidimensional brand, manifested in their online presence. Supply-chain disruption was key to Casper successfully storming the mattress industry but brand — their moat — keeps them on top after their model has been copy-pasted.

The Future of D2C Disruption

Supply-chain disruption has worked wonderfully for some of the D2C companies above, but it’s going to get more difficult to pull off. Amazon is creeping over an ever-greater portion of retail; Jeff Bezos has big plans for fashion and is increasingly central to beauty. It’s extremely hard to compete with Amazon on price and convenience. Dollar Shave- or Casper-style undercutting will be rare. That’s not to say we won’t see more supply-chain disruption, but it’s likely to be in ever-more obscure industries as the low-hanging fruit continues to be picked. InkBox, for example, is a startup applying a creative business model to the tattoo industry with D2C semi-permanent tattoos. Warby Parker is trying to make supply-chain lightning strike twice by going after eye exams — another expensive and inconvenient customer experience.

These exceptions notwithstanding, brand disruption will move front and center. Glossier shows it’s possible to build a seminal D2C brand without innovating on supply chain. A strong community oriented around a brand that lives on multiple online channels — and provides unique IRL experiences — is a deep moat. And there’s plenty of brand innovation still to come — take Volition Beauty, a digitally native beauty brand that crowdsources its product ideas from its community. Whereas Glossier solicited feedback from its customers, Volition is blurring the distinction between producer and consumer even more — or perhaps obliterating it altogether. On a more macro level, channels for brand expression are still emerging: voice and chatbot commerce are promising areas here.

The narrowing opportunity for supply-chain disruption and the multiplying channels for brand disruption lead me to believe that the breakout D2C brands of the future will look more like Glossier, and less like Dollar Shave Club.

Sunny Dhillon is a founding partner at Signia Ventures, a $100m seed and series A venture capital firm based in the San Francisco Bay Area. He invests in consumer and enterprise startups with Signia as well as angel investing in direct-to-consumer beauty brands. He previously worked as the first business development employee at a venture backed spin-off of New Line Cinema and in corporate strategy for Warner Bros., before launching his own startup and becoming an investor. Some of his investments include Alibaba (NYSE: BABA), Tenor (acquired by Google), and Cruise Automation (acquired by GM).

This article can also be found on LinkedIn and my personal website.

If you enjoyed this post, please “clap” 50X in the bottom left corner so it will be shared with more people. You can also always tweet me your thoughts, follow me on LinkedIn, or learn more at my personal website. 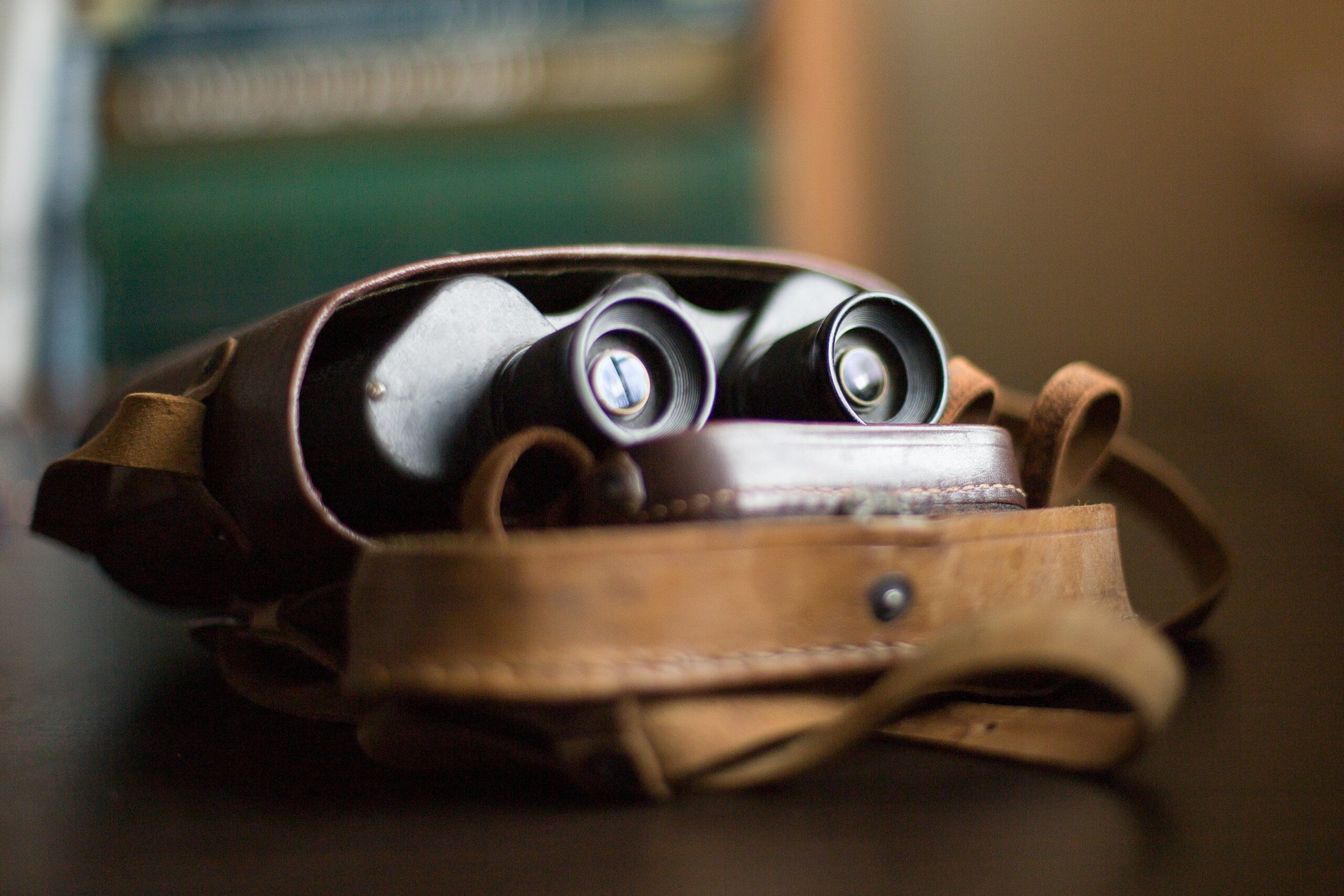