The Beginners Guide for Ethereum Mining and Casper Update. 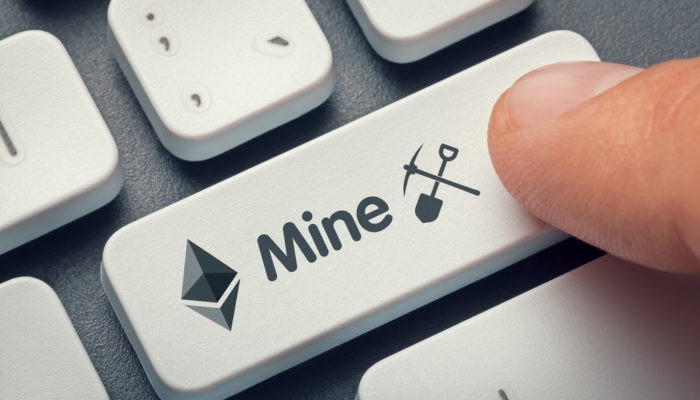 The Ethereum is based on the Bitcoin protocol and its Blockchain design but is modified so that applications outside the monetary systems can be maintained. The only similarity of the two Blockchains is that they store whole transaction histories of their corresponding networks, but Ethereum Blockchain does much more than that. In addition to the transaction history, each Ethereum network node must also download the most recent status, or current information, of each smart contract in the network, each user’s balance, and all smart contract code and where it is stored.

How to Mine Ethereum?

You will need to use your computer to mine Ethereum. If you have been involved with Ethereum, you should be aware that it works in its Blockchain. All the transactions on the protocol need to be approved. Each of the transactions needs to be verified and placed into the Ethereum Blockchain. This verification process is referred to as PoW or Proof of Work.

Well, if you are a miner, you need to ensure that no one in the blockchain cheats the protocol. The way this is done is through solving the complex mathematical problems. Once you do that, you communicate it to the other miners. If 51 percent of the miners agree to the number being correct, the newly mined Block will be added to the blockchain.

To be able to undermine, you need a PC — preferably desktop — equipped with a graphics card. Since Ethereum mining primarily uses video memory, you must ensure that your graphics card has at least 2GB of RAM. This prerequisite passed, we then have the necessary to mine.

A Pool of Mining

In general, the cryptocurrency protocol only rewards minors who find a real “block” of transactions. Only the minor who calculates the “good” transaction block will be rewarded. At equal computing power, the probability of breaking a block is random. To increase its chances, one then increases the power of computation. Unless you invest heavily in mining equipment, the chance of finding a block on your own is meagre. This is where a “pool” of mining intervenes.

Well, there are several options you can use to mine Ethereum. However, the most popular among them is Pool Mining. In fact, it has been considered to be the most trusted option for mining. The other mining methods include mining alone or using cloud-based mining services.

Experts suggest not opting for mining alone or going with a cloud-based service. Mining through Pool Mining option is one of the best, trusted and most comfortable choice in making a beginning. The Pool Mining will let you work with other people, and thus they will be able to agree with one another (or reach consensus if we use the exact term) and share rewards.

However, you should be vigilant enough while choosing the pools. Not all pools may be similar. There are a few considerations you need to go through. Some of the features you need to pay attention to are the pool size, pay-out, and the pool fees. A pool with an optimum size would be helpful in getting to work with more miners and a comfortable sharing of rewards. Go for a pool mine that is transparent, fair and easy to use. Also, check out the pools that have a lower minimum pay-out level. This will help you get better and routine returns than waiting till you reach the threshold.

A higher pool fee may not be a practical option. Check out if the pool fee is quite minimum. These payments are percent based. It would be dependent upon the cryptocurrency you are mining. The preferable pool fee should generally be around 1 to 3 percent. Any pool that charges beyond 3 percent fee may not be a good idea. One such great option if you are looking for a pooled mining is 2Miners Pool. The service works are designed in such a manner that even the newbies would be able to able to work with it comfortably. It offers you Ethash algorithm for mining Ethereum. In fact, it provides you with two options for mining Ethereum. You can either operate in PPLNS mode wherein all miners work with each other and share the rewards between them. If you are confident enough, you can mine alone in the Solo mode.

What Would You Need to Mine Ethereum?

Once you have a computer to mine your Ethereum blocks and opted for a proper and efficient pool mine that you want to work with, you would need access to a few accessories to work with.

Some of the other accessories you would need include –

• A mining application. You may choose one of the options in the form of Claymore miner.

• A graphics cards. You would need a minimum of 3 GB of RAM

• An operating system that functions efficiently. Windows 7 or 10 with 64-bit architecture should be one of the best options you can go with.

Ensure that you have downloaded the right drivers for your GPU so that you would not run into any issues.

Casper Update- A Milestone for Ethereum

An upgrade known as Casper will do the passage of the proof of stake. Recently the Ethereum developers have released a new version of the Casper code available to the public. The goal of the developers is to make Casper as versatile as possible.

Ethereum will become much rarer once the upgrade to Casper is implemented. The Casper FFG (Friendly Finality Gadget) is a combination of Proof-of-Work (POW) and Proof-of-Stake (POS). Soon, they plan to go entirely to the POS consensus. With this upgrade, the blocks will be rewarded with 0.82 ETH instead of 3 ETHs thus reducing the inflation rate.

However, what is Casper?

Casper FFG was published in October 2017. The aim is to create a hybrid consensus system to correct the problems associated with cryptocurrency extraction.

The transition from the proof of work network to the evidence of issue will, therefore, be through the Casper initiative.

For Ethereum, moving from proof of work (POW) to proof of stake (POS) has always been part of the long-term plan. PoW uses a significant amount of energy and has no absolute monetary value.

Casper’s FFG protocol can be implemented over any block proposal mechanism, which will give the string on which it rests. The FFG overlay mechanism requires a minimum of protocol modification, which allows the network to test and evaluate the Casper FFG over PoW fully. (layer system like Bitcoin and segwit + LN)

For What Reason to Move to The Proof of Stake?

One of these reasons would be high energy consumption. However, also issues of equal access to mining equipment, control of “Mining Pools” and an evolving market for ASIC miners.

At some point, it will become challenging to mine Ethereum because of the high costs that do not offset the benefits.

The proof of stake will protect the network by relying on the computing power of the users. However, it is much less energy consumption compared to the proof of traditional work.

Solutions are currently being developed to solve some of Ethereum’s most urgent problems. Casper, sharding, and plasma are aimed at improving the network and its performance. Ethereum has scale-up severe issues right now, whose evidence was highlighted when the system almost ceased operating under a stack of digital kittens in December of last year.

Our Conclusion on Casper:

Casper developers are well aware of the risks associated with this impending change. To counter potential problems, Casper will use a “programmed economy” model. Any network node attempting to attack the network through malicious or other behaviour will be penalized.

There is still much work to be done although Casper looks promising on paper. It will make Ethereum safer and more efficient in the next few years. Casper seems to be a breakthrough in the development of Ethereum.

Ethereum co-founder Vitalik Buterin recently presented all the latest details on the Casper test. Note that it is possible that it is set up within 2 to 4 months. He said the process for end users would be as easy as just clicking on a mouse.

Mining Ethereum is the right way to stay decentralized and earn rewards. It has proved itself to be worth the attempt. The market has been responding quite well to Ethereum mining. With a host of people opting for Ethereum mining and the growing success rate that it has been able to garner, we would indeed foresee a great future for the concept.

Why Crypto Remains the Most Convenient Payment Option For Kratom an...