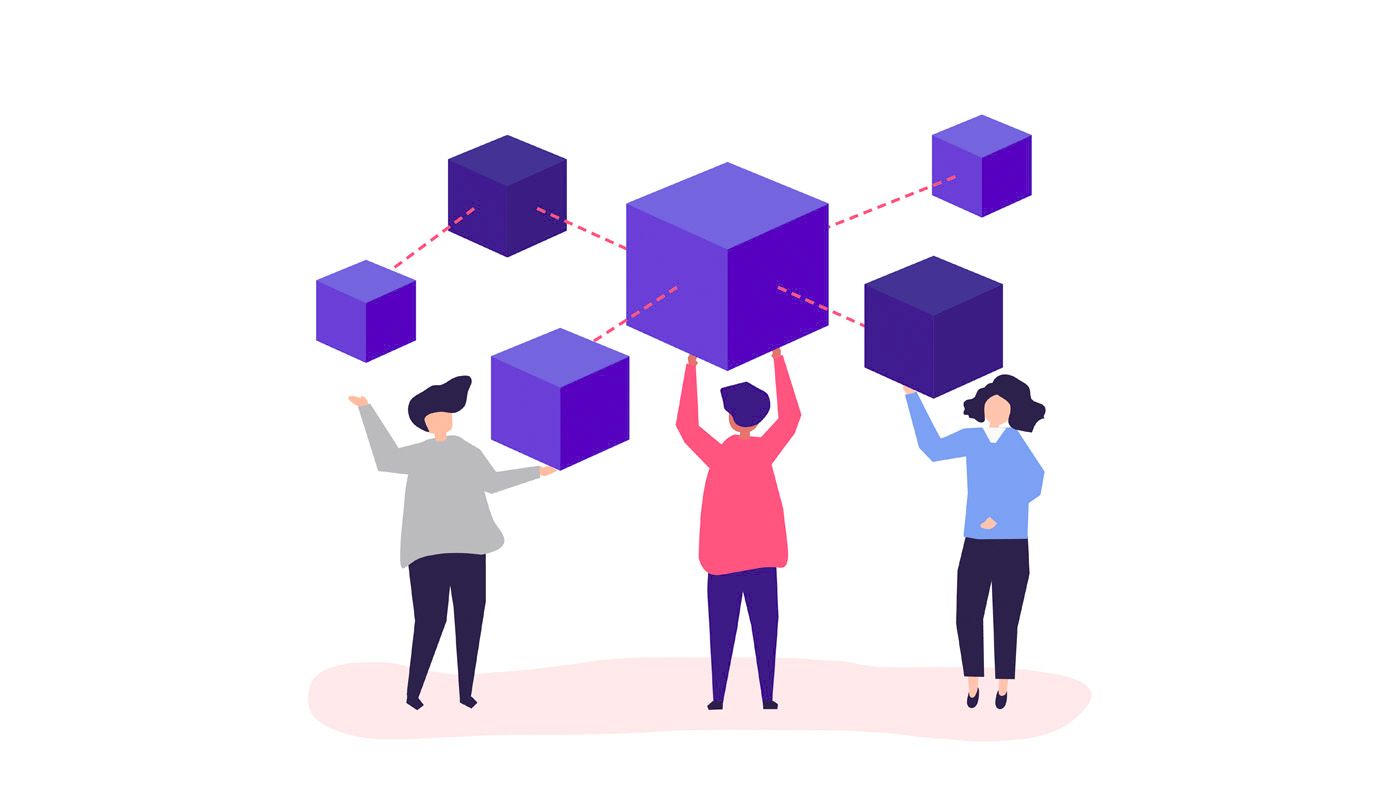 ‘Fair launch’ of a crypto project = Tokens are distributed fairly to the market participants. There is no founder allocation, early access. Everyone is equal in the project’s ecosystem on day one.

‘Free lunch’ means that there is no cost incurred to work for acquiring the tokens.

While most DeFi (decentralized finance) projects are promoting a fair launch where the participation is designed as a transparent process where everyone is playing along with everyone else (even the founders), being part of the ecosystem comes with a price, literally.

Isn’t the participation permissionless? It is. As long as you have initial funds and a computer ready to become a market maker. I’m not counting the computational power of this computer or the electricity consumed in the process as, most of the time, it’s meaningless. The initial token inventory required is the real price.

If you are not familiar with the ‘market maker’ term, it refers to a participant of an exchange (cryptocurrency exchange in our case) who buys and sells securities (tokens in our case) at market prices in order to provide liquidity.

Centralized cryptocurrency exchanges are paying millions of dollars per year to such market makers. Imagine going on one of these exchanges and waiting to find someone willing to sell the amount of the exact token you need to buy.

With more than 6,700 cryptocurrencies available, you would have to wait a few good hours for that to happen. But you don’t have too. If you’re willing to buy at the market price, the order will be filled in seconds! All thanks to market makers.

Back to our DeFi projects which are decentralized and not working as a business with big pockets, they have to incentivize market makers to join their ecosystem. They are doing this by rewarding tokens to their market participants.

Anyway, you are earning cents per order. How many orders can you fill in one day? How about one minute? Not so many to become profitable. But, if you are running an automated bot on your computer we are already talking about order per second! That’s where the profits are coming from.

The concept is called ‘Liquidity mining’ because you are providing liquidity and you are putting in a similar computational effort to the well-known Proof-of-Work mining behind Bitcoin and other cryptocurrencies.

You’ve earned a lot about what’s happening behind DeFi already! However, if you don’t have a good amount of tokens to feed to the market maker bot, it’s for nothing.

Don’t get me wrong, you are being rewarded tokens for your contribution which could easily become profitable as you don’t have high expenses. The biggest issue here is that you need initial funds just to be part of an ecosystem that is promoting itself as available for everyone willing to join.

And, I don’t even want to start talking about the risk of losing all those funds. It happened already and it will certainly happen again.

There is no riskless profit or as it’s usually called ‘free launch’ when it comes to DeFi. Or cryptocurrency in general. Buying your first BTC or ETH to consider yourself a crypto owner requires initial funds or mining equipment (a personal computer is not enough anymore.)

Is this the reality of cryptocurrency? Is cryptocurrency locked behind a paywall? There are a few exceptions where you can start earning tokens with zero financial investment and I’m going to talk about them next.

If you’re looking for a place where you can earn tokens just by sharing a referral code with everyone you know, ONFO lets everyone participate through network mining. Instead of using your funds to join, you are leveraging your network of people you know. Creating an account can be done in less than a minute and from there, your unique code can go as far as you can distribute it through text, social posts, word of mouth, you name it!

You can invite an unlimited number of people and, theoretically, earn an unlimited number of tokens. ONFO is by design a stablecoin. The more people are joining the more tokens are being created through a coin splitting process. The whole ecosystem is designed for ONFO to serve as a suitable means of payment as the project’s mission goes beyond putting tokens in everyone’s hands. Its long-term goal is to set everyone free from the limits of banks and traditional currency. I can see that happening as it already sets us free from the limits of most DeFi and cryptocurrency projects.

Beside ONFO there are other projects where you can leverage your network for free tokens: Ponder is a dating app where you can sign up as a matchmaker and refer people you know and 2key where you can participate in distributing online content and link sharing for token rewards.

You don’t need to invest your own funds, you don’t need to have access to mining equipment, there are no barriers to entry. Do you have an Internet connection and a device? Most likely, otherwise, how are you reading this article. Then you’re good to go to start network mining!

If you are looking for a more conventional way to earn tokens, you can get paid in crypto for solving micro-tasks on StormX. Don’t think too far, these tasks are designed to be completed from the comfort of your phone directly from your mobile device. Most tasks include signing up for subscriptions, answering surveys, beta testing some apps, or watching adds.

You don’t have to spend a dime to get started on StormX but every completed task awards you Bolts that later can be exchanged to tokens. The number of bolts adds up quickly. Watching an ad for a few seconds awards you 500 bolts and testing an app could even translate to millions of bolts in your vault.

Bolts can be exchanged for BTC, ETH, or other supported cryptocurrencies directly from the StormX app. Anyway, it’s important to know that you need at least 200,000 bolts in order to be able to trade them into crypto.

StormX is not the only microtasking app that pays its participants in tokens. There is Latium which tries to resemble a traditional freelancing platform but using cryptocurrency for payment and Expand which is similar to the other two but promising more high-quality workers as it tries to filter the listing based on your needs.

The tasks are pretty accessible as long as you have a mobile device with an Internet connection. However, it requires you to give up your time, putting in the minimum effort required to solve each assignment. Regardless, it could be a great way for you to snatch some tokens without spending or using any funds.

If you are into video games (and you’re having a lot of time to spare) you can try a multiplayer FPS game that rewards you tokens for your in-game achievements. Vibe or Die is a blockchain game and it’s designed for players to earn and wager tokens in the game.

The game is a pretty simple FPS game. If you are a fan of the genre maybe you won’t find it too exciting, but the idea of earning tokens (that can be later exchanged for real money) for every opponent you’re killing within the game can be enough incentive for you to try it. The developers tried to. There are no characters to choose from, there are only two types of weapons: rifle and grenades, and you have infinite ammunition. It’s the kind of game where you are good to go from the first second you join in.

The only requirement to start playing is to have a cryptocurrency wallet already installed. Metamask is the recommended one which is free and available in the Chrome Extensions store. You will have clear in-game instructions about how to withdraw your earned tokens. To give you an idea of the possible rewards, depending on the type of game you’re joining, you can earn from 0.01 to 1 ETH per kill. Be aware that by dying you are losing the same amount.

Other blockchain games that are hot right now are Axie Infinity where if you are really lucky you can earn very rare collectibles that can be sold for thousands of dollars and Beyond the Void, a game where the in-game currency, Nexium, is blockchain-based and can be withdrawn and sold on an exchange for real money.

Blockchain games feel more like a gamble than the other options, you need to invest more time on practicing and find the best strategies, but in the long term it might pay off as the rewards are significant.

These projects are a live demonstration that a ‘free lunch’ is possible in crypto more than in any other fields. DeFi protocol designers might try to show fairness through their coin distribution systems, but nothing screams decentralization more than allowing participants to earn tokens with literally zero financial investment.

I’m keeping myself up to date with the novelty brought by both types of projects. But if I would have to choose one side that could actually promote cryptocurrency to a mainstream audience, incentivize mass adoption, and solve the everlasting unbanked problem, I would definitely choose the projects that are coming with a free lunch.