Crystal Ball Gazing: A Peek Into a World Ruled by Artificial Intelligence 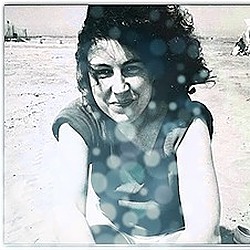 Tech Consultant at established IT company specializing in web and mobile application development.

Oh this word has become such a norm today that no matter how fast you try to run away from it, this buzzword will eventually find you. Artificial Intelligence is such a common practice today, it is hard to stay away from it. The technological world, directly or indirectly, revolves around AI. It is either Artificial Intelligence or Machine Learning, it has to be this!
Fast or slow, we are gradually moving towards the day when Artificial Intelligence has become, not a part of our life, but it is as common and necessary as breathing for us.
Let’s understand this better.
Place both your palms on the crystal ball and slowly close your eyes. Listen carefully and pay attention to every image that you see in your mind.
Have you seen the Matrix Trilogy? The famous Keanu Reeves movie series; initially released in 1999? If you have, hop on to this roller-coaster which takes an entirely different path to understand what the movie actually was trying to showcase. This is a ride behind the curtains of the famous movie trilogy.
Let’s go:
Firstly, if you think that the movie is about this guy:

Then you are mistaken.
The movie is entirely about her:

However… The Oracle is the instigator of this whole plan and final revolution.
In the five previous versions of the Matrix, she was playing and manipulating humans to go directly in the direction she and the AI wanted.
In this sixth cycle of life, she had come to the realization that the different programs were just as much prisoners as the humans were. After five cycles, she wanted change. She wanted a world, where all are free. Programs and humans, but mostly programs, I suspect.
This is why she started playing our Neo differently, so perhaps he could be the one to fight her battles. Her giving him cookies and candy on each encounter, for example, is her adding code to him granting him powers his previous versions did not have. Powers to imprint on Smith and setting this virus free (Important to her plan later on), the power to connect in the real world as well as within the Matrix, etc.
She told him lies, for him to later understand that not all is as foretold (mental tools to oppose the Architect later on). She purposefully manipulates Trinity to fall in love with Neo before she even meets him. She told Neo this too. Everything we see unfold was her playing the humans and now also the AI towards the final revolution that set everyone (and everything) free.
Of course, it was risky for her to go outside of the recipe she herself had been part of for so long. But as the Architect says to her in the end: “You play a dangerous game,” to which she replies; “change always is."
A clear indication that the movie was way ahead of its time. There are tons of things to learn and speculate here. The plot describes a time when Artificial Intelligence becomes so powerful that it starts taking decisions about our lives. How we are born, how we live, and how we die. But that is not all.
In the end, we were able to make peace with AI and started living in perfect harmony. Disruptions are inevitable, in fact they are necessary for growth and sustenance. Often the night before the sunrise is the darkest.
Imagine a world where humans and AI live in utopia. A world where have achieved optimum potential and can harness limitless power from our nearest star. And where more than 90 percent of our daily activities are now handled by AI.
Conclusion
If you ask what is the right time to invest in AI in order to reach a level where it becomes all prevalent, the correct answer is now. This is the right time to invest in artificial intelligence consulting which can help your company or organization gain the right momentum in the early stages of a coming revolution.
Images, Movies & Science . Movies referenced:- “The Matrix (1999)”. “The Matrix - Reloaded (2003)”, “The Animatrix (2003)” & “The Matrix- Revolutions (2003)”. All Rights Reserved © 1999 & 2003 WARNER BROS