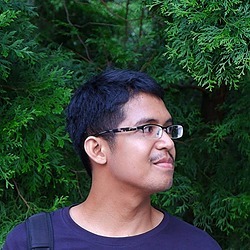 Wern is a web/mobile developer from the Philippines. Primarily focused on React Native and Node.js

The clone that we’re going to create will pretty much have the same flow as any ride booking app out there: passenger books a ride → app looks for a driver → driver accepts the request → driver picks up passenger → driver drives to destination → passenger pays the driver.
Here I just want to show you how this process would look like inside the app. That way you’ll have a clear picture of what you’re going to create.
1. The app determines the user’s location and shows it in a map (note: GPS needs to be enabled at this point).

2. From the passenger app, the user clicks on “Book a Ride”.
3. A modal will open that will allow the passenger to pick the place where they want to go.

4. The app asks the passenger to confirm their destination.

5. Once confirmed, the app sends a request to the driver app to pick up the passenger. A loading animation is shown while the app is waiting for a driver to accept the request.

7. Once the driver accepts the request, the driver’s details are shown in the passenger app.

8. The passenger app shows the current location of the driver on the map.

At this point, the ride ends and the passenger can book another ride. The driver is also free to accept any incoming ride request.

Next, click on the “App Settings” tab and check “Enable client events”. This allows us to have the driver and passenger app directly communicate with each other.

Lastly, click on the “App keys” and copy the credentials. If you’re worried about pricing, the Pusher sandbox plan is pretty generous so you can use it for free when testing the app.
2. Android Studio
You don’t really need Android Studio, but it comes with Android SDK which is the one we need. Google also no longer offers a separate download for it.
3. React Native
The method I recommend for this is building projects the native way. When you’re on the React Native website, click on the “Building Projects with Native Code” tab and follow the instructions in there. The Expo client is great for quickly prototyping apps but it doesn’t really offer a quick way for us to test the Geolocation features that we need for this app.
4. Genymotion
We use Genymotion for testing the driver app. We’re using this instead of the default Android emulator because it comes with a GPS simulation tool that allows us to search for a specific location and have it used as the location of the emulated device. It uses Google maps as the interface and you can move the marker as well. This allows us to simulate a moving vehicle.
Once Genymotion is installed, you need to login to your account in order to add a device. For me I’ve installed Google Nexus 5x for testing.

While you’re there, click on the “SDK Tools” and make sure that you also have the same tools installed as mine:

6. An extra computer (optional)
This is optional. I just included it here because React Native can only run the app on a single device or emulator at a time. Thus, you need to do some extra work in order to run the two apps as you’ll see later on.

Now it’s time to get our hands dirty. First, let’s work on the auth server. This is required because we will be sending client events from the app, client events requires the Pusher channel to be private, and private channels have restricted access. This is where the auth server comes in. It serves as a way for Pusher to know if a user that’s trying to connect is indeed a registered user of the app.
Start by installing the dependencies:
Next, create a file and add the following code:
I’m no longer going to go into detail what the code above does since its already explained in the docs for Authenticating Users.
To keep things simple, I haven’t actually added the code to check if a user really exists in a database. You can do that in the endpoint by checking if a username exists. Here’s an example:
Don’t forget to pass in the when connecting to Pusher on the client-side later on.
Try running the server once that’s done:
Access on your browser to see if it works.

Since Pusher will have to connect to the auth server, it needs to be accessible from the internet.
You can use now.sh to deploy the auth server. You can install it with the following command:
Once installed, you can now navigate to the folder where you have the file and execute . You’ll be asked to enter your email and verify your account.
Once your account is verified, execute the following to add your Pusher app settings as environment variables to your now.sh account so you can use it from inside the server:
Next, deploy the server while supplying the secret values that you’ve added:
This allows you to access your Pusher app settings from inside the server like so:
The deploy URL that now.sh returns is the URL that you’ll use later on to connect the app to the auth server.

The passenger app is going to be pretty similar to the driver app so I’ll no longer go into detail on parts that are similar. Go ahead and create a new app:
Installing the Dependencies
You’d also need to install the same libraries plus a couple more:
The other two libraries are Google Place Picker and Loading Spinner Overlay. Though we’ve used a fork of the Google Place Picker because of a compatibility issue with React Native Maps that wasn’t fixed in the original repo yet.
Since we’ve installed the same libraries, you can go back to the section where we did some additional configuration in order for the library to work. Come back here once you’ve done those.
Next, the Google Place Picker also needs some additional configuration for it to work. First, open the file and add the following below the last import:
Add the library that you just imported under the function. While you’re there, also make sure that the is listed as well.
Next, open the file and add these right above the directive:
While you’re there, also make sure that the resources for React Native Maps are also added:
Next, open the file and add the following under the :
Lastly, make sure that React Native Maps is also compiled:
Coding the Passenger App
Open the file and add the following:
Just like the driver app, it also uses as the main component. Go ahead and import the libraries. It also uses the same file so you can copy it from the driver app as well.
Create the component and declare the default states:
To keep things simple, we declare the username of the passenger in the constructor. We also initialize the Pusher channels:
The function gets executed when the user taps on the “Book Ride” button. This opens a place picker which allows the user to pick their destination. Once a location is picked, the app sends a ride request to all drivers. As you have seen in the driver app earlier, this triggers an alert to show in the driver app which asks if the driver wants to accept the request or not. At this point the loader will keep on spinning until a driver accepts the request.
The function gets the passenger’s current location. Note that here we’re using as opposed to which we used in the driver app earlier. The only difference between the two is that only gets the location once.
When the component mounts, we want to set the current location of the passenger, connect to the auth server and subscribe to the two channels: available drivers and the passenger’s private channel for communicating only with the driver’s where the ride request was sent to.
Next, add the code for listening to the handshake response by the driver. This is being sent from the driver app when the driver accepts a ride request. This allows us to make sure that the passenger is still looking for a ride. If the passenger responds with “yes” then that’s the only time that the driver sends their information.
The driver sends their information by triggering the event. As you have seen in the driver app earlier, this contains the name of the driver as well as their current location.
At this point, the passenger can now listen to location changes from the driver. We simply update the UI everytime this event is triggered:
Next is the event that is triggered on specific instances. It’s main purpose is to send updates to the passenger regarding the location of the driver ( ) and also when they’re already near the drop-off location ().
The UI composed of the loading spinner (only visible when the app is searching for a driver), the header, the button for booking a ride, the passenger location () and their destination, and the map which initially displays the current location of the user and then displays the current location of the driver once a ride has been booked.
Lastly, add the styles:
Now you’re ready to run the app. As I mentioned in the Prerequisites section earlier, you’re going to optionally need two machines, one for running each of the app. This will allow you to enable logging () for both. But if you have only one machine then you have to run them in particular order: passenger app first and then driver app.
Go ahead and connect your Android device to your computer and run the following command:
This will compile, install and run the app on your device. Once it's running, terminate the watcher and disconnect your device from the computer.

Next, open Genymotion and launch the device that you installed earlier. This time, run the driver app. Once the app runs you’ll see a blank screen. This is normal because the app needs a location in order to render something. You can do that by clicking on “GPS” located on the upper right-side of the emulator UI then enable GPS.

You can also click on the map button and select a specific location if you want:

Once you’ve selected a location, the map UI in the app should show the same location that you selected.
Next, you can now follow the steps on the App Flow section earlier. Note that you can emulate a moving vehicle by clicking around the Genymotion Map UI. If a passenger has already booked a ride and the driver has accepted the request, it should start updating both the passenger app and the driver app of the current location of the driver.
If you’re using two machines, then you can simply run on both. One should be connected to your device and the other should have the Genymotion emulator open.

That’s it! In this tutorial you’ve learned how to make use of Pusher to create a ride-booking app. As you have seen, the app that you’ve built is pretty bare-bones. We’ve only stick to building the most important parts of a ride-booking app. If you want you can add more features to the app and maybe use it on your own projects. You can find the source code used in this app on its GitHub repo.
This tutorial was originally published on the Pusher Tutorial Hub.

[A Step by Step Guide] Create a Carpooling App with React Native - ... 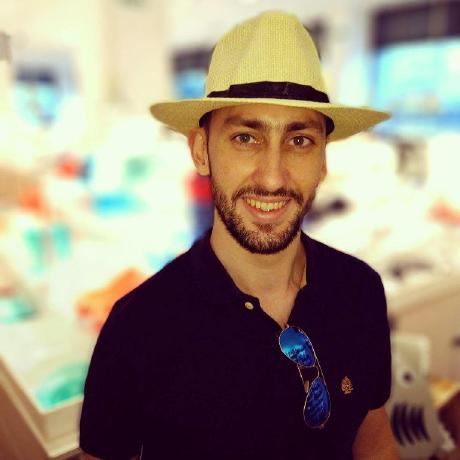