Console #13: The Next Phase of the Internet 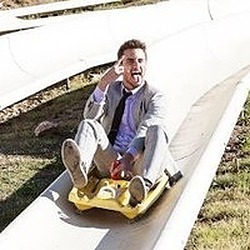 Kyle Samani is a well-known crypto-advocate and partner at Multicoin Capital. Last year he did a review of the Web3 stack. This week Kyle updated the previous review for 2019.

Robinhood announced some new features they’ll be rolling out early next year. The one I’ve been most anticipating is the DRIP, as that’s the one that’s been keeping me from putting more money onto the platform.

China and America signed off on phase 1 of a trade deal this week and the stock market reacted as one would expect.

Since this is the first impeachment I’ve witnessed in my adult life I did not know the details associated with process impeachment. A conviction has to be voted on by 2/3rds of the Senate, and there’s no way that’s happening given 53 seats on the Senate are held by Republicans who don’t appear to be defecting.
I don’t see this playing well for the Democrats during the 2020 presidential election. Maybe I’ll buy some shares for a Trump re-election?

If the variable names in your code are so bad that you need a Chrome extension to navigate the code you might want to revisit them.

Jack wants to innovate Twitter out of existence because he can see what’s coming on the horizon.
In the thread above Jack links to two blog posts, one by Stephen Wolfram, and another by Mike Masnick, both of which tout the benefits of protocol-based development in lieu of the centralized platforms that we have today. The cynic in me would have said “these approaches will not work because the tech companies won’t give up their position in the market” (an argument Mike mentions in the second post), but here Twitter is attempting to do this very thing.
One thing that is slightly disheartening is some of the components both Wolfram and Masnick suggest as alternatives exist today, but almost no one is using them. The question that needs to be answered in the market is: do people care enough about privacy now to start paying for some of these services?
Reading both of those posts gives me the feeling that we’re heading into a new phase of the internet. Blockchain advocates already knew this. However, it’s one thing to speculate that we are likely to head into a new phase, and it’s another to witness it begin to occur. It will be interesting to see how the tech companies with near monopolies respond to these shifts in the next decade.
One thing is certain, there will be a lot of interesting work for software engineers seeking this type of work.

In light of a previous newsletter’s North Korea news, this episode of Unchained features a North Korean defector and was interesting.
This week’s newsletter not your cup of tea? Check out some of the more popular weeks below!
This content is for informational purposes only, you should not construe any such information or other material as legal, tax, investment, financial, or other advice. Nothing contained in this post constitutes a solicitation, recommendation, endorsement, or offer by myself to buy or sell any securities or other financial instruments in this or in any other jurisdiction in which such solicitation or offer would be unlawful under the securities laws of such jurisdiction.
The opinions expressed in this publication are those of the author. They do not purport to reflect the opinions or views of any of the author’s employers.
Don’t forget to follow me on Twitter, add me on LinkedIn, add me on Facebook, or subscribe to the Console newsletter to get the newsletter directly in your email. I post a review of topics I find interesting every week. I’m always looking for new topics to cover, so if you have anything you find interesting and would like to discuss please reach out!