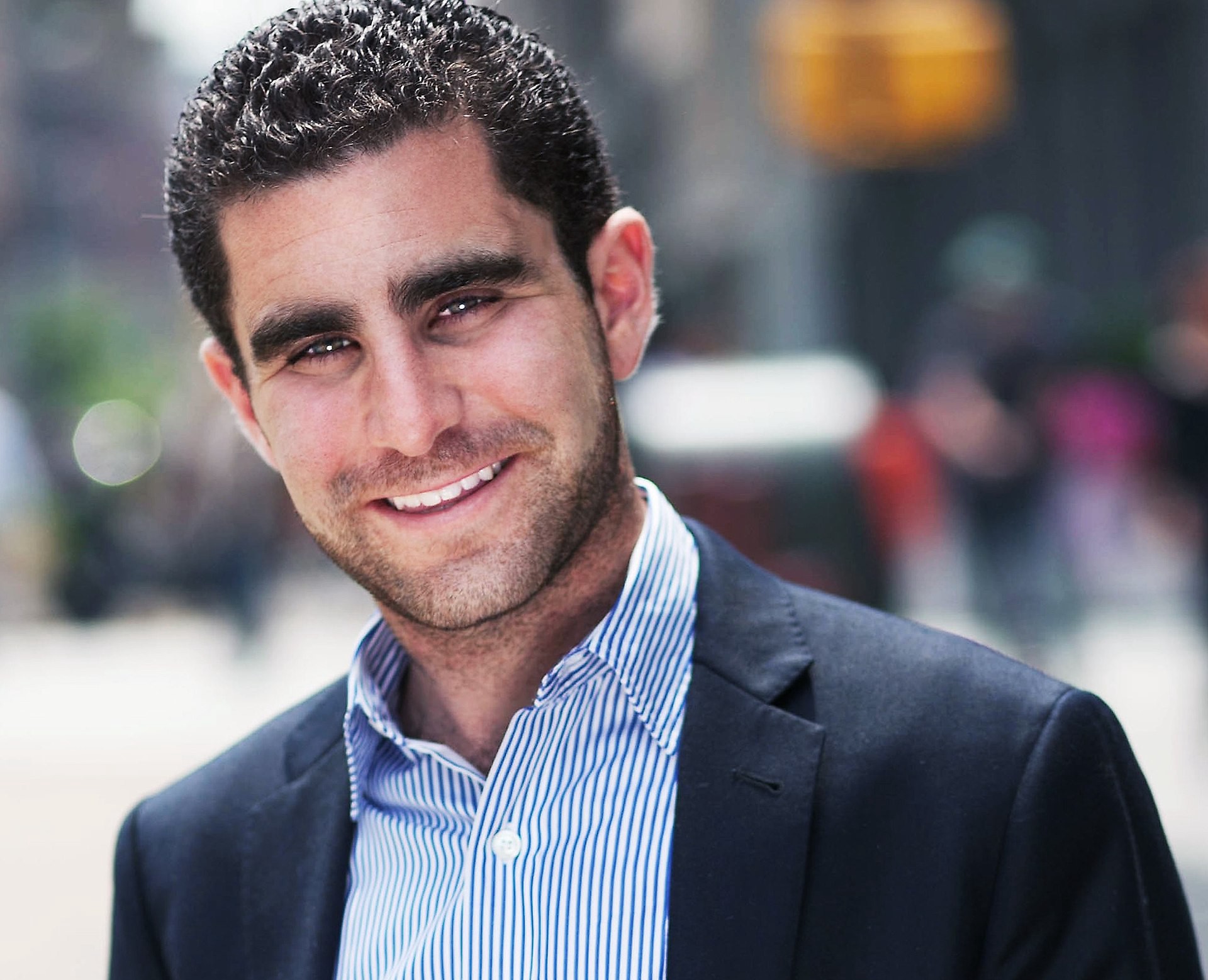 I think daily. Write some it down weekly. Publish some of that occasionally.

The Winklevoss Twins are subject to ridicule more than once. 15 years ago, they were outsmarted by Mark Zuckerberg who allegedly stole their idea of a social network. Just last week they announced that Charlie Shrem embezzled US$32 Million by taking their Dollars and not giving them Bitcoin back in 2012 (Took a long time to go public with that). Time to recall who Charlie Shrem is and which pivotal role he played in the history of Bitcoin.

“ In prison, the more of a celebrity you are, the less respect you get. You’re judged on who you are as a person, and I like being judged like that because I feel like I’m a I’m a pretty okay person. People liked me and I was judged on that, not on the Bitcoin stuff.”

“I am one of the first 10 people to come into contact with Bitcoin. I am a capitalist and I wanted to earn money. And that’s what we did.”

These two statements come from Charlie Shrem, who has had a remarkable career. From solid US middle class, he becomes a millionaire at the age of 22 thanks to Bitcoin, only to work as a dishwasher for 8 dollars an hour at 25 after a prison sentence for money laundering. But since the Bitcoin world is like a roller coaster, Charlie is already on top again.

“ My father went out of his way to make sure that I always understood the value of a dollar.” Even in high school, Charlie earns a few hundred dollars a week fixing and configuring neighbors’ computers and software.

“ The day I turned 18, I got credit, I was still in high school. I had a $6000 credit limit. And I was I was taking people to Vegas. No, not really but I was I was spending -like the first month I spent it. (In pizza stores and uh just stuff. I took like um lessons to learn how to fly a plane that cost a bunch of money.”

When Charlie graduates high school, he owes $10,000. When Charlie’s father finds out, he has to take out a loan on the house. Charlie pays off the debt for two years and is sure: from now on he has to be reasonable.

At 19, he builds a web shop for a department store that wants to sell rejected goods on the Internet. He works on a commission basis and the site becomes a small success. Other wholesalers call and want to sell as well. Charlie earns 600 dollars a week.

Had the Austrians Known About Bitcoin…

Shrem attends Brooklyn College’s evening school and takes business lessons. There he gets to know the Austrian School of Economics, a circle of Austrian economists led by Ludwig von Mises and Friedrich von Hayek. Already at the end of the 19th century, the theorists put forward the thesis that a state works best when the government keeps out of everything and lets the market decide.

The Austrians are the heroes of the Bitcoin enthusiasts; after all, the crypto currency is no state currency, but purely market-based. “I realized that bitcoin was taking all of that Austrian economic theory and putting it into practice.”

Charlie feels that he must distance himself from his strong Jewish family and their intolerance of the world as a whole. “Um, all of a sudden, I went from having this one family, and now I have this new family. The Bitcoin community. but the Bitcoin community was a — especially back then when it was still so small. It was a real life working example of a community where everyone was equal because we all had our common agenda of revolutionizing the financial system.”

Charlie has the right idea at the right time. He founds BitInstant and, together with payment partners, makes it possible for customers of supermarkets such as Walmart or 7–11 to buy Bitcoin conveniently and easily in vending machines. BitInstant receives a few percent commission. “ Within a few months, we enabled people to be able to buy bitcoin at almost a million locations in the US.” BitInstant is growing one and a half times — every month. Investors get in, the office gets bigger, 30 employees are added. Within a short time, 30% of all Bitcoin purchases worldwide are made via BitInstant. Charlie Shrem makes a deal when everyone else is still thinking about what to do with Bitcoin.

“We made Bitcoin what it is today. That’s my legacy.”

Charlie gets rich and he gets cocky. “Picture this: I was like 22 years old. I had half a million dollars sitting in the bank. I owned a nightclub. I lived above it. I was dating a beautiful girl. Like, life was great. I would walk around like my shit didn’t stink.”

The Sharks are Closing in

The mills of the state grind slowly, but they grind. In March 2013, the US government enacts a regulatory law on Bitcoin. This makes BitInstant legally a money remitter — similar to Western Union — and requires a license, which of course it does not have. After E-Gold, this is another company that is subsequently caught up in crime. But BitInstant has a more pressing problem.

“My lawyers told me that we are in a dangerous situation. One of my clients bought Bitcoin from me and resold it on (the Darknet site) Silk-Road. resell those Bitcoins on Silk Road so then those people would then go buy drugs and stuff like that. And I knew about it I didn’t really care enough to stop it, because I was making money. And um my lawyers eventually sent me a letter and they said, if you don’t shut the company down right now we can’t represent you anymore.”

On that day in July 2013, Charlie Shrem follows the counsel of lawyers. “I thought I was good because we shut down the company. I wasn’t caught with my hand in the cookie jar.”

Eight months later, Charlie is arrested at a New York Airport and charged with money laundering and unlicensed money transfers. One of the evidence against him is an e-mail to Bitcoin salesman Robert Faiella:

“ I know you’re on Silk Road I know you’re reselling these Bitcoins on Silk Road. Like you better stop, or else…” Some E-mails are dangerous, even if they are well-intentioned. “That was the smoking gun because that email I admitted that I knew what he was doing.

Charlie hires the best lawyer. “ they cost hundreds of thousands of dollars. I walked into prison with sixteen thousand dollars to my name.” He pleads guilty and is sentenced to two years in prison, one of them on probation.

“There are no friends in prison. Everyone has his own goals. Sometimes inmates overlap their own goals. Sometimes people help you. I have read a lot and always left the cell light on. All of a sudden this like huge guy, he’s known as a leader of some crew walks into my cell and walks up really close to me and I’m laying on my top bunk. Right? And he’s a tall guy. He comes up all right to my face. And he says, ‘Hey Shrem, you know we’re trying to sleep right now. And your light’s on really bright.’ And I’m like shaking, right. He goes, ‘Here borrow my book light. Give it back to me when you get your own’.”

Every punishment comes to an end. Even Charlie Shrem’s: “You prepare yourself for the day when you are released. You know that a few weeks before. You wake up in the morning, they take all your things, then it’s on to Processing. It takes a little longer. I get scared if they really let me out. But then I get my box and think to myself: “Let’s get out of here quickly before they get to different minds”.

“ I was guilty. I did my time. I worked my ass off to do that time. And I moved on now.

Outside I didn’t turn on the computer for the first two months. No mobile phone, I haven’t even told people that I’m outside. I wasn’t ready. I was just happy to have a cup of coffee in the morning. I did my job as a dishwasher because I had to have a real job for six months. One that had nothing to do with the Internet. At first I thought that prison was a lesson in humility, but to wash plates 11 hours a day…”

Charlie Shrem lives the American dream backwards, from millionaire to dishwasher. It sounds strange, but for Charlie, prison means being financially independent. “Afterwards, I didn’t want to be the slave of money for a long time. Pay rent, cell phone bills and such.”

And today? Charlie buys and sells Bitcoin. His investment strategy is: one third in Bitcoin, one third in hard currencies, one third in real estate. “Bitcoin is an experiment that could also fall to 0. I can’t risk everything.”

Nevertheless, Shrem is more a blockchainer than ever.

“I’m thrilled to show [people] the light and preach the gospel. “

Of course, the reality of Charlie Shrem is more like riches-to-rags-to-riches again. His name carries weight in an economy that has little else to offer than names. In the height of ICO mania, Charlie Shrem lends his name as an advisor to token sales such as Slovenia’s Viberate. As sources close to Viberate revealed, Shrems name to the company’s press efforts had made a $10 million ICO campaign. Good for Viberate, good for Charlie Shrem. The gospel is heard. 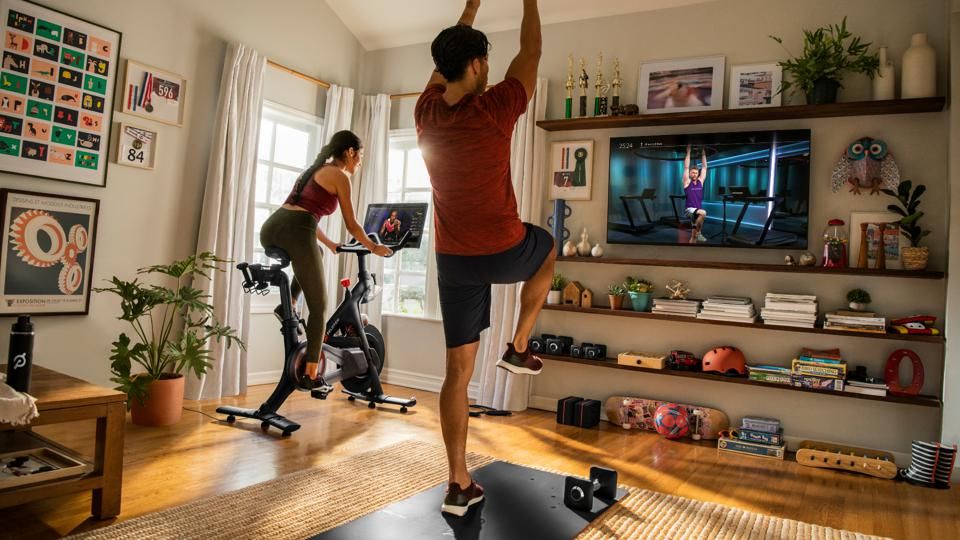