Changing The Game - New Technologies Used In The Sports Industry

It's all about sports! - https://oddspedia.com

It’s fascinating to think about just how much, and how quickly, new technologies can change facets of society that have remained constant for hundreds, if not thousands of years. Technology has changed the way we commute, communicate, prepare food… But could it also change something as timeless as sports?

It seems ridiculous to think about - after all, the game of basketball was first played in 1650 BC, and it hasn’t changed that much since - so if it has remained more or less the same in almost 3,700 years, can we expect it to change in the next 100? You’d be surprised - not just basketball, but all sports may soon enter their own “Internet age” through the advancement of brand new technologies! 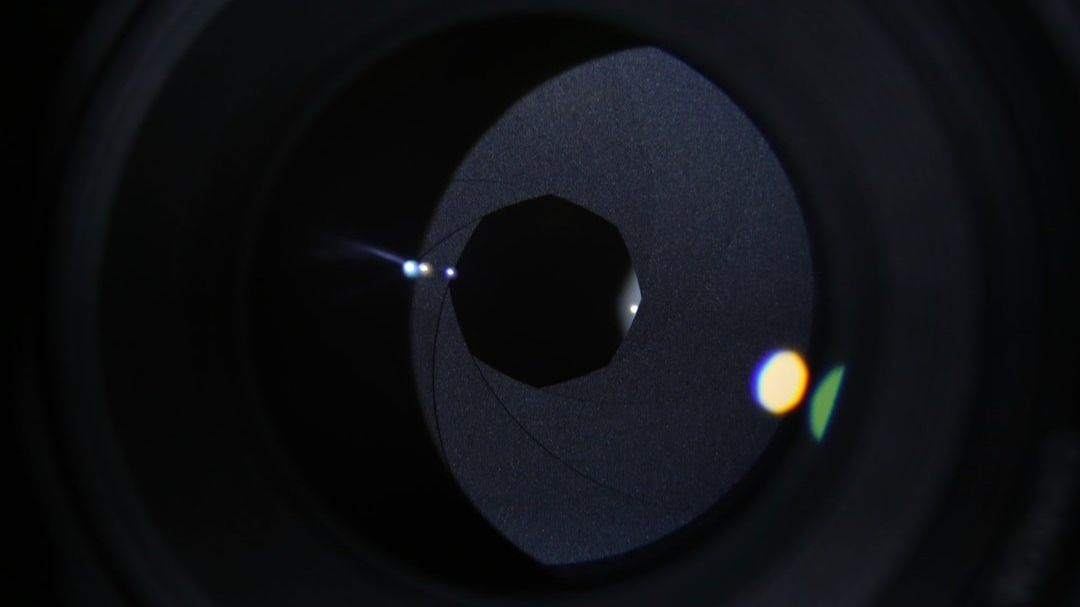 Ask any football fan who they hate the most among everyone on the field - chances are most of them will tell you it’s the referee. It’s not hard to see why, of course, as wrong calls can so easily cost your favorite team the win, and even if the call is in fact determined to have been wrong after the game and the referee is penalized, the damage is already done. But it’s not like referees are these maliciously incompetent people who are out to ruin your team of choice. The fact of the matter is that being the referee is probably the most difficult job in the entirety of football, as you not only need to physically keep up with all of the players as they run around the giant field but also mentally keep track of 22 people and hundreds of different rules and regulations that they need to obey. It’s honestly a surprise that any human can do the job at all!

Then again, maybe soon they won’t need to, as new technology is already showing great promise in the field, and while it may not completely replace a human referee any time soon, we may start seeing their job be made significantly easier. Take, for example, the Video Assistant Referee, or VAR - a technology that was first introduced to the FIFA World Cup in 2018 and has since made its way onto other championships, such as the Premier League and UEFA. Why? Because in its meager three years it has managed to completely change the world of refereeing.

To put it simply, VAR uses a series of high-speed cameras located in strategic places around the field in order to broadcast the game to a team of referees located indoors. This team has direct contact with the on-field referee, communicating with him and helping him make the correct judgment. The team not only has more eyes on the problem but also can replay the event that led to it and see it from different angles; this has already resulted in a significant reduction of wrong calls. And while it hasn’t eliminated them entirely, that too will come as technology continues to improve.

But while VAR focuses on the players, an entirely different system has put mechanical eyes on the ball. Hawk-Eye also uses cameras, but they come with specialized software which can accurately track the ball (even if it’s dirty) and determine whether it has actually entered into the goal, whether it went past the lines or even calculate the angle, trajectory, and landing spot when shot into the net by a strong kick! This becomes even more useful in sports like baseball and ping pong (which Hawk-Eye also supports); while it and this technology in general probably won’t be actively consulted for every match, it’ll become invaluable in resolving the disputes which pop up. 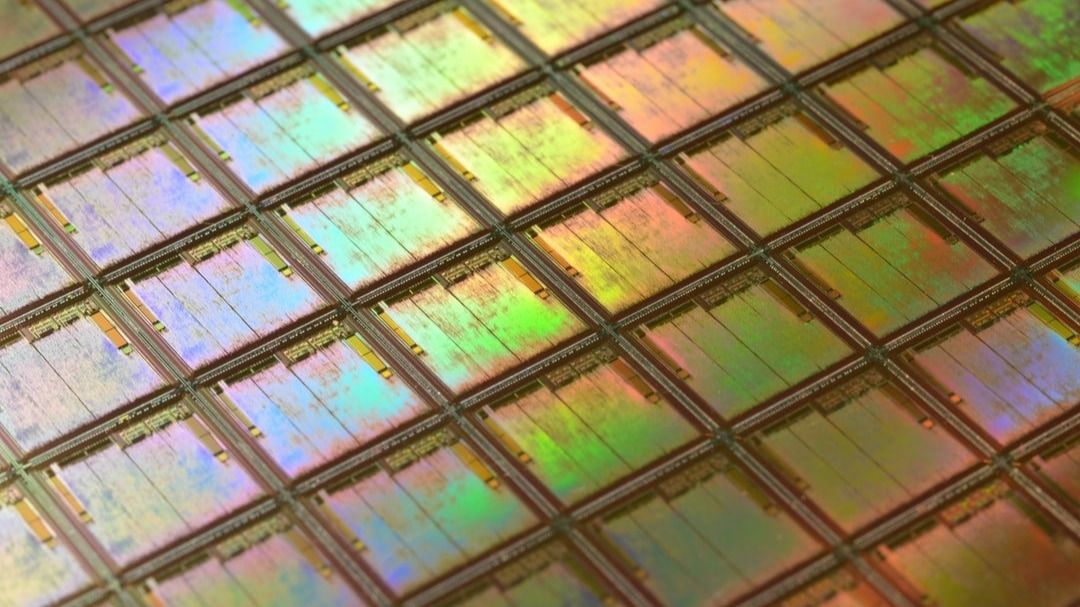 We’ve discussed how cameras can help the game, but they aren’t the only instrument that can be used to help track its development. After all, your phone can successfully track your location (for example when using the GPS function) even when your camera is off, right? Well, the same general principle applies to sports, as you don’t always need a camera to keep track of what’s going on. Radars have long been used to help commentators and referees keep track of a large number of players/contestants, but as technology has advanced, so have the tracking methods.

Take, for example, RFID chips. While you may not recognize the name, it’s the exact same technology used in modern bank cards and phones to allow for contactless payments. When in proximity to a reader, the chip can wirelessly transfer a small amount of information that has been recorded on it. So what happens when, say, you start a marathon race and give every contestant a small watch with an RFID chip to wear? The chip will interact with sensors placed in key locations around the route and thus relay the exact location of each contestant without the use of any GPS technology. What’s more, if two people cross the finish line at the same time, a scanner nearby can easily determine who actually crossed first.

Take, for example, the Easton Power Sensor, which can easily attach onto a baseball bat and then track its swinging speed, the direction of the speed, the power with which it was swung, etc. This, in turn, can show players exactly what they’re doing wrong. Maybe the angle from which they hit the ball wasn’t right, or maybe it was the exact opposite - the angle was perfect, but the speed wasn’t enough. In the world of swimming, the SmartPaddle serves a similar function, tracking the forces, speed, and acceleration in each stroke that a swimmer makes in order to help them determine the areas in which they can improve. 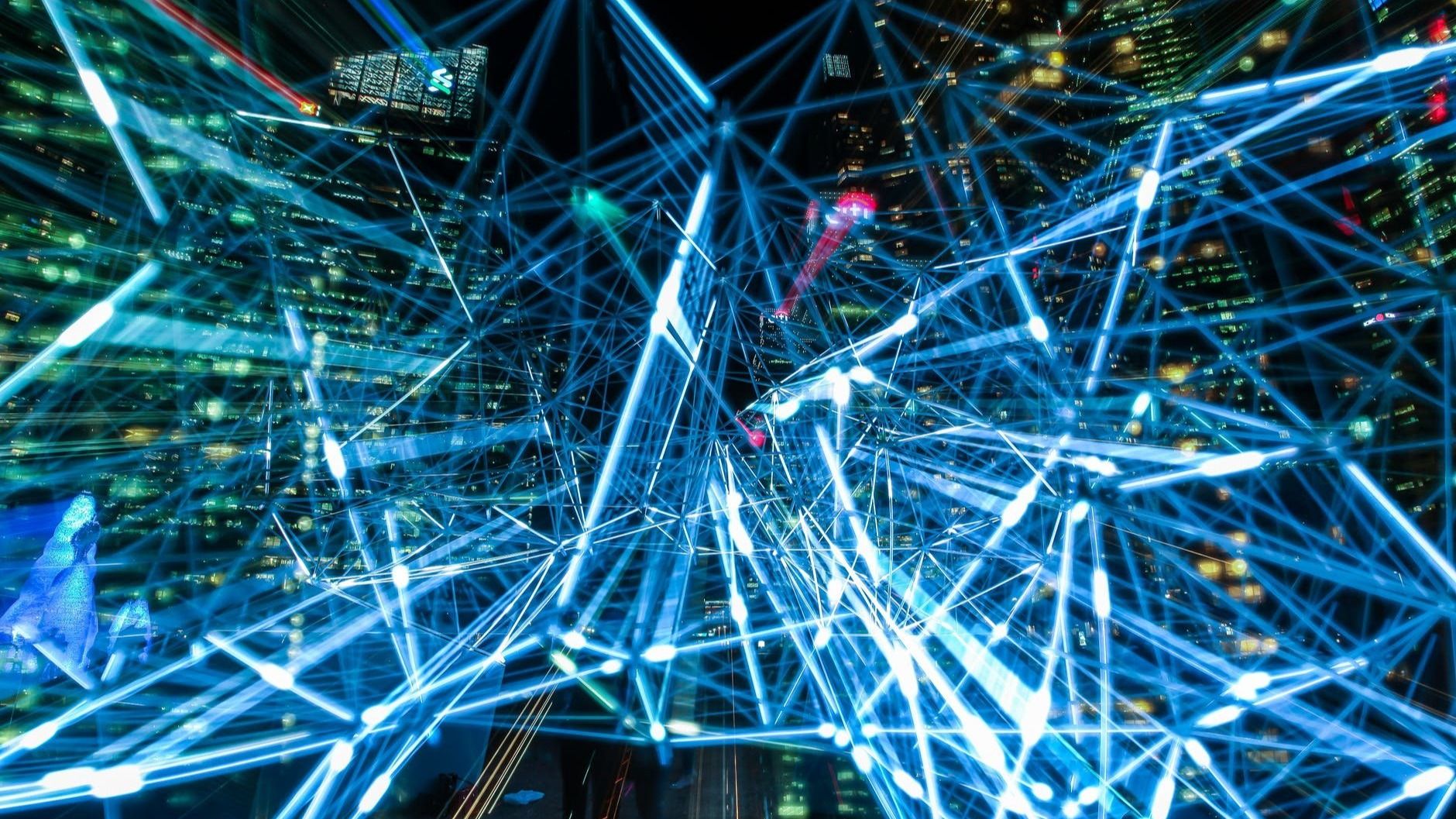 One thing that the digital age has made absolutely clear is that data is king. Big digital giants like Google and Facebook collect an astonishing, and sometimes disturbing, amount of data on their users in order to sell them personalized ads and earn the maximum amount of money. But data and analytics aren’t just used for profits, at least not directly.

In the Videogame industry, companies gather data about how players engage with the game in order to improve it and fix bugs, streaming giants like Netflix gather data on what people watch in order to bring each viewer personalized recommendations, and car manufacturers are using the data collected from thousands of cars in order to make them safer and more energy-efficient.

Naturally, this astonishing innovation hasn’t passed by the world of sports, and the competitors of several big championships are already using them to improve their performance. Take, for example, Formula 1’s use of analytics. Most sports don’t rely that much on individual variables - after all, every NBA stadium is exactly the same so the only things you need to worry about are the compositions of the teams. Not so much in F1, however - in fact, accounting for all the variables properly could be the deciding factor between winning and losing even more than the car’s specifications and the skills of the driver. The type of track, the weather, the individual components in the car (like the air in the tires), the configurations of the other cars, and the starting point can all drastically alter the time it takes to finish. Recording data during the qualifications and then using AI algorithms to predict the best possible configurations for the main event eliminates the uncertainty that comes from these variables and puts the spotlight back where it should be - on the driver and his car. 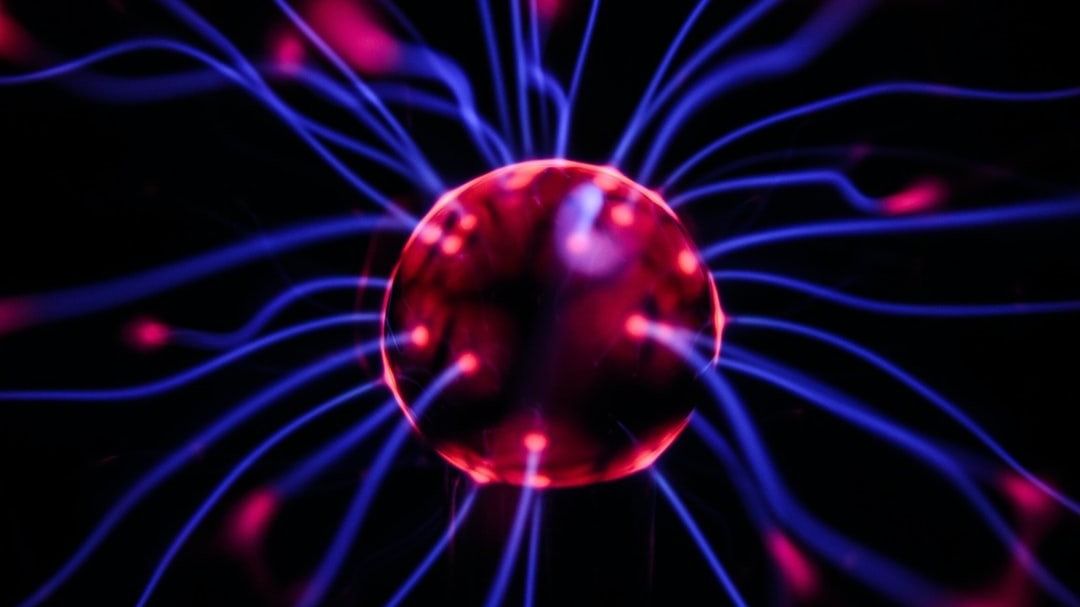 So far, we’ve only really explored currently existing technologies - some of which have already been put into use, while others may be in the near future. But before we return to the present day, let’s take a look at what sports may look like a hundred years from now. Because, believe it or not, there is a currently existing prototype that may completely and irrevocably change the way team sports are played.

The idea of “brain-computer interface”, or BCI, has been floating around science fiction authors’ imaginations for decades, and yet in 2021, we’re closer to achieving it than ever before. The idea is that, by using brain implants, humans can freely interface with computers and other technologies, and maybe even with each other.

Studies have already shown fascinating results - in tests performed on rats, several animals were connected into a shared brain interface and then given the same tests as a control group of completely ordinary, “single-player” rats. The networked ones outperformed their solo counterparts every time, sometimes by a lot, by sharing their brainpower and communicating with each other on a neural level in what scientists describe as an “organic computer”. Furthermore, during a different test, a volunteer was able to interface with a rat by wearing a non-intrusive device and then controlling the animal-like extension of his own body.

These types of experiments could lead to a revolution in many areas, but the applications for sports will change the way many games are played forever. Imagine a basketball game where all players are linked to each other on a neural level, aware of their thoughts and intentions in real-time and pooling their brainpower to come up with a plan on the go. Or imagine a soccer team controlled entirely by one person as if he was playing a real-life game of FIFA. This isn’t science fiction - it is inevitable. 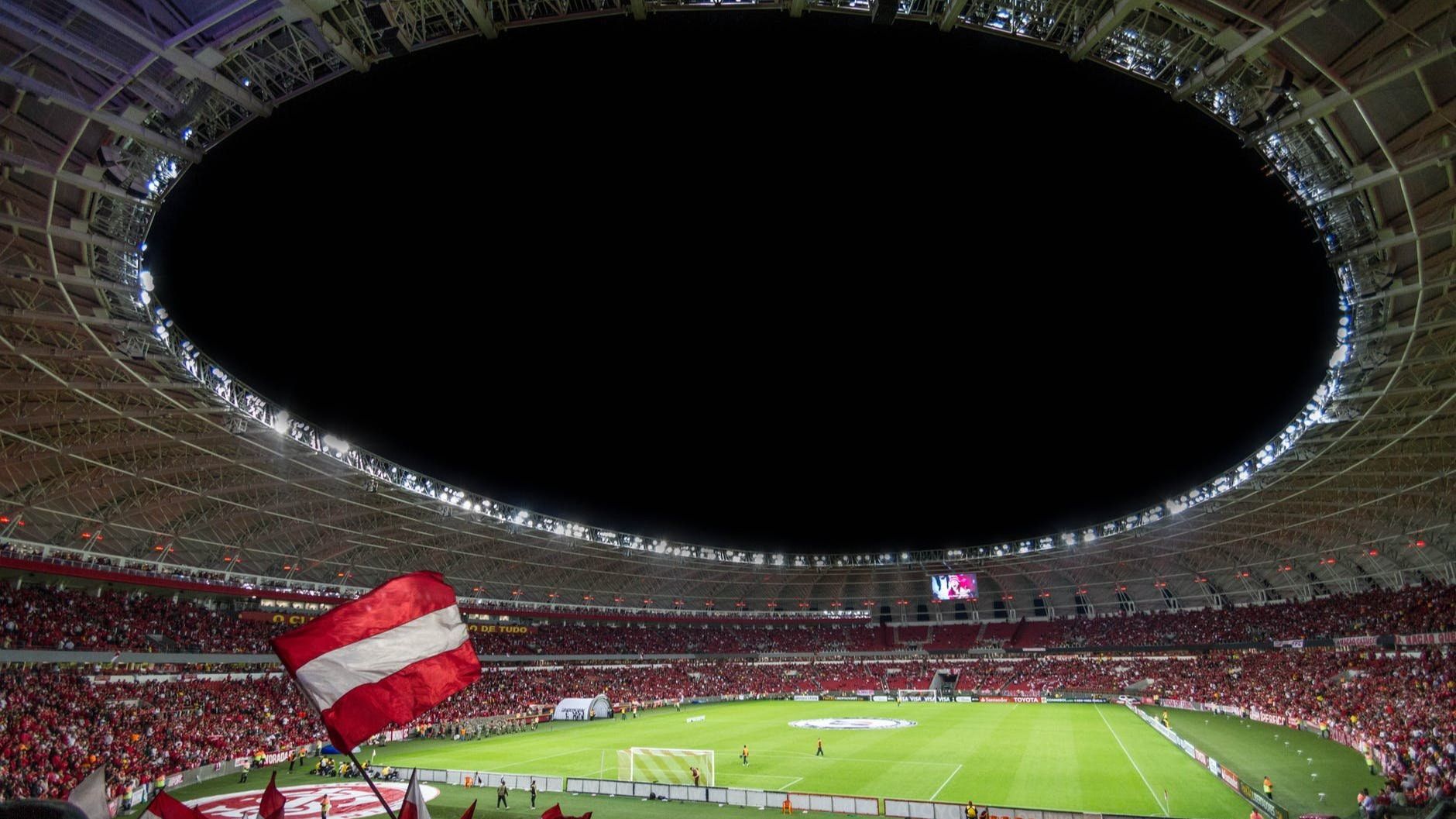 But let’s leave the future aside for now and focus back on the present - namely, on the technologies which we have implemented right now to change not only sports but also sports betting. Indeed, betting on sports is another area that has remained mostly unchanged from the time of betting on Colosseum matches in Rome all the way until the mid-90s, when the Internet introduced a whole new way of voting. You no longer need to fill out confusing slips or calculate odds and winnings from complex ACCA bets - at an online betting site, the computer does it all for you, and all you need to do is click a couple of buttons.

That development is pretty big in and of itself, but it has given rise to betting opportunities that wouldn’t have been possible at regular land-based bookies. One of the biggest is live betting, which allows you to bet on a game while it’s already being played. Normally this would’ve been extremely impractical (if not outright impossible), but with online bookies capable of refreshing odds every few seconds based on game developments, it becomes trivial.

With physical bookies, you would also be limited to only the ones nearest to your location. Online, you can select among dozens of bookies and take full advantage of that fact. However, cutting-edge bookies present the odds for each match across dozens of bookmakers side by side, allowing you to pick the best odds and win the most amount of money from your correct prediction. These online odds aggregators can also keeps a detailed record of results and past odds, allowing you to examine them and determine which is the likelier winner based on past performance. Sure beats trusting your gut at your local bookie, huh?

Related Stories
Subject Matter
Book a Demo. Ship Fast. Rest Easy. LaunchDarkly. by @LaunchDarkly
#promoted
Why You Should Chase Interesting Problems, Not Money by @daniel-chae
#tech
AI Will Drive The Market By 2030 by @annavoloshina
#artificial-intelligence
Top Free And Paid VPN Services In 2021 by @dmitry.leijko
#vpn
The Era of Attention Economy and Its Destructive Impact: Reasoning by Examples by @maddykutechno
#mindfulness
AI Is Changing The Future Of Online Dating by @itrex
#ai