Change of Guard: How Improved Security Protocols Can Lift Confidence in Crypto 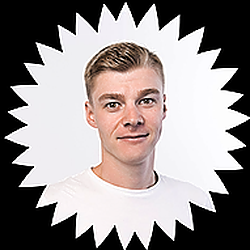 Andrus is an info security expert at ArbiSmart, specializing in blockchain security architecture.

Cryptocurrency may be the future of the finance world, but for something that seems destined to supplant or supplement financial markets, a lot of people don’t seem to really understand it.
A 2019 Kaspersky report found that, in a survey of 22 countries and over 13,000 participants, only 1 in 10 fully understood how cryptocurrencies work; over 80 percent had never purchased any cryptocurrencies before; and 35 percent thought of it as a “fad.”
Indeed the lack of public awareness about the benefits of crypto investment can put a damper on its popularity, but the greater problem is investor confidence.

With or without centralized regulation, how can cryptocurrencies and exchanges build confidence around themselves to elicit investment?

Current investor sentiment can be a mixed bag. Some have taken a step forward to invest, while others have kept their distance, worried about security. A central problem remains the absence of traditional forms of internal or government regulation.
The 2018 crypto crash is a well-documented example of what happens when regulation is non-existent. Consequently, the SEC stepped in and shed light on problems that crypto exchanges and coins faced.
On one hand, the market remained unregulated by financial and government institutions, which attracted investors who sought decentralized assets. On the other hand, the lack of regulation meant security and stability were not guaranteed.
Jay Adkisson’s 2018 piece in Forbes painted a luminous and concise picture of investor attitudes toward crypto:
“With cryptocurrency, there is no governing body to expand or limit the money supply to meet changing events, and utterly no mechanism to prevent widespread price manipulation.
This is the primary reason why cryptocurrencies are so volatile -- like a nuclear reactor without control rods, once a cryptocurrency is launched there is no way to control it until it finally burns itself out.”
But these sentiments don’t necessarily represent the future of the industry－far from it. Kaspersky’s study reveals there is still plenty of interest, showing that 25 percent of participants used, use, or would like to use cryptocurrency. So, what’s stopping them?
Although the cryptocurrency’s history has been rather short thus far, negative press stories have abounded. Nothing can kill prospective investment like the stories of theft, fraud, and instability that have plagued the industry as of late.

In 2018, Bitcosinist reported that $950 million in crypto stolen from exchanges and infrastructure, compared to $266 million in 2017, and $152 million in 2016. Most of these thefts were devised from what Bicoinst calls “inside jobs,” which translates to shady operations like fake ICOs, Ponzi schemes, etc. In some cases, exchanges used fake announcements that they were hacked to leave the door open for the hosts to steal from user wallets.
Moreover, many exchanges didn’t even have any instruments to recover from theft. A 2018 report by the New York State Attorney General’s office found that most exchanges were not insured or regulated, and some were designed with criminal intent or with “pump and dump” schemes.

At the time of the report, only four digital token exchanges had anti-market manipulation policies. Bitcoinist mirrored the AG report, claiming the top 100 exchanges had lax security protocols to protect users from hacking.

Most recently, as Facebook put crypto in the spotlight with its Libra coin announcement, investor sentiment started to change. The initial announcement in June of 2019 invoked a sharp rise in crypto interest. Alternative’s Crypto Fear and Greed Index placed investor sentiment at 95 points out of 100. Then the U.S. and European governments entered into the picture, when speculation mounted about how terrorist and criminal organizations could abuse Libra coin.

That same index number, originally indicating so much confidence in crypto, dropped to 20 points by late October.

While many of the speculative variables are beyond the control of crypto companies, self-mandated security protocols can be implemented by platforms and exchanges to protect user assets. In fact, it’s imperative to do reasonable due diligence on security－not just for the broad scope of the indsutry, but for clients’ confidence in individual companies who deal in crypto trade.
One mechanism that can serve as a fail-safe in the event of a hack or security breach is what’s called a “cold wallet,” which is an offline portfolio safe from online intrusions.
The portfolio should ideally contain a variety of different coins, like Bitcoin or Ether, to function as an insurance policy in case of theft. Fiat currencies should also be stored in a secure bank account to complement cold wallet coins.
Trading platforms must also check token and coin exchanges before onboarding them into their systems. Sometimes suspicious activity, a precursor to fraudulent schemes and theft, can be observed in exchanges and crypto coins during simple checks.
One way to inspect is through an open source code on Github for any possible malicious outsider manipulation. Combined with a 2-Factor Authentication password system, users can feel safer about investing in crypto platforms.
But beyond these measures, outside of company parameters, governments must also step up to the plate. In December of 2018, the FATF announced new efforts at the G20 summit to combat money laundering activity through intense regulation.
More importantly, though, the initiative proved that institutions not only saw the serious problems emerging, but that crypto had to be recognized as a legitimate asset and attention had to be dedicated to safeguarding its users.
In the U.S., the SEC is likely gearing up for a hard press on crypto, as evidenced by the Libra hearings and rejections of the Bitcoin ETF. These new efforts by no means imply that crypto will face stagnation or a hard crash.
Rakesh Sharma argues the SEC, with some basic regulatory infrastructure, could provide much needed liquidity in the crypto market, when hedge funds and other institutional investors feel secure about the assets in which they invest.
Rakesh writes, “Institutional money will prevent individual actors from manipulating crypto prices, as has been alleged in earlier reports.” He adds a comment about ICOs, “SEC regulation could clean up the space and make them viable investment options for investors by ensuring accountability and disclosure. Regulatory clarity will also help entrepreneurs.”

As the crypto-sphere experiences growing pains, exchanges and platforms fostering this ecosystem, as well as government institutions, must work together to instil assurances with investors.

Technological advances and institutional understanding of the space that is crypto will help establish security protocols to protect users from malicious agents. Without improved security, the future of cryptocurrency could be that of a fad that passes into the wind.

A Beginner's Guide To Setting Up A DASH Staking Rig