This is the second installment of my 'How I built' trilogy detailing the build process of all 3 of my clusters. Read the first here.

In October 2018, more than a year after building my first cluster Octopi, I had officially outgrown the cluster. I started noticing the performance bottlenecks started when I tried to run Wordpress on it, where a single page load of a newly installed Wordpress blog takes about 10 seconds! Nevertheless, all that was unsurprising given the measly single-core 700MHz processor on each node.

At that point in time, I've graduated from university then and secured a job as a Data Scientist + Full-Stack Engineer at a startup and I thought to myself:

What better a time to build myself a new cluster?

The second cluster was named Kraken.

The kraken (/ˈkrɑːkən/)[1] is a legendary cephalopod-like sea monster of gigantic size in Scandinavian folklore. (Wikipedia)

The Kraken is basically a much bigger and monstrous octopus, hence the name, symbolizing an evolution of the first cluster. It was built out of 7 Raspberry Pi 3Bs powered by a single USB charger.

With my first pay check, I had initially intended to finally build a cluster of 8 nodes but once again I was unable to realize this cursed idea. The maximum number of ports on a consumer-grade network switch was 8, enough for 7 nodes and a cable to the router.

An alternative was to use commercial-grade network switches with 16 ports but that was obviously was out of the question (and budget). 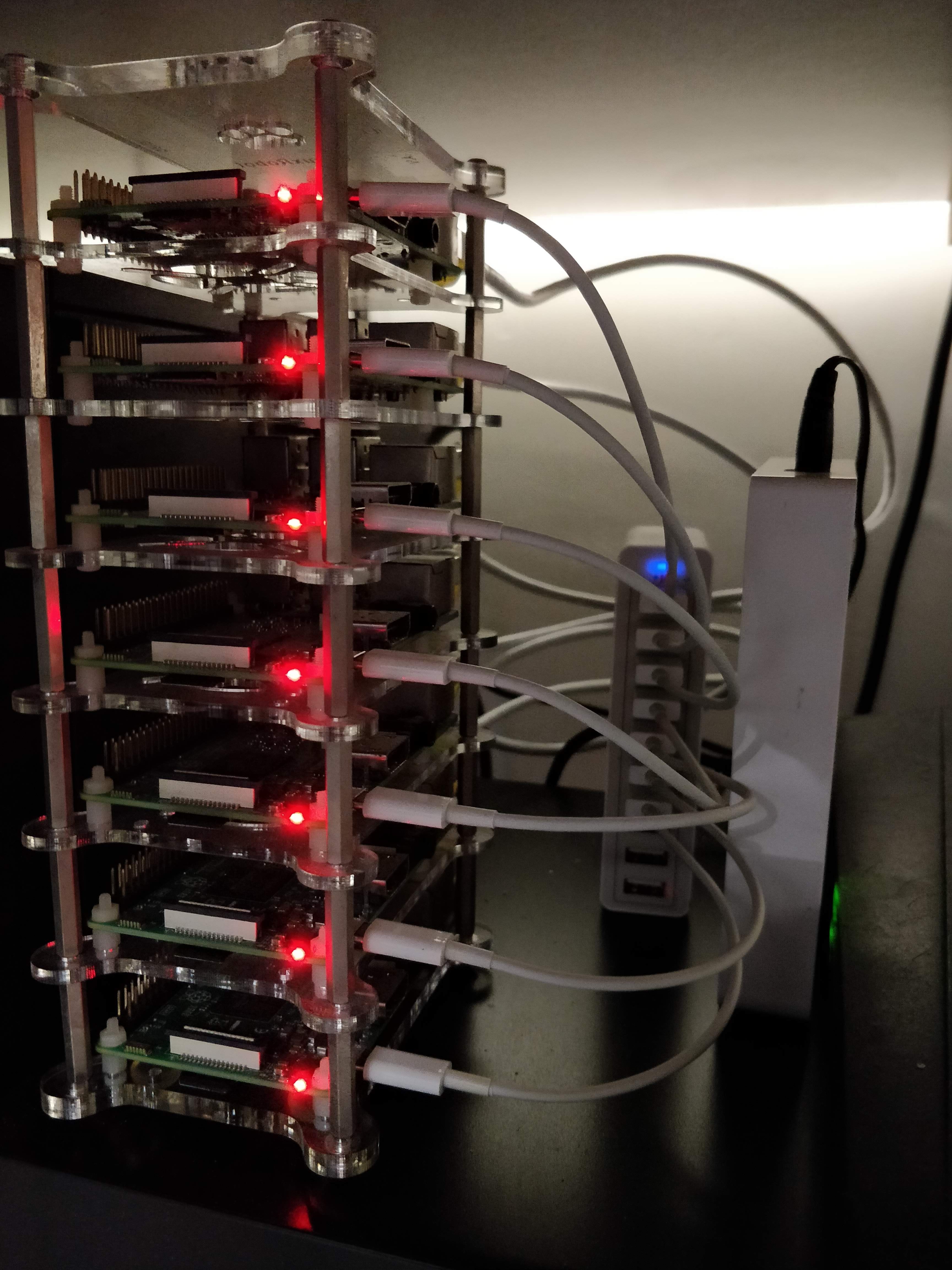 The Kraken cluster is born! (No that's not my ceiling)

The total damage my wallet sustained from Kraken was S$626.63 or in $449.73 USD, which was virtually all I had left for the month after subtracting expenses and education loan repayments.

Something noteworthy was that I chose a 32GB MicroSD card as storage for the first node as I had intended it to be the m̶a̶s̶t̶e̶r̶ main node of a Docker swarm setup and anticipated that I'd need additional storage for building and deploying Docker images. 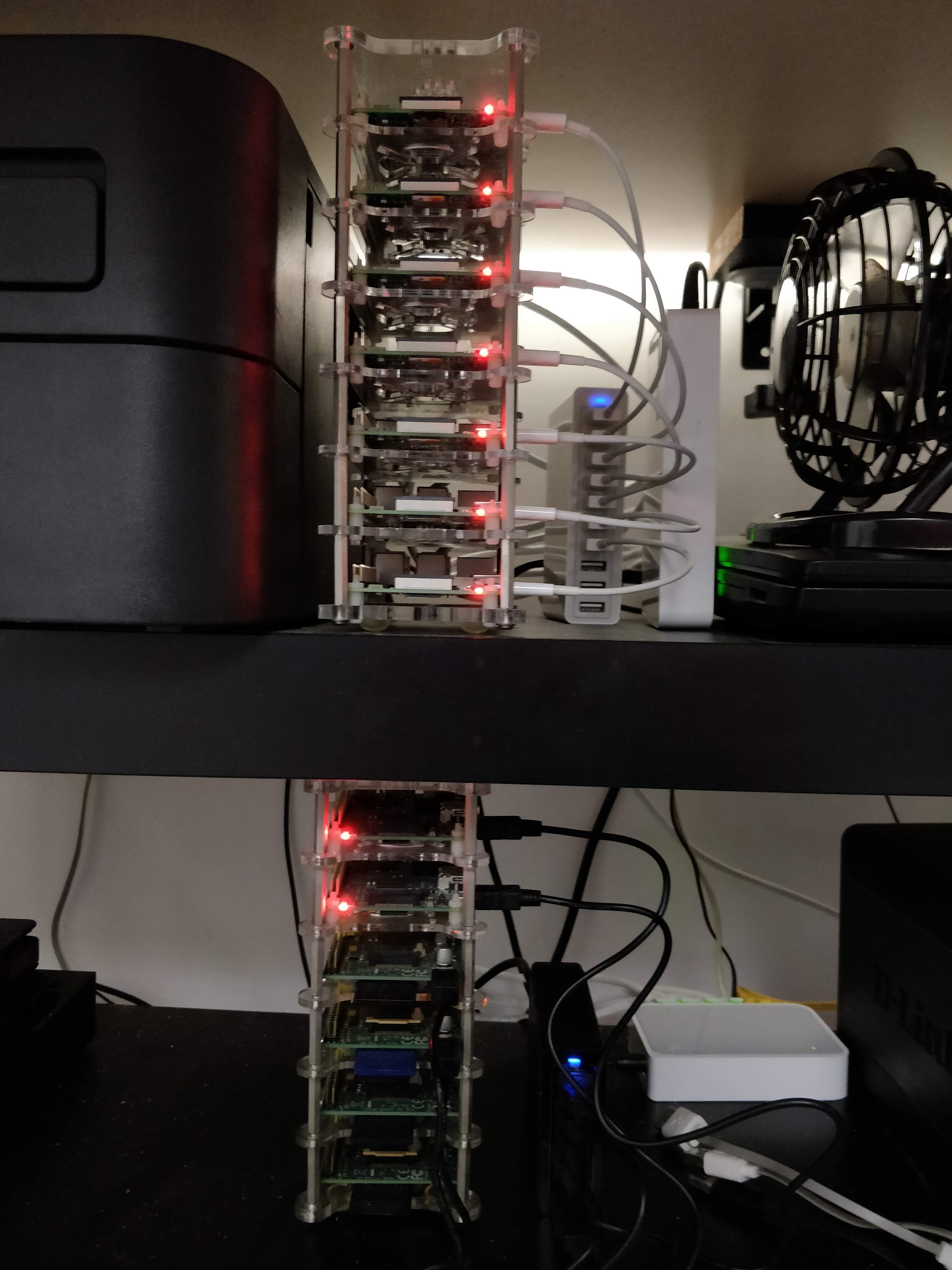 Here you can see Kraken (top) and Octopi (bottom) co-existing, in a photo shot with a potato

One year later in September 2019, I found myself regularly hitting the bandwidth limit of 100Mbps on the built-in ethernet ports of Raspberry Pi 3Bs, especially when doing large file transfers in or out of the machines, where transfer speeds hover around a sad 8MB/s. 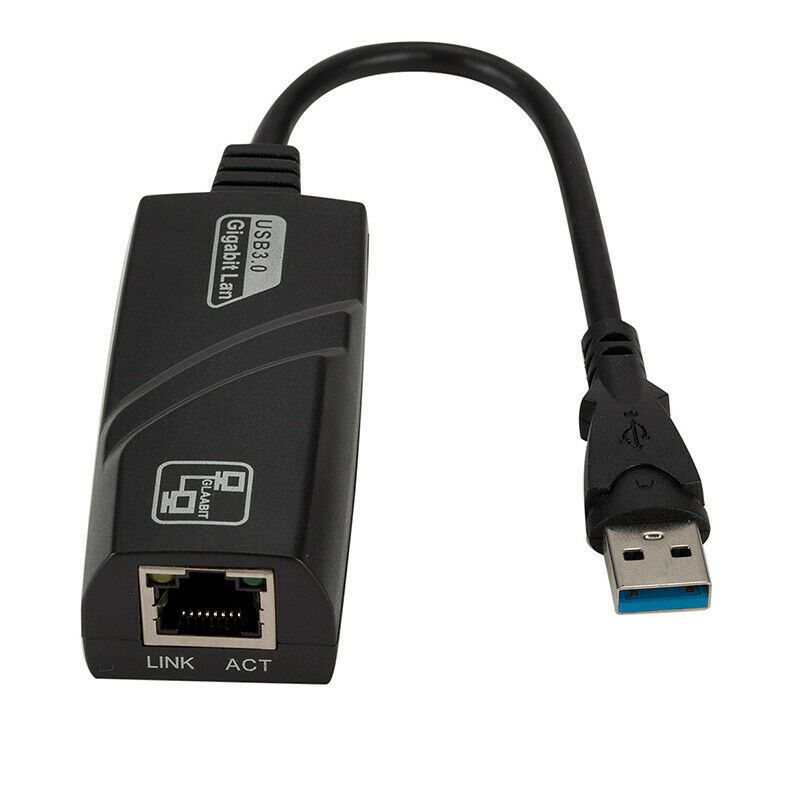 After the upgrade, this is how Kraken looked like:

Running iperf before the upgrade, we see a maximum bandwidth of 93.1 Mbps.

Running iperf after installing the gigabit adapter, we see a maximum bandwidth of 224 Mbps!

With that simple mod, I've gained 131Mbps per node. However, these are still only theoretical speeds as typical usage scenarios involve writing data received from network to disk, but iperf only receives data from the network and does not write data to disk.

Sustained full utilization of this newly available bandwidth is highly unlikely in typical usage, even in web serving. It will mostly aid in transferring large assets like images faster for the first load, after which the images will be cached by users browsers.

Additionally, the actual bandwidth is still constrained by the notorious shared USB 2.0 bus in the Raspberry Pi models 1 to 3.

For the uninitiated, the 480Mbps theoretical unidirectional bandwidth in a single USB 2.0 bus is shared between the Ethernet Port, the SD card slot and all USB ports.

Even though the tabulated numbers give the impression that there is no performance gain from this upgrade, they represent the worst case scenario where typically, one would expect mostly reads and few writes in web-servers.

Bandwidth distribution should typically look like this in real-world:

Should you build this cluster?

This build is for you if you:

This build is not for you if you:

I highly recommend building this cluster for anyone who's keen on getting into Docker and Kubernetes for 2 main reasons.

Firstly, this cluster is compatible with the latest versions of officially supported Docker images. Raspberry Pi 3Bs run on the armv7  CPU architecture, which happens to be the current lowest common denominator among Arm processors today.

Secondly, this cluster would be perfect for most but the most bandwidth demanding applications, from hosting your own blog, file sync service, media library managers, link-shorteners, note-taking applications and so on. The only time it would not perform as intended is when your application demands heavy sustained writes, such as when encoding videos, given the USB 2.0 bus bottlenecks in the Raspberry Pi 3, which is resolved only in Raspberry Pi 4.

All in all, building a Raspberry Pi 3 cluster is, in my opinion, the most cost-effective way of learning Docker and clustering in general, and will remain so in the foreseeable future. So if you are just getting into Docker, I'd highly recommend this build.

In my next post in this series, I shall introduce the Leviathan cluster which I have built specifically for high I/O applications, capable of real-time video transcoding and streaming of HEVC -> h264 videos.

Related Stories
Subject Matter
Book a Demo. Ship Fast. Rest Easy. LaunchDarkly. by @LaunchDarkly
#promoted
Building Cheap Raspberry Pi Cluster from Scratch by @ikarus
#raspberry-pi
How Many Devs Does It Take to Fly To Mars? by @natasha
#hackernoon-podcast
DevSecOps Introduction: Clear Instructions on How to Build a DevSecOps Pipeline in AWS [Part 2] by @gourav-das
#devsecops
The A-Z Of Email Development And Sending by @andriy.zapisotskyi
#email
Decentralizing The Internet: The Hitchhiker's Guide by @nich
#decentralized-internet
Why You Should Chase Interesting Problems, Not Money by @daniel-chae
#tech