Blockchain: The “Value Superhighway” into your Wallet 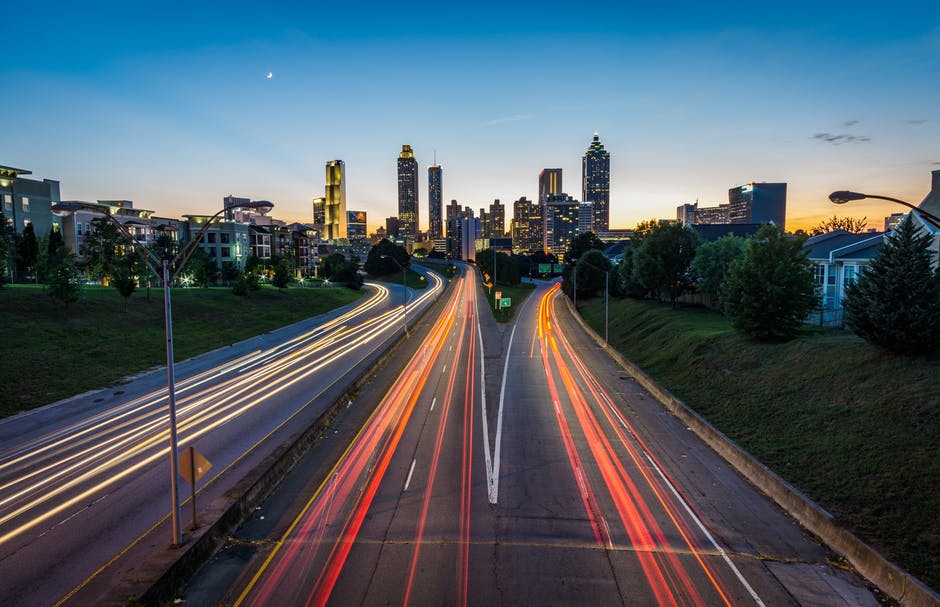 Let’s skip the technobabble and talk about how blockchain will impact the wallets of you, me and maybe even your mom.

We’ve been bombarded with decentralization this, and trustlessness that, but really…why should the Average Joe give a #$%??

So let’s start with what blockchain actually does:

Blockchain VERIFIES individual contributions, and in some cases, DISTRIBUTES VALUE to these contributors.

A glorified ledger that tracks stuff. Cool. But let’s be honest with ourselves, this sounds like gibberish to most people, especially our parents.

What does this actually mean for the Average Joe?

Blockchain will provide a way for people (and things) to be compensated for ALL types of contributions: big or small, work or leisure. Your previously INVALUABLE skills, knowledge, creativity and time…now have VALUE.

To understand how we get there, let’s revisit history.

Back when Kurt Cobain, Tupac and Biggie were still alive, the Average Joe described the Internet as the “Information Superhighway.” A cheesy phrase if you ask me, but still better than Hypertext Transfer Protocol.

Like blockchain, the Internet means different things to different people.

At its core, however, it solved a major problem from the Real World. It’s cumbersome and expensive to share information in the Analog world, especially around the globe. The “Information Superhighway” solved this by providing instant global distribution of digital information. These new capabilities have ushered in a period of unprecedented new value creation.

How does one determine the “value” of an item or activity?

It’s a difficult and rather esoteric exercise, so the tendency is to valuate based off either initial inputs (e.g. time spent) or final outputs (e.g. product, cash flow), ignoring most everything in between.

Today’s organizations are incredibly reliant on the cooperation and contributions of its employees. So it’s mind-blowing that companies still compensate their employees using Industrial Era models that haven’t changed in 100+ years: hourly wages, salaries based on attendance, and flat rates based on time spent.

Input, time-based compensation is woefully inefficient for compensating productive work in today’s modern economy. Even worse, it undervalues important contributions such as leadership, mentorship and cooperation.

On the other end of the valuation challenge, you have many stakeholders and contributors who are “left out in the cold.” For example, consider that the vast majority of Facebook’s content is provided by consumers and small business partners. Yet, these contributors are often under-compensated or not compensated at all. The collective value from their contributions is instead held by the Facebook corporation that owns the final product and its associated digital info.

Whether one is valuating contributions based on initial inputs or final outputs, both methods rely on a centralized player to determine and distribute compensation.

A centralized entity that determines how much your time is worth.

A centralized entity that owns the final product, all of its associated info, and much of its accrued value…and has the exclusive choice to distribute value to you (or not) as it sees fit.

To put it more plainly, just imagine you had a boss like Michael Scott deciding the value of all your work contributions…

What about the centralized entities who do want to compensate their contributors?

$30+ billion Airbnb and $60+ billion Uber have publicly acknowledged the crucial role of their sharing economy contributors:

But as the Juno case illustrated, good intentions may not be enough to overcome the significant hurdles in distributing “value” to contributors. Today’s regulatory frameworks and liquidity options are simply not designed for free-flowing distribution of “value.”

Bitcoin’s appropriately named proof of work consensus model, in a nutshell, is a transparent way to verify one’s work contributions.

By using math to directly verify work contributions, Bitcoin and other blockchains are able to pinpoint the “value” of an individual’s contribution from the larger haystack.

Direct and precise verification lays the groundwork for new valuation models that will be magnitudes better than previous models that relied on indirect and imprecise inputs and outputs.

As consensus and valuation models improve, I’d expect an exponential growth in the number of activities and contributions that will be efficiently compensated.

A transparent verification process means anyone around the world can see where the value is coming from. This makes it that much more difficult for a misbehaving gatekeeper (like Michael Scott) to suppress, ignore or manipulate the “value” of your contributions.

Transparency combined with well-designed incentives (aka value distribution) means we can avoid the centralized Leviathan altogether.

Besides giving us the warm fuzzies, why should we care about distributing “value” to contributors?

Because incentives drive us. When “value” is offered as an incentive, humans will literally move mountains.

Valley tech companies pioneered the distribution of company equity to employees, essentially transforming these employees into mini-owners. These employees were then incentivized to grow their individual wealth by aligning their work activities with the interests of the larger company. Today, tech companies’ dominance of the stock market and our everyday lives highlights the effectiveness of using value distribution to align groups of people.

The insight from Silicon Valley is that “value” is NOT a zero-sum game. The whole is greater than the sum of its parts.

Employee stock options democratized ownership of company “value” from a few founders to thousands of employees. Blockchain takes this democratization to a whole new level to include MILLIONS, perhaps even BILLIONS of consumers, partners and other contributors.

Blockchain solves this problem by valuating stuff and distributing it everywhere.

How will this affect my wallet?

Consider the many different work activities you perform for your job today.

Now think about the many different leisure activities you enjoy.

What if you could be compensated for each of these work and leisure activities?

In fact, there already are several blockchain solutions that compensate you for activities such as answering surveys, browsing the web, online shopping, and even watching TV.

Now, not every activity can or should be compensated via blockchain. But just as the Internet enabled completely new ways to make money (did anyone predict social media managers?), blockchain will do the same.

So the bigger question is how such a future will affect you, your family, friends and colleagues?

Would having multiple income streams change your attitude towards your 9-to-5 job?

How would you allocate your free time?

How would you differentiate between Work and Play if you’re getting compensated for both?

The Long Road Ahead

The Internet, aka “Information Superhighway,” required decades of iteration on products, ecosystems and business models to arrive at an efficient global network for information.

Likewise, for blockchain, aka “Value Superhighway,” much work remains on what is today, just a dirt trail.

This is a multi-decade journey that will require patience as the industry proceeds one bite at a time. But the underlying ingredients are incredibly promising:

Thanks to improved valuations and better aligned distribution on the “Value Superhighway,” blockchain will have a major impact on how we organize, work and play.

In future posts, I’ll explore in more detail how blockchain will touch our daily lives, as well as dive into the building blocks of the “Value Superhighway.”

Progress never proceeds in a straight line — there will certainly be plenty of detours, dead-ends and accidents along the way. My hat goes off to all the entrepreneurs, investors, regulators, academics, and most of all — the contributors, who are paving the road for others to follow. I’m just happy to go along for the ride.

Like what you read? If so, please hold the clap button to clap away!