Bitcoin and digital currency: A guide for your Mom 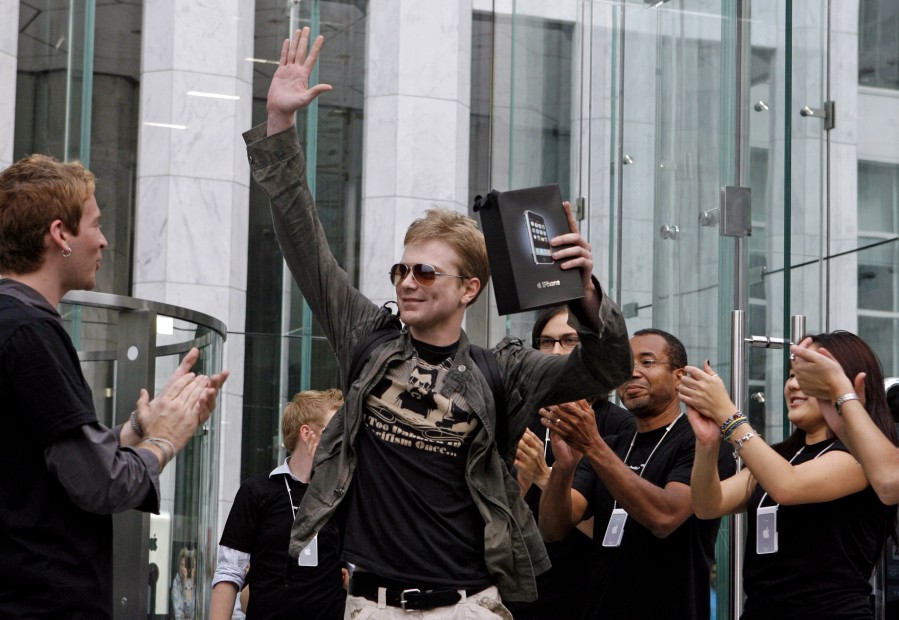 Bitcoin, Ethereum, and Blockchain where is it all headed?

I would like to take a shot at explaining digital currencies and briefly talk about where I think this is all going. As someone who has invested, used, and now is working with the technology, I get a lot of questions about digital currency. Mostly, people want to know what to make of it all. This type of frenzy in technology reminds me of when my Mom asked if she should buy the iPhone two years after it came out. So here goes my response. There is a frenzy around cryptocurrencies and there is a lot of noise, some fraud, but mostly so much excitement at the possibilities and the doors this technology opens up.

Digital currencies and the Blockchain technology that power them are, in my opinion, the most revolutionary thing humans have invented; definitely since the internet, but maybe even since we invented trade. To sum up the achievement, we humans have not yet figured out a way to trust each other, but we have figured out a way to force machines to trust each other, and that is powerful. It cannot be understated, and my little post will not do this justice. When humans started trading their teeth for meat that was revolutionary, no one will deny this. When we invented money, instead of just trading teeth that was even more revolutionary because we got to keep our teeth. The day we digitized and decentralized money from the control of any government, any group, or any organization will also be remembered in history as a moment that was just as important.

Ok, What does it all mean?

Bitcoin is just one digital, or cryptocurrency, of many. The dust has not settled as to what the official new digital money is. The good news is, Bitcoin has become a fantastic store of value, meaning even if it ends up becoming the digital gold of the internet, a place to store value, a good investment asset, or a way to move large sums of money around with little government intervention, that’s still pretty damn good. The value of Bitcoin is fairly stable, the technology is stable, and more importantly, it is the most mature of the lot. Bitcoin, I would say, has the same probability of going away at this point as any modern government backed currency, dare I say the dollar. In short, it won’t be going away anytime soon.

Bitcoin, I would say, has the same probability of going away at this point as any modern government backed currency… In short, it won’t be going away anytime soon.

Other currencies, like Ethereum, are setting themselves apart by doing much more than just digital money. They are extending the trust model to so many other areas and removing middlemen like Banks, Lawyers, and many other organizations and groups that exist purely so a contract between two parties can be verified. This technology is still fairly young, but they have made good use of Blockchain technology, which is what underpins the trust model, and have had insights that this is capable of way more than just digital money. As if that wasn’t enough.

There are so many other iterations of this stuff, like Litecoin, and on and on. I don’t want to opine on the super basics, there are so many great articles out there to read the basics of these things. Other new and innovative things that have come out of blockchain technology are these new things called ICOs. An ICO, initial coin offering, is basically a way to “invest” or give money to a new blockchain company or idea by buying their coins. There has been over a billion dollars dumped into ICOs this year alone; that is money given out to companies much like a kickstarter campaign purely on faith that they will make something of it. The government has cautioned those investing in ICOs as a potential channel for fraud and potentially violating securities laws although they have so far not taken action against ICOs. They have, however, given Crypto and blockchain technology the thumbs up, by taxing capital gains in the profits of investing in Bitcoin. To be fair, there has been fraud with ICOs; I recommend staying away for the faint at heart.

Why the frenzy? What’s everyone seeing that you’re not?

We are witnessing a fundamental shift in the way people buy and own goods, one that is so radical and unexpected that it will change the economics of the world forever. It is not far fetched to say that we are witnessing the rise of the “economic internet”. I don’t mean the spending of money online, we have all been doing that for some time. I mean a shift to where the money is baked right into this new iteration of the internet. This is a subtle but massive difference, one with no middlemen facilitating the banking, the transactions, or dictating the rules. Once it gains traction it will upend everything we know about the current systems.

I don’t blame you for the skepticism, a little skepticism is good when it comes to something new. My argument is that if you are on the fence then just hop over and get in, this is transformational, and not so new anymore, the early internet was transformation but lots of people were skeptical of it. It’s not like you couldn’t do business in the early days of the internet without using it. You absolutely could do business using tools like a phone and paper; many Fortune 500 companies were built and a small few are still alive today. After the internet though, everything changed. It slowly became impossible to compete with the companies using this early network. The internets many tools, such as email and messaging, gave companies a huge advantage and soon it became impossible to compete without using them as well. A short time after that, companies were born that embraced this new way as the only way of doing business; most of those companies are leading the Fortune 500 today, they are the Googles, Amazons, and Facebooks of the world.

Similar to the early internet, it’s not like we can’t do business today, own gold, or buy and sell things without these new cryptocurrencies. We do it everyday using plastic cards in our pockets, and tons and tons of middle men exist that profit from every transaction. After these digital currencies and assets gain a little more momentum, it will become increasingly difficult to compete without embracing them. For the middle men that rely on high transaction fees, it will become impossible to survive and companies that embrace this technology and bake it into their very fabric will be the titans of tomorrow. These companies will be enriched by the network effects and the vast understanding they will gain. That insight will unlock new possibilities that we aren’t even thinking of today. Just like we couldn’t dream up Google or Facebook in the early days of the internet.

What are the risks?

In the world of technology Bitcoin is already maturing. It’s in fact already a daddy and a grand daddy to many other forms and forks, a fork is a split, of this tech. That is not to say there are no risks, one should be careful and use reputable services to get into this space even for investing. The internet is a lawless land, the Wild West still, this new form of gold born on the internet can very much be vulnerable to hackers and thieves, if one is not careful about who they use to get in. If you use services like Coinbase to buy and hold Bitcoin, Ethereum, and other iterations of this stuff then you’ll be fine.

There are so many guides on how to best secure this technology. In short, there still needs to be work done in this area before common folk like you and me can manage our own wallets, but we will get there. Don’t take crypto currency security into your own hands, use a reputable service.

There is of course always the risk that there will be some massive hack and the value of these things will drop. I say this risk is much lower these days. This has already happened and these currencies have recovered and are stronger because of it. The risk of you losing your money, if your using a reputable service is about as low as the risk of you losing your money in your brokerage account; not very likely. It was worse in the very early days but there is no sense in rehashing old tales.

Where are we right now?

Well look, we’re still in the early days to be sure, but we already have lots of progress; people are quitting their jobs to just work on this stuff. People are building applications and entire companies on top of this stuff. Some others are betting their hard earned cash on it. These are otherwise smart and hard working people, sure we can call these early adopters risky. There is investment pouring in from every part of industry into this technology; everyone is at least exploring it. Everyone has a sense that the game is about to change. The market caps of many coins has grown exponentially and shows no signs of slowing down.

The cat is out of the bag and this technology is not going away, this is not a point for debate. Now the question of how it evolves and all of the problems it evolves to solve are still open for debate.

I believe the real value will be in the killer applications people build with this stuff. The unknowns that those early pioneers will encounter and wrestle with, that is full of excitement. As an engineer and a builder with entrepreneurial spirit, I am getting together with a few other people and we are throwing our hats in the ring and building something with this technology.

To start, my team and I are building a service that will allow people to earn these currencies for the things they do everyday. We will start with giving people cashback on things they buy online everyday but we wont stop there. Our ultimate goal is to introduce everyone to these technologies so they can be apart of all the upside in a frictionless and riskless way.

What are you waiting for? Signup for early access to our service if you want to start earning Bitcoin and Ethereum!